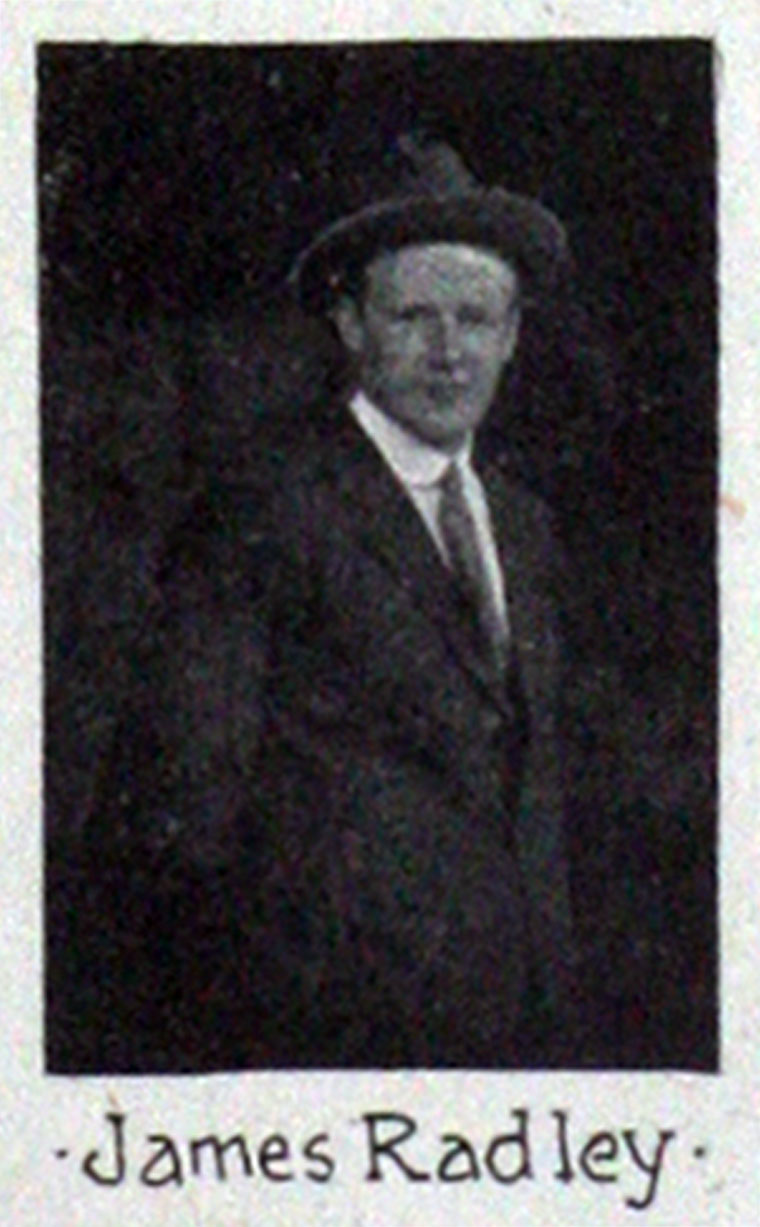 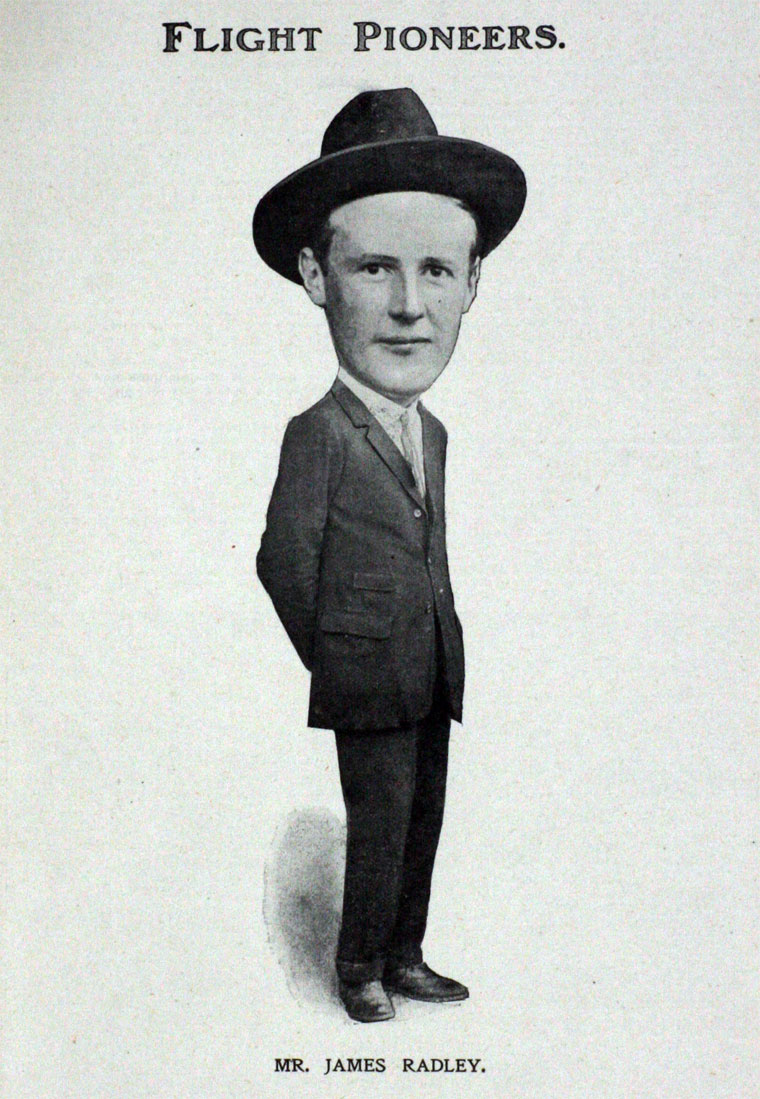 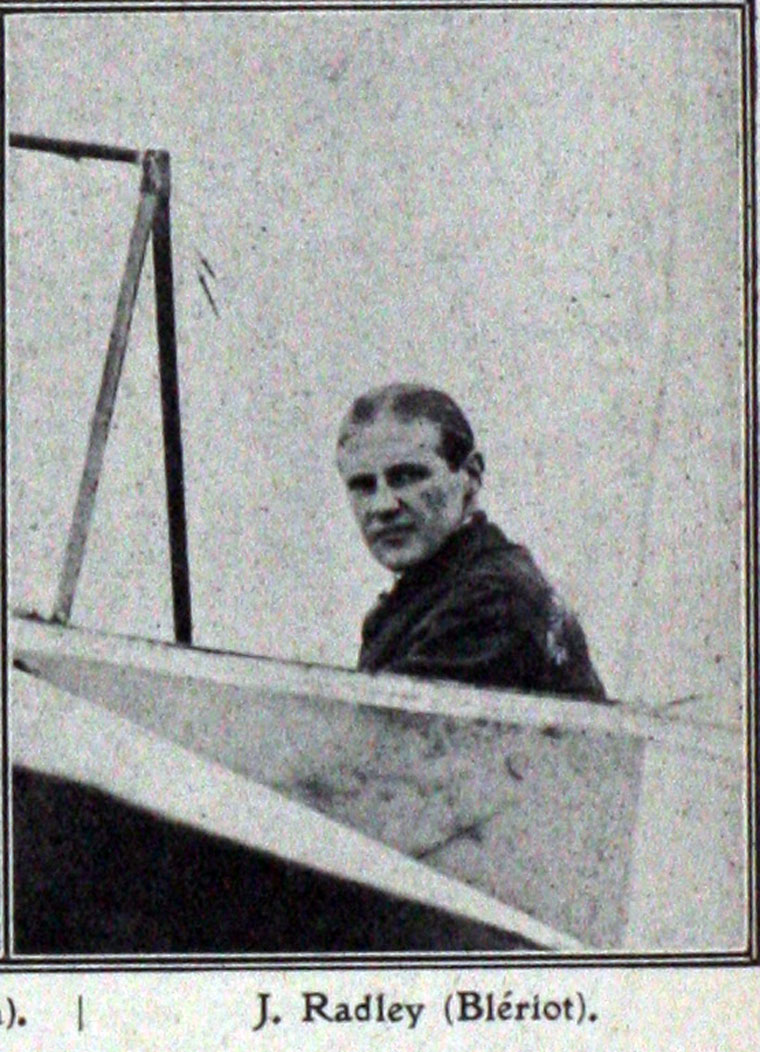 1884 April 4th. Born the son of James Radley, a colliery owner, and his wife Fanny Prescott Radley, at Dunmow Hall, Slaidburn in Yorkshire.

Radley started as a racing driver

1910 April. Flew eleven circuits covering a distance of sixteen miles in just under twenty-three minutes in a Bleriot. Only been flying for eleven days.[2]

1910 May. Advertisement. James Radley to give a flying exhibition at Bedford Polo Ground with two Bleriot monoplanes..[3]

1911 Entered the Daily Mail Circuit of Britain Air Race and was to use an Antoinette monoplane, but he failed to start.

1912 July. Won a cross-country balloon race where he achieved a distance of 132 miles from Hurlingham.

1913 Circuit of Britain race: Radley in co-operation with Eric Cecil Gordon England designed and built the Radley-England water-plane to take place in the 1913 race. It was damaged before the race and did not complete, the aircraft was subsequently modified and re-built.

1959 Died at his home at Woodgreen, Hampshire.