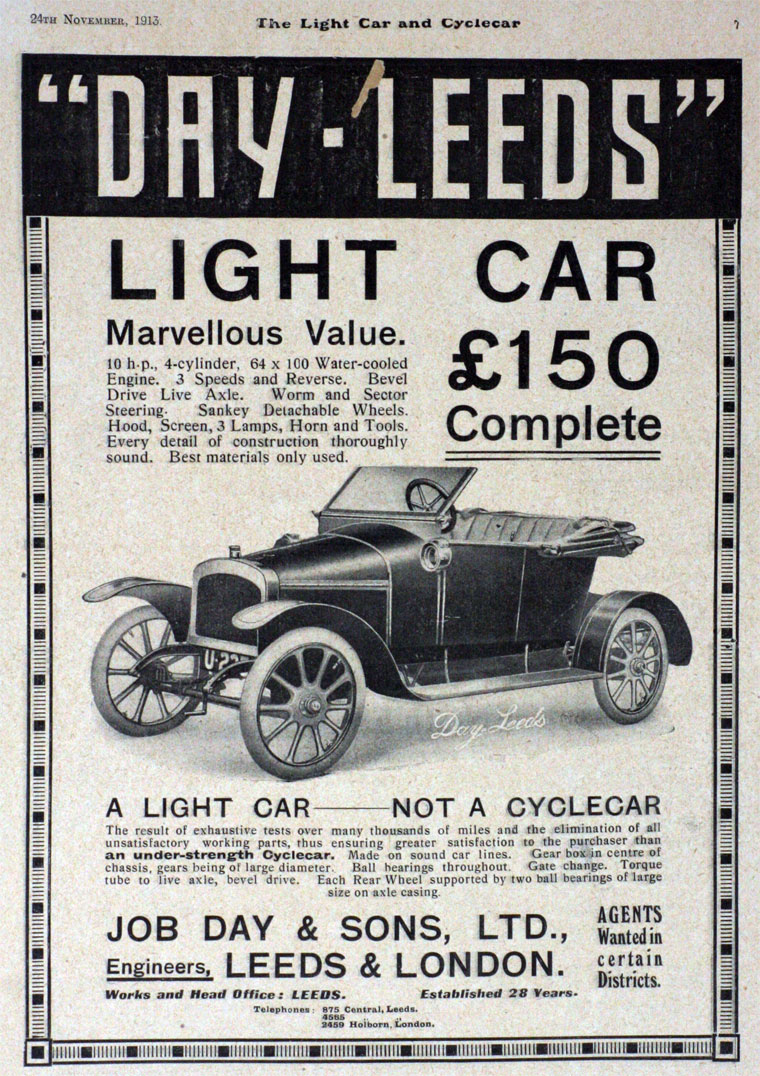 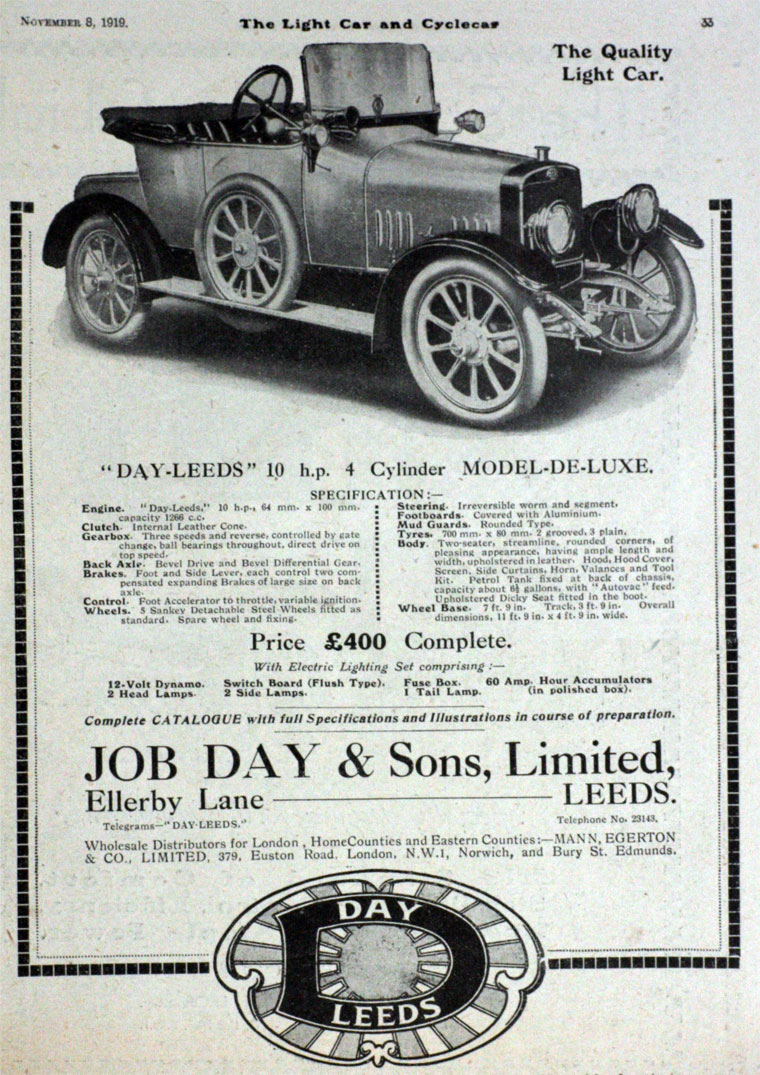 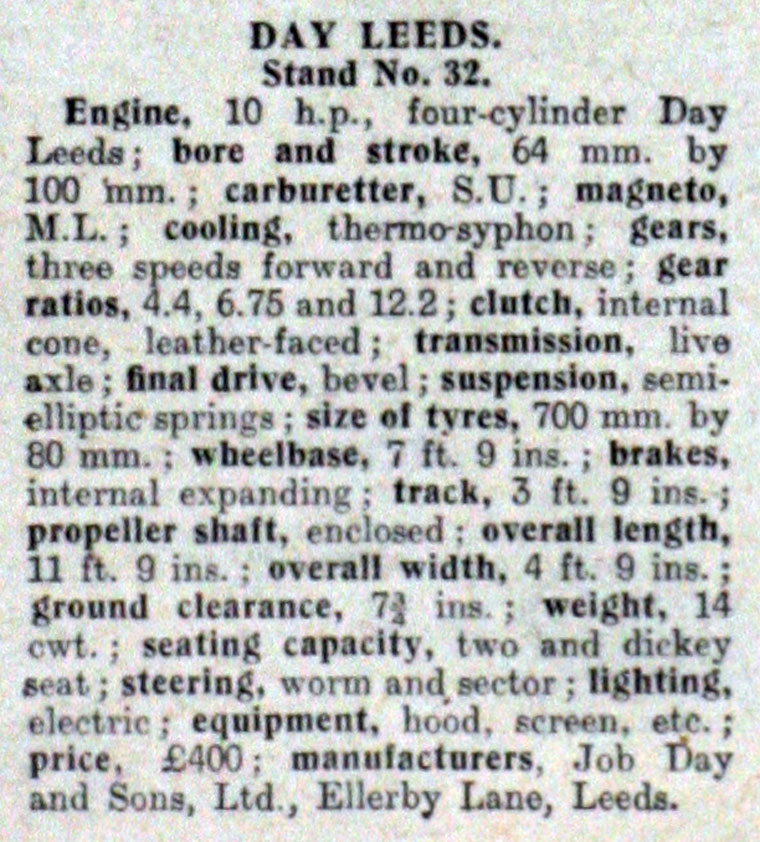 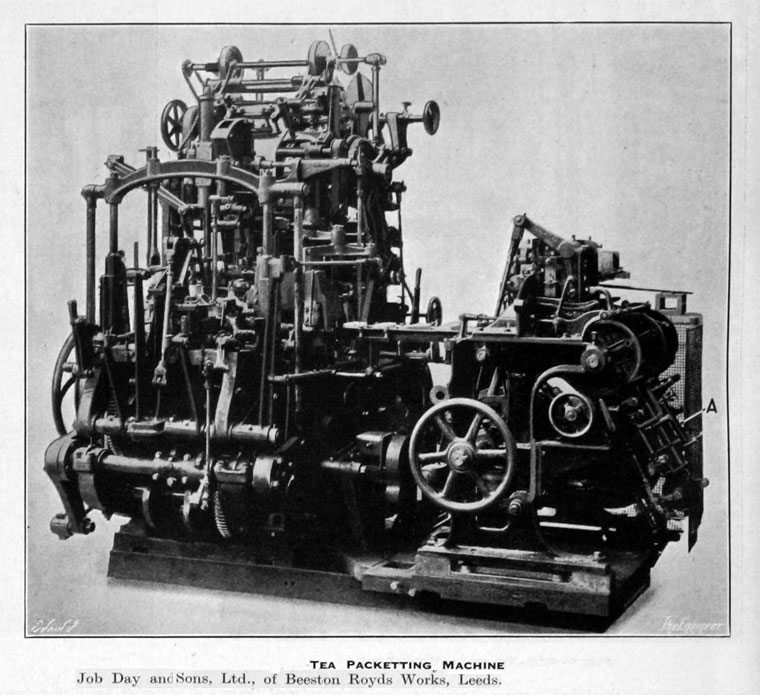 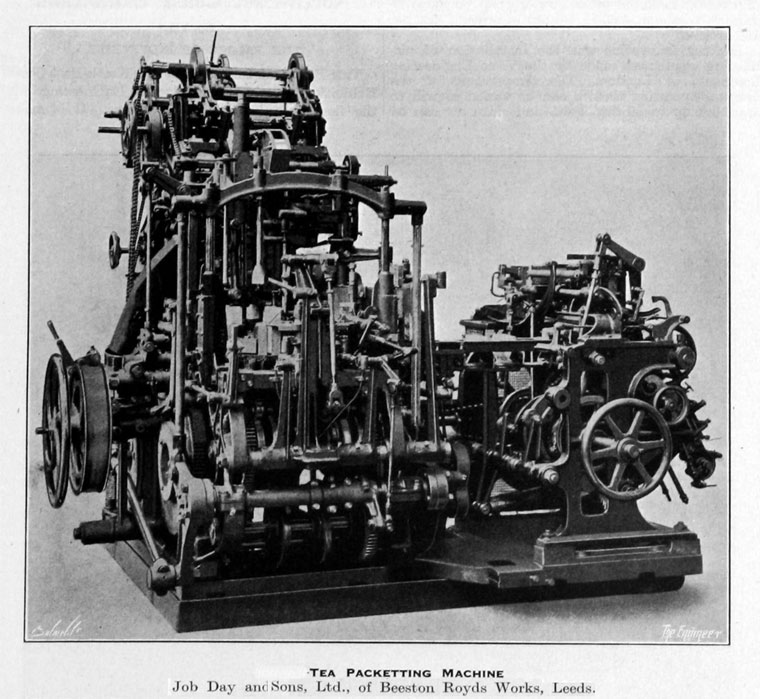 Job Day and Sons Ltd of Leeds, makers of packaging machinery for tea and granulated material

Other early products were a bacon slicer and a motorcycle

1912 The company made both motorcycles and cyclecars. The first models were 3.75hp singles with direct-belt drive, free engine or two speeds, and Druid forks. The main difference from many others was that they had an overhead inlet-valve.

Later cars were fitted with bodies made by Blackburn Aeroplane Co

1913-1917 For a list of the models and prices of Petrol Motor Commercial Vehicles see the 1917 Red Book under the Day-Leeds name.

1914 Introduced all-chain drive and a P and M two-speed gear.

WWI Car production ceased during the war. Production of motorcycles ended but the company continued to manufacture cyclecars until 1925.

1924 A total of 300 cars had been made but increased competition made the company switch to packaging machinery.

1960 Acquired by Rose Brothers of Gainsborough

Eclipse was a motorcycle produced in 1912. It was designed by H. A. Smith and built by Job Day and Sons of Leeds.

The firm made their own 499cc engine that had an overhead inlet-valve and a special lubricating system. It had an Edlin frame, Druid forks, Bosch magneto, belt drive and a half-compression device for easy starting.