1902. Engine built for the Rose 'National' car that raced at Brooklands in 1908. In 1912 it was fitted to a fire engine. Exhibit at the Museum of Lincolnshire Life.

1902. Engine built for the Rose 'National' car. Exhibit at the Museum of Lincolnshire Life. 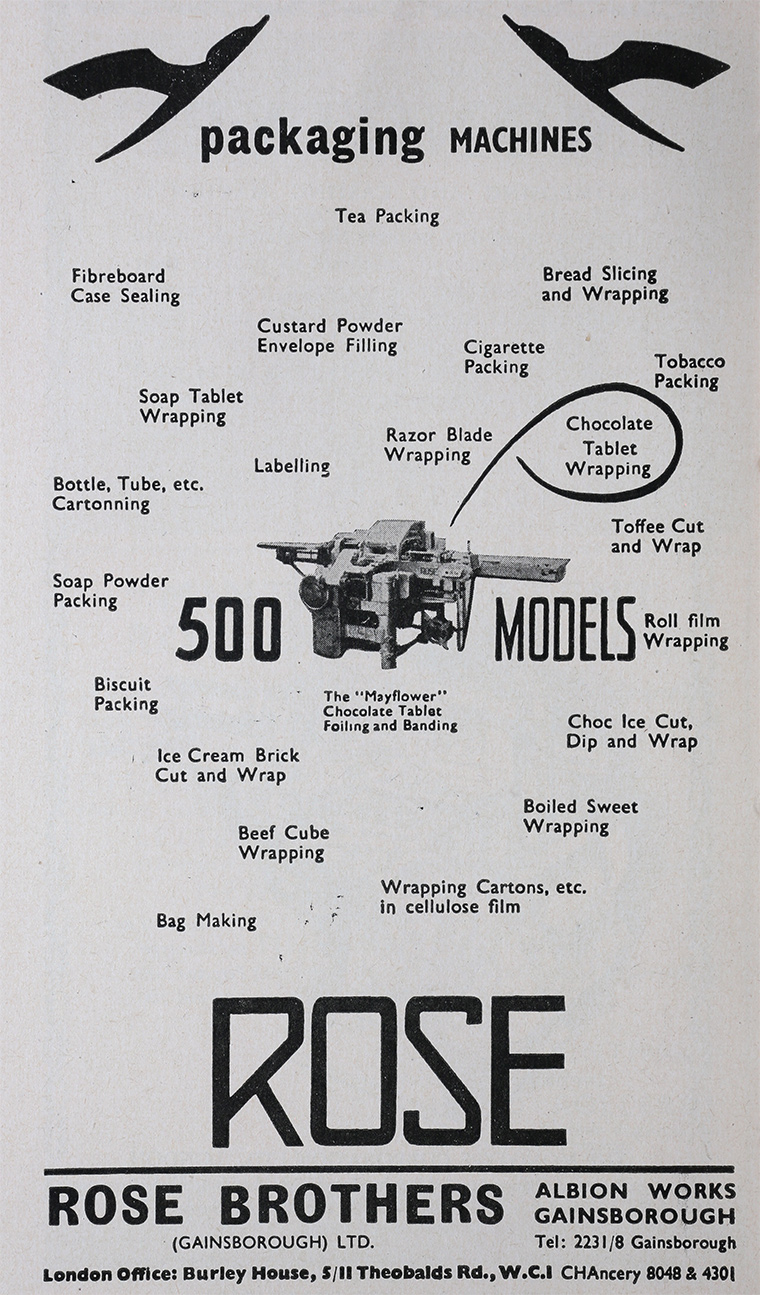 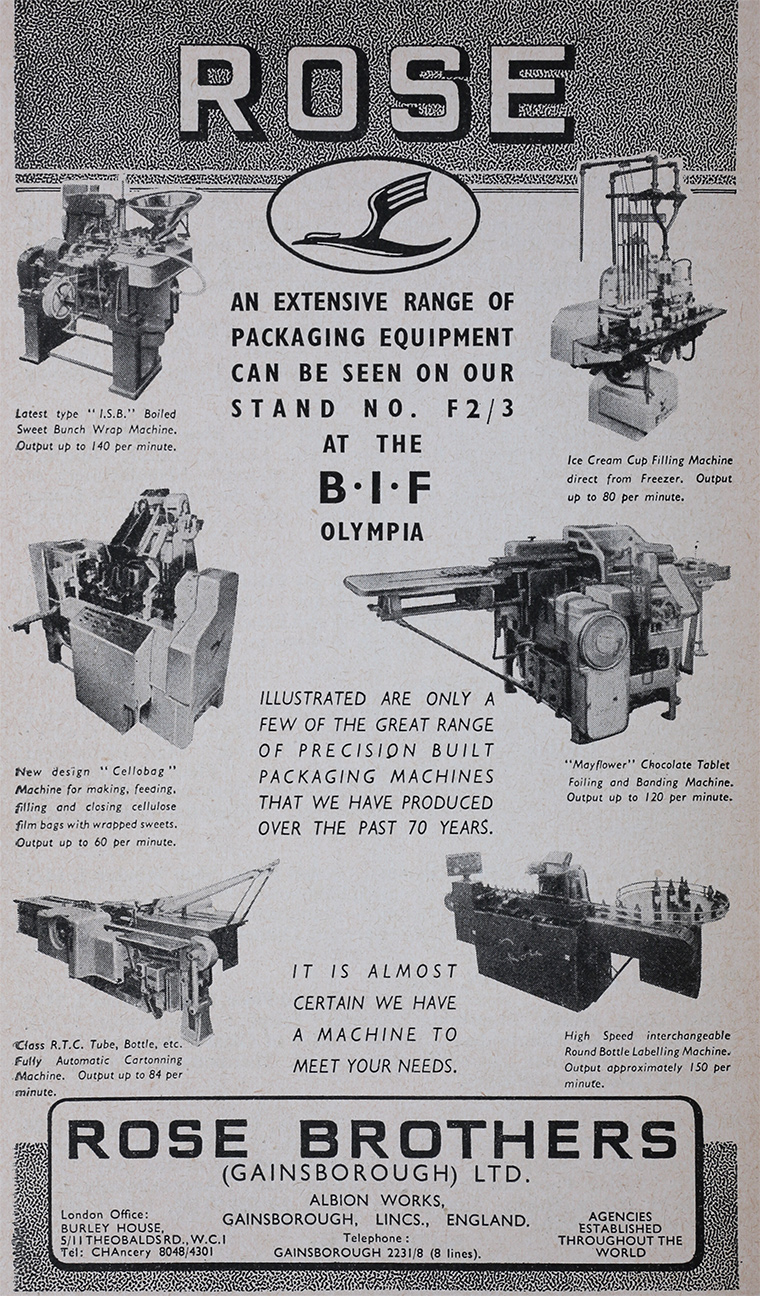 After several years development, Rose demonstrated his machine to Wills of Bristol

Rapidly increased demand for machines to produce packets of various sizes for the American market. Set up new factory on the banks of the River Trent

1898 William designed a car for himself, which also appealed to his friends.

1906 Established Northern Manufacturing Co on adjacent site to make gears for the cars; also supplied gears to other manufacturers.

1908 By this time Rose had sold 37 Rose National cars. Initially these were 3-cylinder cars; later a 4-cylinder car was introduced. 6 models were developed

The company developed packaging for other products, including twisted confectionery packets for John Mackintosh and Sons; a special section of the factory was devoted to machines to make cartons for Reckitt and Sons of Hull.

1908 Ceased manufacturing of cars to concentrate on packaging machines.

WWI Produced gun sights and breech blocks for Q-ships; shells for the Army; synchronisation equipment for aircraft guns; developed a gun sight for bombers but was not accepted by the Royal Flying Corps.

WWII Made a variety of equipment for the services; reputation for being able to turn their hands to unusual items, including enabling the guns on the Hampden bomber to have wider field of fire without black-spots, means of dealing with barrage balloon cables and an oxygen economiser. Also developed connections for rods for Lancaster bombers, which led Rose into bearings, and parts for aircraft.

1967 Became part of Rose Forgrove within the Baker, Perkins group.

1987 APV, the owner of the group, sold Rose Bearings which it has acquired with Baker Perkins[7]