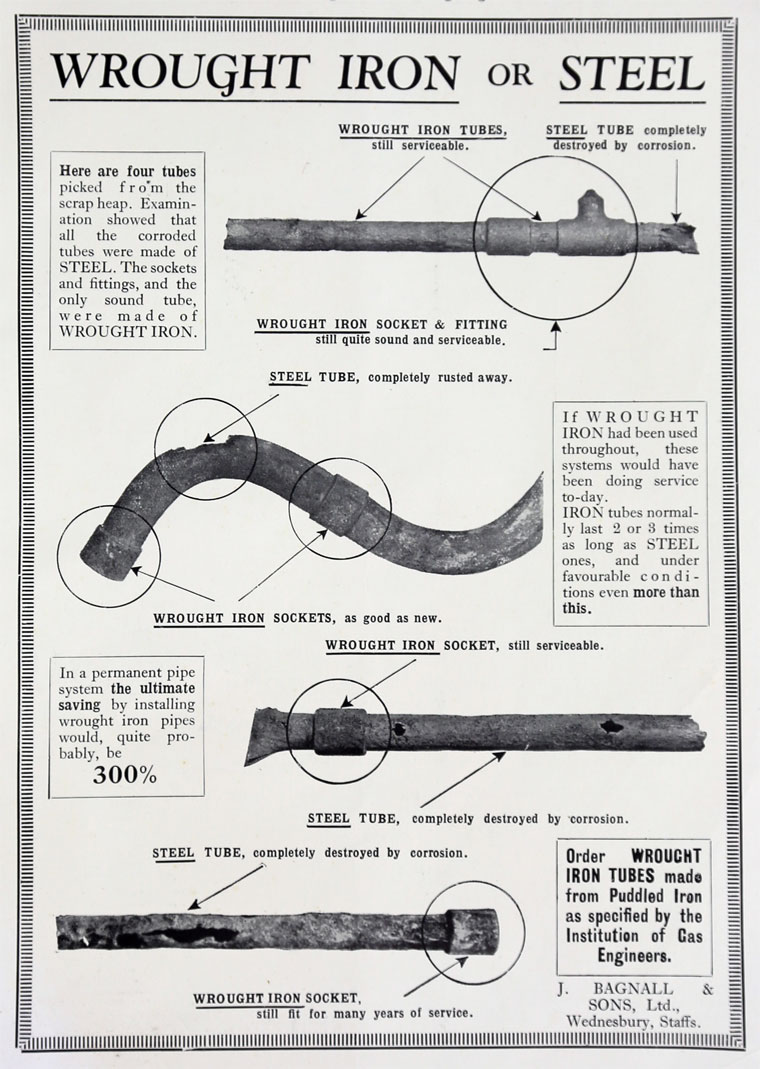 John Bagnall and Sons at Toll End, Tipton, maker of I B Crown brand of iron

1840 On the death of his elder brother, John, William Bagnall became the senior member of the firm

1873 Incorporated as a limited company.

1955 Purchased by N. Hingley and Sons from the Iron and Steel Holdings and Realisation Agency.