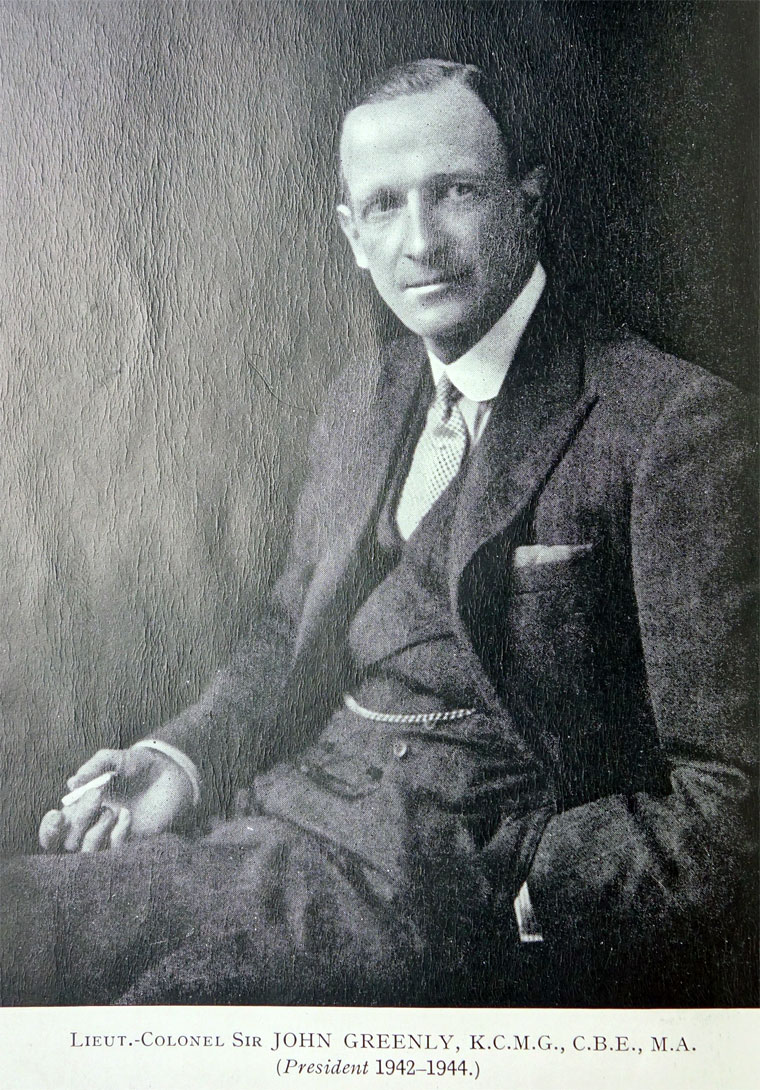 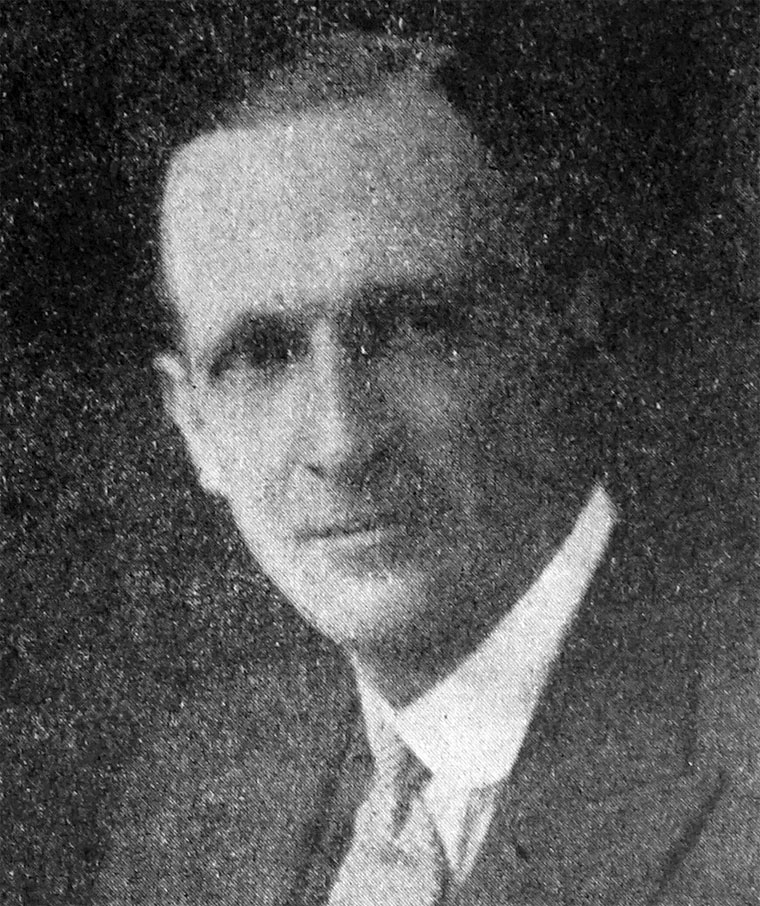 The second son of the late E. H. Greenly, J.P., D.L., of Titley Court, Herefordshire, John Henry Maitland Greenly was born on 25 July 1885. He was educated at Charterhouse and Trinity College, Oxford, receiving his early training as an engineer with the firm of Sir John Wolfe Barry and Partners.

In 1906 he was commissioned in the Herefordshire Regiment (T.F.) and promoted to Captain in 1912. He served in the 1914-18 war, being appointed to be a Staff Captain and Brigade Major in 1916 and Lieut.-Colonel in 1917. He was twice mentioned in despatches.

From 1916 to 1919 he served as Assistant Controller of Inspection of Munitions of War at the Ministry of Munitions, and in 1919 he was made a C.B.E.

In 1920 he was appointed Joint Managing Director of Messrs. William Foster, Pascoe, Grenfell and Company, copper manufacturers and smelters of London and Swansea, and subsequently Joint Managing Director of British Copper Manufacturers, Ltd. Thus began his association with the non-ferrous metals industry, which he was to serve in a most outstanding manner through his energetic work for the British Non-Ferrous Metals Research Association, of which he became Chairman in 1937, holding that position until the year 1949. For his great services to the non- ferrous metals industry he was awarded the Platinum Medal of the Institute of Metals in 1946.

In 1929 Sir John joined the Board of Directors of the firm of Babcock and Wilcox, Ltd., and it was to this great organization, with its world-wide ramifications, that he subsequently devoted so much of his energies. He was elected Chairman of the Board of Directors of that Company in 1937, in succession to the late Sir John Dewrance, and held this post with great distinction until within six months of his death. His duties with this firm took him all over the world, and he became well known and dearly loved throughout the whole of the Babcock and Wilcox organization. He was an active director of the Associated Babcock Companies in Canada, Germany, and Poland.

Through his active connection with Babcock and Wilcox, Ltd., he became keenly interested in the economic and efficient use of the world's fuel supplies, and served as President of the Institute of Fuel from 1938 to 1941, was a member of Council of the British Coal Utilization Research Association during the years 1938-46, a member of the Fuel and Power Advisory Council 1944-46, and Vice-President of the Coal Utilization Joint Council 1945-46. During the years 1942-47 he was a member of the Fuel Research Board.

Throughout his career Sir John Greenly held many posts of national importance, which reflect his great organizing ability, wide breadth of vision, and industrial experience. Thus, from 1937 to 1943 he was a member of the Advisory Council to the Committee of the Privy Council for Scientific and Industrial Research; a member of the Industrial Advisory Panel to the Air Ministry from 1938 to 1939; Chairman of the Prime Minister's Advisory Panel of Industrialists on Rearmament from 1938 to 1939, and Controller-General of the British Supply Board in Canada and the United States during 1939-40. His services to his country in this sphere of work were recognized in 1941, when he was created a Knight Commander of the Most Distinguished Order of St. Michael and St. George.

After his return from the United States at the end of 1940, he became Deputy Chairman and Administrator of the National Fire Prevention Executive and was a member of the Fire Prevention (Operational) Committee of the Ministry of Home Security.