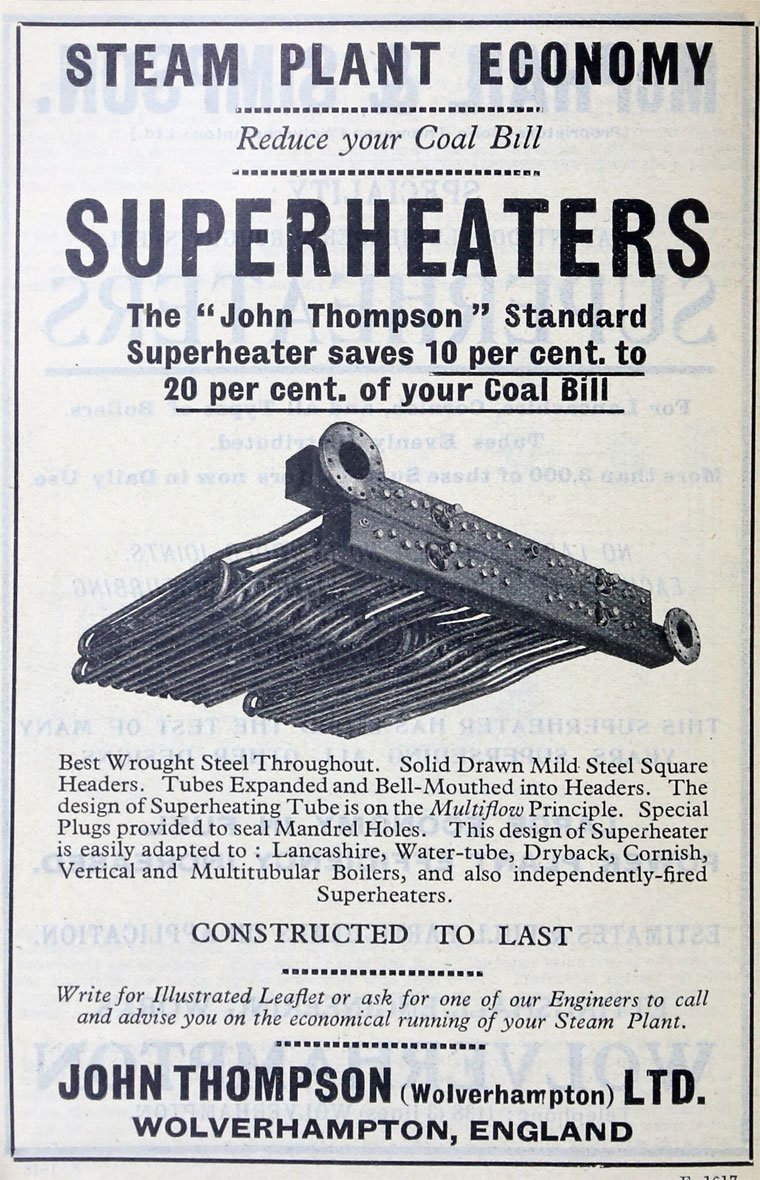 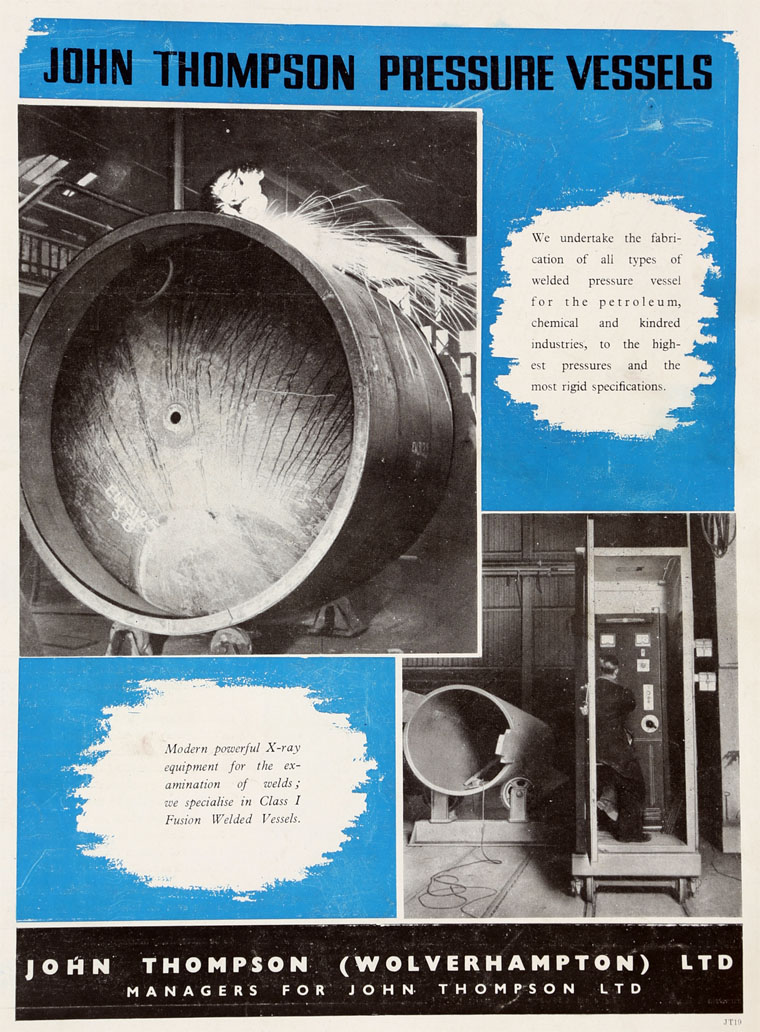 1922 John Thompson (Gas Developments) Ltd, Chemical Engineers. Shared directors and representatives with John Thompson (Wolverhampton), Ltd. Designers and manufacturers of complete plants for the production of hydrogen having a purity of 99.9 per cent., exclusive of air or its components, complete oil-hardening installations and electrolytic hydrogen and oxygen plants.

1936 Public company, John Thompson Engineering Co, was formed with a share capital of £1 million, to acquire the business and assets of John Thompson (Wolverhampton) Ltd and buy the shares of the associated Thompson companies (which became subsidiaries of the new company) as well as the 80 percent of the shares in Wilson Boilermakers Ltd that it owned. Albert Edward Thompson (b. 1866) was the first chairman. Other directors were William John, Stephen John and Edward Walter Thompson[1].

Late 1940s, with the introduction of John Thompson Ltd as the holding company, the Wolverhampton company became the subsidiary focussed on shell-type boilers and associated heavy equipment.

1953 One of the largest makers of shell-type boilers in Europe. As well as making all types of Lancashire, economic, super-economic and vertical-type boilers, also made the heavy pressure parts, drums, etc required for water tube boilers to the specification of John Thompson Water Tube Boilers Ltd. Associated departments and companies made stokers, pulverizing plant, conveyors, boiler-house pipework, etc. Also made heavy pressure vessels for the chemical and oil refining industries, in mild steel and stainless steel. Important rearmament contracts had been undertaken for the Admiralty and other Ministries[2].