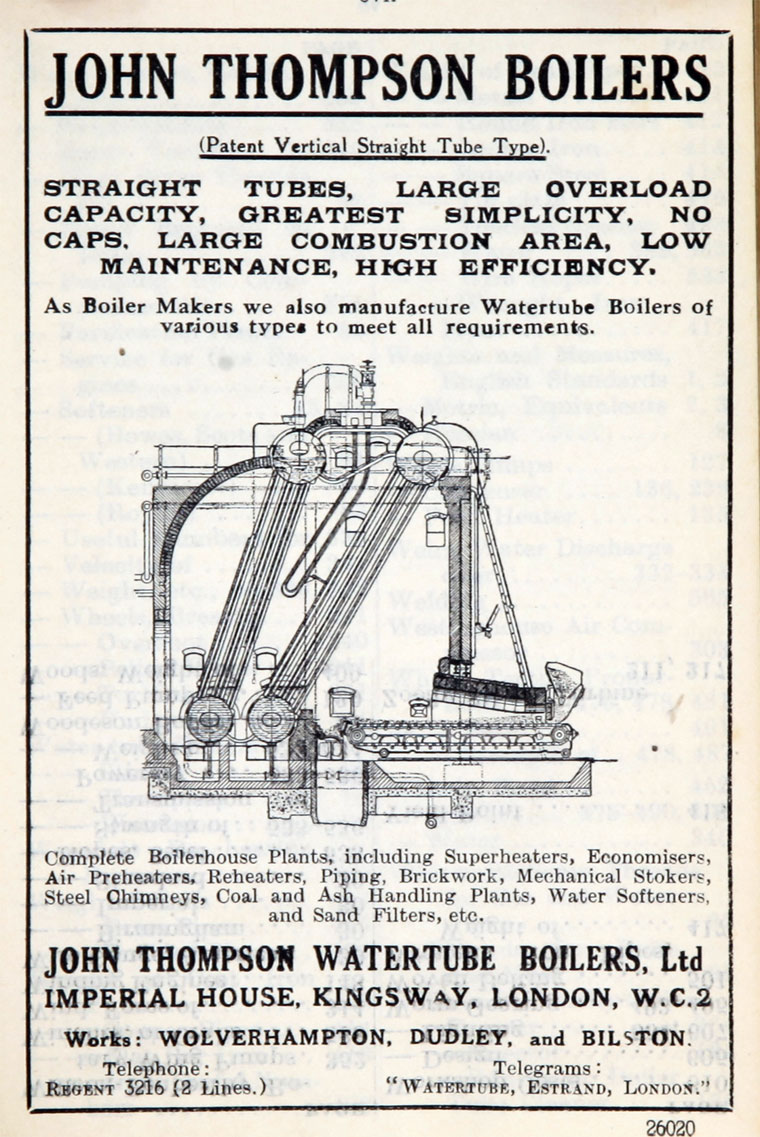 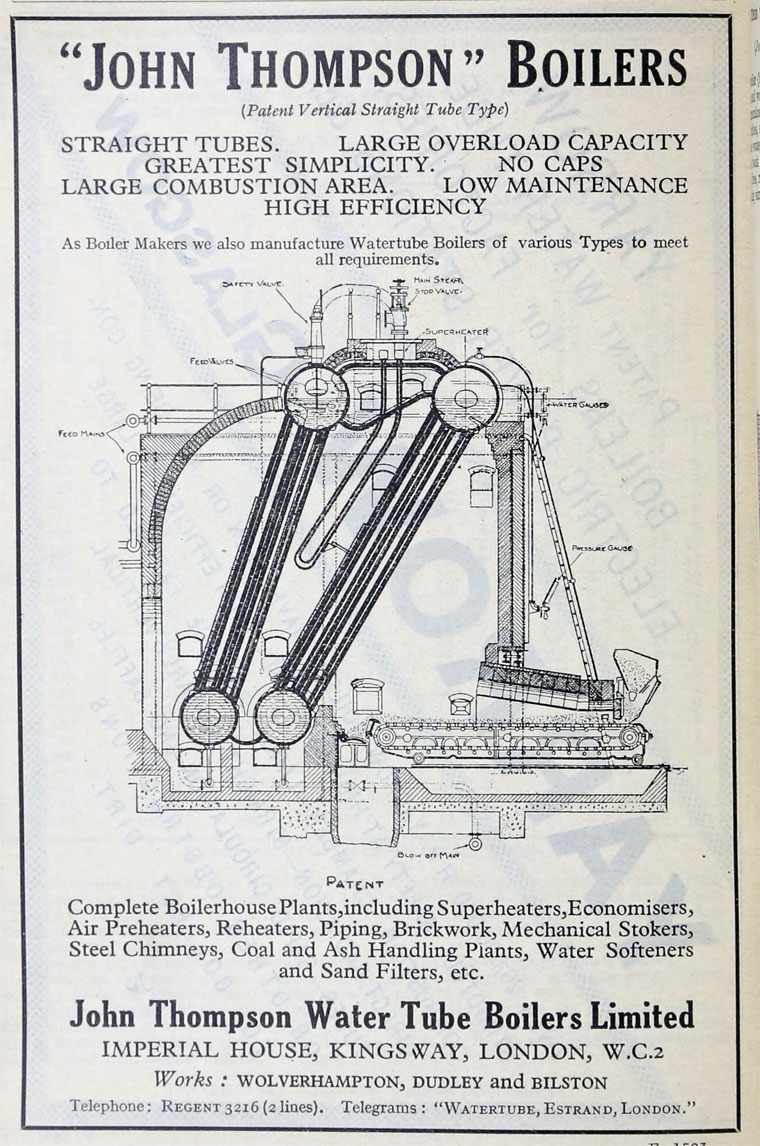 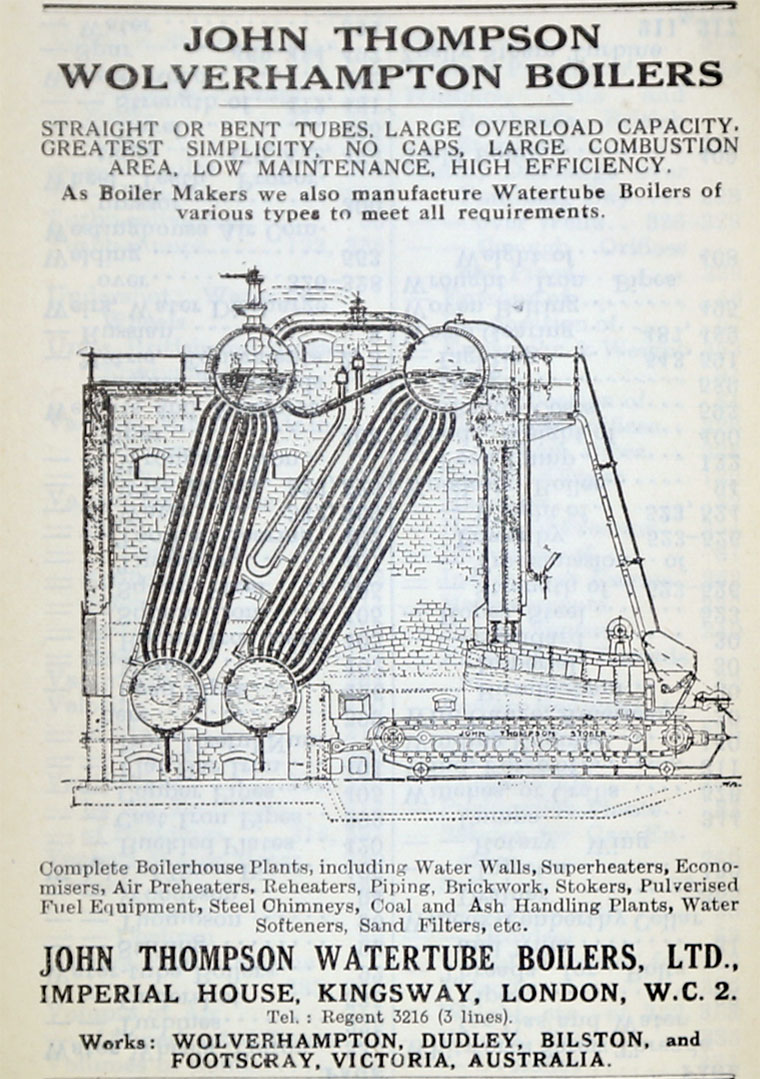 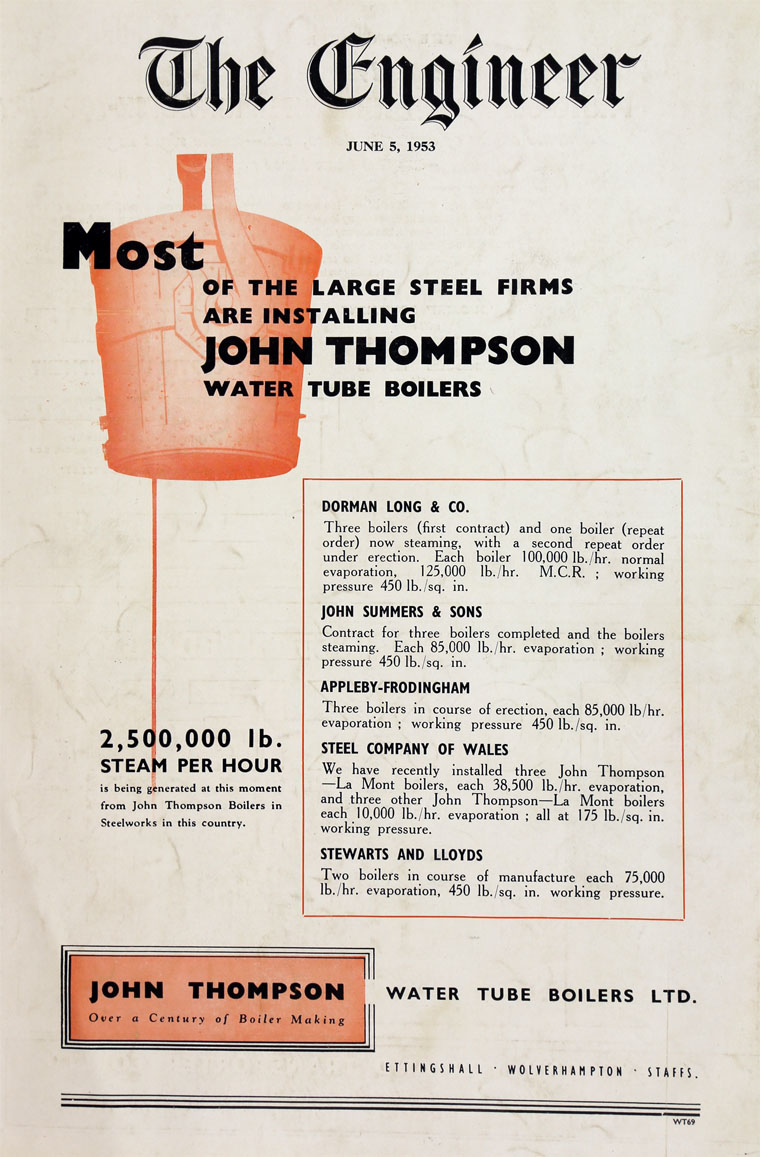 One of the main parts of John Thompson of Wolverhampton

By 1914 the John Thompson firm had been divided into four departments:

1918 The Water Tube Boilers Company was one of 4 limited companies set up by John Thompson to reflect the 4 major departments of the company. This seems to have been the start of the company’s practice of running different departments as different limited companies, each of them subsidiaries of the main company John Thompson (Wolverhampton) (at this time).

1920 The annual meetings of the 4 companies was held. In the report it was stated that these 4 companies had "recently been formed" to take over the business of Messrs John Thompson[1].

1921 In the face of strong American competition, John Thompson Water Tube Boilers Ltd won an order from Australia for 12 boilers and underfeed stokers for burning brown coal from Victoria in connection with electricity generation for Melbourne[2]. Further contracts for boilers were received from Victoria in 1928, and 1929.

1950s An advert referred to John Thompson's 16 subsidiary companies including: John Thompson Water Tube Boilers Ltd - Natural and forced circulation water boilers. Boilers of all types for land, marine and for utilizing waste heat. The John Thompson “Etaflo” steam generator – a boiler with a unidirectional flow, supplied for use in power stations.

1953 Leader in water-tube boiler market; many important contracts in hand[3].