'90-inch beam engine built in 1846 by Sandys, Carne and Vivian. Note the reinforcement 'straps' on the beams 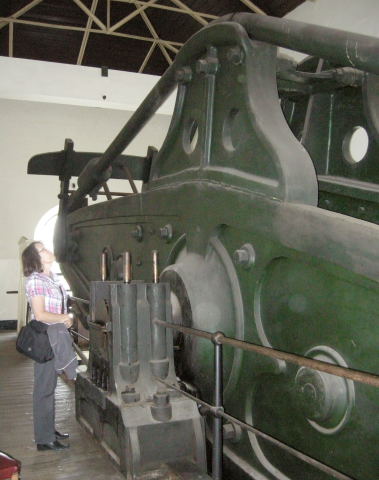 '100-inch' beam engine built in 1869 by Harveys of Hayle. The reinforcing bar diameter is approx 6" 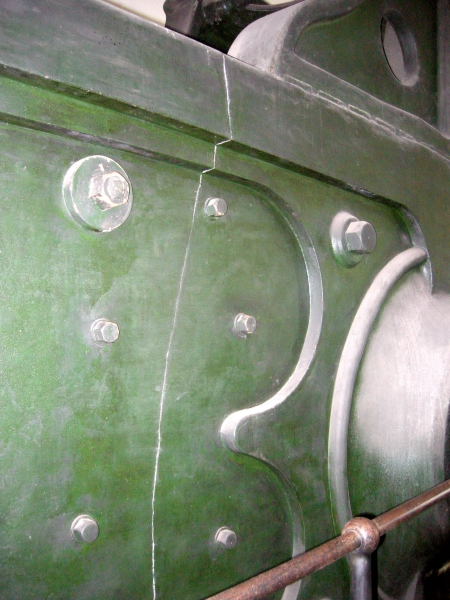 Cottered connector for reinforcing bars on beam of 100-inch engine 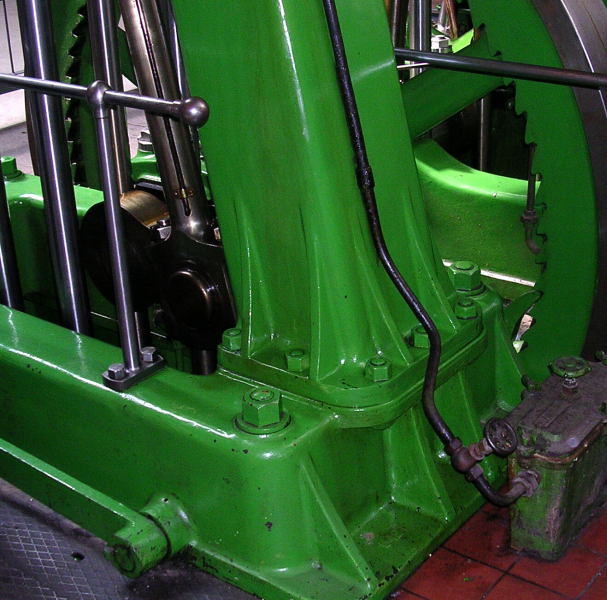 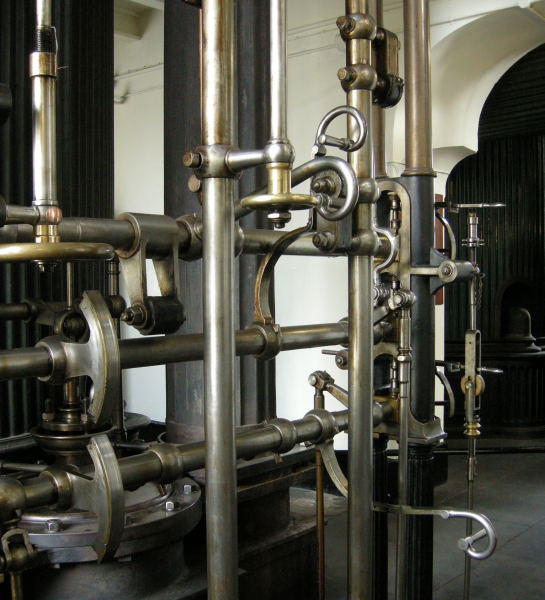 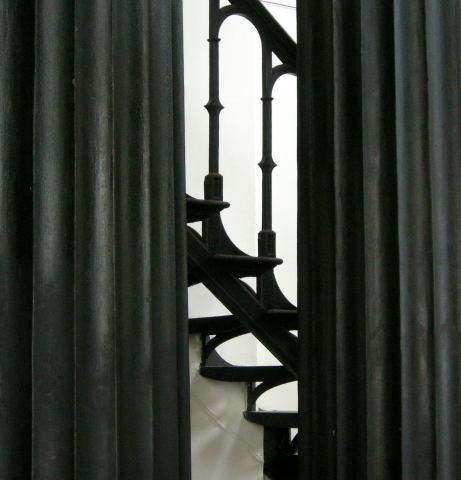 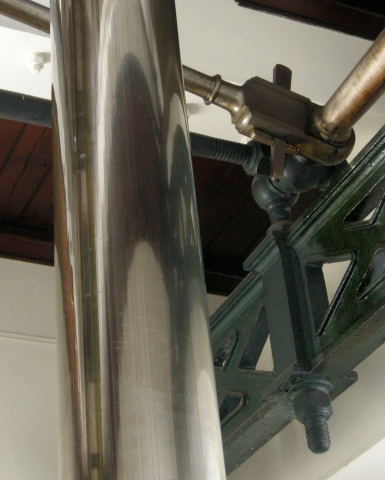 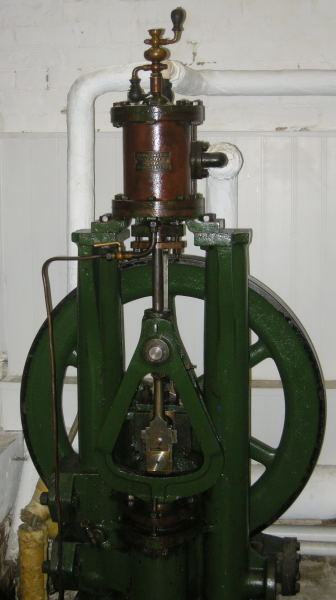 One of the two cast iron beams on the 1869 Harvey '100-inch' Cornish engine cracked in 1879. The beams were modified by installing 'bridles' over the crown of the beams, and fitting wrought iron 'straps' round the beams. These straps are large forgings, made off site, and tightened by tapered cotters. A remarkable undertaking. Similar reinforcement was applied to all four large beam engines at Kew Bridge.