Grace's Guide is the leading source of historical information on industry and manufacturing in Britain. This web publication contains 147,968 pages of information and 233,612 images on early companies, their products and the people who designed and built them. 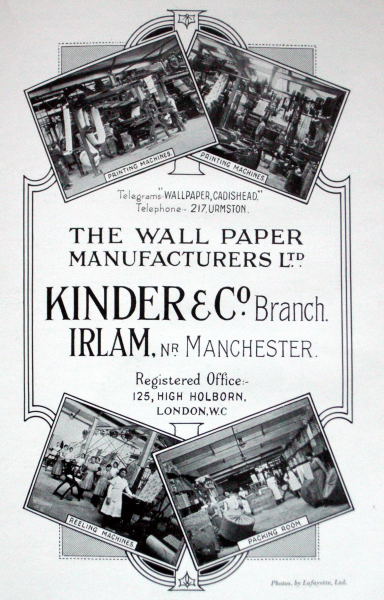 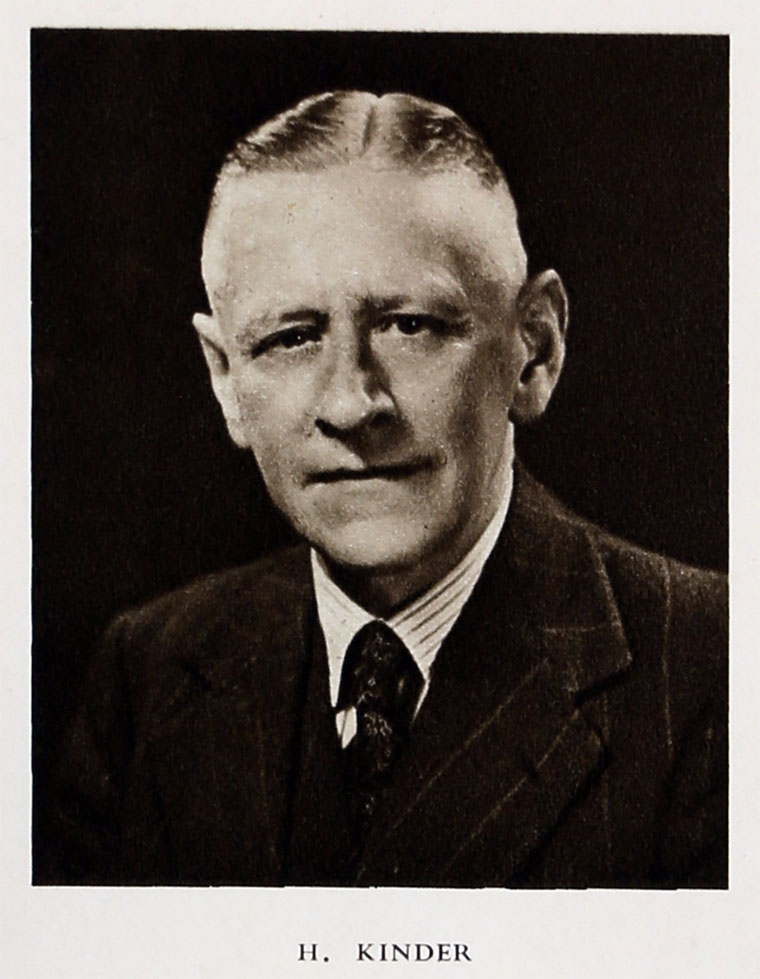 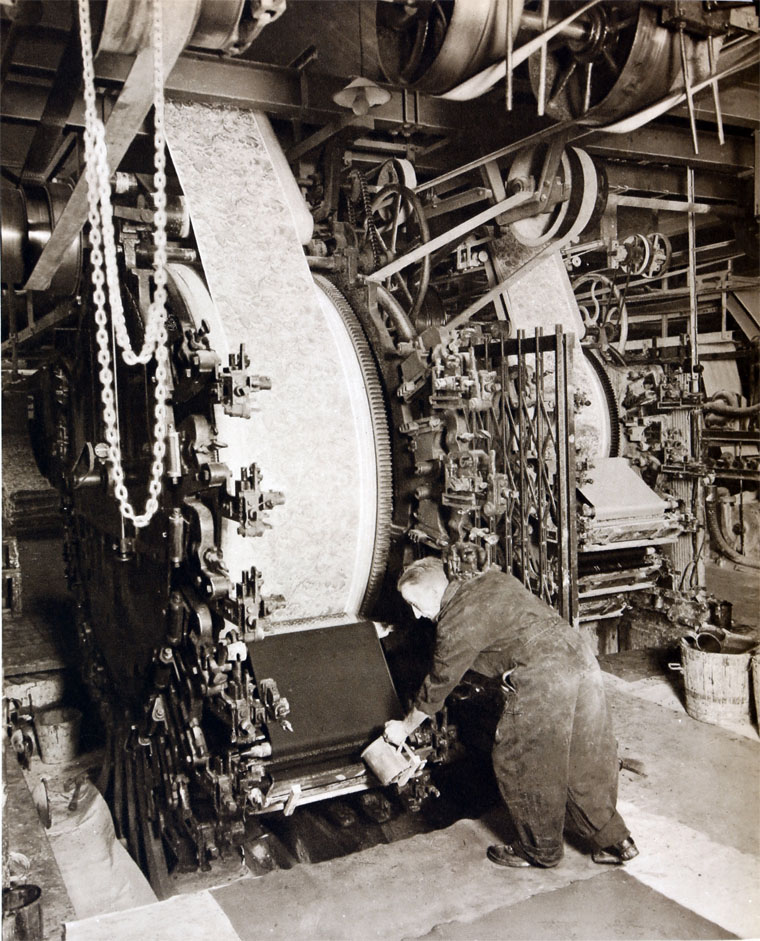 They first traded under the name Kinder, McDougall and Co. Both partners had considerable experience at Lightbown, Aspinall and Co in their early days though at the time of the formation of their new company J. Kinder was occupying an important position with Carlisle and Clegg, whose service he entered, in 1886, as a traveller. J. P. McDougall had by this time established himself as a successful Manchester merchant.[1]

A new and specially constructed factory was erected, incorporating the most suitable layout for wallpaper manufacture. Soon after commencing manufacture the firm brought out a distinct novelty in the moulding or picture-rail frieze, and also a self-contained panel-filling capable of simple mitreing without border or stiling. The success of these innovations was quickly demonstrated by the alacrity with which all competitors copied them.[1]

1915 McDougall withdrew from the company.

1915 Became a branch of the Wall Paper Manufacturers. J. Kinder was appointed to the company Board.

During the period 1919 to 1939 there were important extensions to the factory and new machinery was added. The whole of the factory is on one floor with good light throughout, and with a railway siding in the rear of the premises.

The business won the Company's Challenge Shield at the Arts and Crafts Exhibition two years in succession, namely in 1933 and 1934.

1949 H. Kinder, son of the co-founder, is the director of this branch. He also became a member of the Company's Executive Committee and Chairman of the Engineering Control Committee.