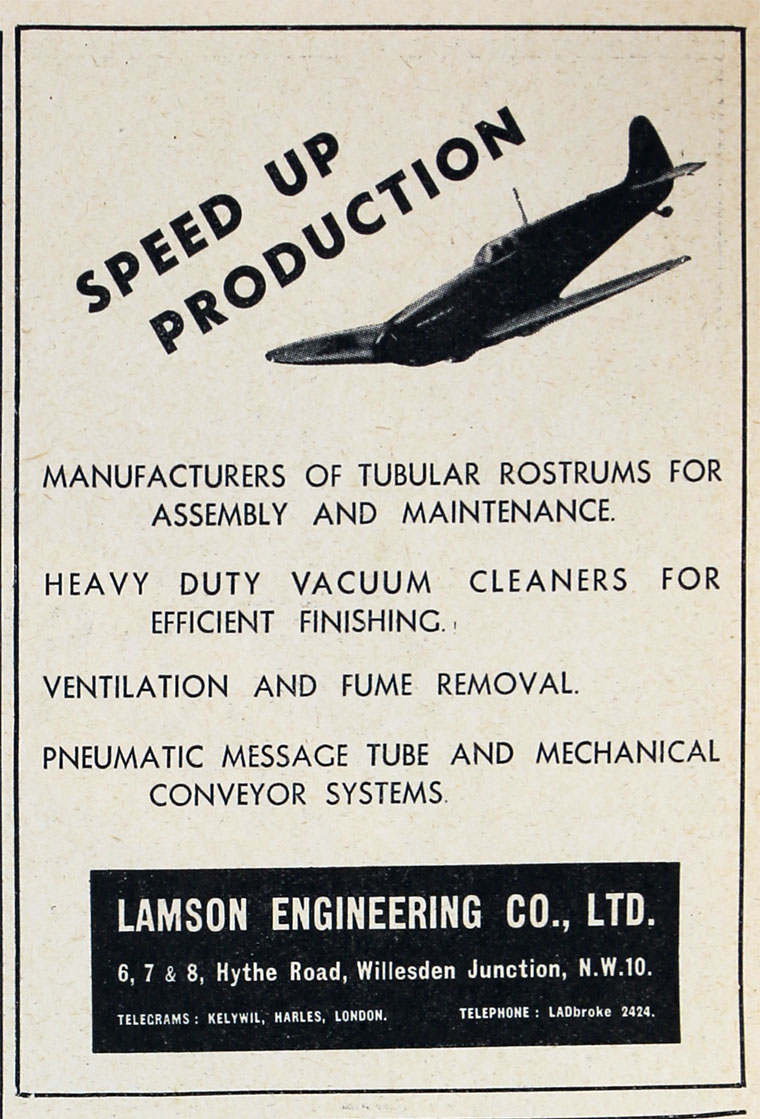 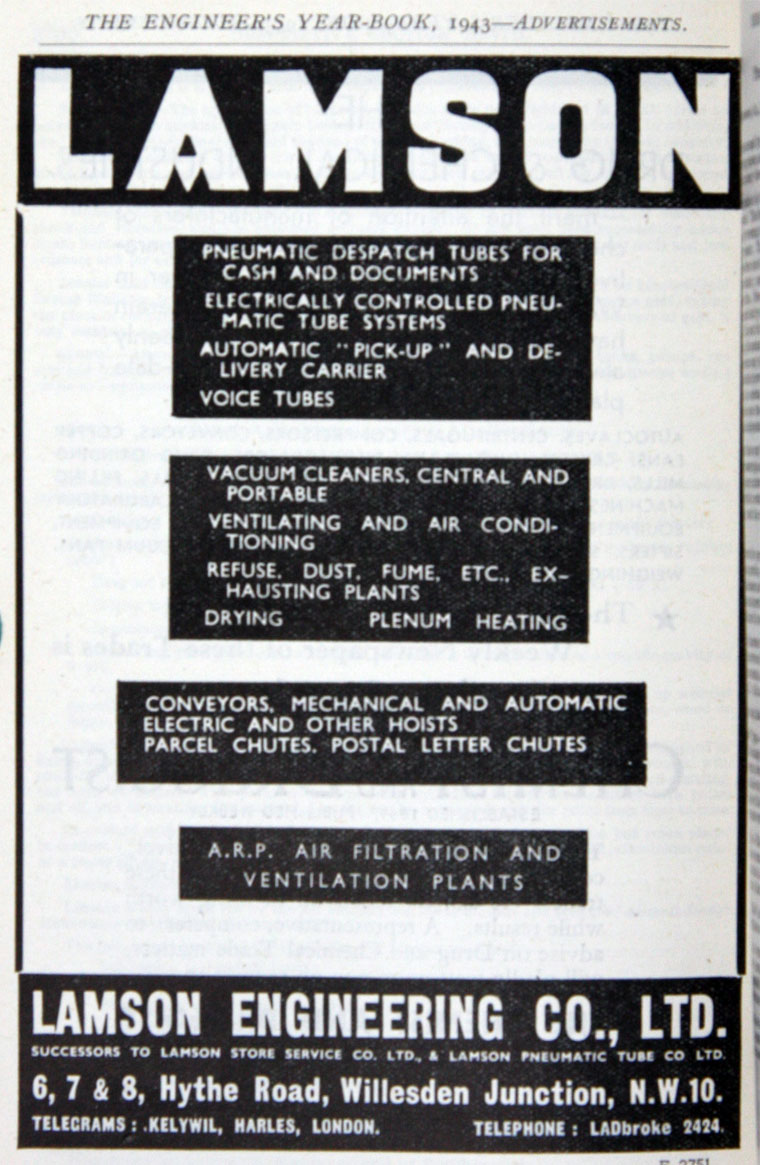 1845 American, William Stickney Lamson was born in Newburyport, Massachusetts. He married Marianna Abbot in 1869 and had two sons, William and Frank.

1879 After working as a painter and a soldier, he opened a shop in Merrimack Street, Lowell, Massachusetts, in February. His first experiment in saving the assistants going to-and-fro between the counter and the cash office is said to have been wrapping the cash in a handkerchief and throwing it. Then he had the idea of using hollow balls rolling along tracks - the Cash Ball system.

A Lamson advertisement claims that the original equipment consisted of a hollowed-out croquet ball and a wooden trough.

1881 On 14 February, he filed a patent for a system with inclined rails.

1882 His system soon attracted the interest of other shopkeepers and in January, 1882, the Lamson Cash Carrier Company was incorporated.

As the company grew and absorbed rivals there were several changes of name.

1884 The British company was founded. In the UK, John Magrath Kelly became an agent for the Lamson Cash Ball system in London, operating from a small private hotel in Craven Street.

By 1886, he had premises in Guilford Street, Bloomsbury with the cellar as a shop, the ground floor as factory, and the first floor as accommodation for his family.

1888 Business flourished, and on 9 August, the Lamson Store Service Co Ltd was established at 1 Charlotte Street, Bedford Square, London, WC. The capital was £85,000 divided into shares of £10 each. The company had rights to the ball system for the "Eastern Hemisphere", i.e. Europe, Africa, Australia, New Zealand and the Middle East. UK Patent 18566 was granted to it.

1889 The factory was moved to Alpha Place, off Caledonian Road, near King's Cross and the office to 20 Cheapside, London, EC.

1889 An agent was appointed in Sydney, Australia, and opened for business on 28 September.

1889 The Lamson Paragon Supply Co was established in London, by amalgamation of the Paragon Check Book Co (established 1886 in the City of London) and the Lamson Store Service Co, with rights to salesbook patents and manufacturing know-how throughout Europe and Australia.

1897 The Bostedo Package and Cash Carrier Company brought its system to Britain.

1899 Lamsons bought out its interests in the UK, on 5 May, and established the Lamson Pneumatic Tube Co. Louis Gordon Bostedo (merchant) was one of the subscribers and the first managing director was John Kelly. The registered office was 20 Cheapside.

1901 Lamson Engineering Australia Pty Ltd was established as a branch of its London parent.

1905 The Lamson Despatch Company (NZ) became another branch. Originally the head office was in Wellington but in 1963 it relocated to Auckland and a branch was established in Christchurch.

Lamson Engineering SA was based in Johannesburg.

1911 The Lamson directors closed both the store service and pneumatic tube factories at King's Cross and moved all manufacturing to a new site at Hythe Road, Willesden Junction. There were successive enlargements and additional premises were purchased at 20/21 Hythe Road.

1934 The Times of 6 April, reported a serious fire at the factory. About seventy people were said to be employed there but the next day Lamson stated that the fire was confined to one section and practically all the employees, who numbered several hundreds, remained at work.

1937 Private company. The Lamson Engineering Co Ltd was incorporated on 20 January, acquiring the business and assets of the Lamson Store Service Co Ltd and Lamson Pneumatic Tube Co Ltd. Its offices were at 132 Cheapside.

In the 1960s, the Willesden factory was closed and the firm moved to Stoke-on-Trent.

In 1963, this became an Anonymous Company and in 1976 a Private Company. It has a daughter company Lamsonair BV.

1974 Lamson Industries, which was 52% owned by Moore Corp of Canada, acquired Setright Registers from British Match[3].

1976 Dialed Despatches took over Lamson Engineering Co and renamed it D. D. Lamson. The Dialled Despatches company marketed carriers which could be routed to the correct destination, at first using the note produced by a reed on the carrier to operate switches, and later using a series of metal rings on the carrier to make electrical contacts in the tube. The company was based in Gosport, Hants.

1977 Lamson Industries was merged with the Moore Corporation.

1987 Frederick Cooper acquired Lamsons from Crest Nicholson, and in 1990 it was sold to J. Bibby and Sons for £8.2 million.