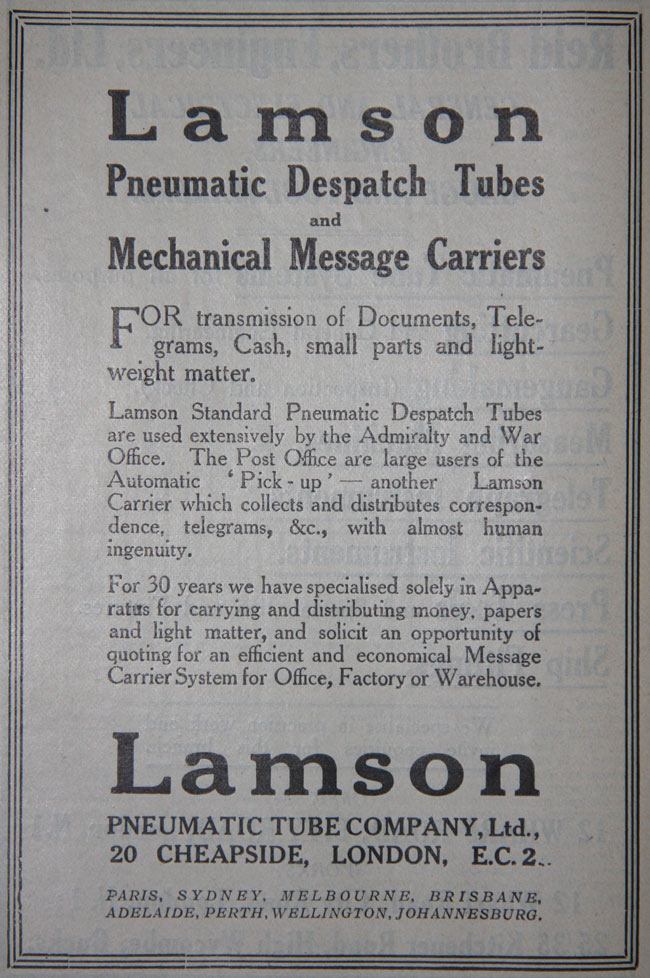 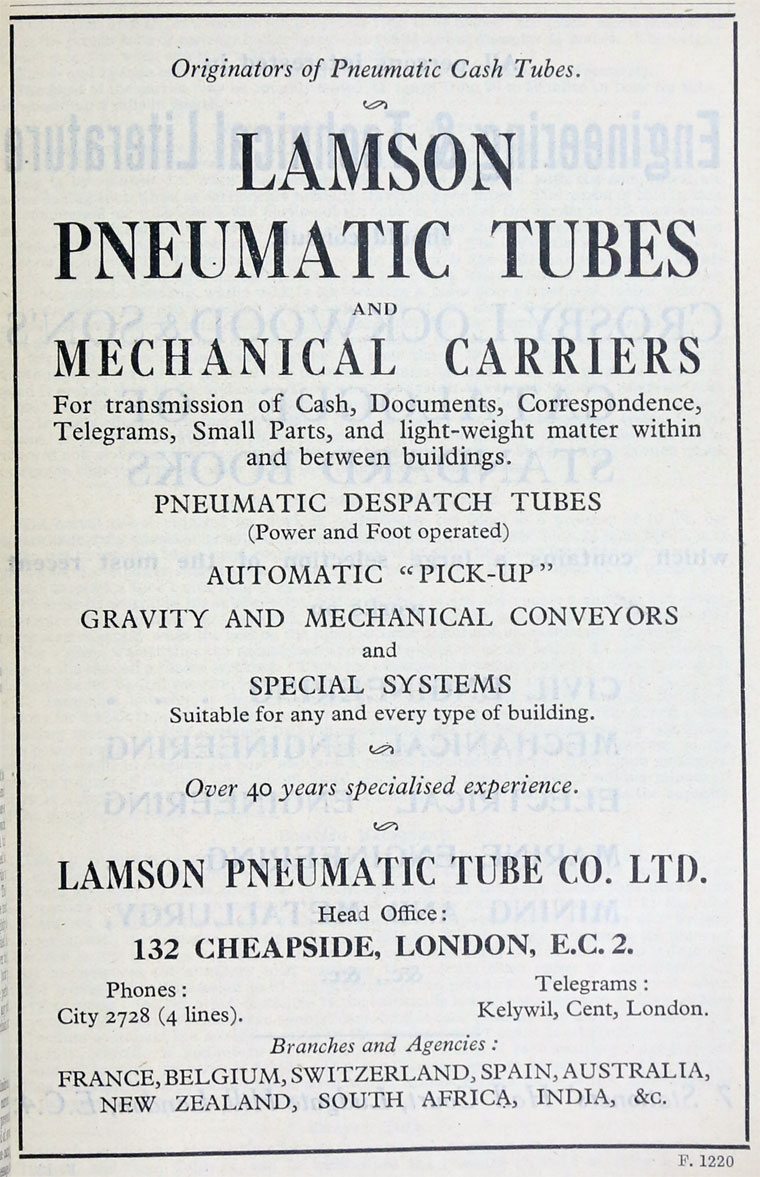 John M. Kelly introduced a revolutionary form of improving efficiency for retail stores, Lamson's wire-rail communication between counter and cashier. He provided financial assistance to the company with which he had common interests.

1888/9 The Lamson Paragon Supply Co was established in London, by amalgamation of the Paragon Check Book Co (established 1886 in the City of London) and the Lamson Store Service Co, with rights to sales, book patents and manufacturing know-how throughout Europe and Australia.

1897 The Bostedo Package and Cash Carrier Company brought its system to Britain.

1899 Lamsons bought out its interests in the UK, on 5 May, and established the Lamson Pneumatic Tube Co. Louis Gordon Bostedo (merchant) was one of the subscribers and the first managing director was John Kelly. The registered office was 20 Cheapside.

1901 Lamson Engineering Australia Pty Ltd was established as a branch of its London parent.

1905 The Lamson Despatch Company (NZ) became another branch. Originally the head office was in Wellington but in 1963 it relocated to Auckland and a branch was established in Christchurch.

Lamson Engineering SA was based in Johannesburg.

1911 The Lamson directors closed both the store service and pneumatic tube factories at King's Cross and moved all manufacturing to a new site at Hythe Road, Willesden Junction. There were successive enlargements and additional premises were purchased at 20/21 Hythe Road.

The Lamson Store Service Co, the Lamson Pneumatic Tube Co and Lamson Paragon Supply Co were operated separately although the chairman was the same (Sir Alan McLean M.P., from 1912).

1934 A serious fire happened at the factory[1]. About seventy people were said to be employed there but the next day Lamson stated that the fire was confined to one section and practically all the employees, who numbered several hundreds, remained at work.

1937 The Lamson Engineering Co Ltd was incorporated as a private company on 20 January, acquiring the business and assets of the Lamson Store Service Co Ltd and Lamson Pneumatic Tube Co Ltd. Its offices were at 132 Cheapside.