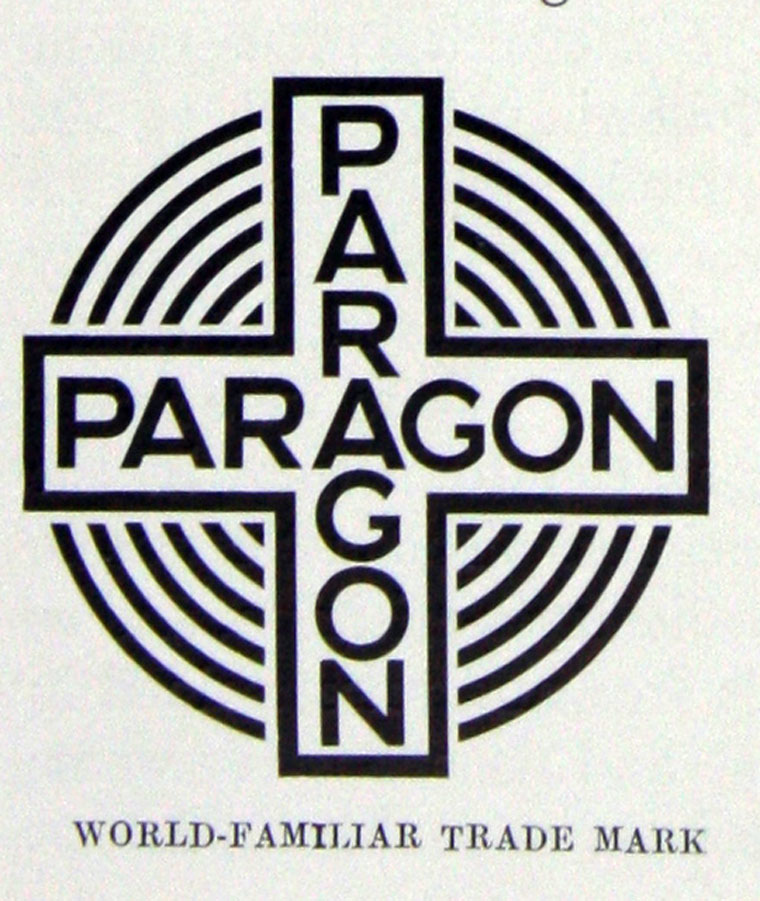 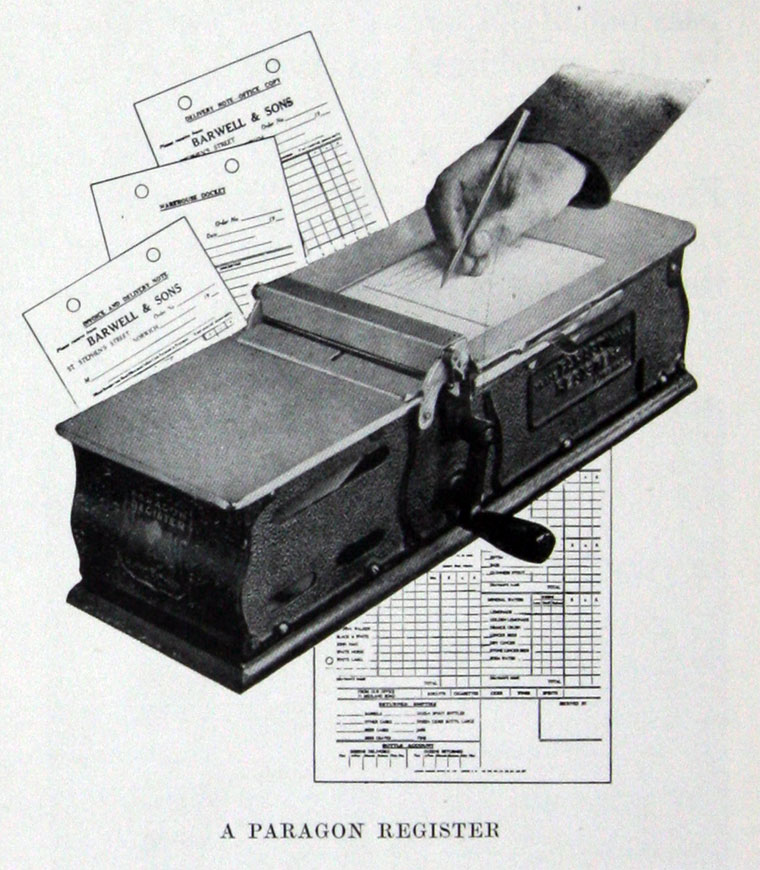 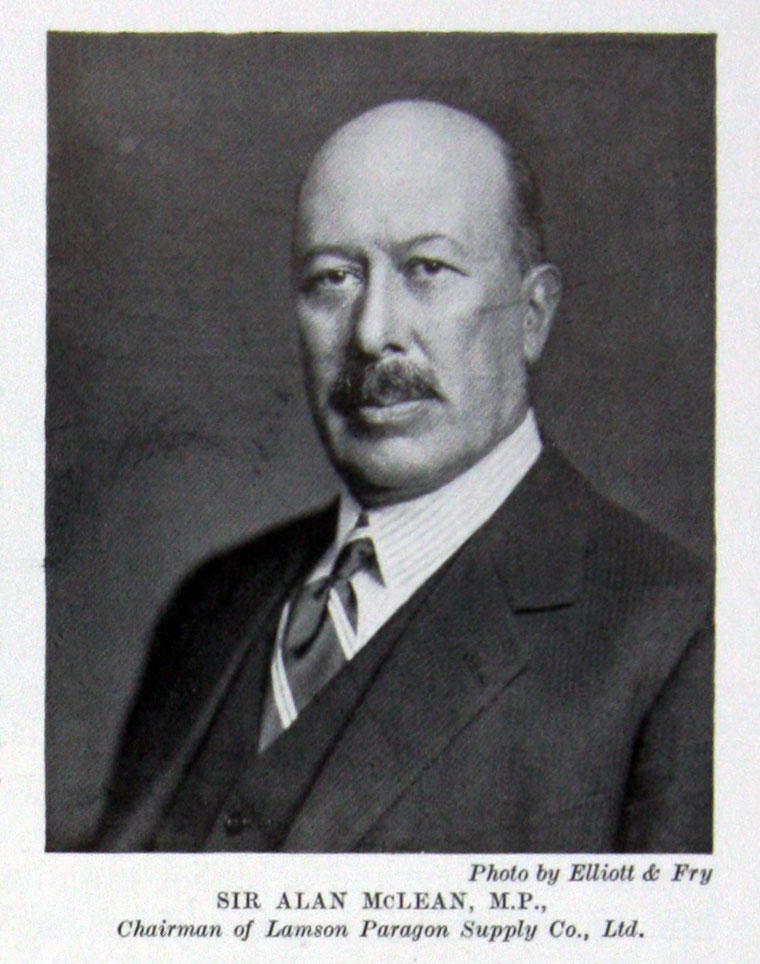 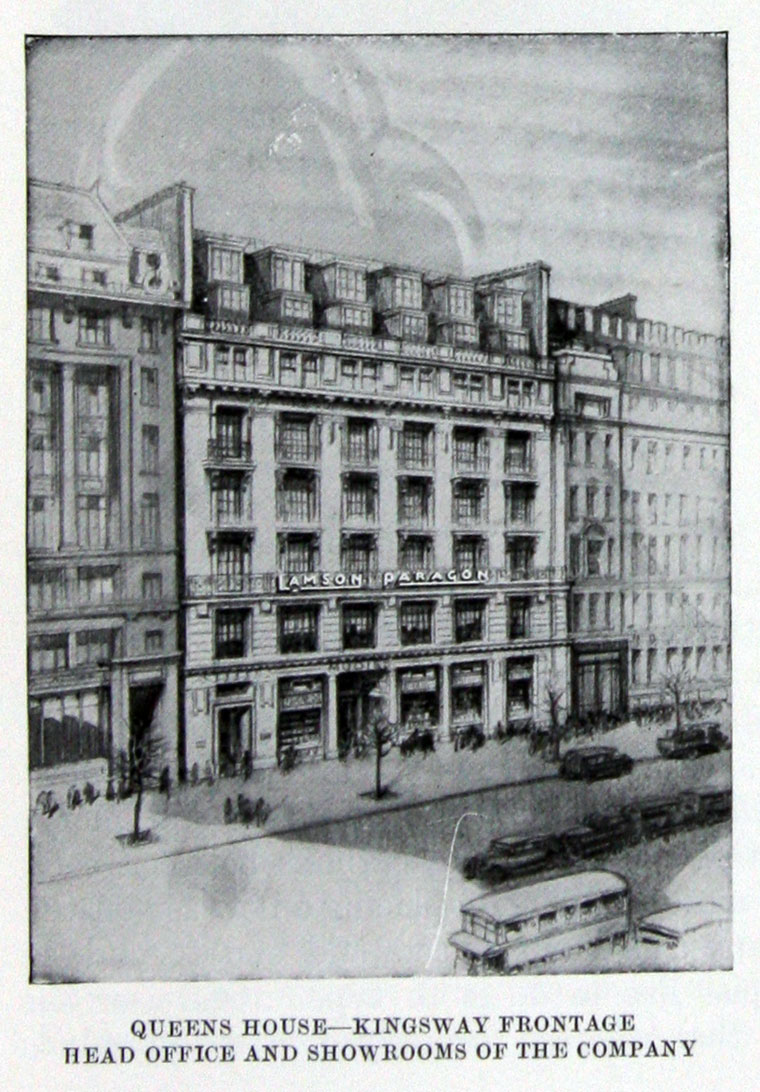 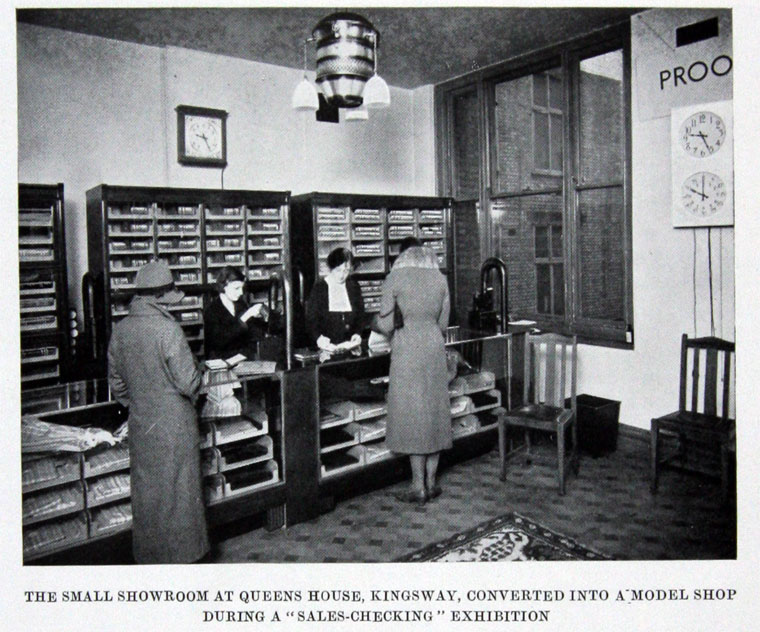 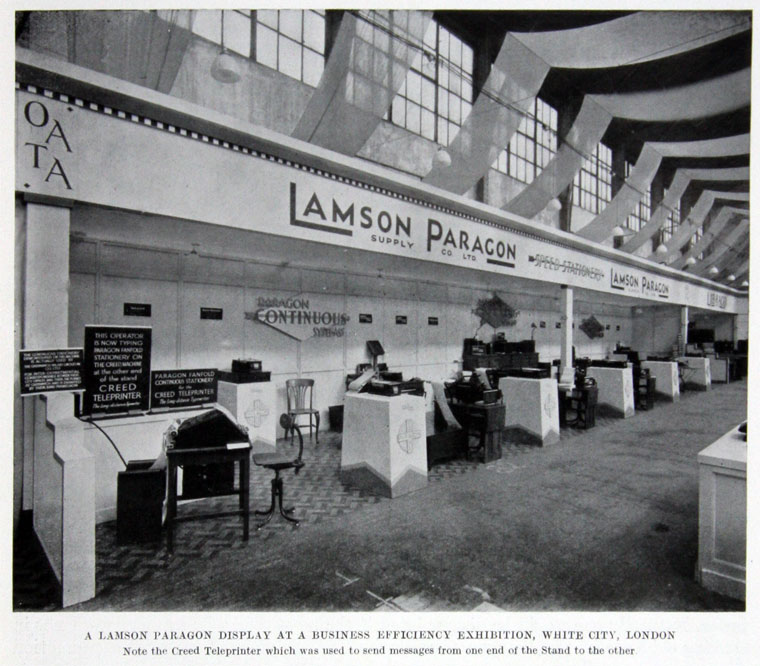 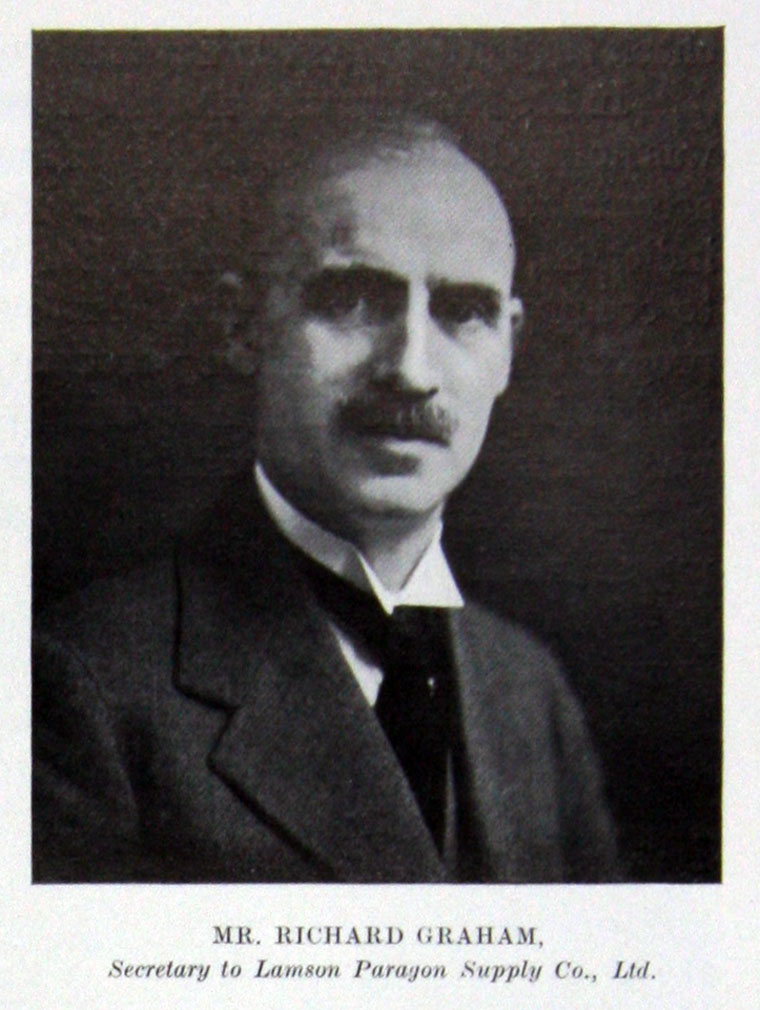 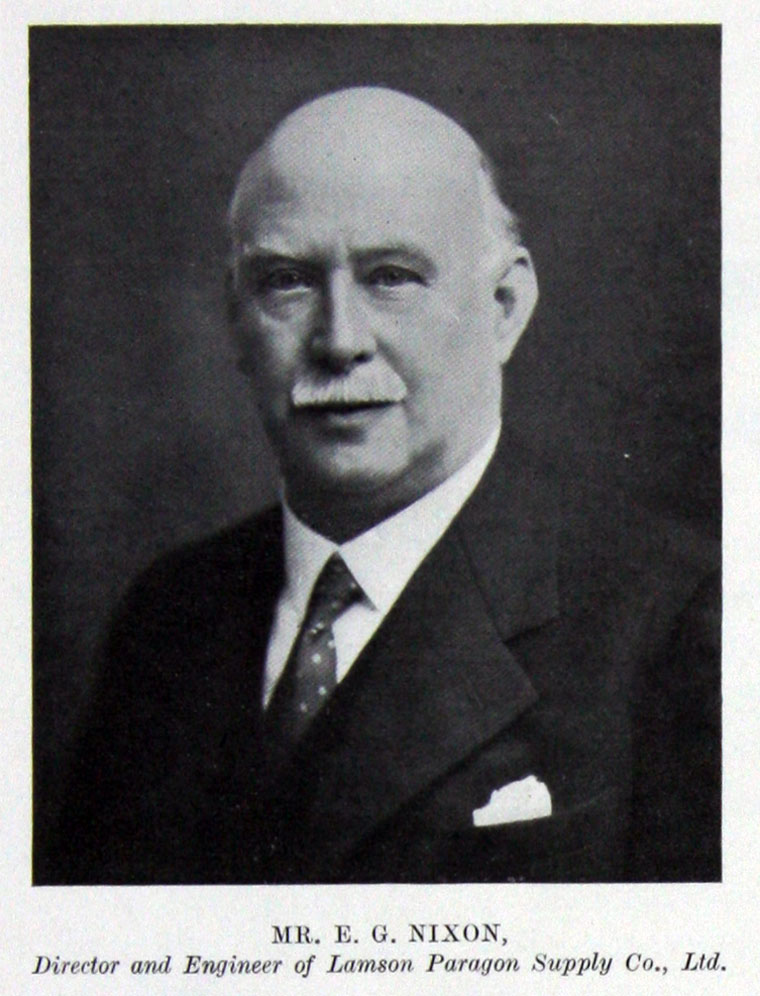 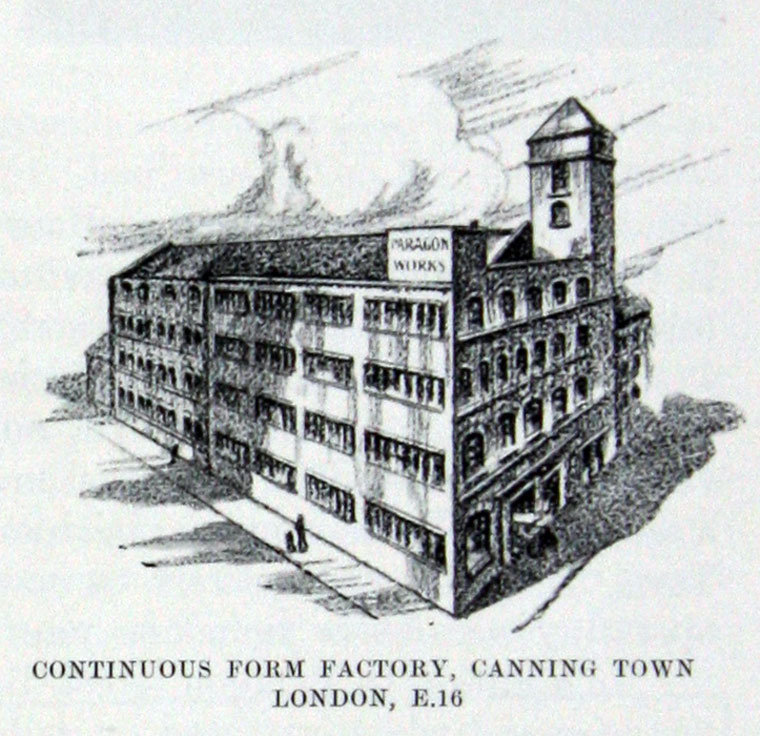 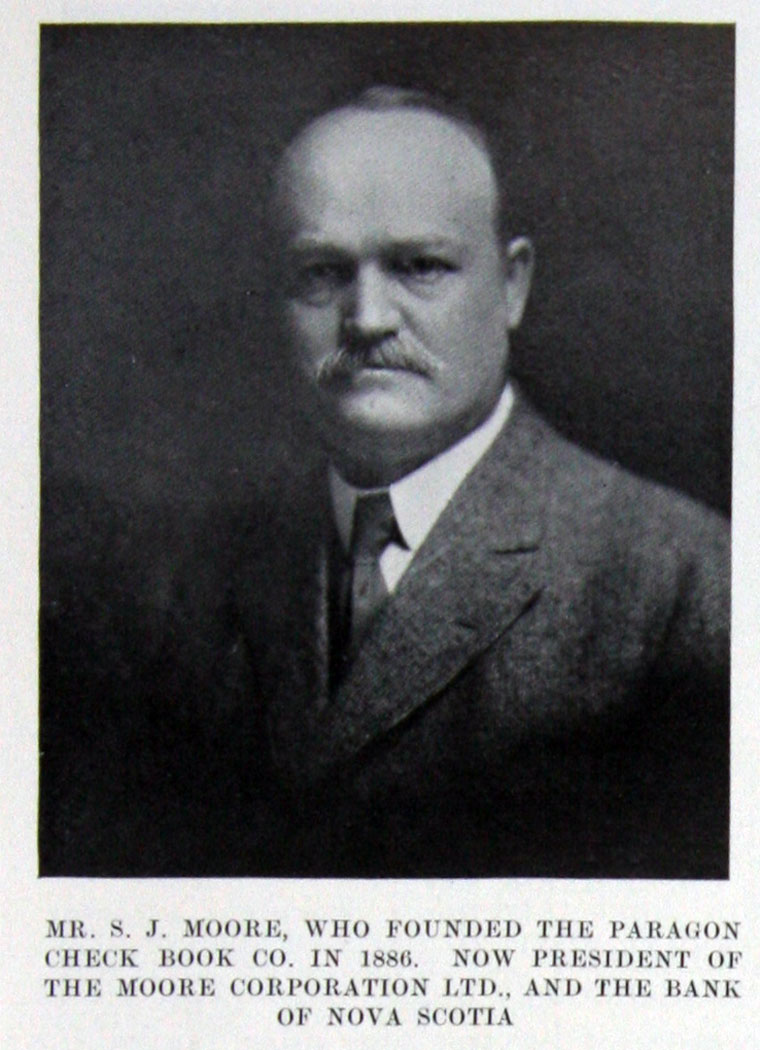 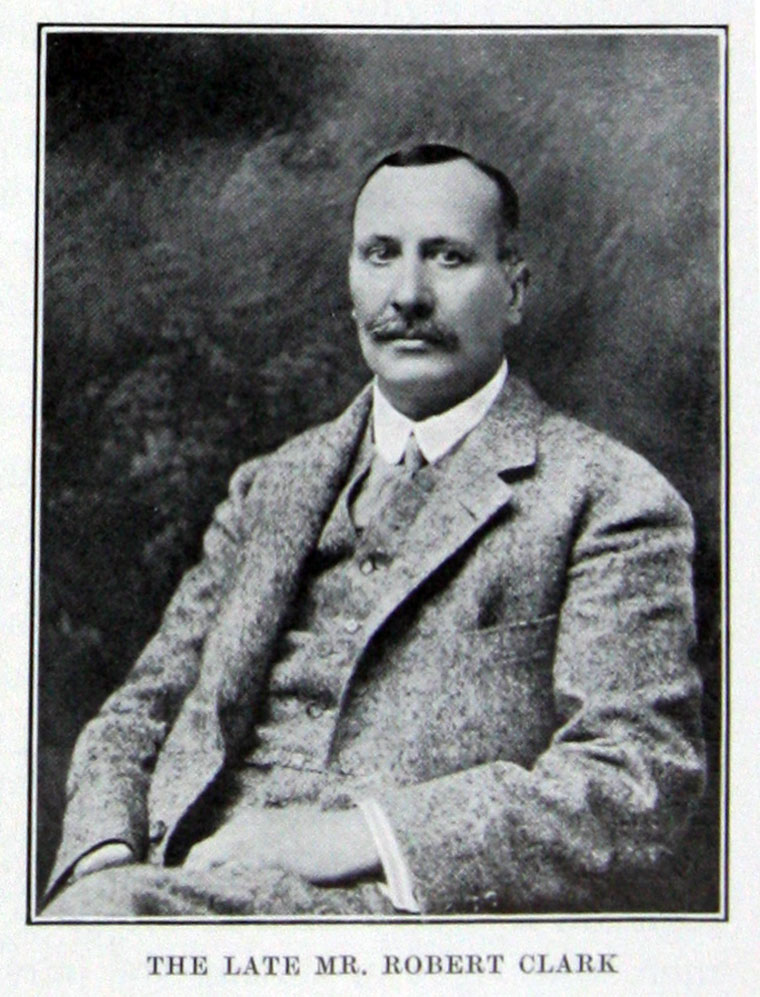 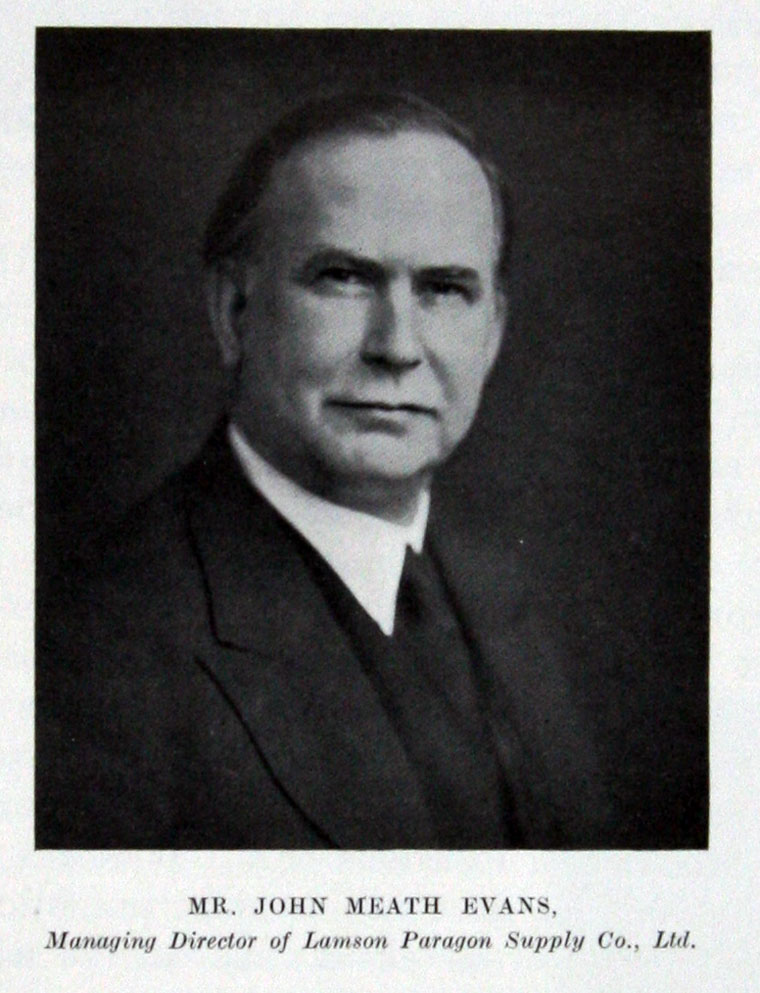 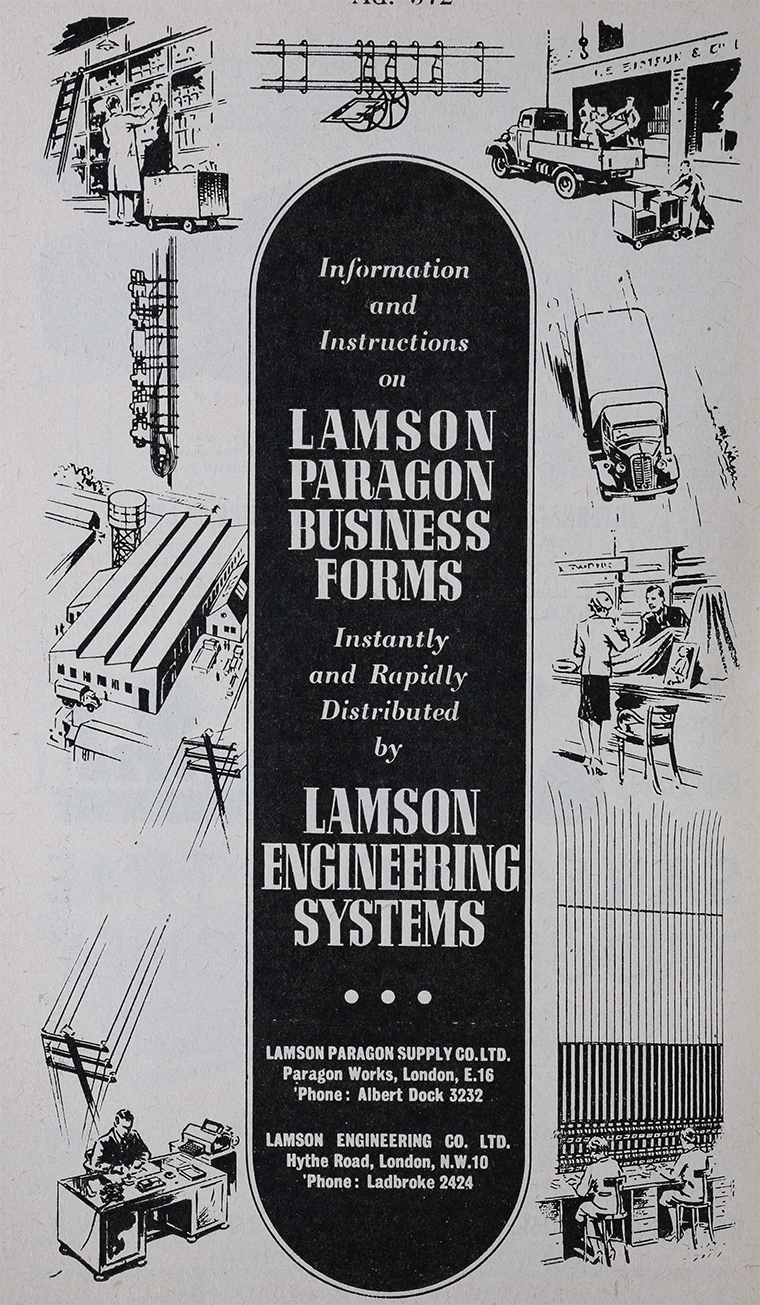 1889 The Lamson Paragon Supply Co was established in London, by amalgamation of the Paragon Check Book Co (established 1886 in the City of London) and the Lamson Store Service Co, with rights to sales, book patents and manufacturing know-how for the Lamson Cash-Ball System throughout Europe and Australia.

1902 The company was registered on 27 September, as the Lamson Paragon Supply Co (1902), to acquire the business of a company of almost similar title, manufacturers of specialities in stationery, the name being subsequently changed as above. [1]

1929 Patent - Improvements in carbon manifolding packs and apparatus for use therewith in typewriters. [4]

In the 1960s, the Willesden factory was closed and the firm moved to Stoke-on-Trent.

In 1963, this became an Anonymous Company

1974 Lamson Industries, which was 52% owned by Moore Corp of Canada, acquired Setright Registers from British Match[8].

1976 Became a Private Company. It has a daughter company Lamsonair BV.

1977 Lamson Industries was merged with the Moore Corporation.

1987 Frederick Cooper acquired Lamsons from Crest Nicholson, and in 1990 it was sold to J. Bibby and Sons for £8.2 million.