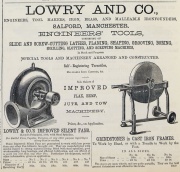 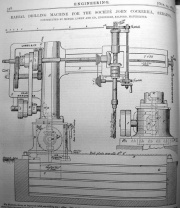 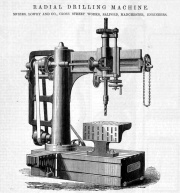 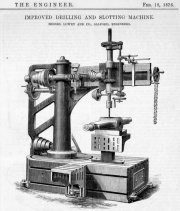 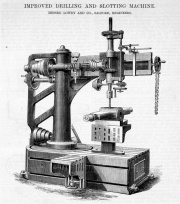 1854 Notice of sale of the valuable machinery for preparing and spinning flax, now being in and upon the Springfield Mill, Salford, recently occupied by George Lowry. The above machinery comprises from 6000 to 7000 spindles, with all the necessary preparation lathes, tools etc., for immediate working. The whole of the machinery is nearly new, and was made by Peter Fairbairn and Co of Leeds [1]

1860 'Fall of Houses in Salford.— During Sunday two accidents to dwelling houses occurred in Salford, but fortunately they were not attended by personal injury. About three o'clock in the morning, the front wall of a two-storey house in Cross-street, Bury-street, fell with an alarming crash, and rendered the place a ruin. It belonged to Mr. Tomkinson, wood turner, and was occupied him and Mr. Lowry, machine maker. Two rooms on the ground floor were occupied by a turner named Rowbotham, his wife, and four children. There was a stable adjoining.....'[2]

1869 Talk by Mr. Lowry and Joseph Corbett on the Prevention of Floods in the Irwell at a meeting of the Manchester Institution of Engineers at the Royal Institution . See illustration of proposed caisson weir (not actually constructed).[3].

1871 'THE ALLEGED FRAUDS IN THE YARN TRADE.
'On Thursday, at the Borough Court, Wm. John Emerson Priestley, mill manager, Blackburn-road, and James Emerson Priestley, foreman hackler, Rhyl-street (brothers), were again brought up on remand charged with stealing a large quantity of yarn, valued at £2OO, the property of their employers, Messrs. G. and R. J. Lowry.
'Mr. Richardson appeared for the prosecutors, and Mr. Pennington defended the prisoners. Mr. Richardson said the prisoners were charged for that they, being in the service of the Bolton Flax Spinning Company, carrying on business at Britannia Mill, off Blackburn-street, did, on the 20th of February last, feloniously steal 205 bunches, or 400 and odd handles, of yarn, the property of their employers. ..... The elder prisoner, Wm. John Emerson Priestley, was employed in the month of November, 1869, in the capacity of manager of the concern known by the name of the Bolton Flax Spinning Company, the proprietors of which were Messrs. George and Robert James Lowry. He did not propose, unless it were extracted from him, to say what the actual amount was, but the elder prisoner was engaged at a very handsome salary indeed, and occupied a position of considerable trust and confidence. The younger prisoner was a hackler, engaged about the same time. Mr. George Lowry, the senior partner, was a machine maker, residing at Bramhall House, Lower Broughton, Manchester, and had extensive machine works at Salford. What time he could devote between the two concerns he did, on average visiting Bolton once day, generally a little after eleven o’clock the forenoon. For some time previous to the 27th of February he was dissatisfied in his own mind with the progress of his works in this town, which were large, employing upwards of 200 workpeople, and paying a large amount of salary every fortnight, and knowing that the success or failure of the concern, in some degree, at all events, rested with his manager, he found it necessary remove what be considered the source of the injury accruing to him by replacing his then manager by another person in whom he had confidence and who expected to bring about better results. On the 27th February he communicated to the elder prisoner in writing his resolve that at the termination of month his services would be dispensed with. That letter was acknowledged both in writing and verbally, but to that time Mr. Lowry had had no cause or reason to suspect the prisoner’s honesty. .....'[5]

1878 'Disastrous fire yesterday afternoon at the works of Messrs Lowry & Co, Salford. Damage estimated at £10,000. The stock was partially insured'. [6]

8th September 1879: 'Liquidation by Arrangement of the affairs of George Lowry, of the Cross-street Iron Works, No. 11 Cross-street, Salford ….. Engineer and Machinist, trading as Lowry & Co., and residing at No. 31 Manchester-road, Southport ....' [7]