Grace's Guide is the leading source of historical information on industry and manufacturing in Britain. This web publication contains 138,139 pages of information and 223,036 images on early companies, their products and the people who designed and built them. 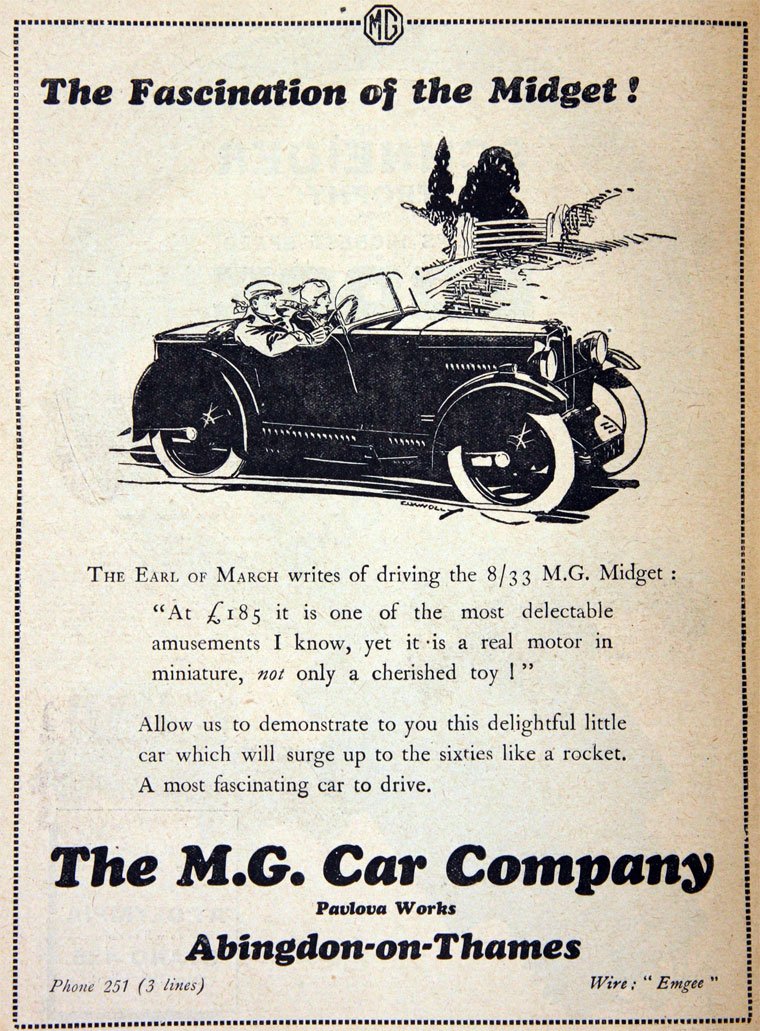 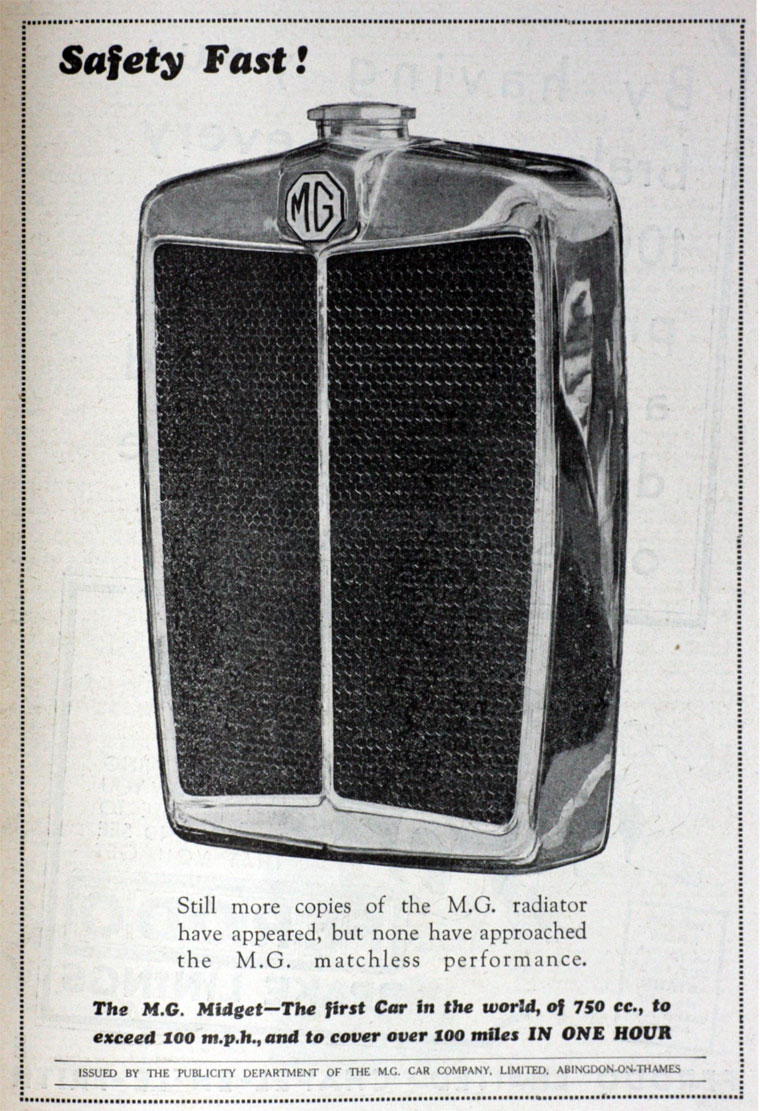 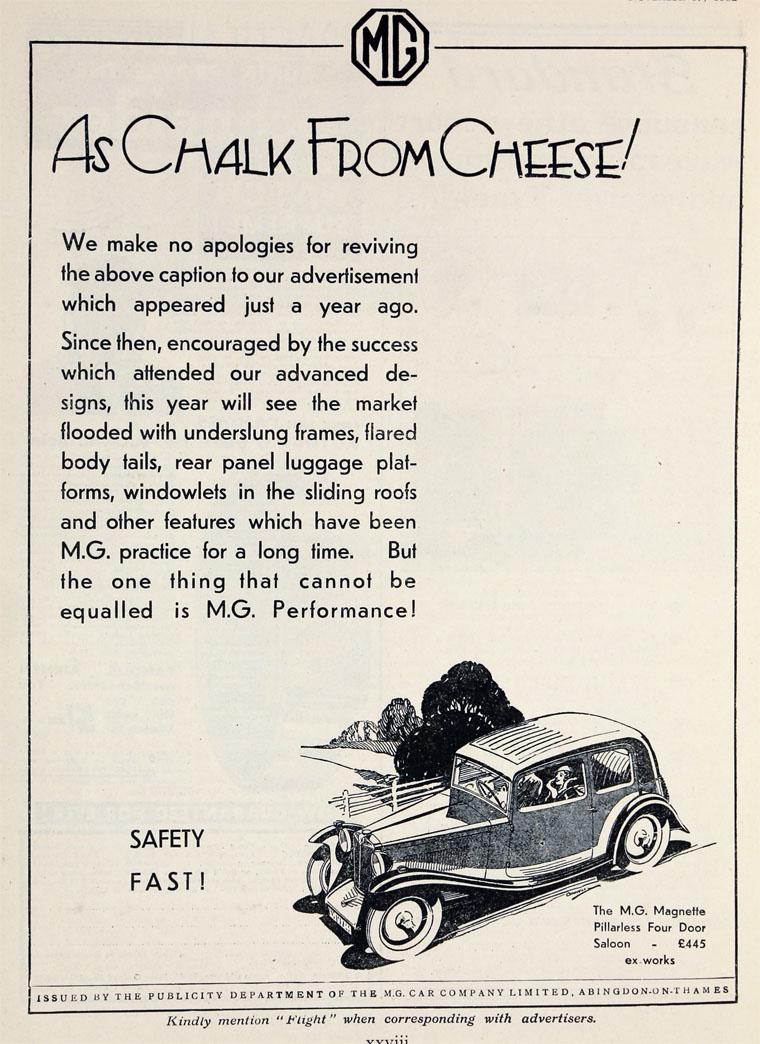 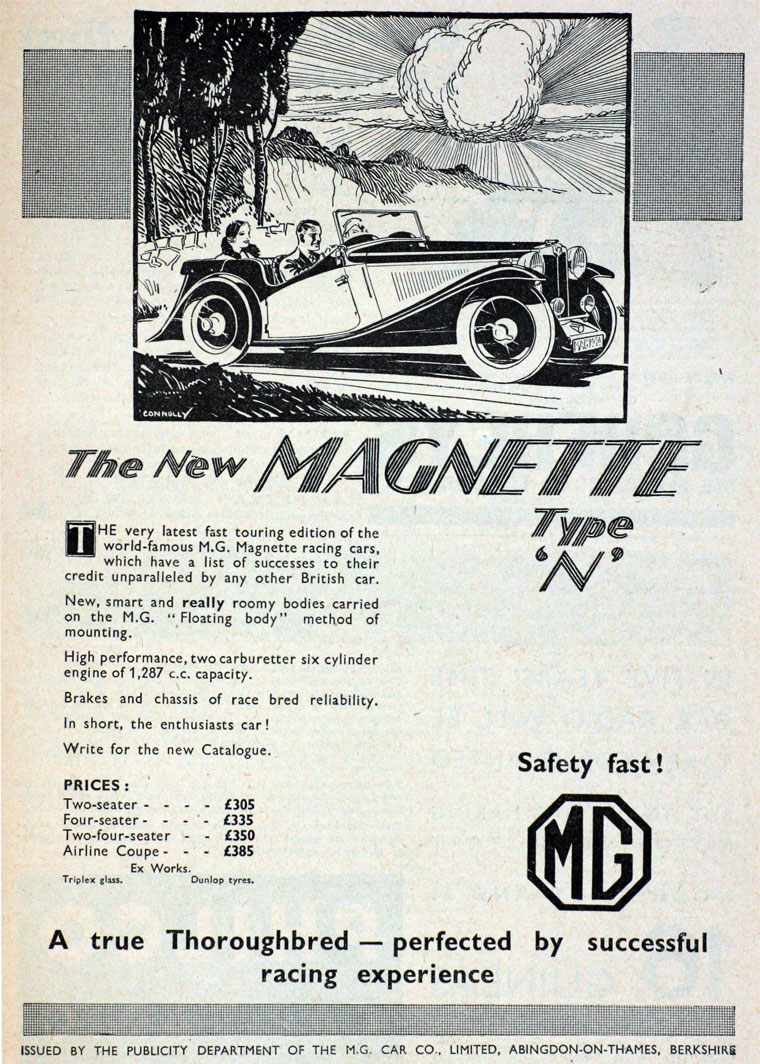 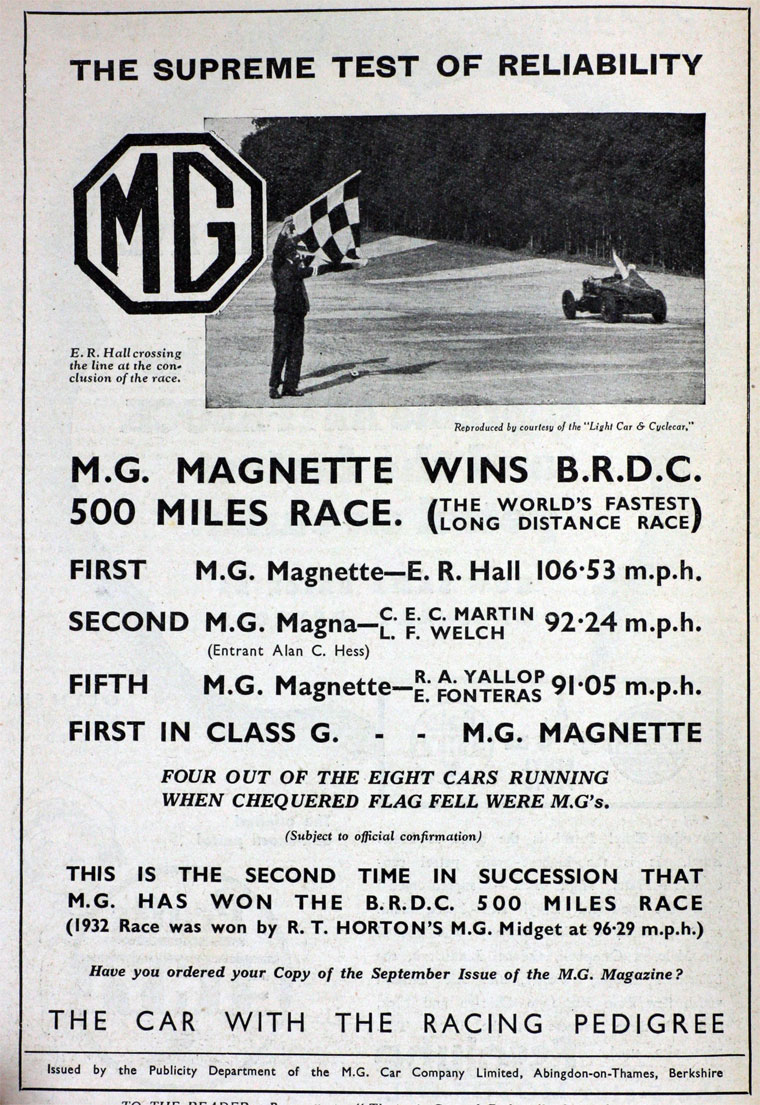 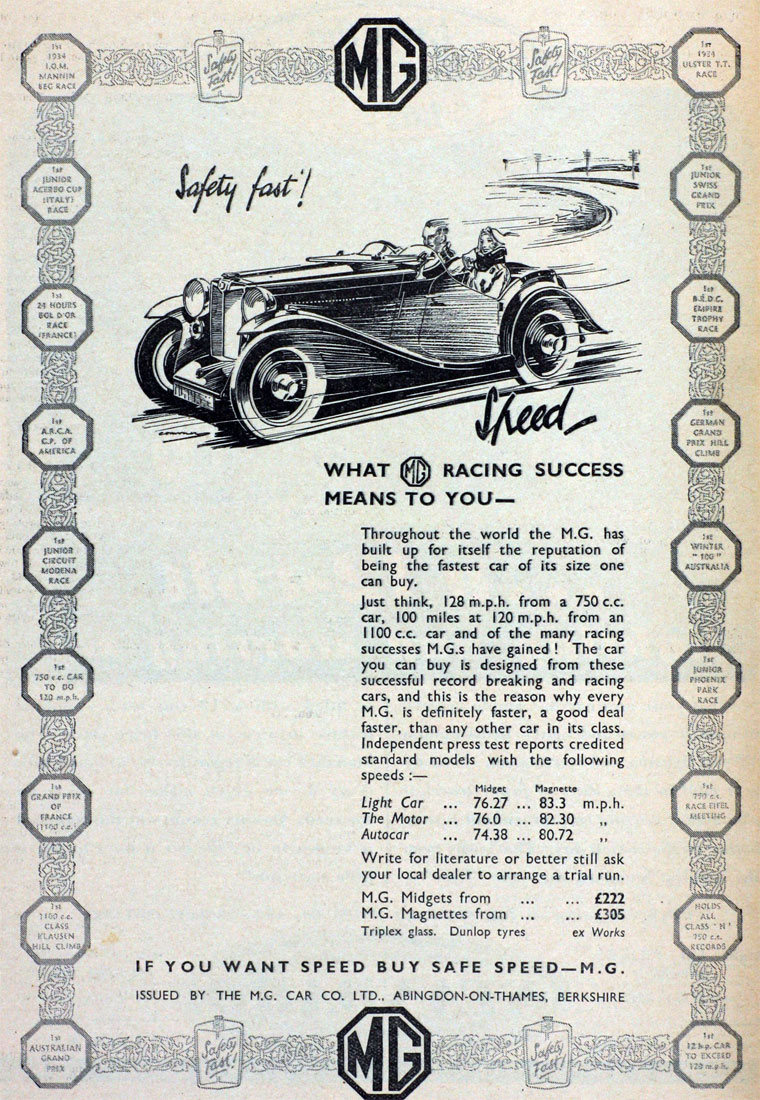 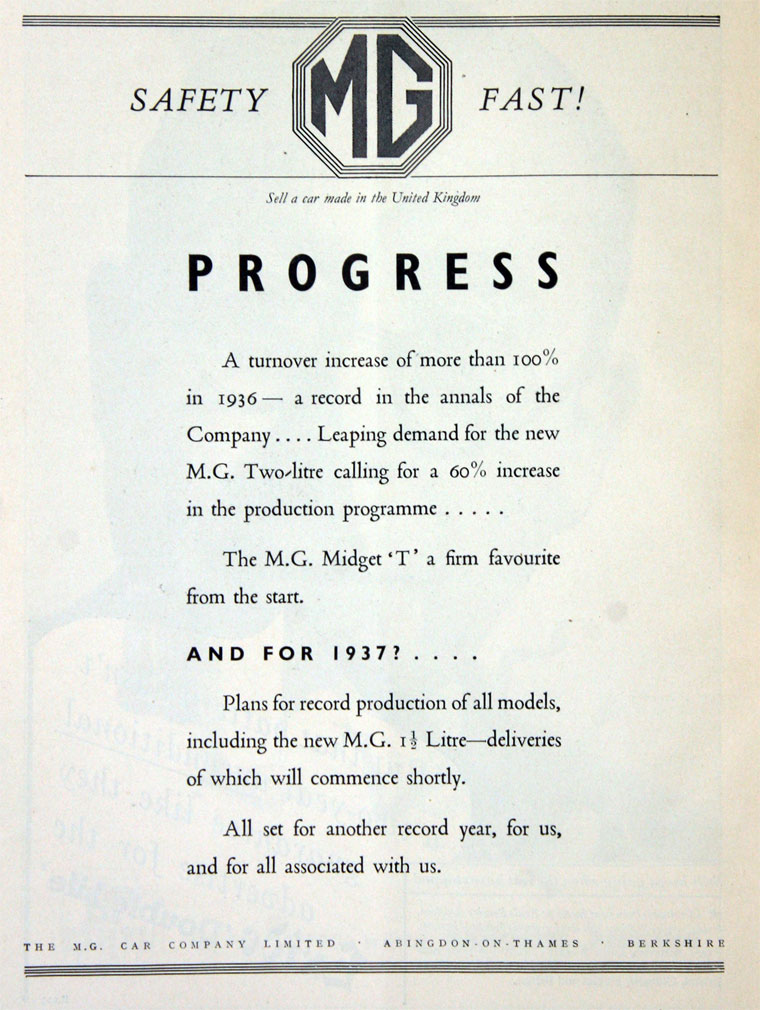 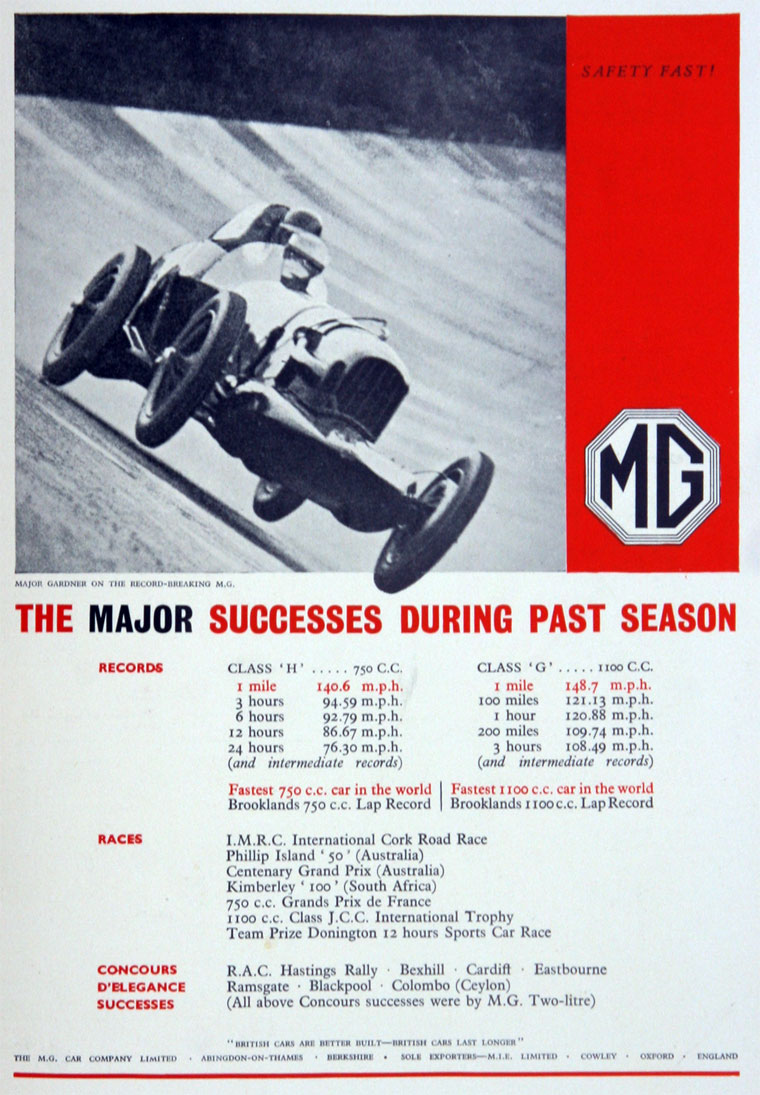 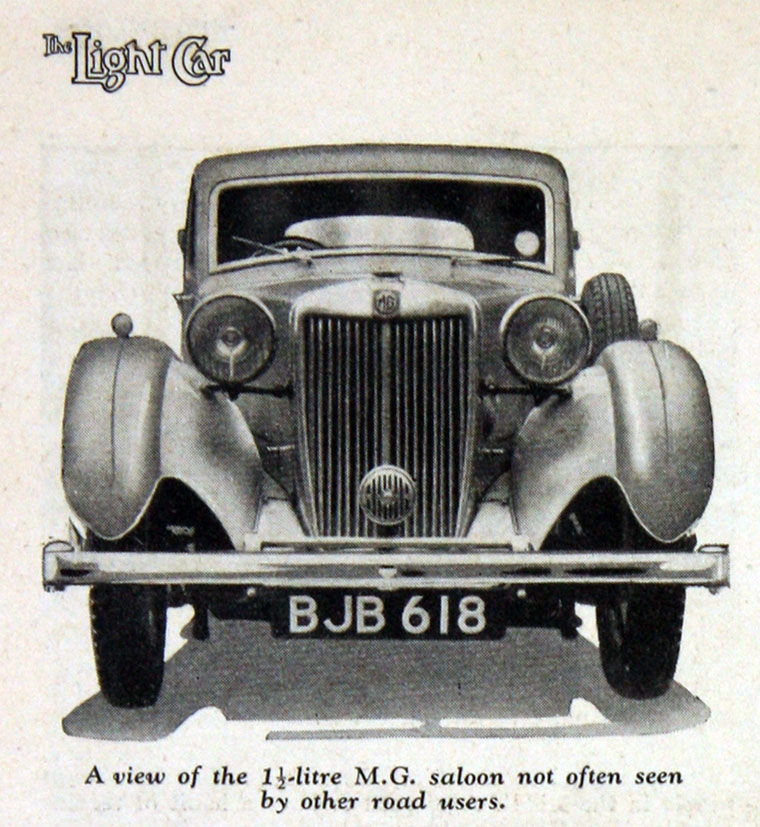 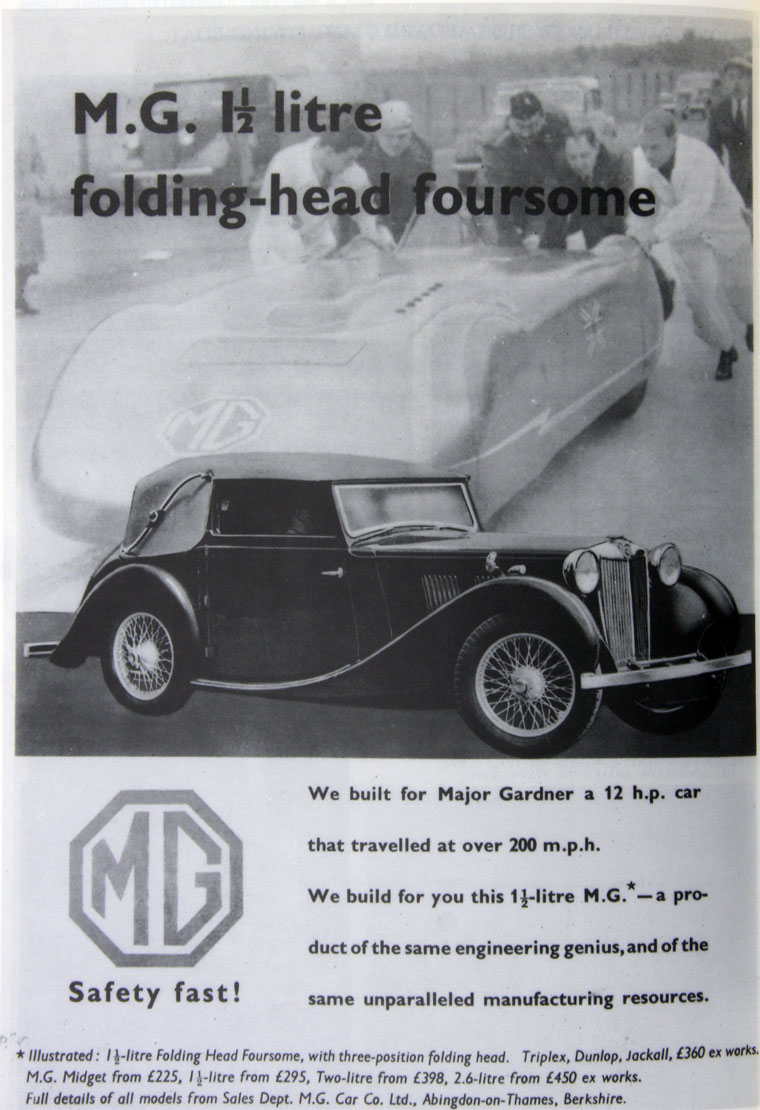 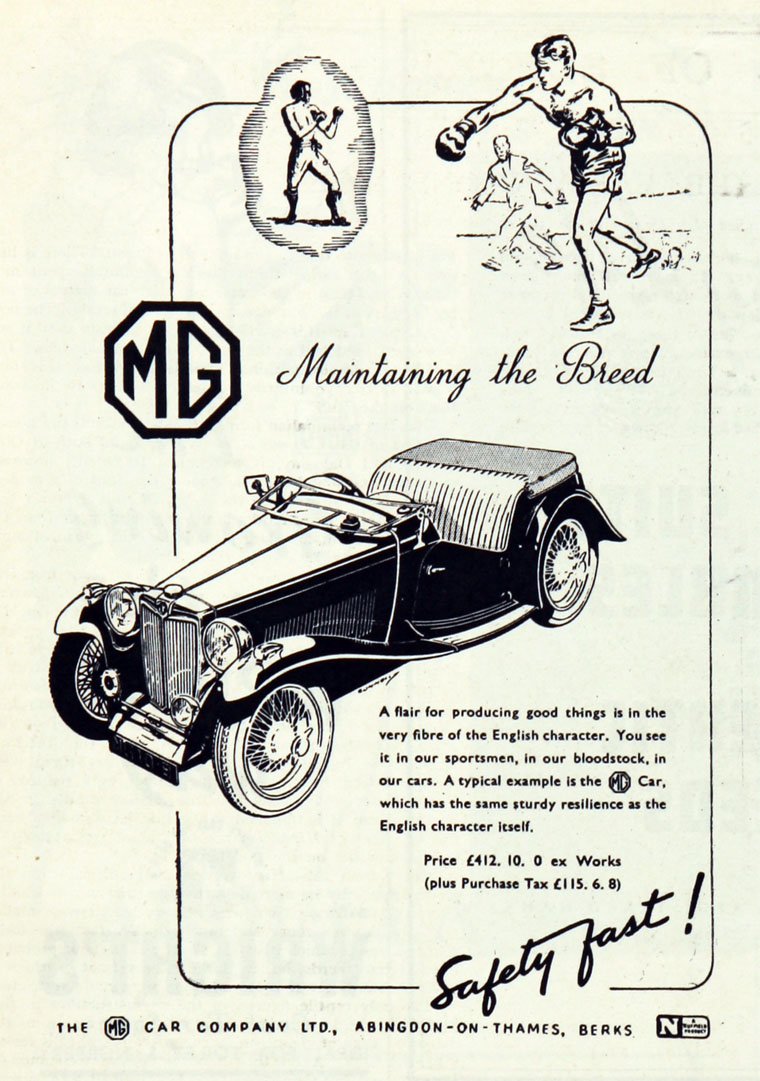 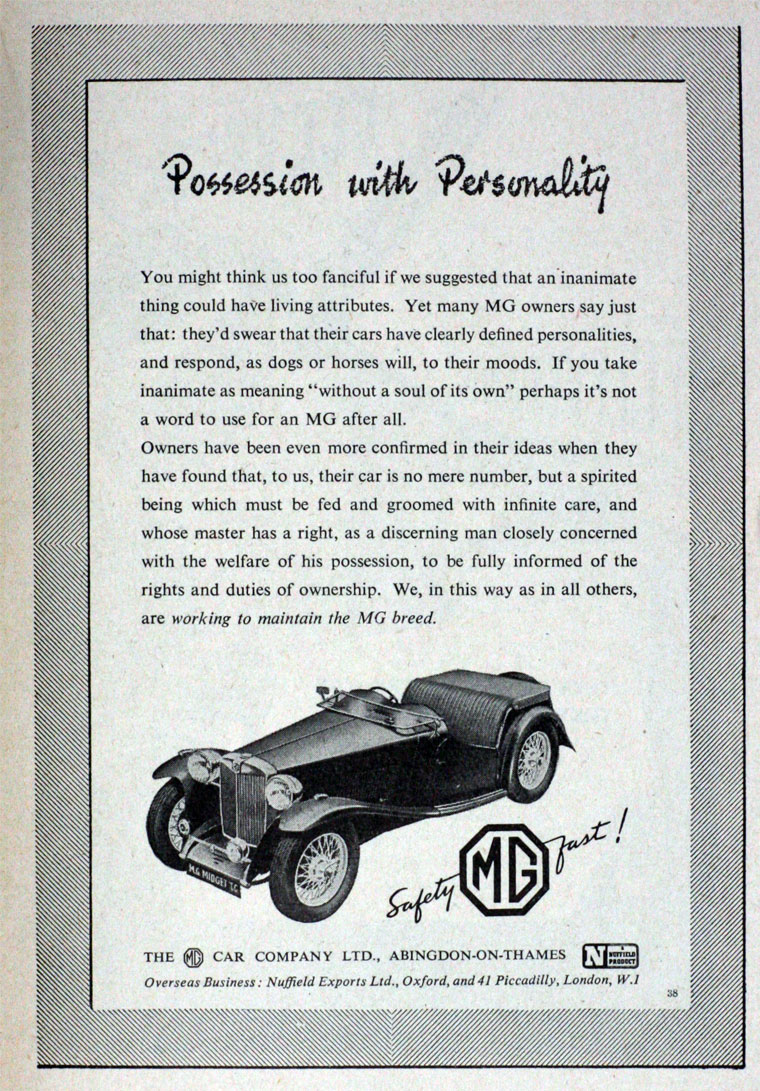 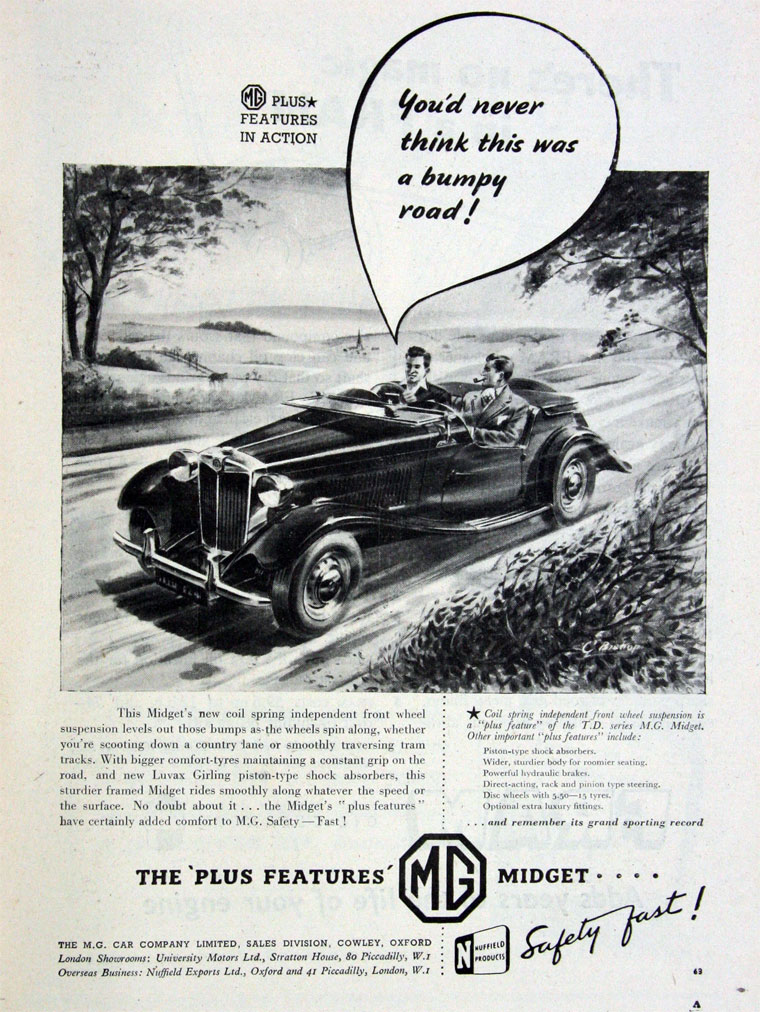 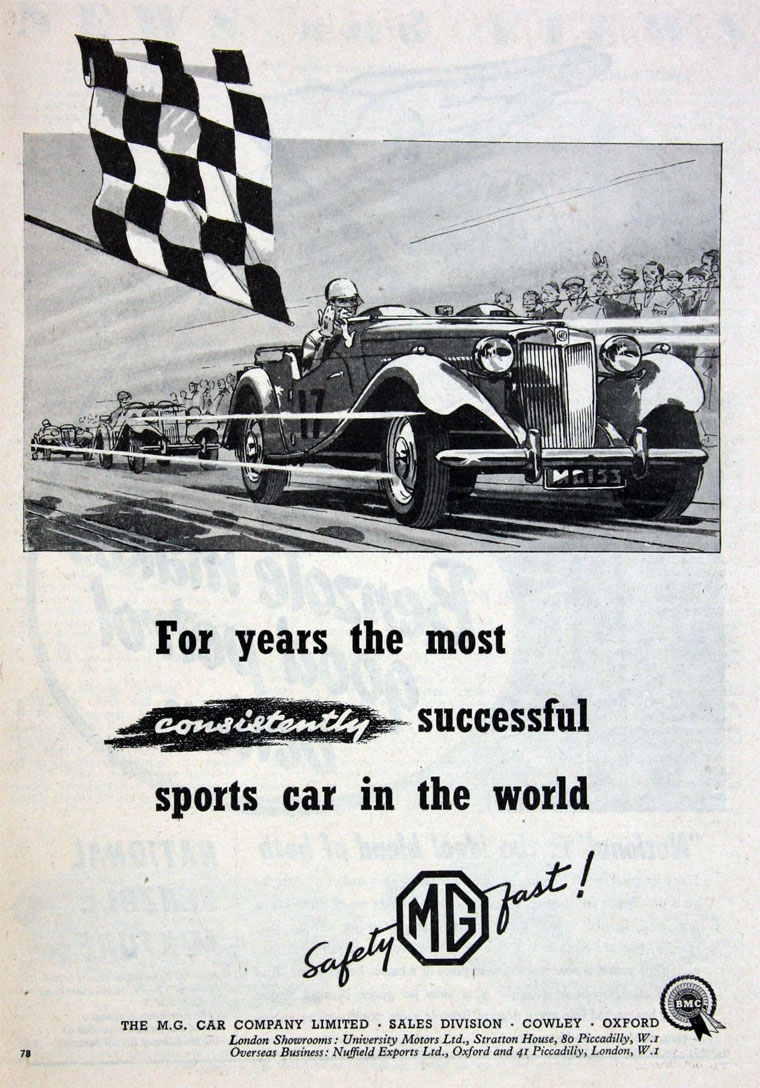 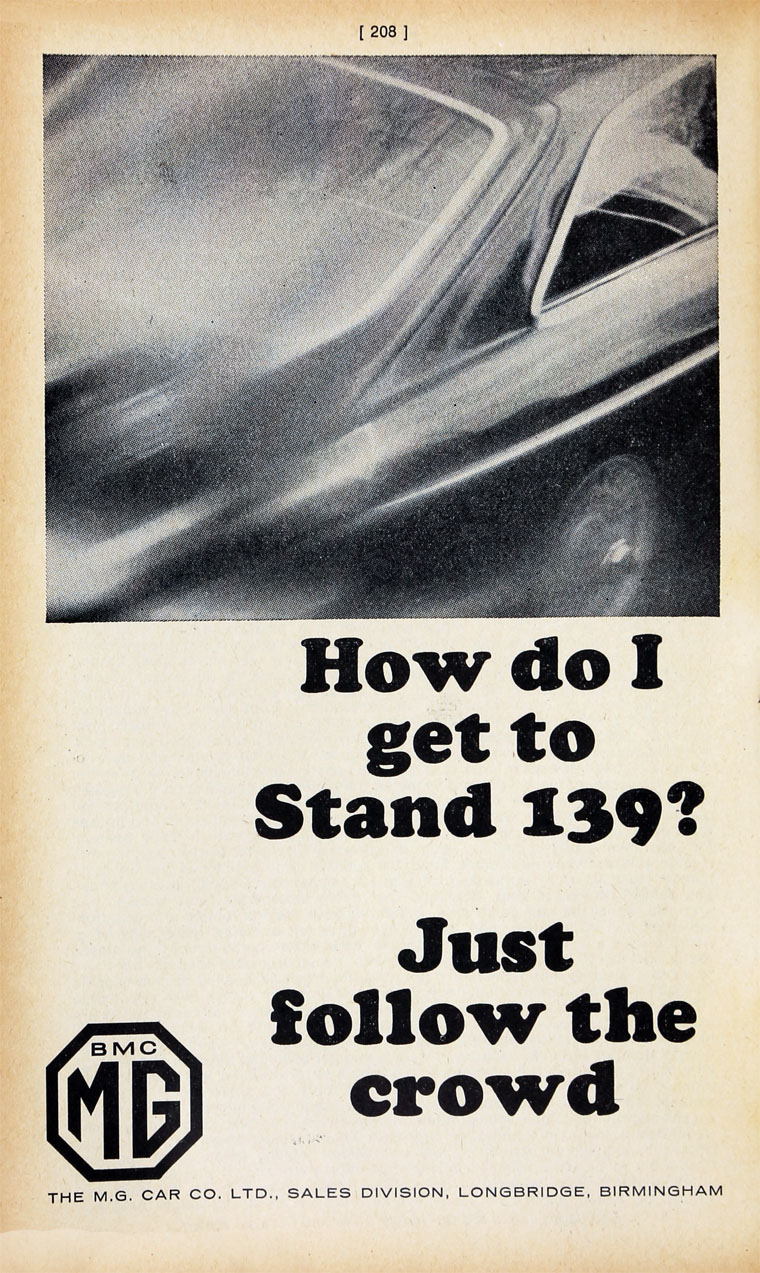 MG took its name from Morris Garages, a dealer of Morris cars in Oxford

1924 There is some debate over when MG started. The company itself stated it to be 1924, although the first cars bore both Morris and MG badges and a reference to MG with the octagon badge appears in an Oxford newspaper from November 1923. Others dispute this and believe that MG began trading in 1925.

The first cars which were re-bodied Morris models using coachwork from Carbodies of Coventry and were built in premises in Alfred Lane, Oxford

1927 Continuing expansion meant another move to a separate factory in Edmund Road, Cowley, Oxford, near the main Morris factory and for the first time it was possible to include a production line.

In 1928 the company had become large enough to warrant an identity separate from the original Morris Garages and the M.G. Car Company Limited was established in March of that year and in October for the first time a stand was taken at the London Motor Show.

Up to 1928, the MG cars were modified Morris cars. The MG 18/80 Mk I launched at the Motor Show was the first true MG and had a new 2,500cc six-cylinder engine and its own designed chassis

1929 September. Space again soon ran out and a search for a permanent home led to the lease of part an old leather factory in Abingdon, Oxfordshire in 1929, gradually taking over more space until production ended in 1980.

1935 Originally owned personally by William Morris, the company was sold to Morris Motors (later to become part of the Nuffield Organisation); a change that was to have serious consequences for the company, particularly its motor-sport activities.

1952 Thornley took over as General Manager, guiding the company through its best years until his retirement in 1969.

1952 MG was absorbed into the British Motor Corporation. Under BMC, several MG models were no more than badge-engineered versions of other marques, with the main exception being the small MG sports cars.

1961 Pioneers of "safety-fast" motoring, specialising in production of sports-car and sports-saloon models. M.G. "marque" universally recognised as holders of world speed records and many trade, competition and reliability awards.

The Abingdon factory was shut down as part of the programme of cutbacks necessary to turn BL around after the turbulent times of the 1970s.

Later forms of MGs built by BL's Austin Rover Group were often badge-engineered Austins, and were made at the Longbridge plant.

As of 2003, the site of the former Abingdon factory was host to McDonalds and the Thames Valley Police with only the former office block still standing. The headquarters of the MG Car Club is situated next door.