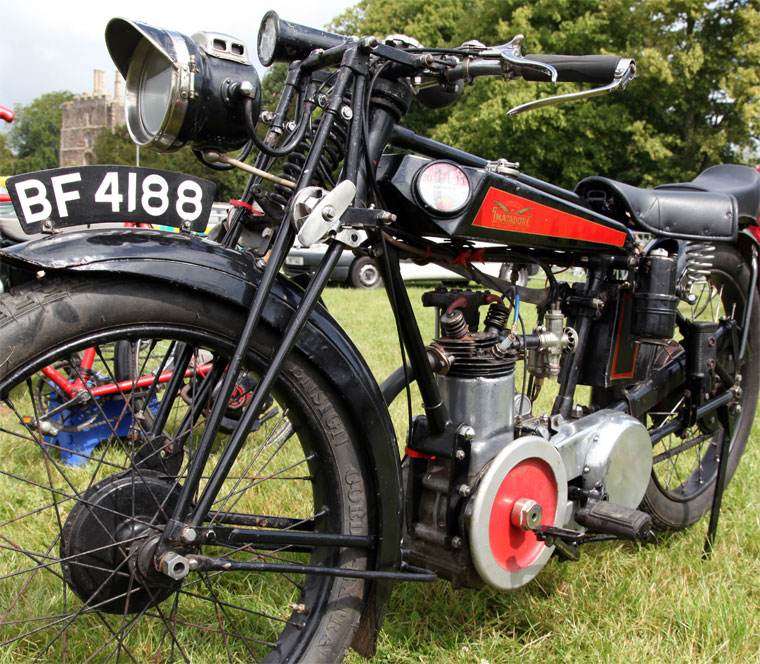 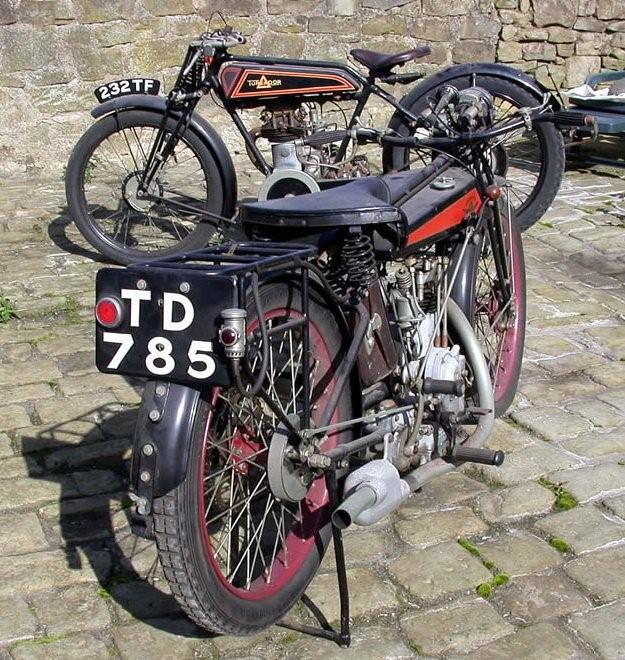 Matador were motorcycles produced from 1923 to 1927, in Preston, to a design by Bert Houlding.

Bradshaw engines were used throughout the lifespan of the marque, and the first machines were fitted with the 349cc oil-cooled ohv version. Other standard fittings were all-chain drive and a three-speed gearbox. Braking was via both brakes acting independently on the rear wheel.

1924 Webb centre-spring forks were fitted, and the range expanded to include the 348cc engine in either sv or ohv form. Other special features included patent adjustable handlebars and a patent silencer. During that year Bert Houlding left the company.

1925 Production continued with the addition of a model fitted with the two-port 344cc ohv JAP engine. Brampton forks were fitted and one brake per wheel became the norm.

1926 The JAP engine was dropped and the company returned to using only Bradshaw. The standard model was joined by a TT replica, with a roller-bearing engine, Webb forks, Brampton close-ratio gearbox and three brakes (one front, two rear).

1927 Without the input of Bert Houlding the Matador design had become stuck in the doldrums. The firm offered two machines as a standard and a Super Sports, but it was their final year.