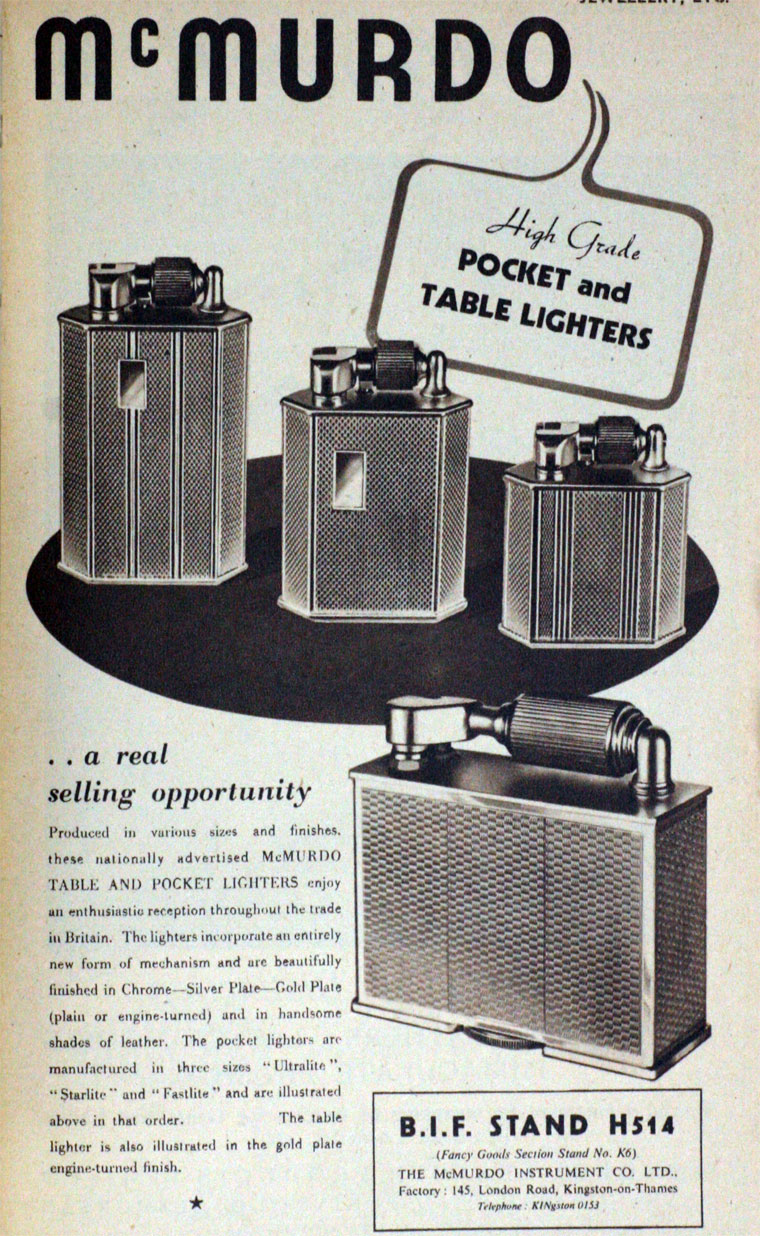 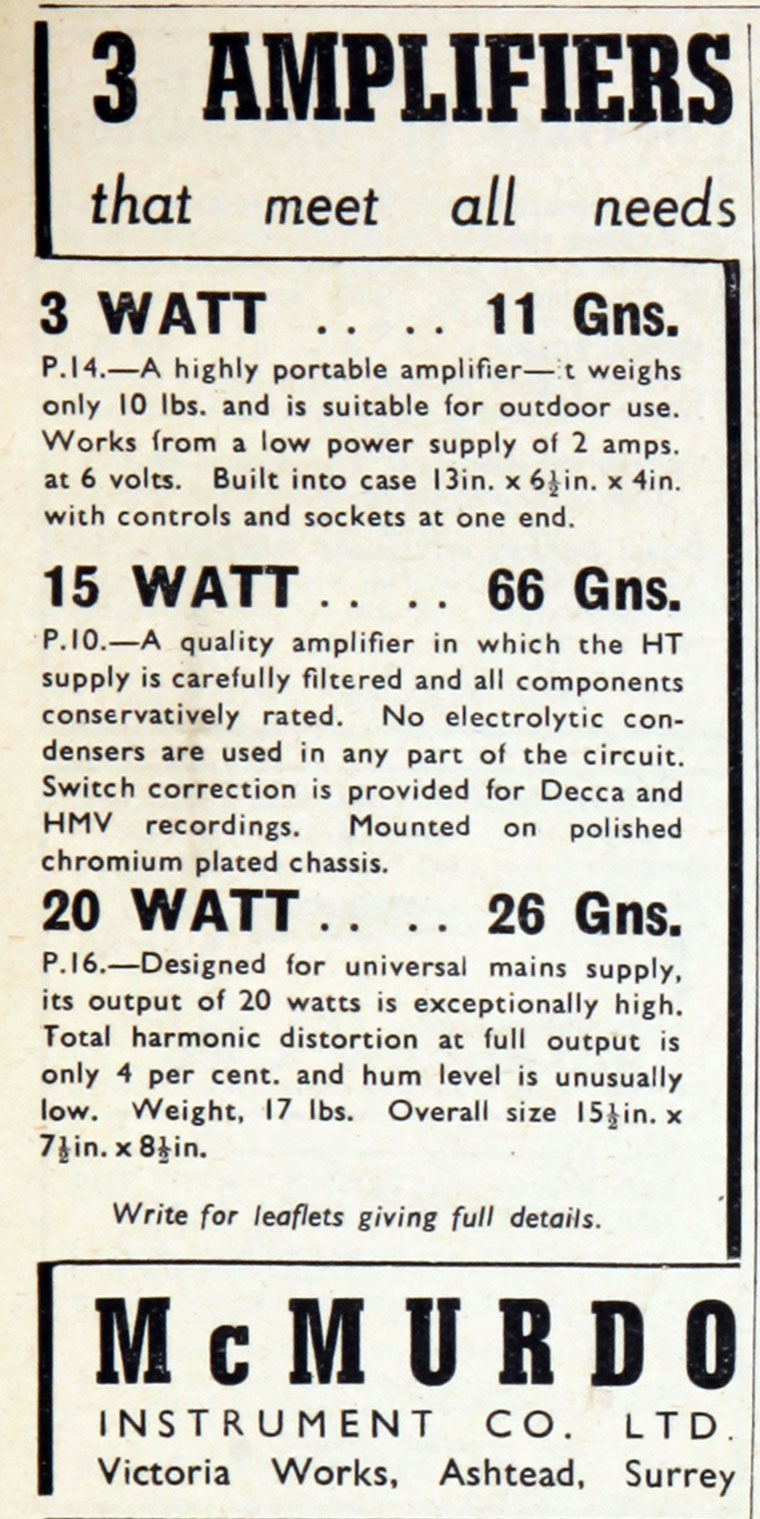 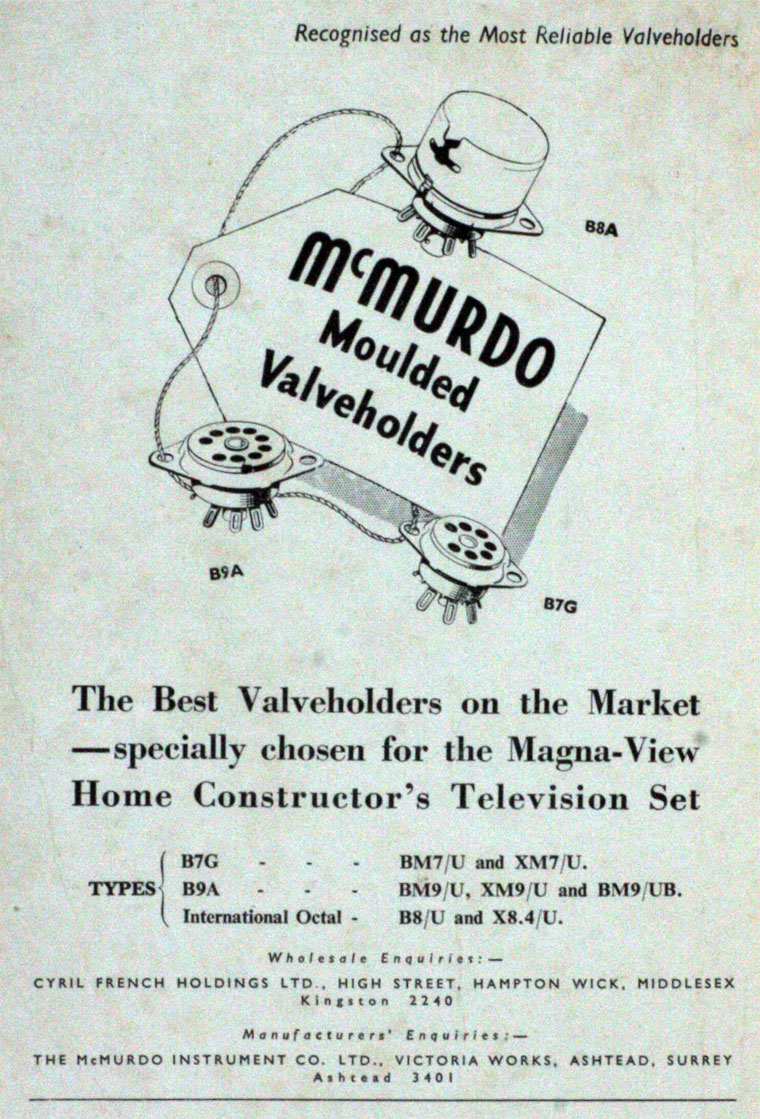 The name originated in the mid 1930's with an American, a Mr. McMurdo, who set up a company called McMurdo Silver, to make a very high quality radio receiver, chassis, all of which were plated in bright silver.

1939-45 There were three establishments in Surrey:

Post WWII. The Kingston factory, then called Celestion, was sold to the Celestion-Rola speaker manufacturers and a separate company was formed - Micro Precision Products - to continue producing a range of photographic equipment, notably the Microcord, flex and technical/press cameras. The Leatherhead factory was closed and its work transferred to Ashtead. The Ashtead works continued to produce valveholders, and early connectors, in particular the Red Range and Dee Range connectors (still in production). The Company became major contractors for the Ministry of Defence developing VT fuzes for shells, and as a result innovators in the use of plastics of all types, electroncs, and electro chemical systems for batteries. Out of these endeavours sprang the present range of McMurdo products, particularly the Marine Safety products and the Fuze batteries.

1953 Construction of the Portsmouth factory started with the name Patomic Ltd., manufacturing valveholders and connectors initially. Associated with McMurdo in the same site later were Harwin's Ltd. (electronic component manufacturers) and Halmatic Ltd. (the glassfibre boat manufacturers), all owned by Mr. de Laszlo. At one time 3.4 million valveholders per week were made by about 950 people.

1963 Louis Newmark acquired certain assets of McMurdo Instrument Co, including use of the name McMurdo, to expand its range of electronic and precision instruments[1]

1963-64 Harwin Ltd. and Halmatic Ltd. left the Portsmouth site, and the Ashtead works was closed, the activities from Ashtead being transferred to Portsmouth in the main. The fuze battery development went first to Croydon and later transferred on to Portsmouth. All McMurdo activities were then under one roof.

1983 The company specialised in Design, Development, and Production continues on the whole range of McMurdo products in the fields of Connectors, Marine Safety devices, Fuze batteries, etc., etc. with about 400 employees.

1990 McMurdo Batteries was acquired by Kembrey from Louis Newmark[3]