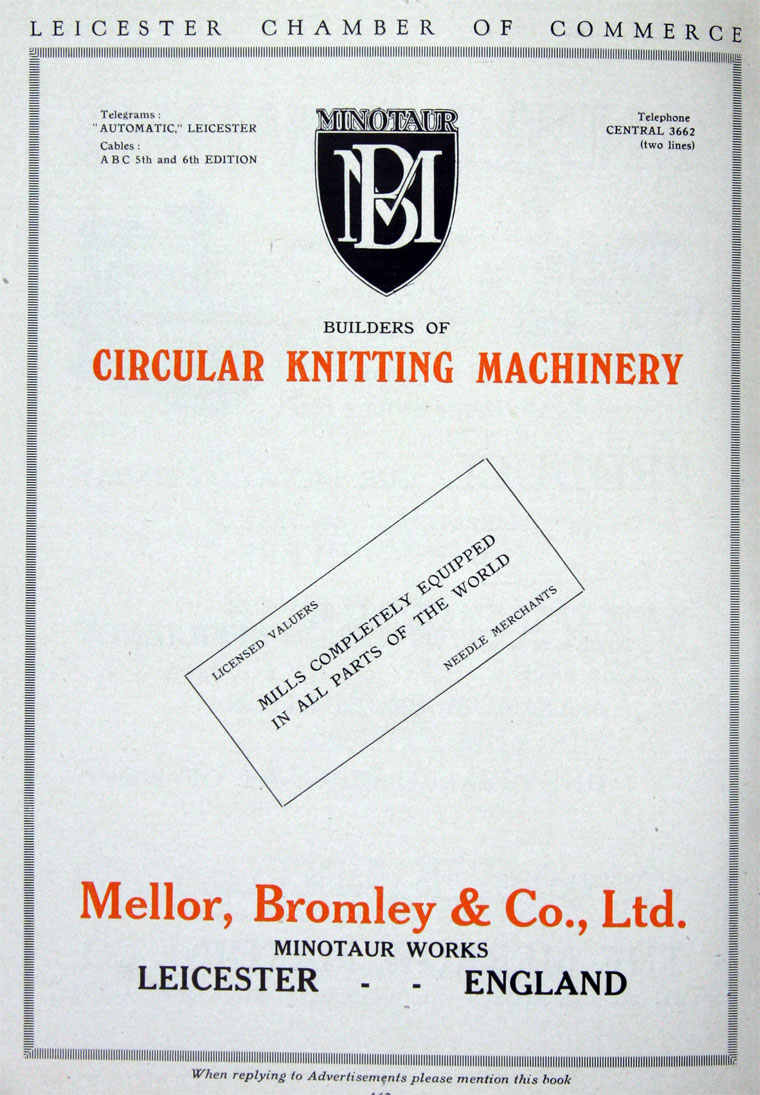 1921 The benefits of all patents held by the G. and V. R. company were assigned to Mellor, Bromley and Co of Leicester[1]

1945 Applied for extension of the term of a patent granted to MELLOR BROMLEY AND COMPANY Limited, THOMAS CHARLES BROMLEY and ARTHUR SHORTLAND bearing date the 16th February, 1929, and numbered 329,369 for the invention of "Improvements in or relating to Patterning Mechanism for Knitting Machines."[3]

Presumably Wildt and Co was combined with Mellor, Bromley and Co, both subsidiaries of Bentley Engineering, as Wildt Mellor Bromley