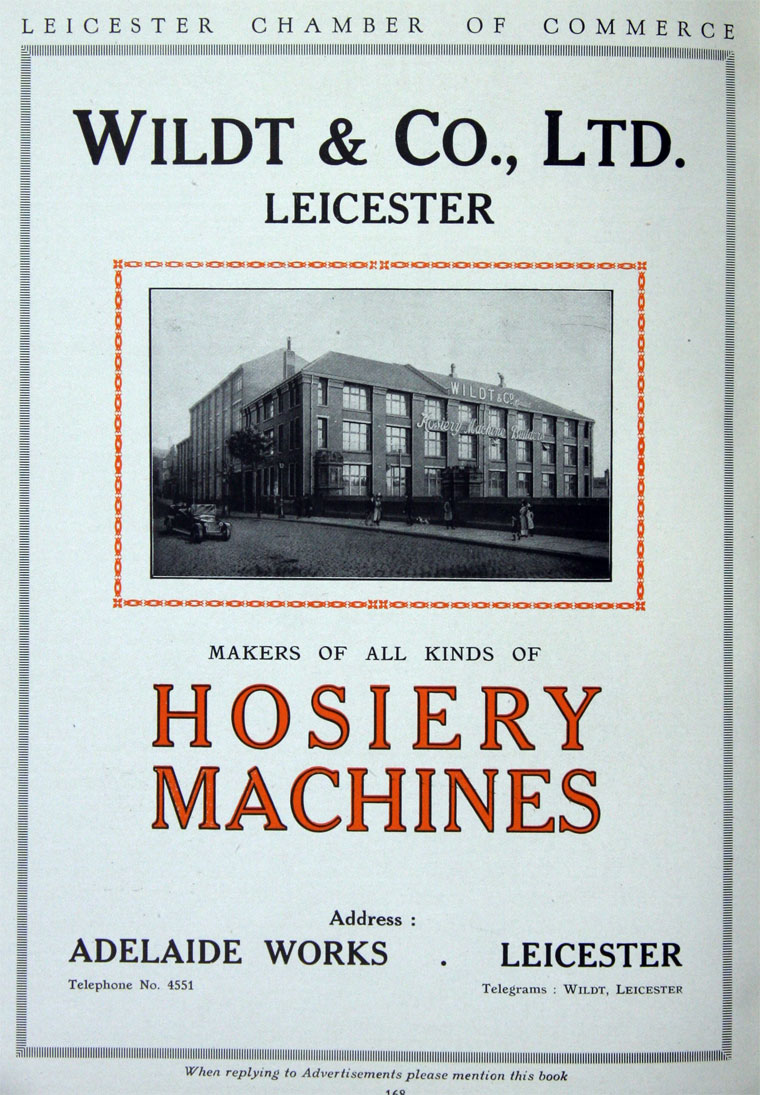 1935 Acquired the knitting machine business of Messrs. William Spiers, Ltd., which substantially increased the range of machines made by the addition of models for the automatic production of ribbed footwear, etc.

By 1937 The managing director was the founder's son, Dr. Edwin Wildt.

1955 Bentley was acquired by Sears Holdings