Grace's Guide is the leading source of historical information on industry and manufacturing in Britain. This web publication contains 140,110 pages of information and 227,381 images on early companies, their products and the people who designed and built them. 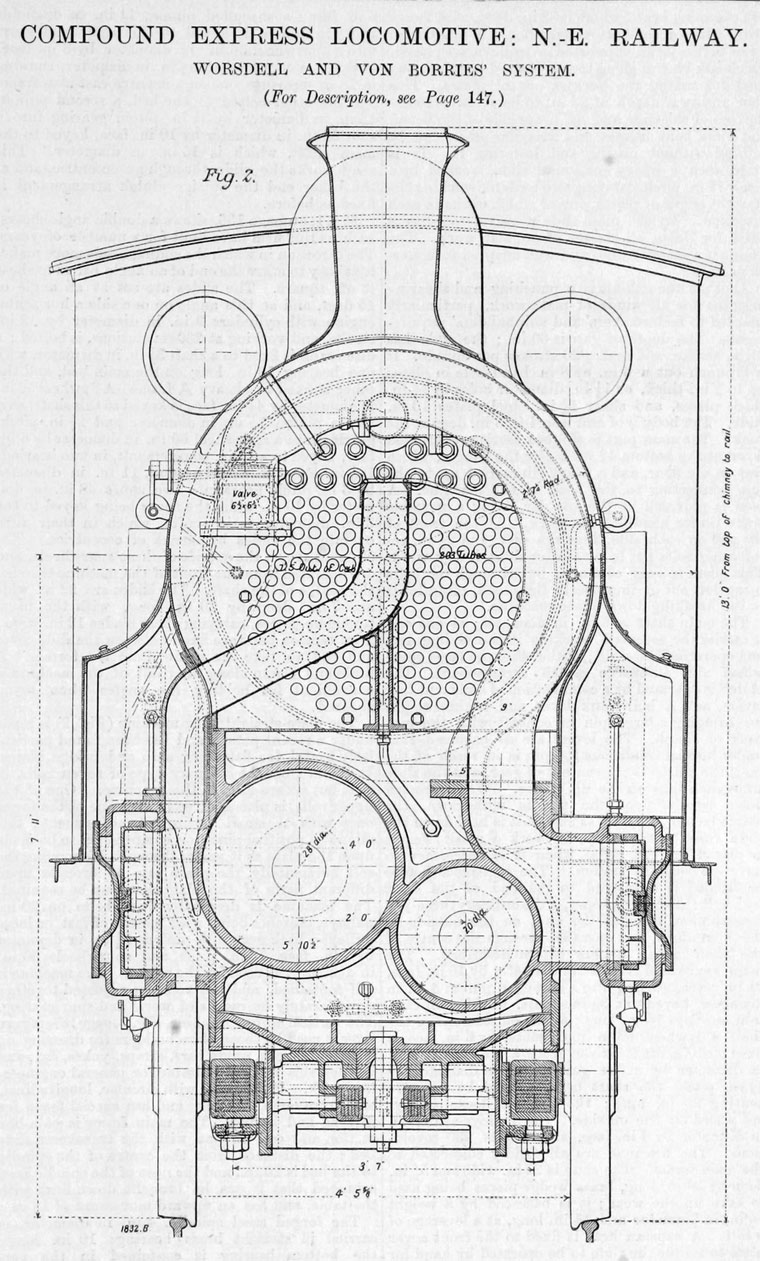 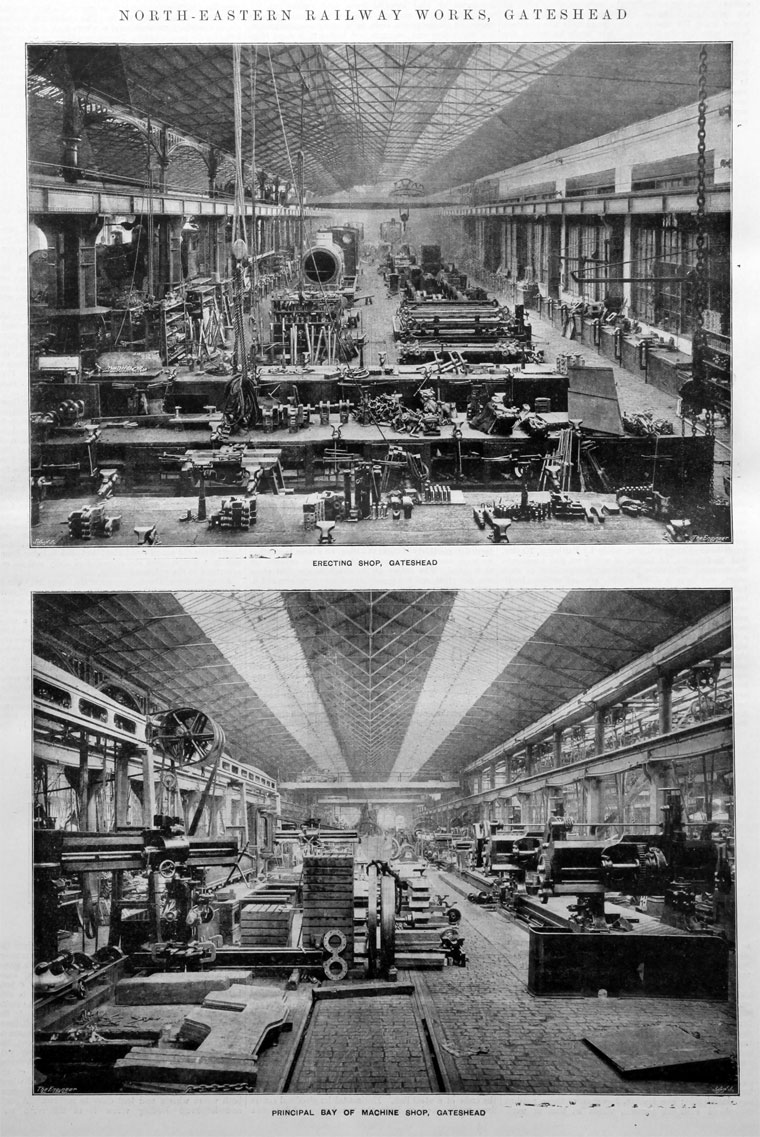 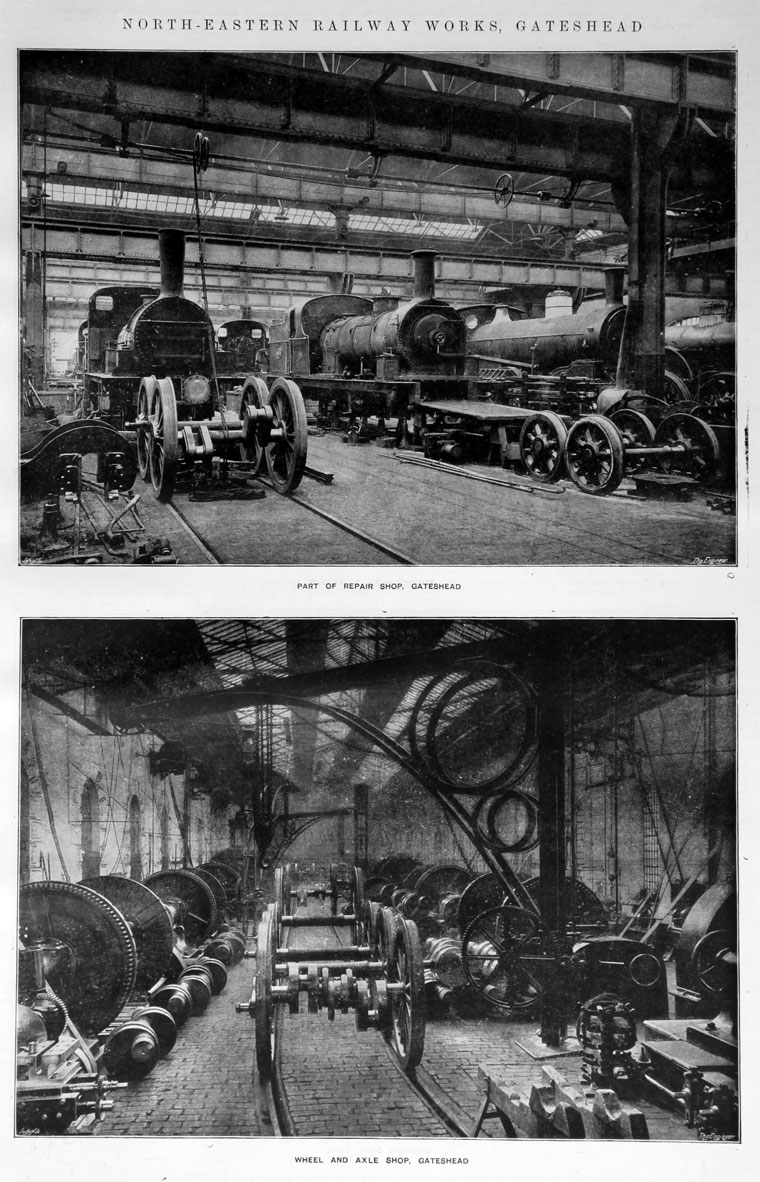 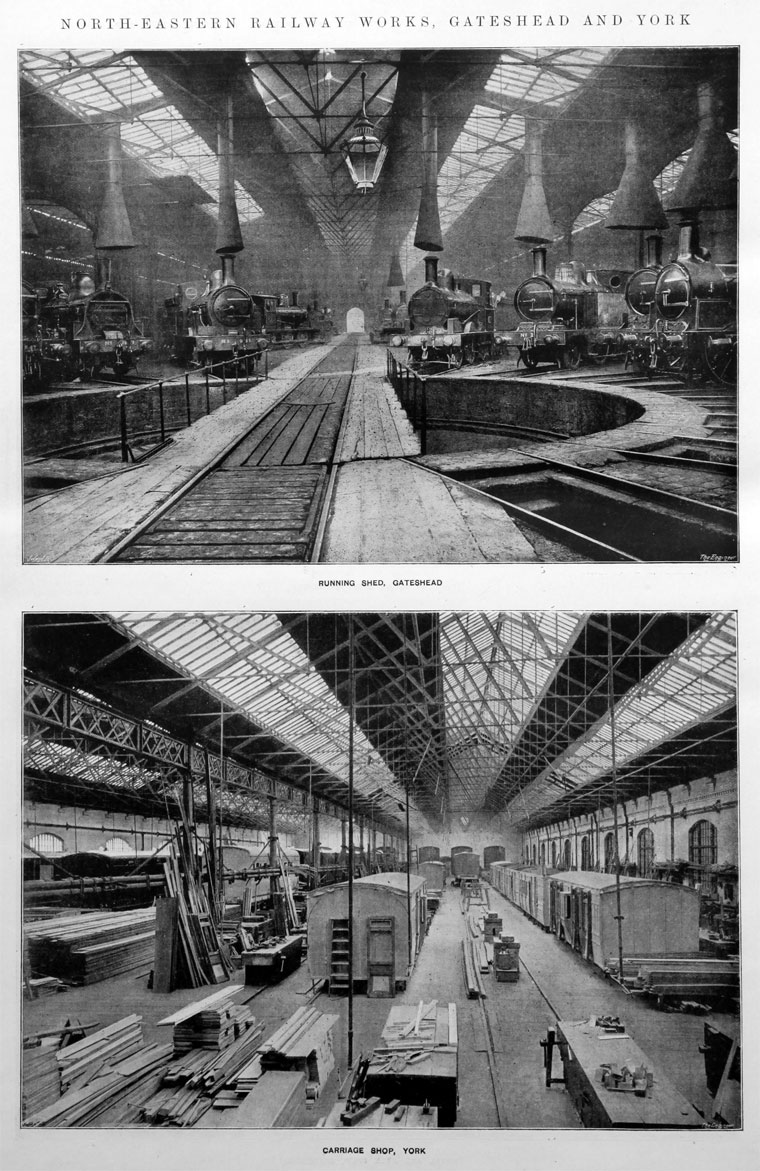 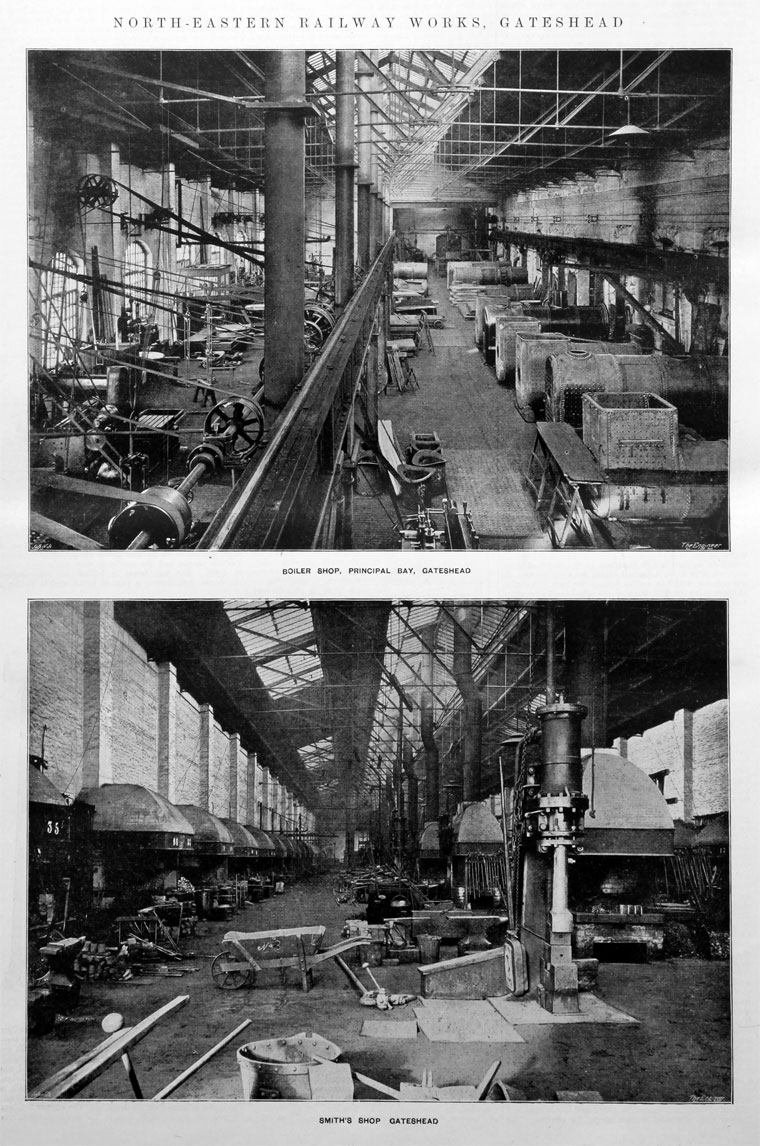 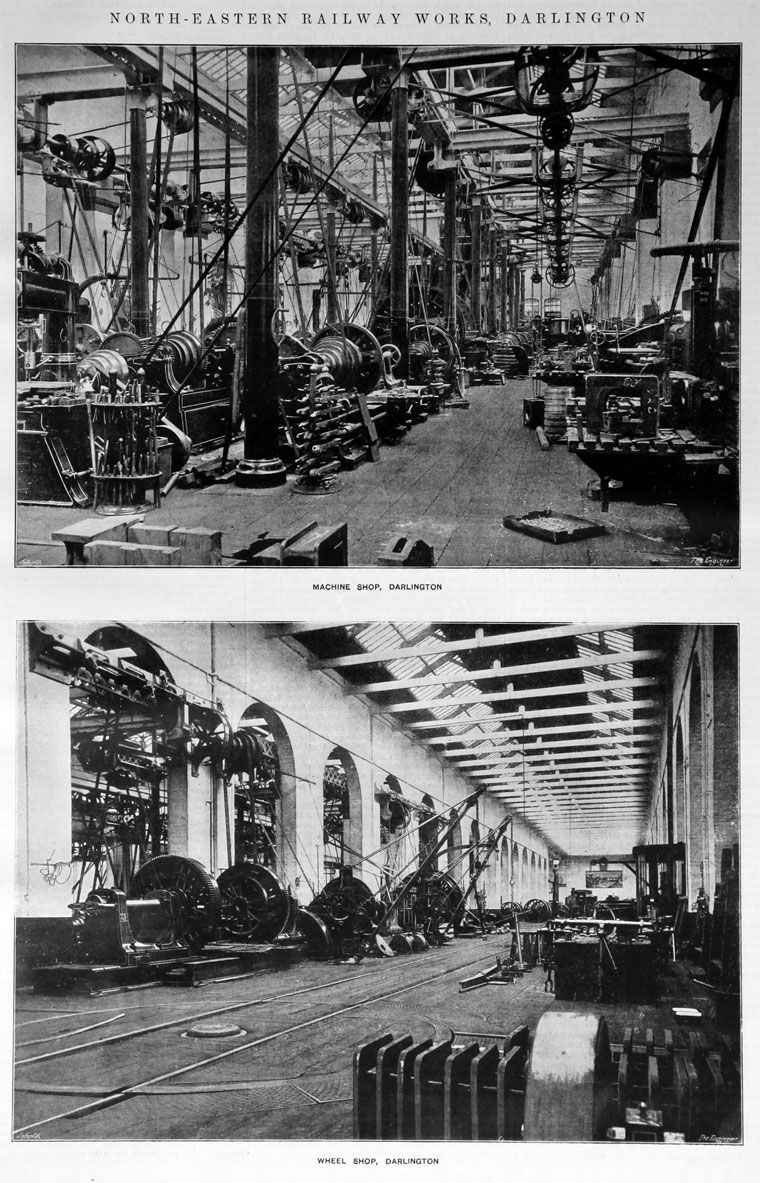 1875. Exhibit at the Shildon Locomotion Museum.

1880. Bridge over the river Wear at Sunderland. 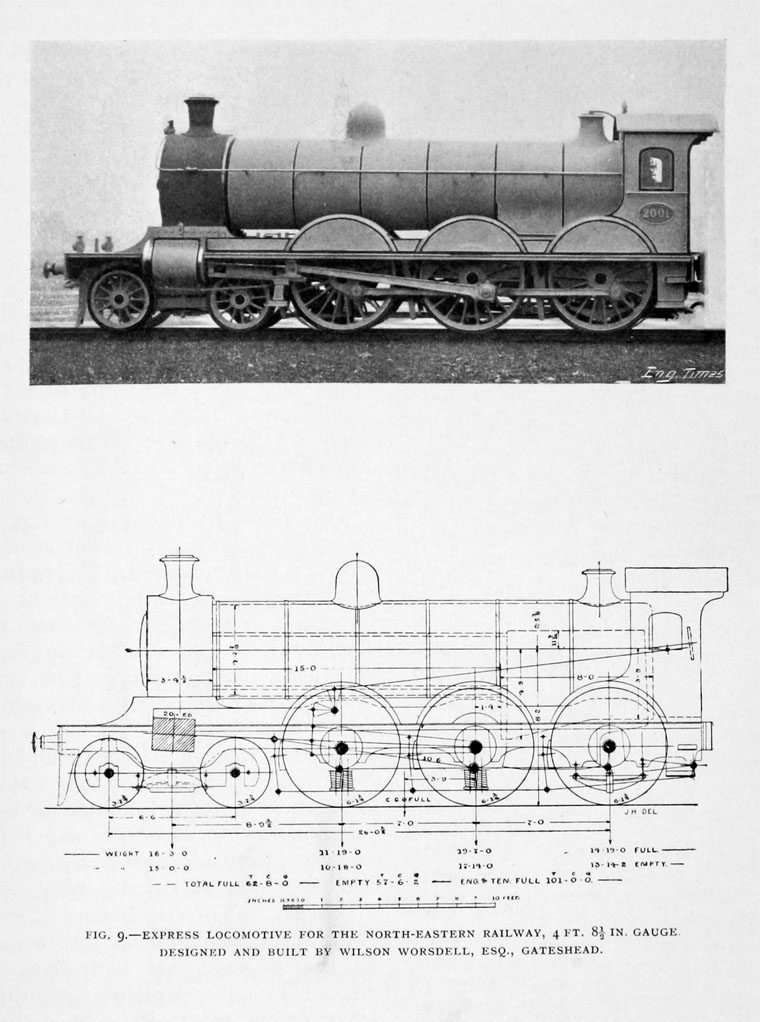 1904. Omnibus running from Beverley to Driffield. 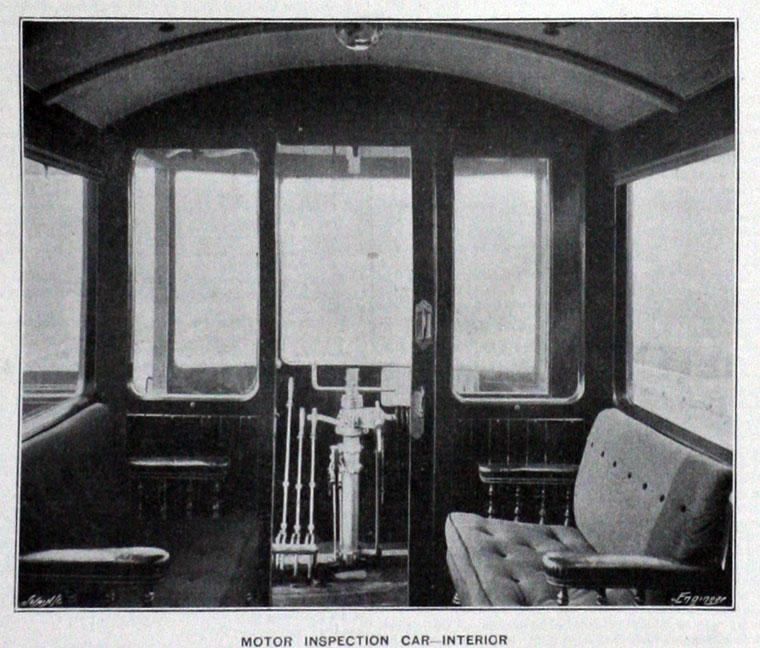 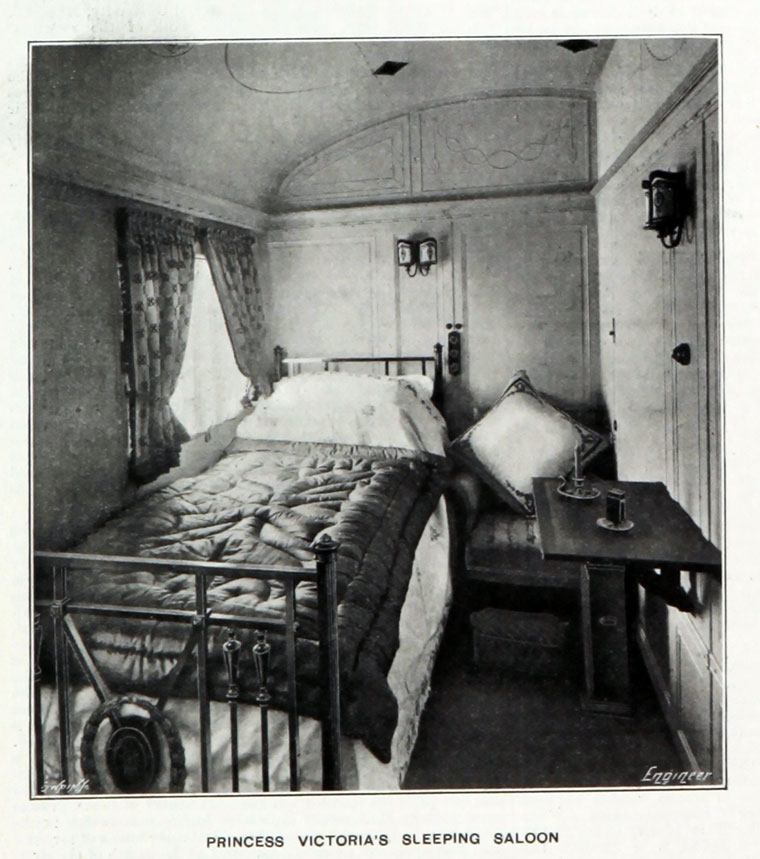 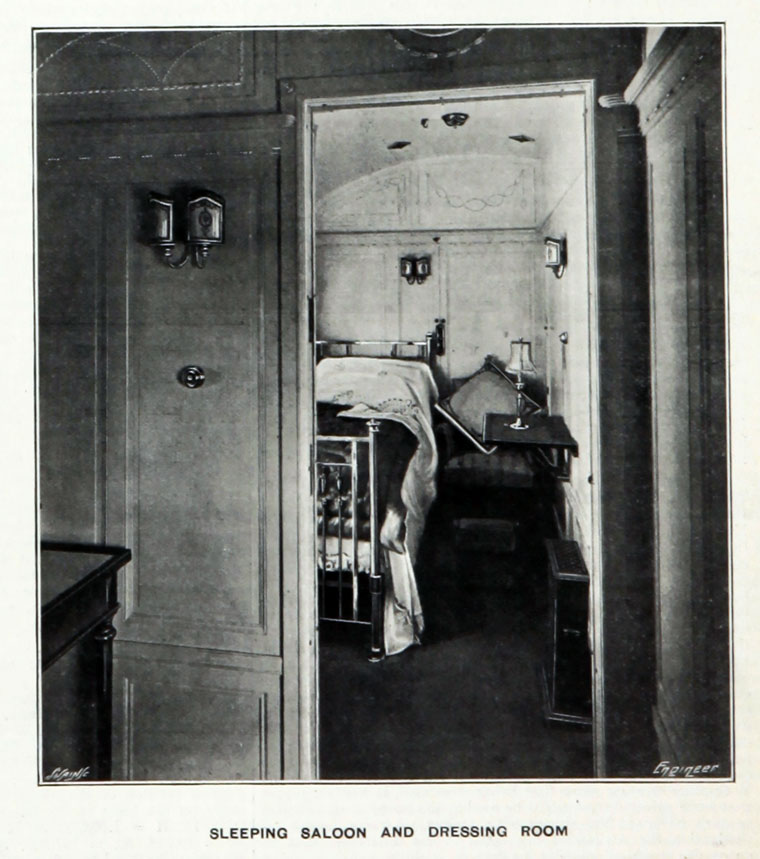 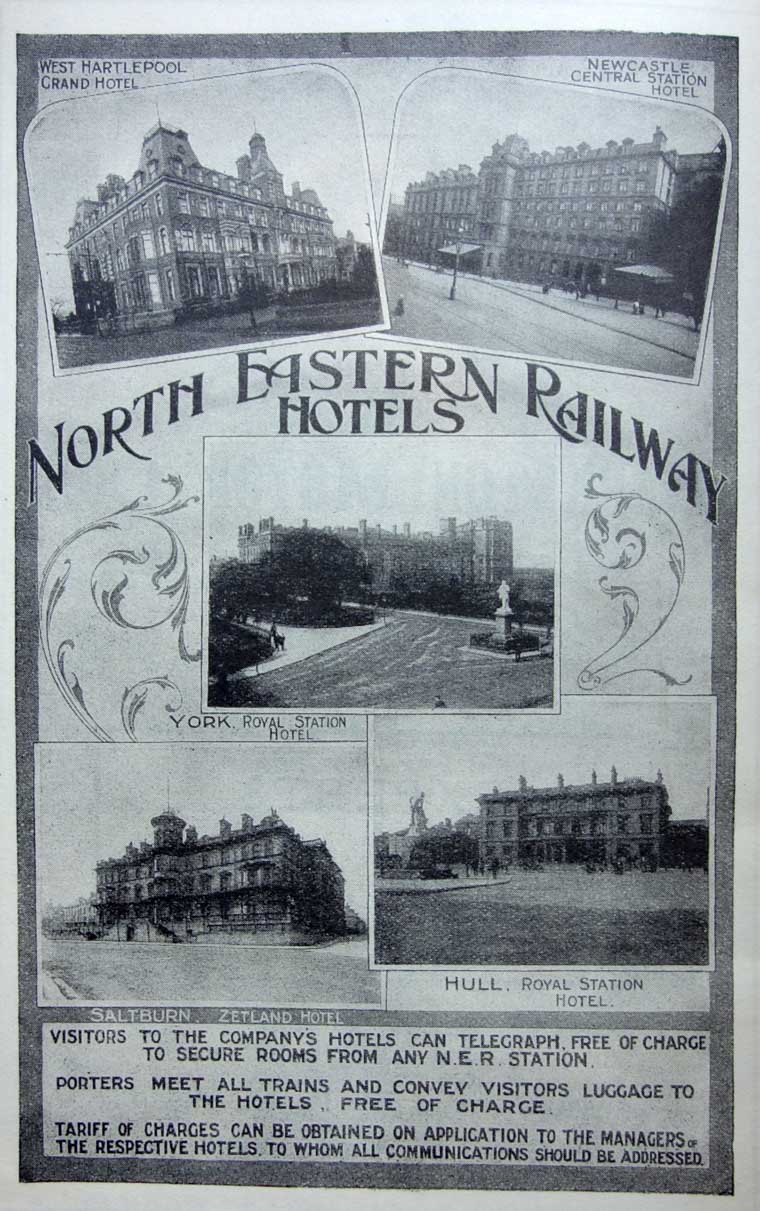 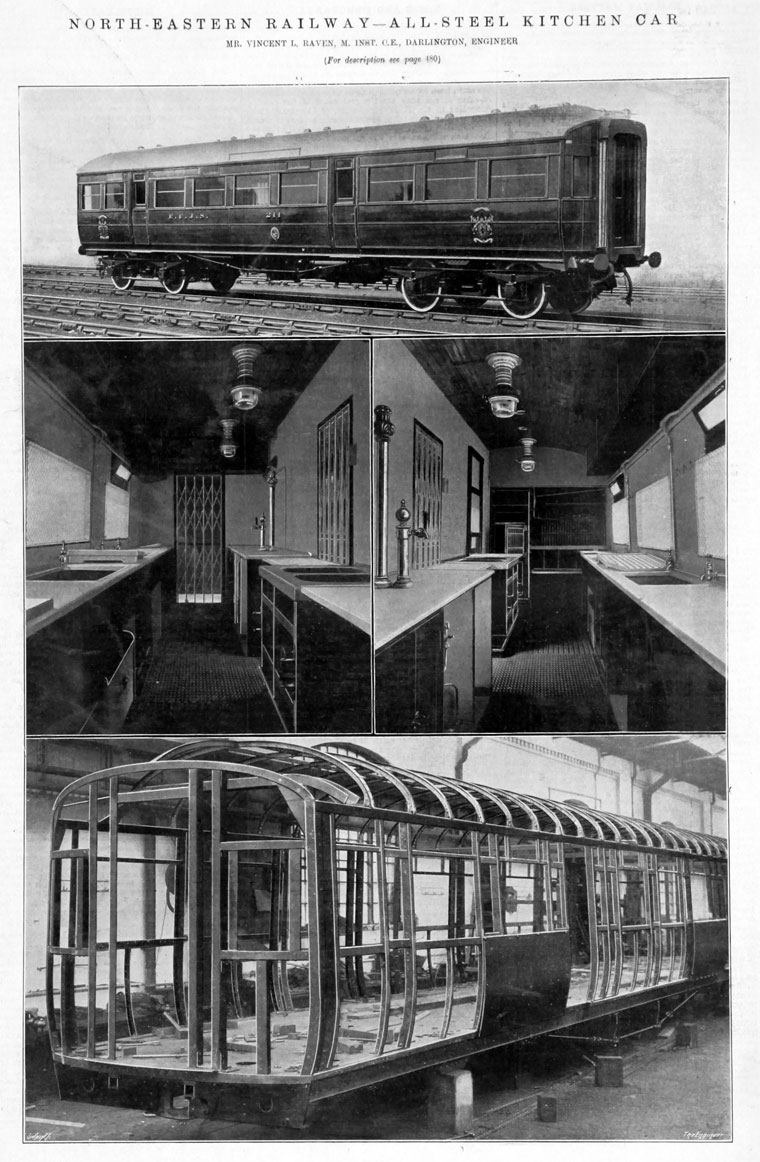 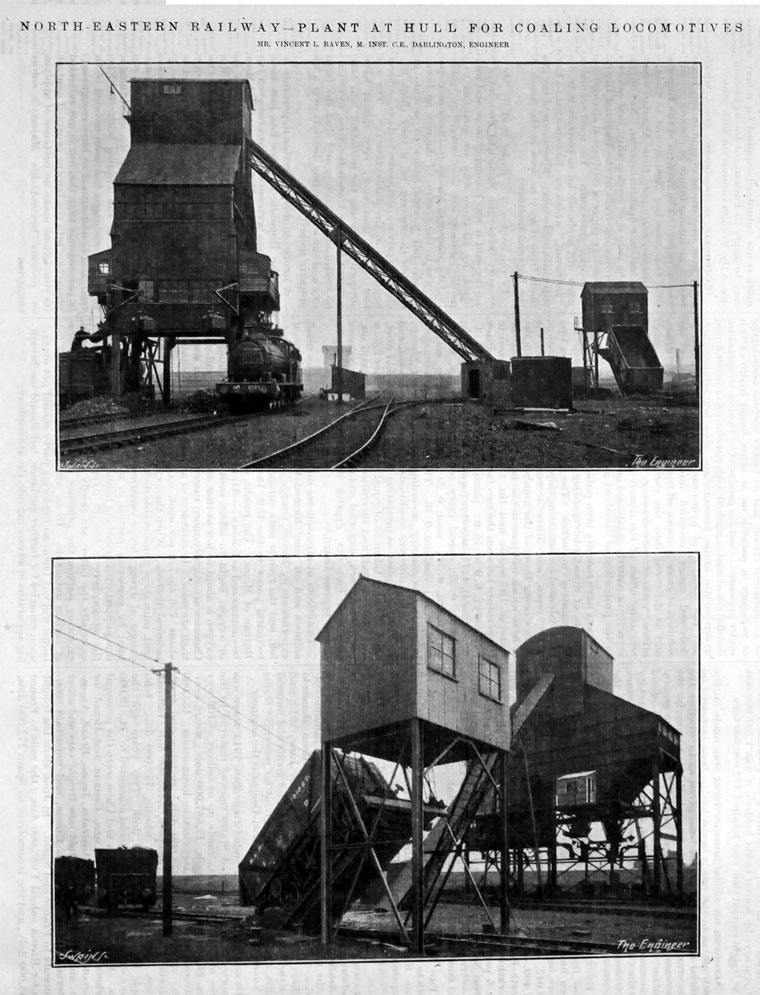 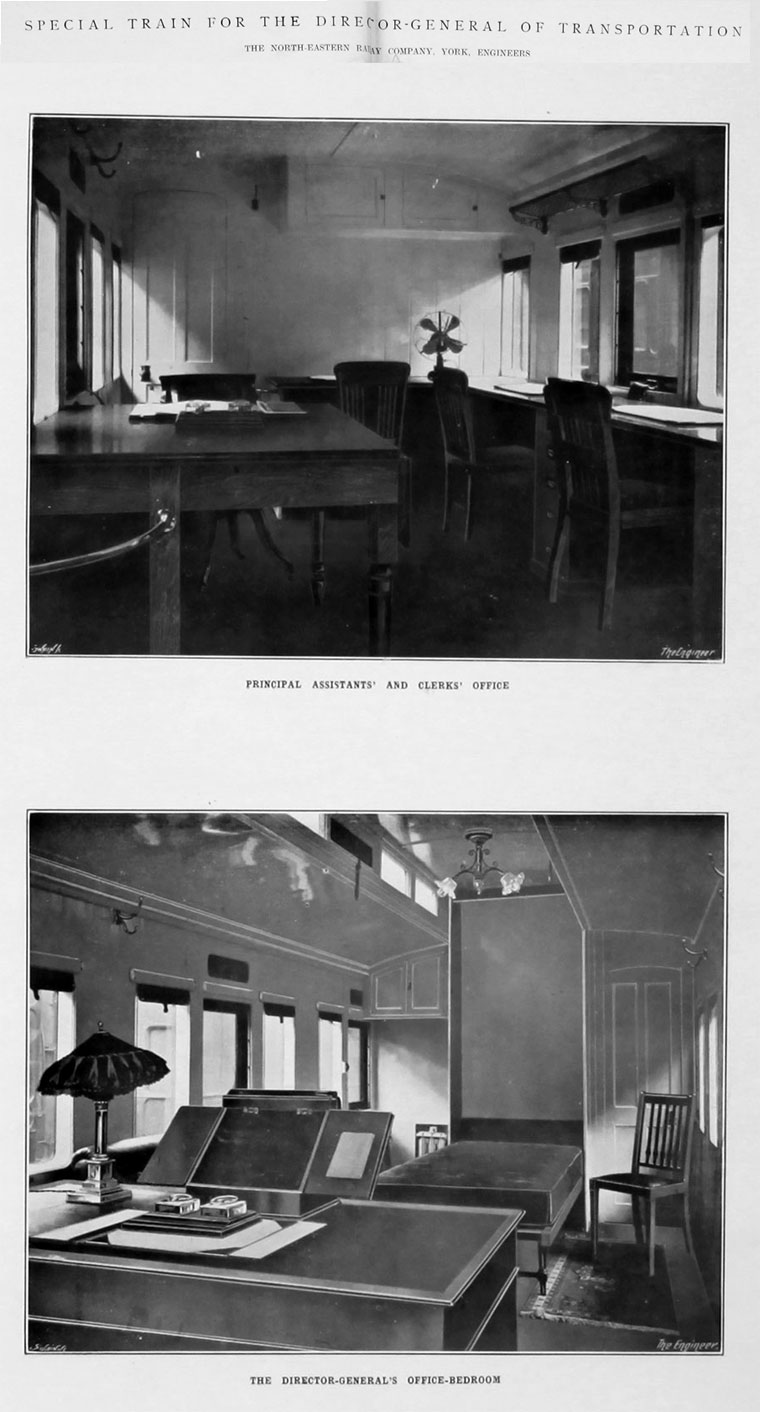 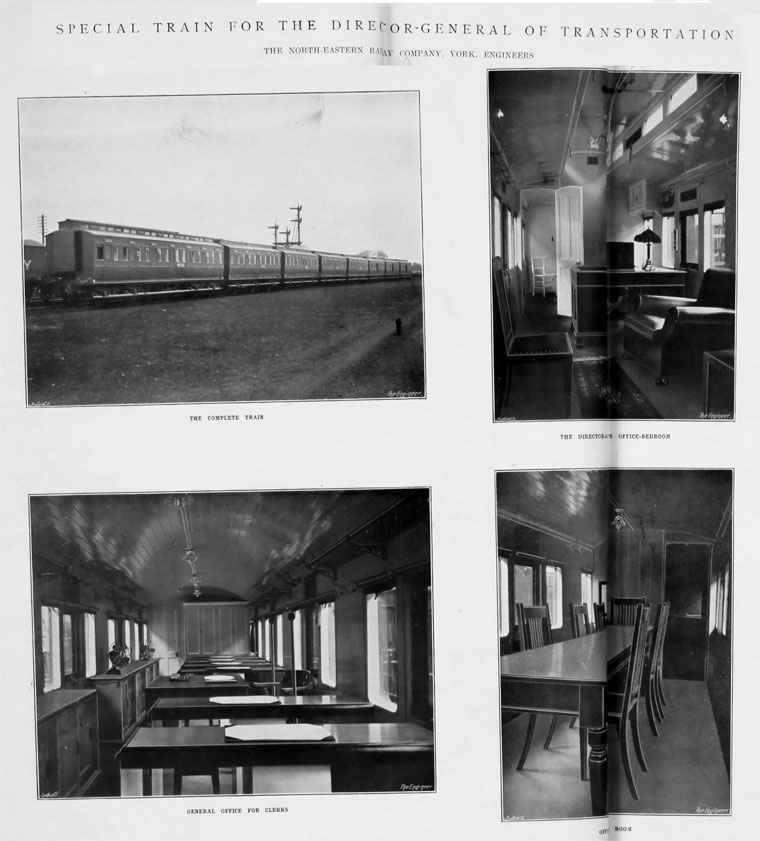 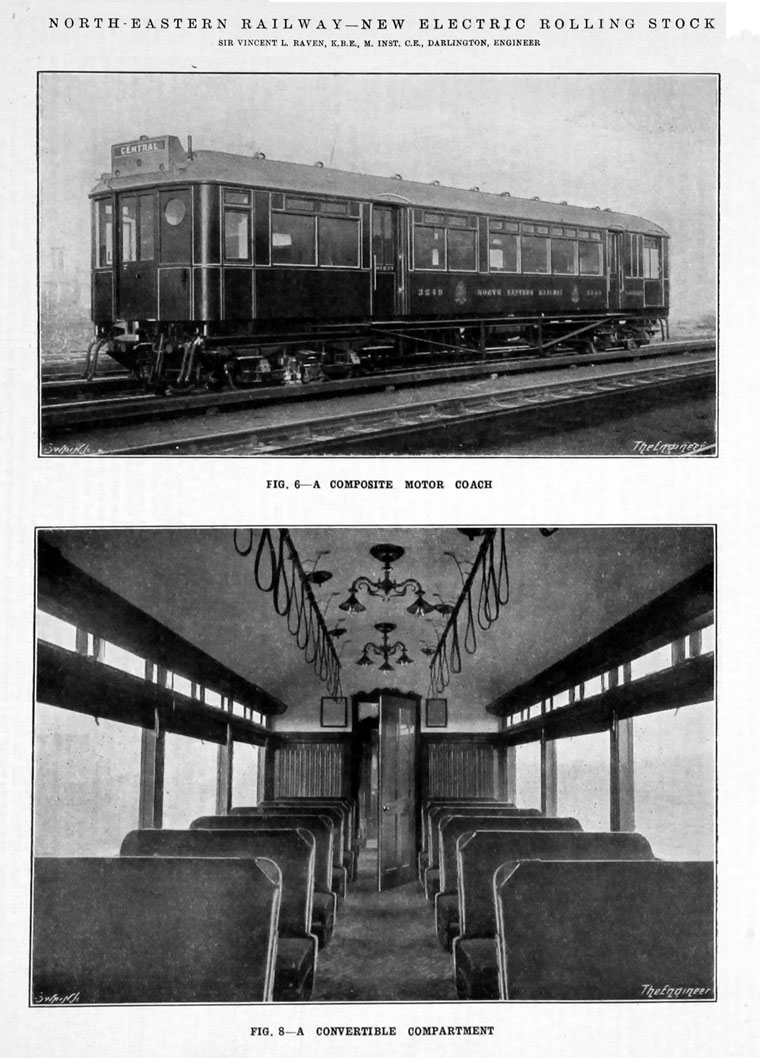 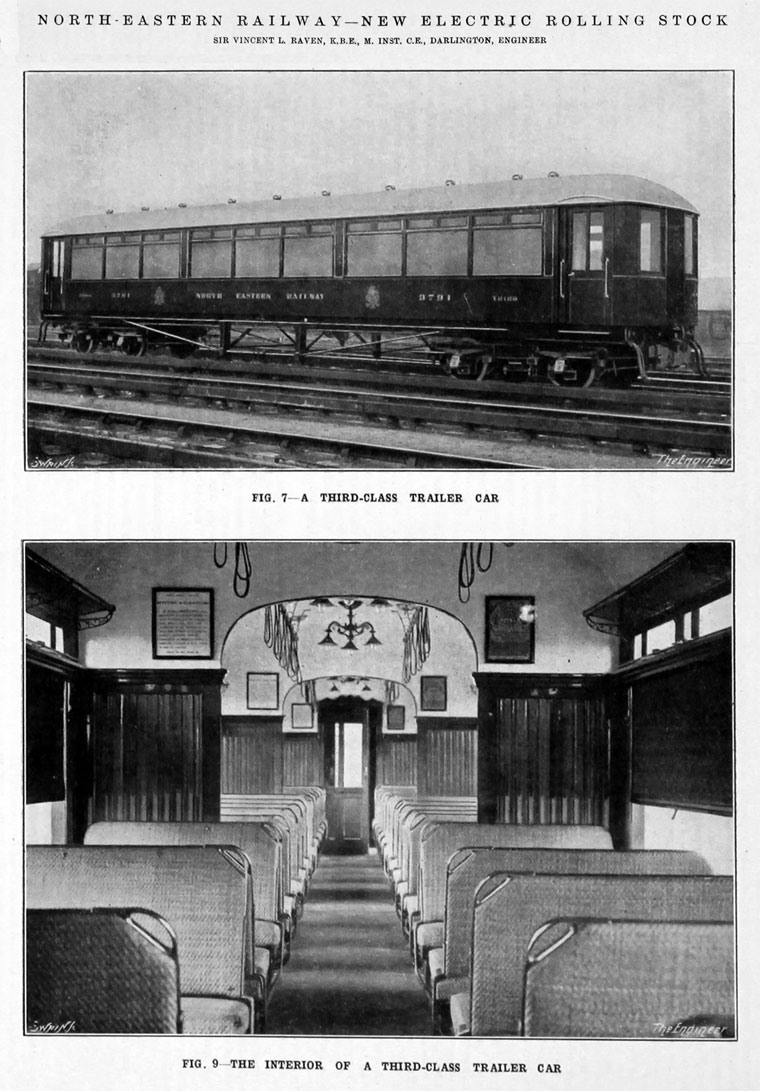 1922. Steel for this engine was supplied by The Monk Bridge Iron and Steel Co.

The North Eastern Railway (NER), unlike many other of the pre-Grouping companies, had a relatively compact territory, having the district it covered to itself. That district extended through Yorkshire, Durham and Northumberland, with outposts in Westmorland and Cumberland. [1]

It formed the middle link between London and Edinburgh, joining the Great Northern Railway near Doncaster and the North British Railway at Berwick-upon-Tweed.

1854 Incorporation took place. The constituent parts of the NER were:

York station (York) was the hub of the system, and the headquarters of the line was located here.

From 1860 the NER was a partner (with the North British Railway and the Great Northern Railway) in the East Coast Joint Stock operation.

1877 The basis for the present York station was opened on June 25. Until the advent of modern signalling, the 295-lever box was the largest manually-worked signal box in Britain.

Newcastle Central station (Newcastle) (which had opened on August 29 1850) became the largest on the NER. Other principal stations were located at Sunderland, Darlington and Hull. The station at Leeds was a joint undertaking with the London and North Western Railway.

1904 The NER was the first main line rail company in Britain to adopt electric traction (the Lancashire and Yorkshire Railway followed about one week later). The lines converted were known as Tyneside Electrics:

BTH had the contract to supply electrical equipment for motor units, carriages and laying of third rail. British Westinghouse received a contract for switchboards, transformers and sub-stations [2]. Electric Multiple Units were built at York Carriage Works for service on the north bank of the Tyne. Electrical equipment was supplied by British Thomson-Houston Co., and fitted at York Works.

1904 Shortly after the electrification of the Tyneside passenger lines the NER decided to electrify the Newcastle Quayside branch as well. Two electric locomotives (Nos. 1 & 2) were built to operate the branch in 1905. The frames and bodies were constructed by Brush Engineering in Loughborough, who acted as sub-contractors to British Thomson-Houston Co who supplied the electrical equipment. The track was fitted with a third rail in the tunnels where there was insufficient overhead clearance. For safety reasons, overhead conductors were used in the yards at each end of the branch.

1905 Electrical operations of the Quayside branch began on 5th June 1905.

1913-16 Electrification of the Shildon-Newport line[4]. The LNER electrified further lines in 1938.

The NER carried a larger tonnage of mineral and coal traffic than any other principal railway.

The NER was the first railway company in the world to appoint a full-time salaried architect to work with its chief engineer in constructing railway facilities. Some of the men appointed were based in, or active in, Darlington.

The company owned the following docks:

The NER also owned coal-shipping staithes at Blyth and Dunston-on-Tyne.

1922 Amalgamated the Hull and Barnsley Railway

1923 The company was absorbed into the London and North Eastern Railway at the Grouping.