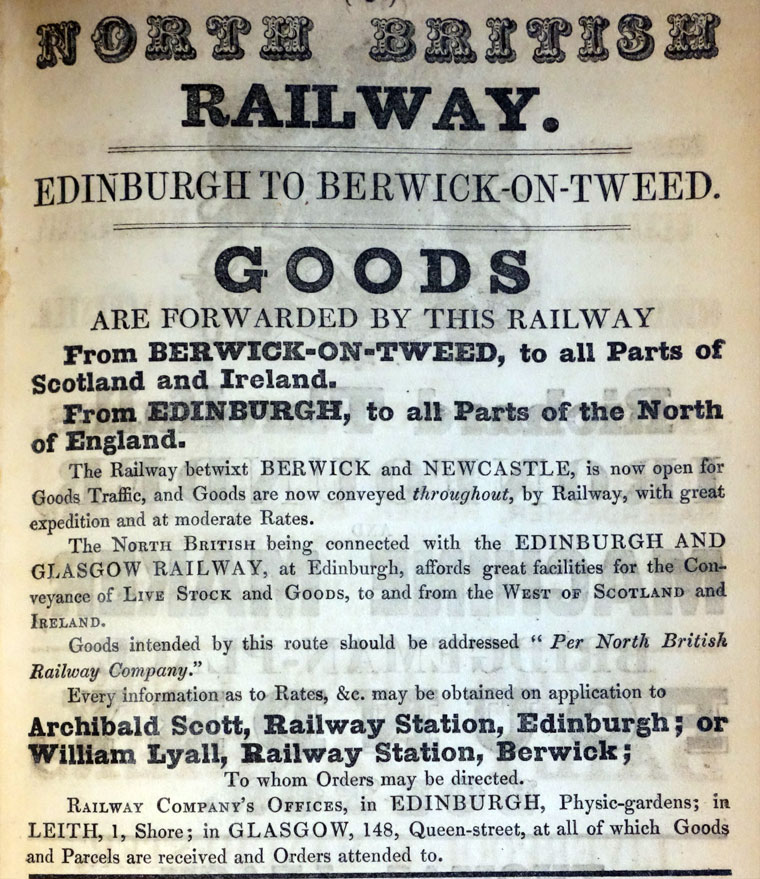 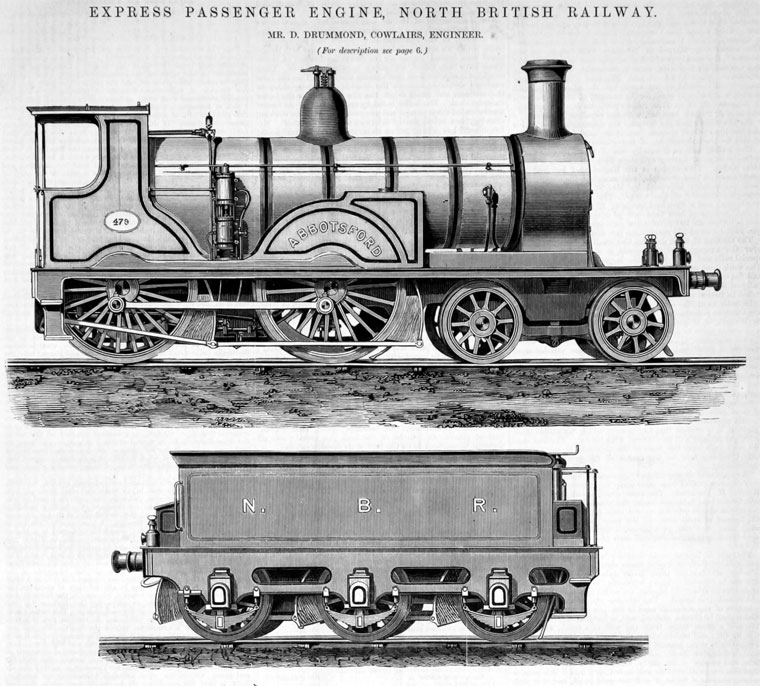 1844 The North British Railway Company was established in 1844 and opened its first line, from Edinburgh to Berwick-upon-Tweed, with a branch to Haddington, in 1846.

1865 it took over the Monkland and Kirkintilloch Railway, the oldest in Scotland. Also amalgamated with the Edinburgh and Glasgow Company.

Other amalgamations followed, altogether over 50 small lines being made part of the North British system, which ultimately totalled 2,739 miles.

The "North British" was responsible for the construction of the Forth Bridge and the Tay Bridge on the Route to the North in the nineteenth century.

1902 Article on the Cowlairs Incline Engine [2]

1908 The North British Railway Company is the result of the amalgamation of numerous undertakings. The company owns 1,095.75 miles of line, and partly with others, another 28.5 miles. [3]

1923 The North British Railway was absorbed into the London and North Eastern Railway at the Grouping in 1923. [4]

During its existence the NBR absorbed the following companies: