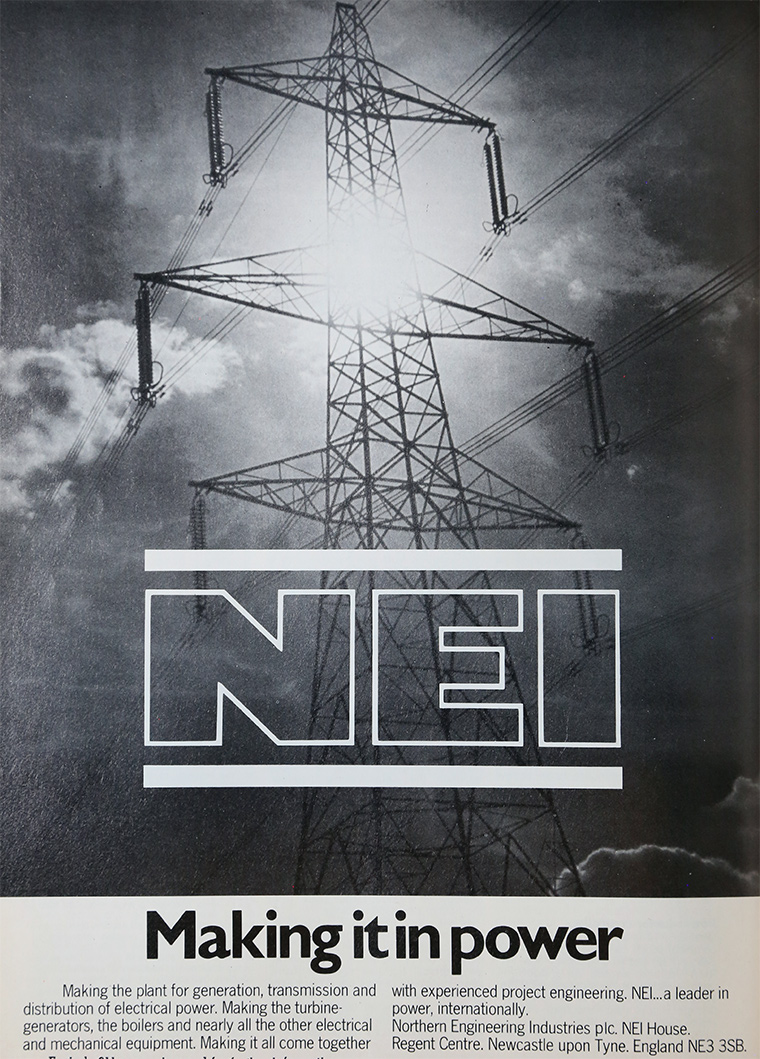 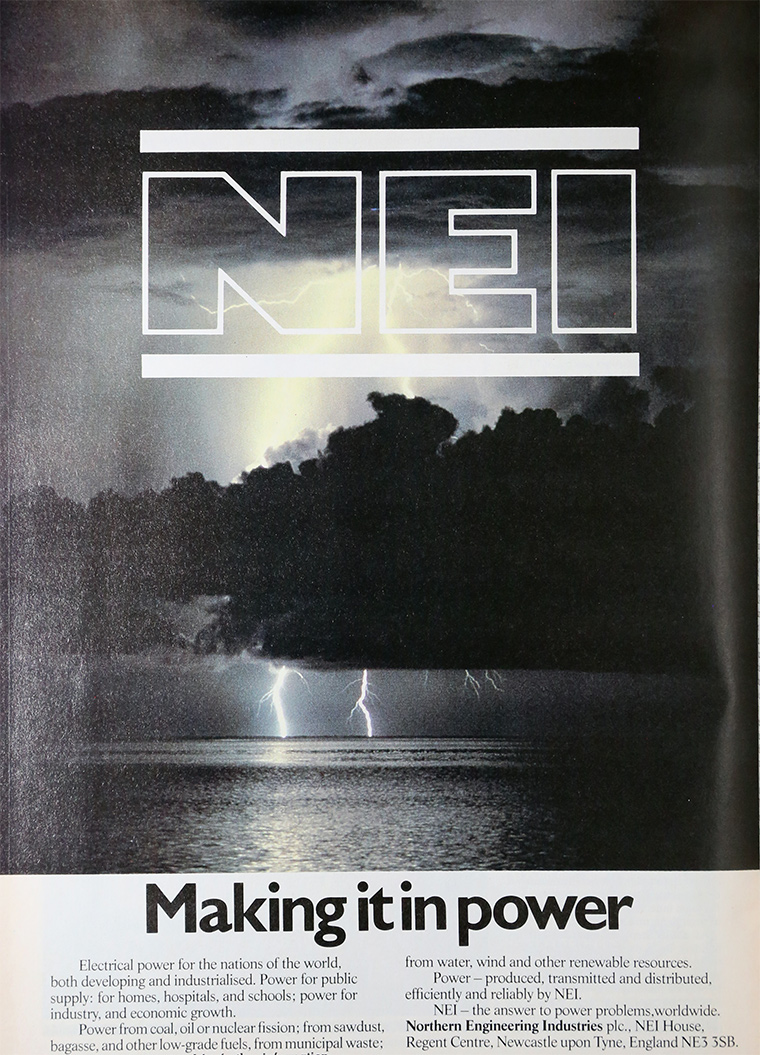 1977 Clarke, Chapman and Co merged with Reyrolle Parsons of Newcastle to form a new company, Northern Engineering Industries (NEI), which at one stage employed in the region of 35,000.

1977 NEI took over International Combustion (Holdings) Ltd, namely the non-UK boiler-making operations that it did not already own. Combustion Engineering, which owned 45%, accepted the deal straight away but the management pushed for a higher price and succeeded[1].

1980 Advert. Claims to have virtually all the capabilities in-house to design and construct a coal-fired power station. Manufacturer of steam generating plant and turbine-generators for major power stations and most of the associated plant. Group included C. A. Parsons, International Combustion, A. Reyrolle and Co, Clarke, Chapman and Co, John Thompson and Bruce Peebles and Co[3].

1984 Bought DAC, maker of intrinsically safe equipment, from BICC and some remote control and monitoring technology; this would be part of an initiative to develop mining-related business[6]

1988 The order for Sizewell B PWR went to competitor GEC; this and the lack of UK orders for coal-fired power stations put NEI in difficulties and some rationalisation was needed.

1989 NEI merged with Rolls-Royce plc to becomes a major part of the Rolls-Royce Industrial Power Group. Rolls-Royce had purchased NEI seeking to increase its position in the power generating industry and to reduce its total dependency on the vagaries of the aero-engine market. Throughout this time International Combustion was gradually reduced in size being now mainly dependant on the overseas market. Its swan song, in the large-boiler market place, was the supply of two 500 MW boilers as part of the Rihand power station in Uttar Pradesh, in India. This was a triumph in organization, built as it was in a remote area of India, with many logistical problems being encountered in getting men and materials to the site, not to mention the problems of dealing with an exceedingly difficult client.

1996 Rolls decided to close the steam-driven generators parts of the business (Parsons and International Combustion) because it could not compete with the international leaders[8].