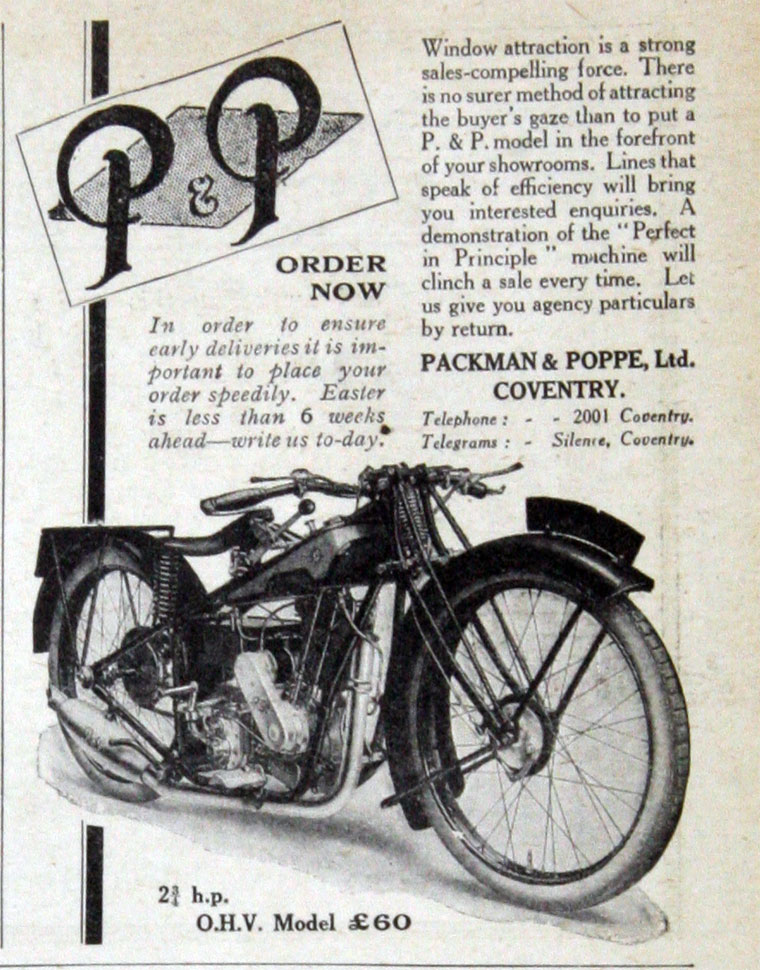 P and P were motorcycles produced from 1922 to 1930 by Gilmour Packman and Erling Poppe.

1922 The Silent Three model appeared, fitted with the sleeve-valve Barr and Stroud engine and enclosure panels. The frames sloped in a straight line from the headstock to the rear wheel, which had an unusual spindle. Probably built under contract by W. Montgomery and Co

1923 By the middle of the year they were using 293cc sv and 244cc ohv JAP engines and the machines had sporting lines. There was also the Special Eight, with a 976cc sv V-twin JAP engine. All were fitted into the Silent Three frame. They also started to used tank-top instrument panels and combined prop-cum-centre stands.

1926 Production resumed with with Rexine covered tanks and engine variations from MAG and Blackburne, although the big twin had gone.

1927 The twin was revived and joined by another of 677cc with a JAP engine. The range switched to saddle tanks.

At about this time the firm became linked with the Wooler Engineering Co firm.

1929 They introduced an option of plunger rear-suspension to all four models and this also became available for other machines. Four road models were available with JAP and Blackburne engines. The two Blackburnes were also used for Dirt Track models.