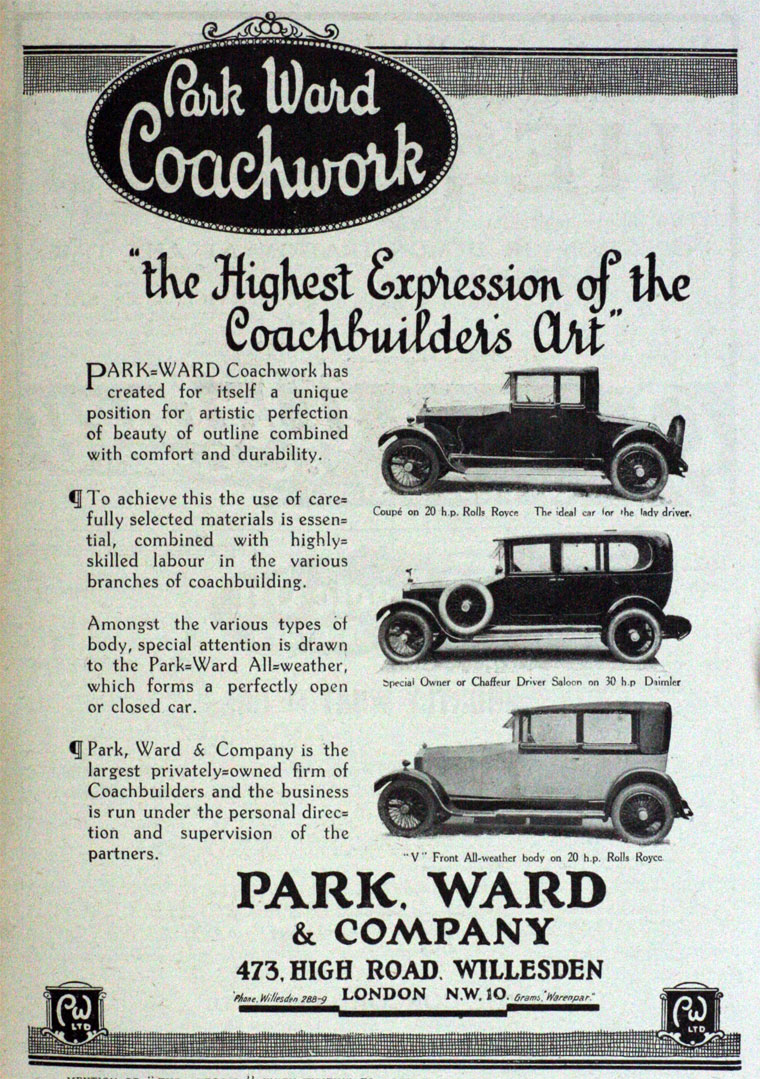 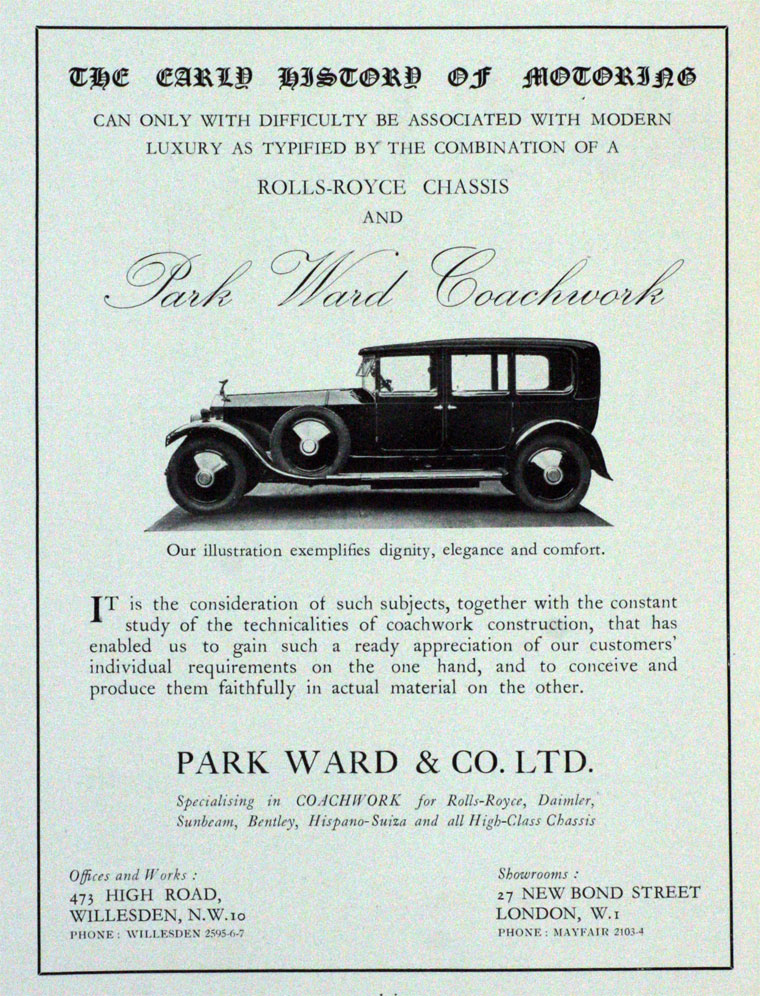 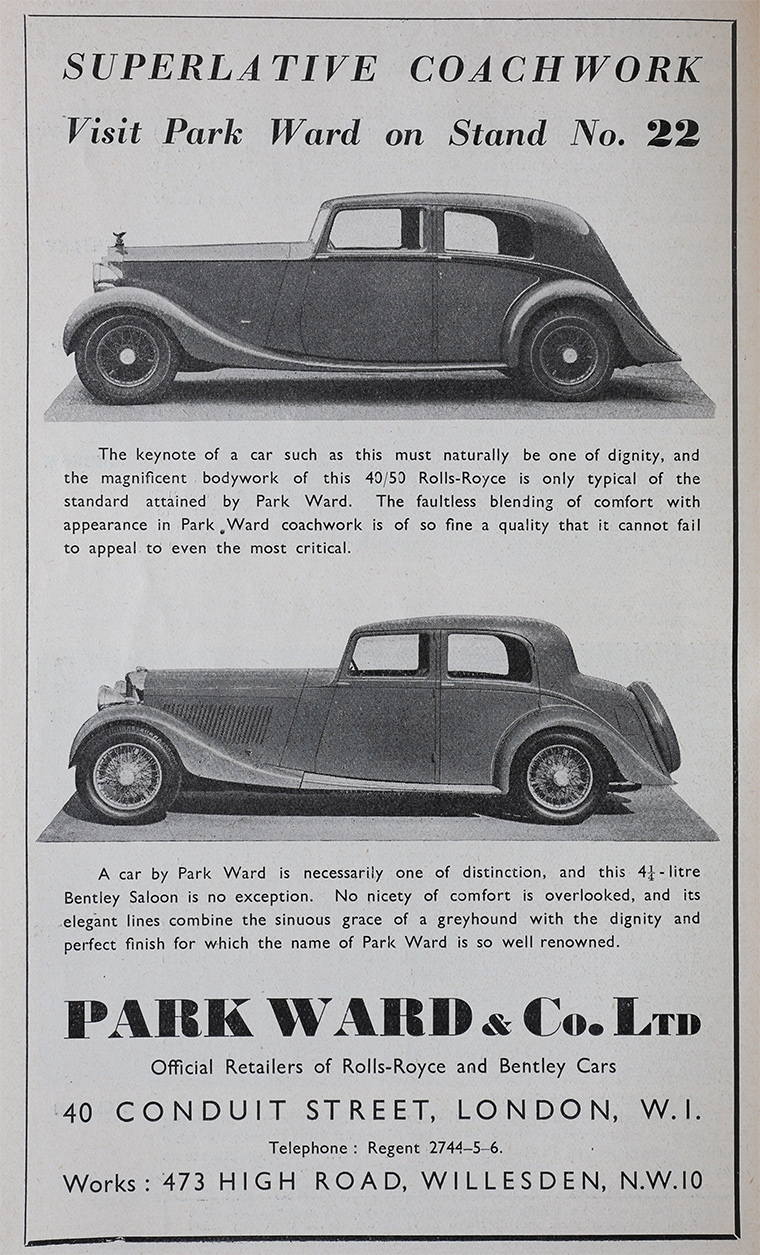 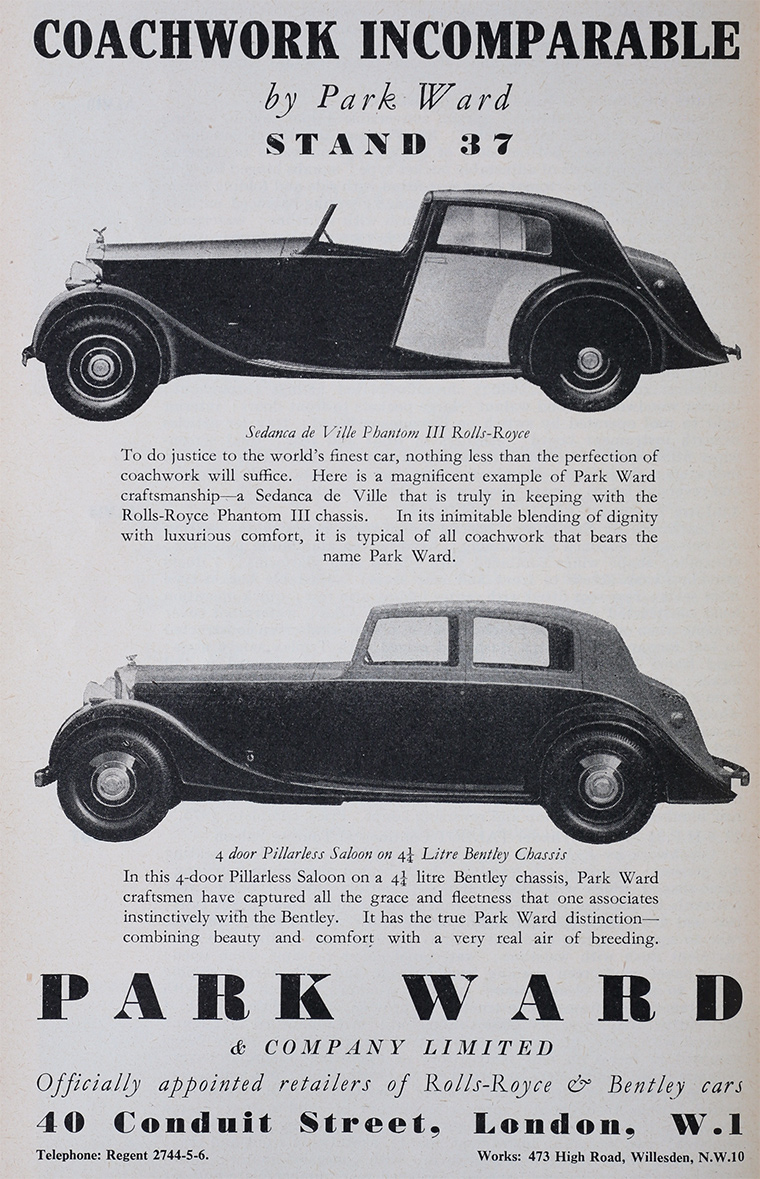 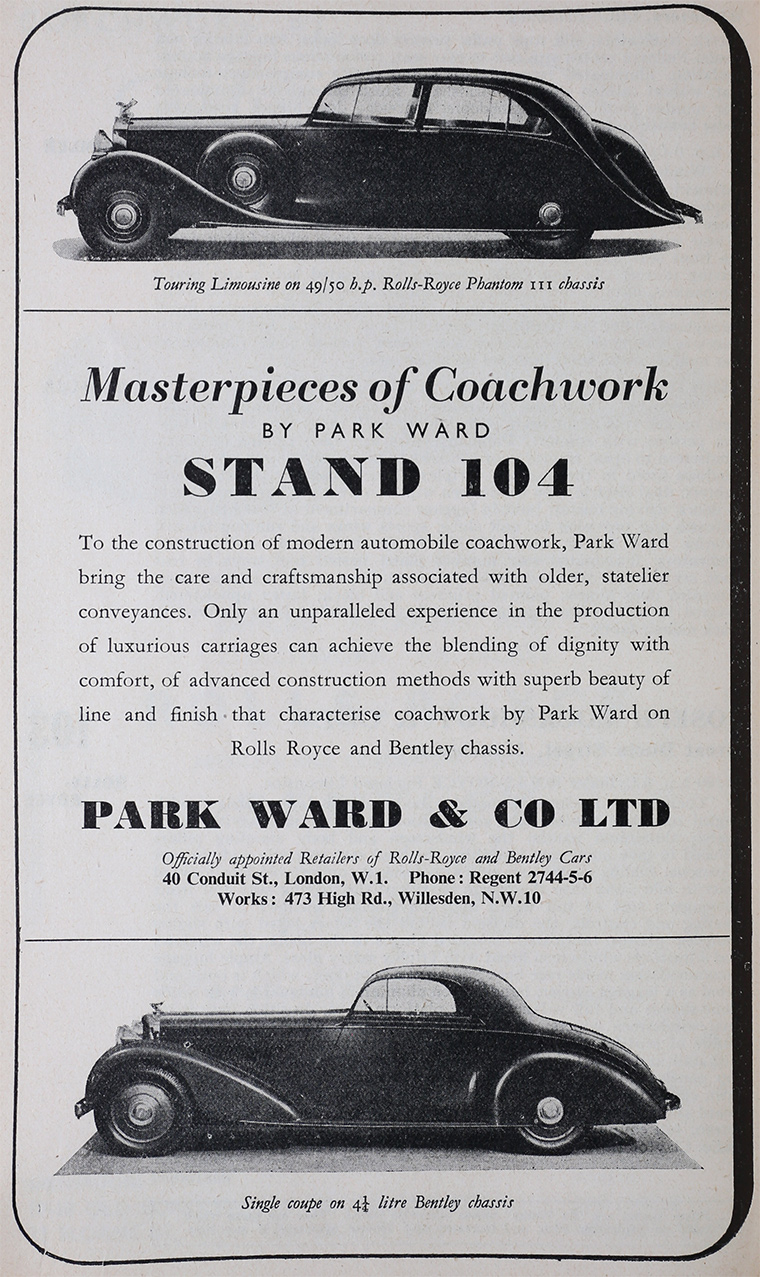 WWI Park and Ward worked at the new factory of F. W. Berwick and Co at Abbey Road, Park Royal.

Frederick Henry Royce was impressed with the quality of the work of Park Ward, which led to a number of orders, and by the early 1930s most of their work was for Rolls-Royce.

1926 Mr. A. T. Roberts joined the company (as chairman?), because the company's work as coachbuilders was of such outstanding merit in the industry.

1939 the company was taken over by Rolls-Royce.

1959 after some financial difficulties H. J. Mulliner was also taken over by Rolls-Royce. The new division of Rolls-Royce Mulliner Park Ward was created and at its peak employed 750 workers. The premises were located at Hythe Road, Willesden, London. Over its 100-year history the company created countless classic designs,

1991 After closure of the company, the name Mulliner Park Ward remained as a division within Rolls-Royce until the sale and split-up of Rolls-Royce and Bentley in 1998.