Grace's Guide is the leading source of historical information on industry and manufacturing in Britain. This web publication contains 138,881 pages of information and 225,312 images on early companies, their products and the people who designed and built them. 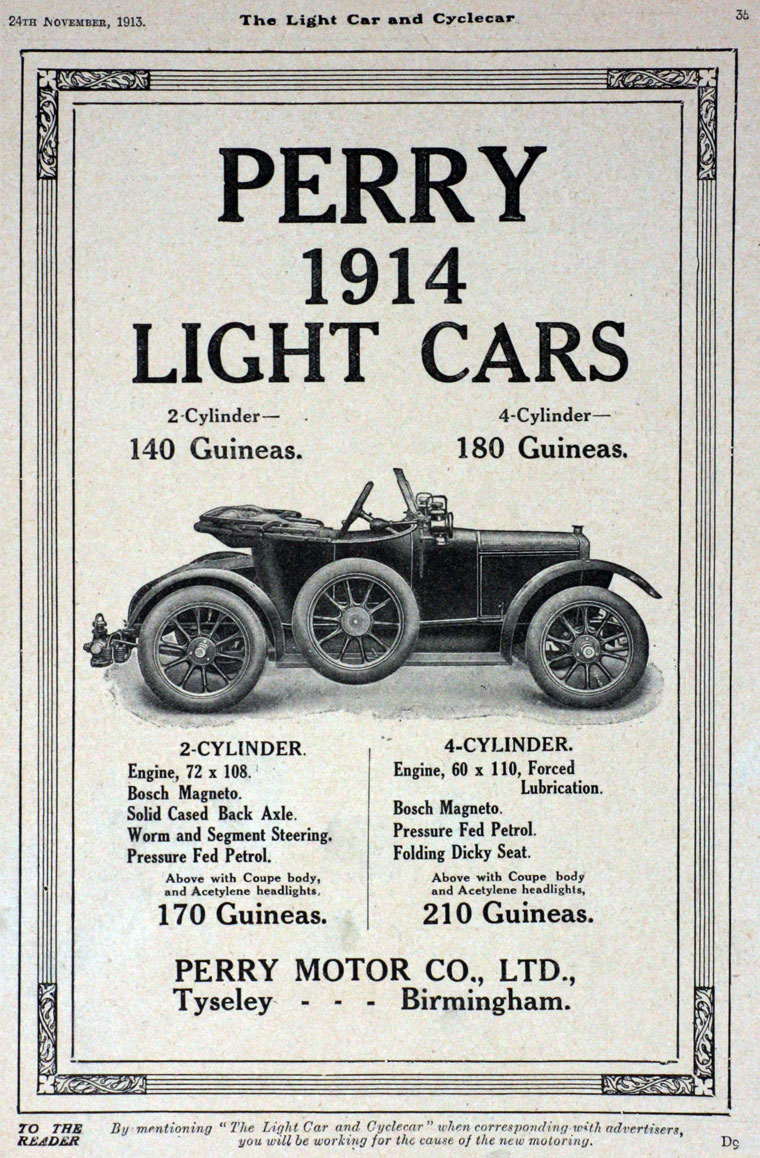 The company can trace its roots back to 1824 when James Perry and Co made pens, later moving to Birmingham and adding bicycles components to their product lines.

By the late 1890s they were having financial problems and were bought by James William Bayliss, part owner of the Bayliss-Thomas car making company

Cecil Bayliss, the son of the new owner, built a cyclecar in 1911 with 800 cc engine and this was developed into the first Perry car to reach production.

The engine for the car was built in-house and was a two cylinder unit unusual in that both pistons rose and fell at the same time. Drive was to the rear wheels through a 3 speed gearbox and worm drive axle. The basic body was an open two seater but a long wheelbase version allowing a dickey seat was also available. About 800 were made.

A full sized car was introduced in 1914 with four cylinder 1795 cc engine. The larger car allowed four seat bodies to be offered as well as two seaters and these were mainly made by Mulliners of Birmingham. About 300 were made before World War I curtailed car building activities.

A very few were made in 1919 when the design was sold to Bean cars who reintroduced it as the Bean 11.9.