Grace's Guide is the leading source of historical information on industry and manufacturing in Britain. This web publication contains 145,368 pages of information and 230,731 images on early companies, their products and the people who designed and built them. 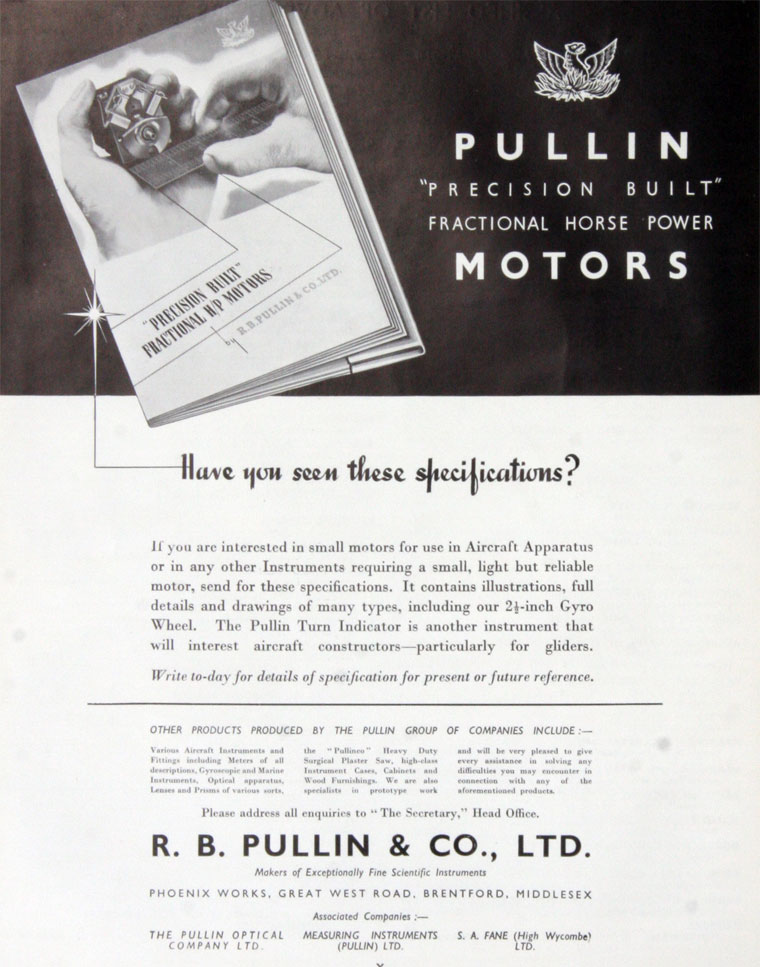 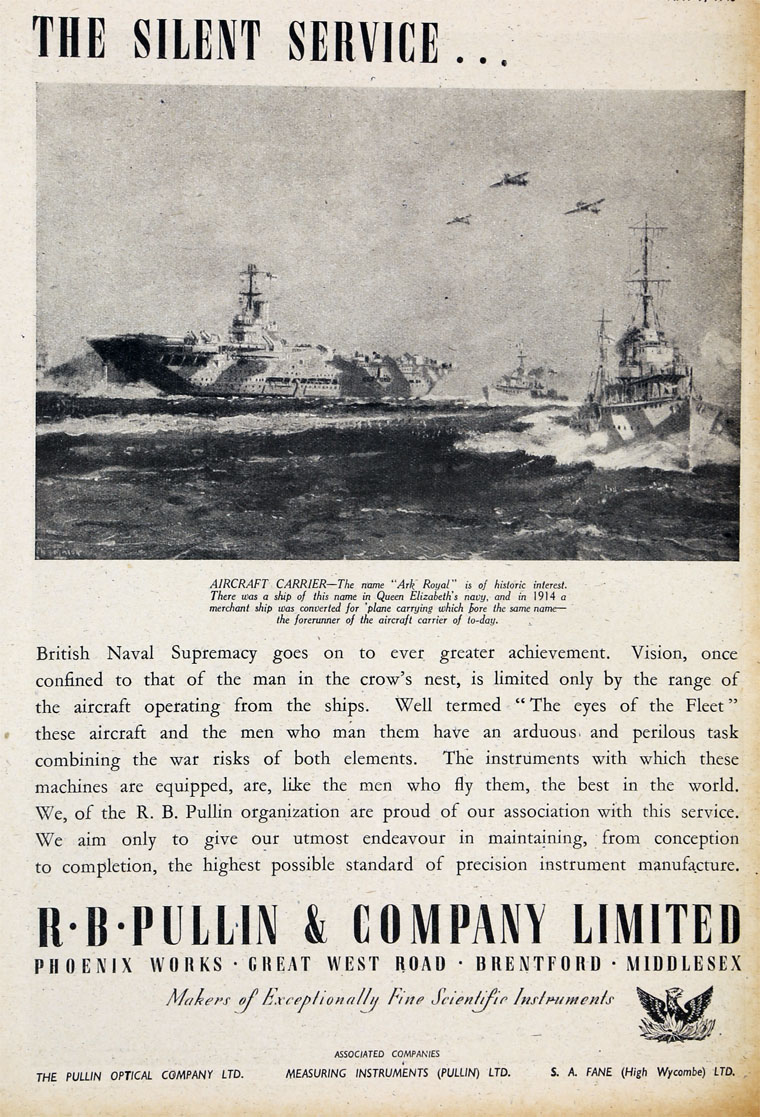 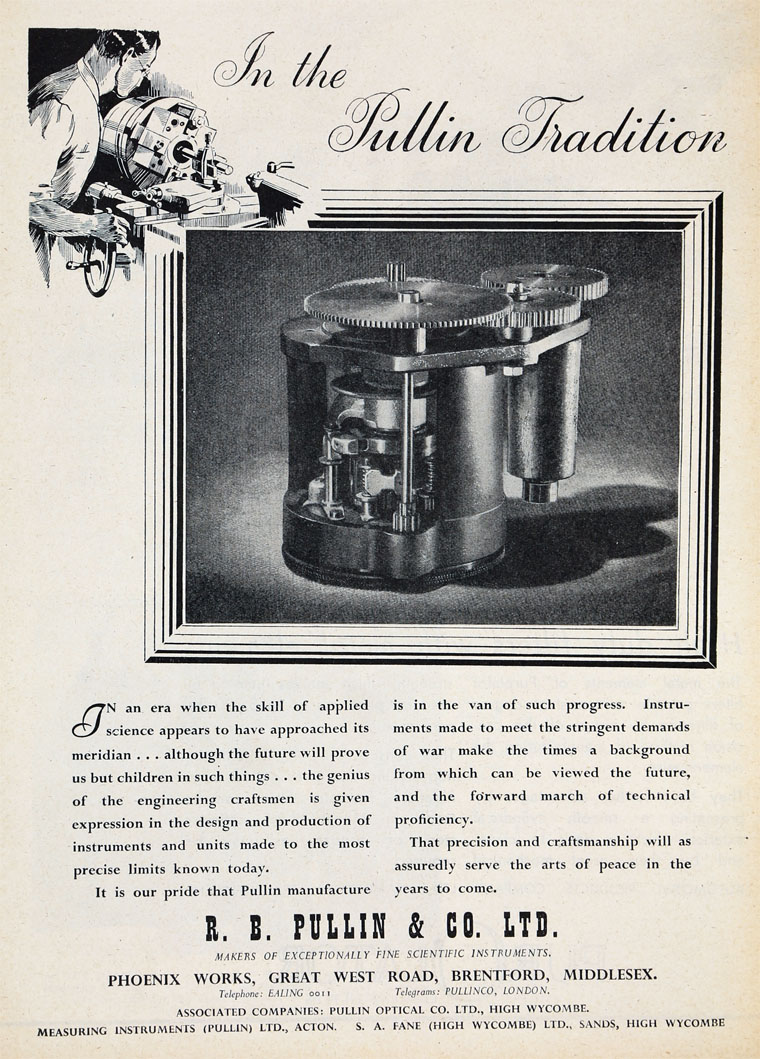 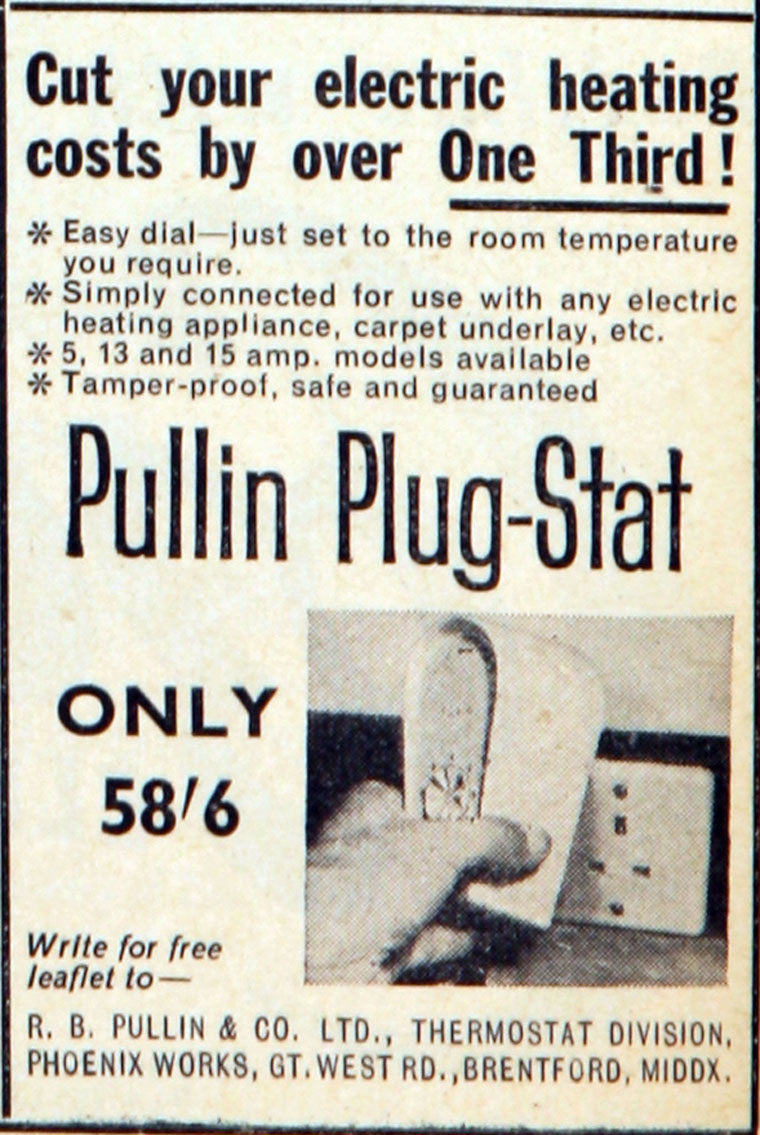 1935 Moved to purpose-built factory on the Great West Road, Brentford.

1939 Rights issue to fund the establishment of Pullin Optical Co at a new factory outside London[3]. This was a response to many requests from official and outside sources that the company should involve itself in scientific optical business[4]

1940 Had acquired 2 businesses which would have peace-time potential as well as helping Pullin in its war work - Measuring Instruments (Pullin) Ltd, (Electrin Works, Acton) which made measuring instruments of all types, and S. A. Fane of High Wycombe which made furniture and would be extended to make cabinets[5]

1953 Had started to develop electro-medical technology[7]

1955 Acquired Donvin Instruments Ltd, repairers of instruments, and a multi-storey building in London to act as showrooms[9].

1956. September. Mr W. A. Burnside (see image at right) was made sales manager of the company. He trained as an engineer and had had 25 years' association with the aircraft industry. He served in the RAF during the War and retired in 1947 as a wing commander.[10]

1964 Stanley Cox, a subsidiary of R. B. Pullin and Co, became part of Rank Medical Equipment[15]