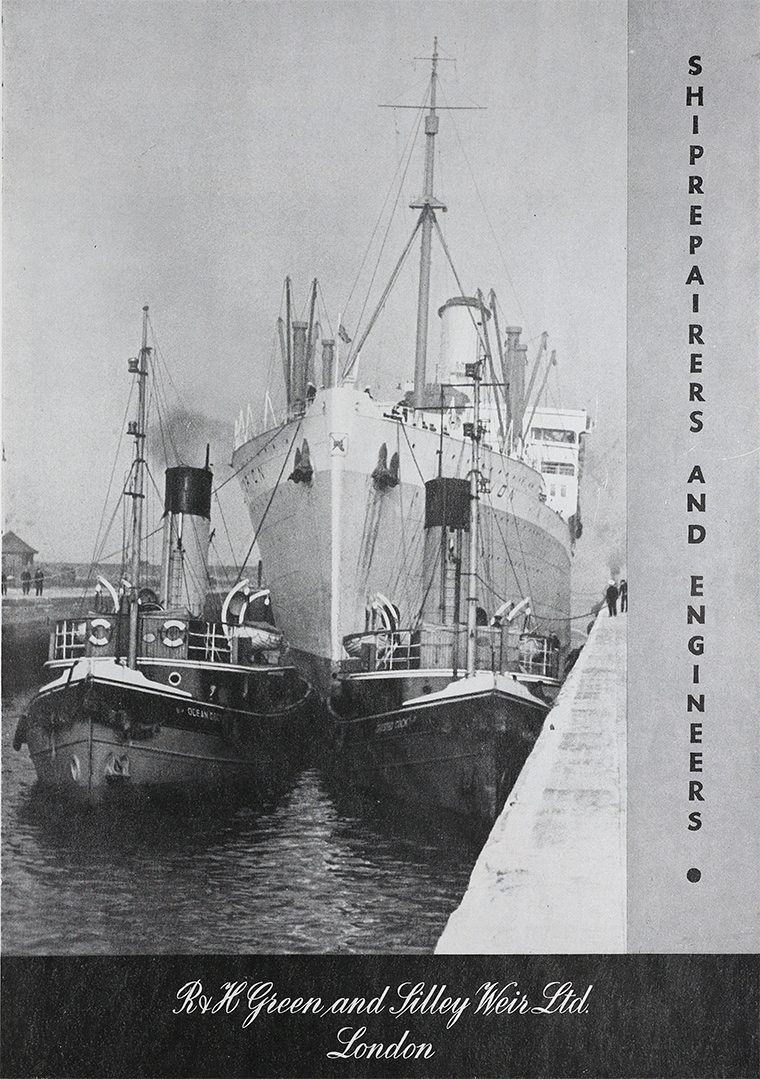 1902 with the decline of Thames shipbuilding, R. & H. Green became part of the well-known ship repairing partnership, R. and H. Green and Silley Weir. The Blackwall yard remained in use, with a major graving dock but the main site was at the Royal Albert Dry Docks.

1918 R. H. Green and Silley Weir took over Cox and Co of Falmouth