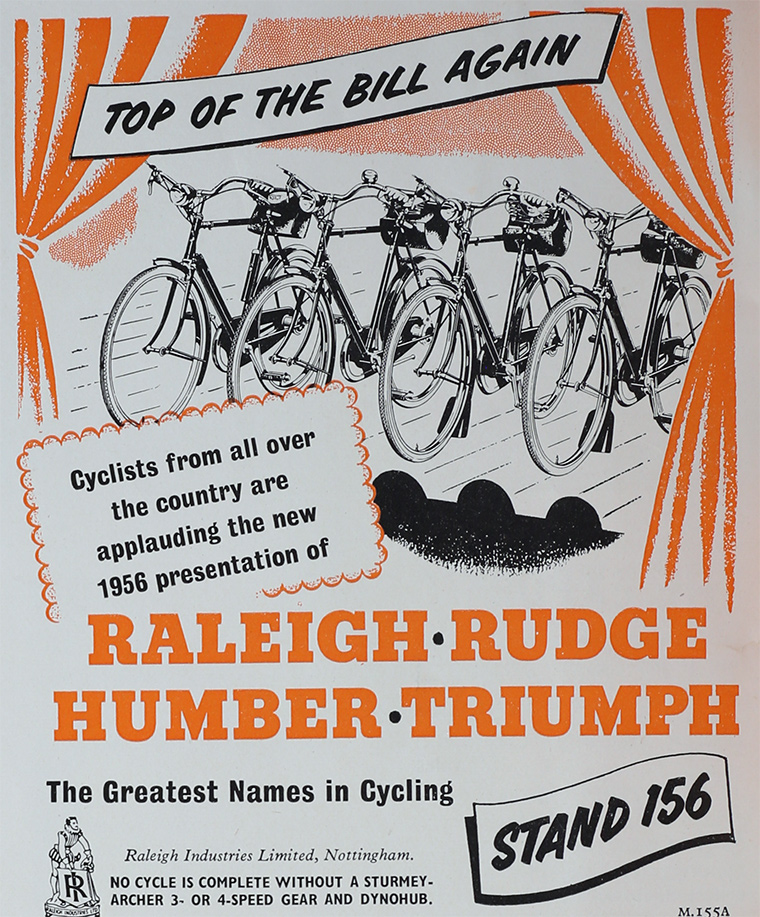 1959 Joint venture companies formed with some of the overseas operations of Tube Investments to cope with over-capacity [1].

1959 Raleigh Industries acquired the saddle interests of J B Brooks Industries, a company with which Raleigh had had a close working relationship for many years[2]

1960 Tube Investments acquired Raleigh Industries. The board of Raleigh, enlarged with a director of TI and the MD of British Cycle Corporation, would control all cycle, component and motorized activities of the TI group[3]. 2500 models being made by the group for the home market[4].

Early 1960s: at some point, TI/Raleigh turned down the opportunity of making the Moulton folding cycle [5].