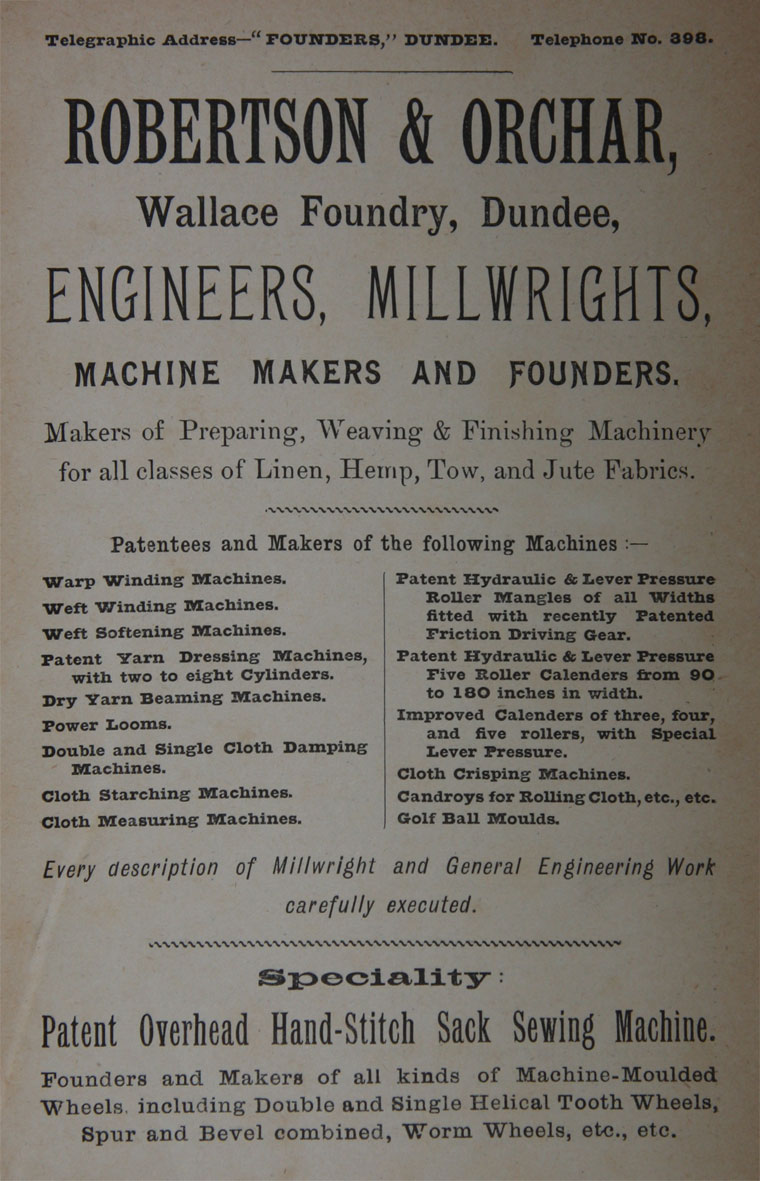 The Wallace Foundry had been previously occupied by Kinmond and Co