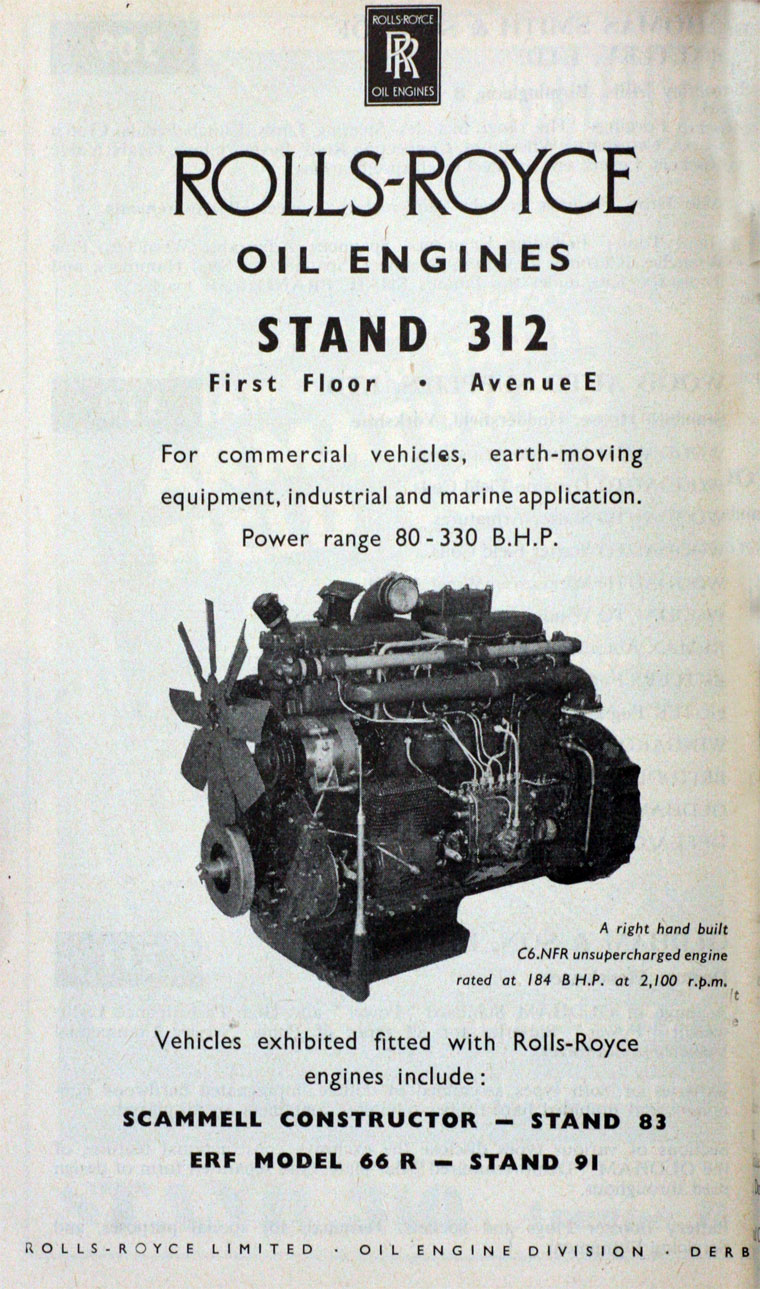 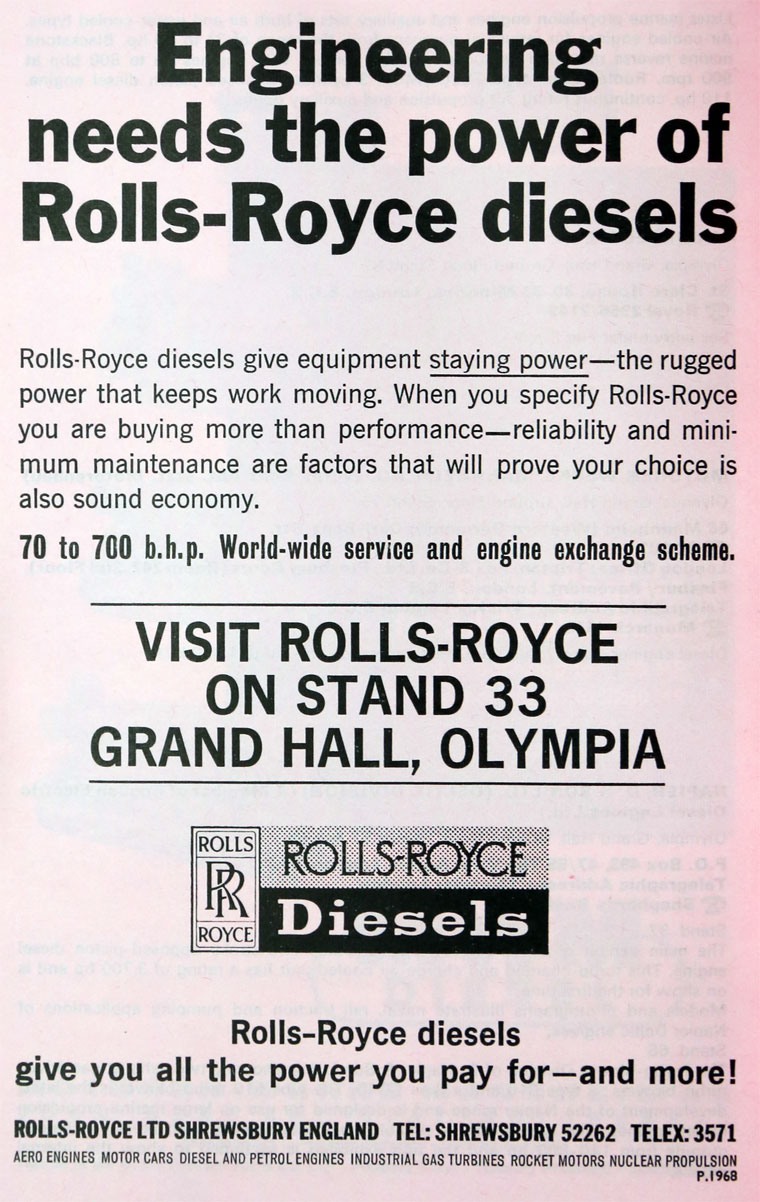 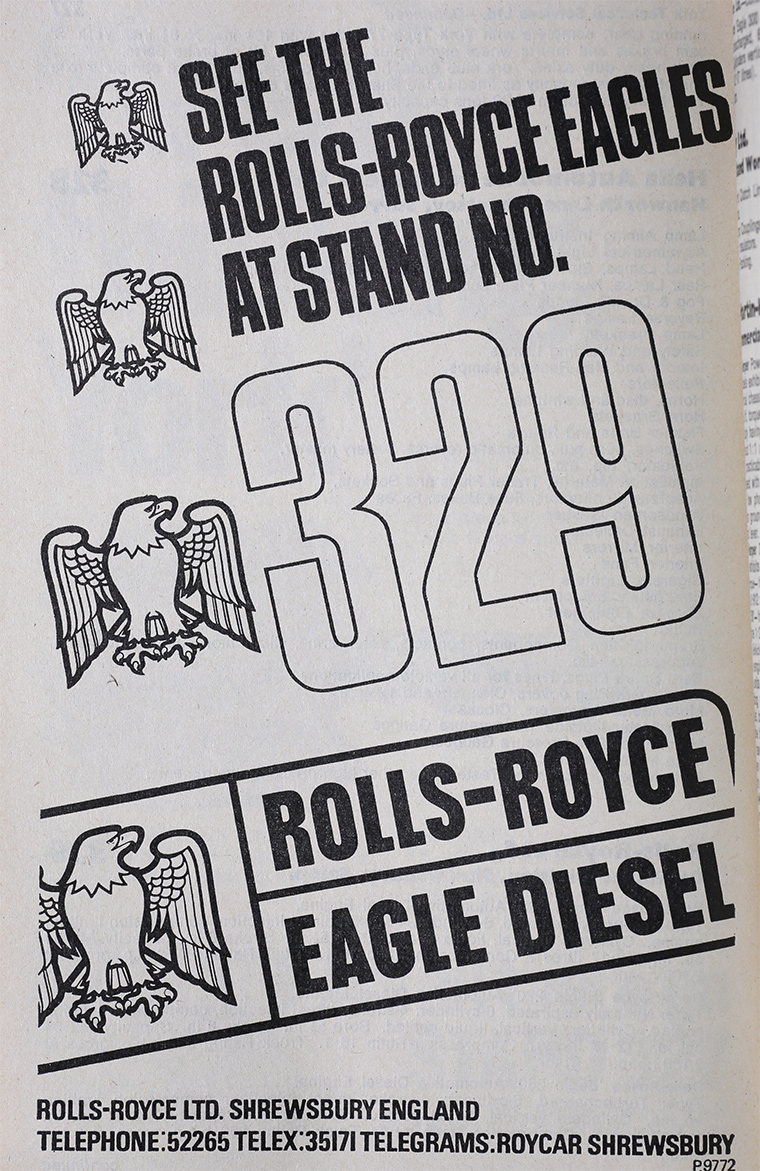 1951 Rolls-Royce started to produce diesel engines in 1951. Initially, these were intended for heavy tractors and earth-movers but, later, they were installed in lorries (e.g. Scammell), railcars, diesel multiple units and Sentinel shunting locomotives.

The railcar engines were often used with Twin Disc torque converters which were built by Rolls-Royce under licence from the Twin Disc Clutch Company of the USA. Rolls-Royce took over Sentinel's Shrewsbury factory for diesel engine production in 1956.