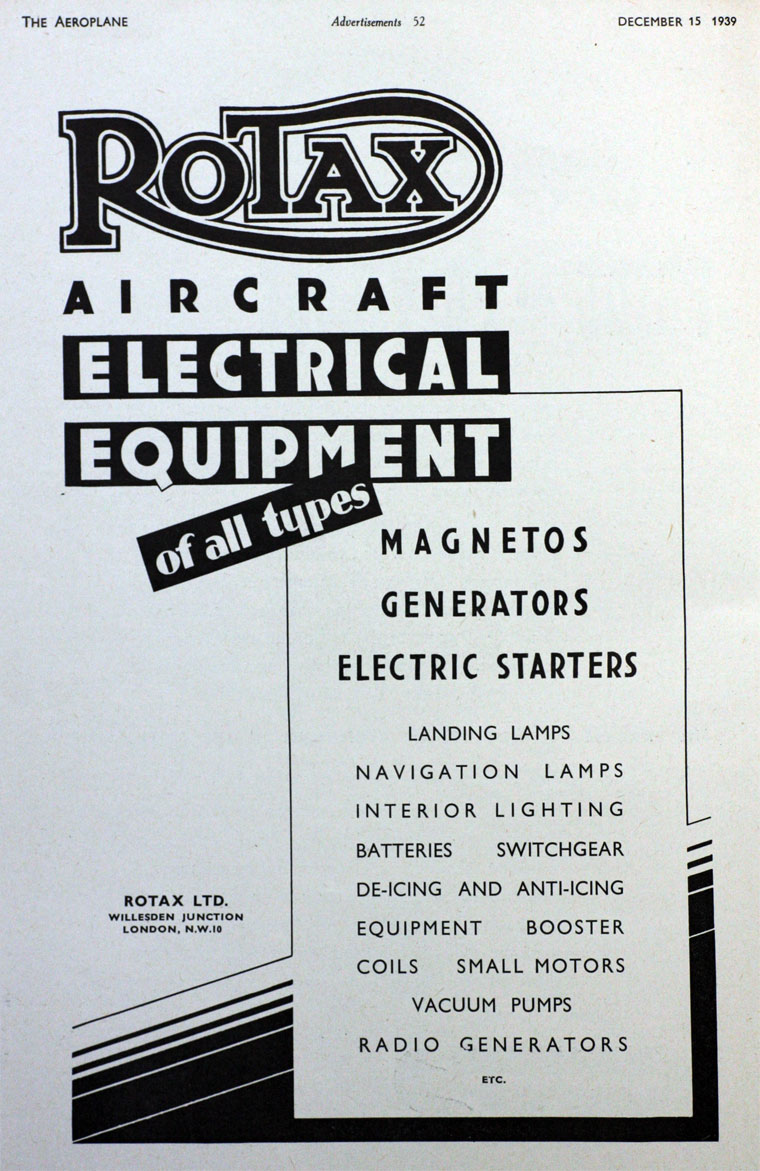 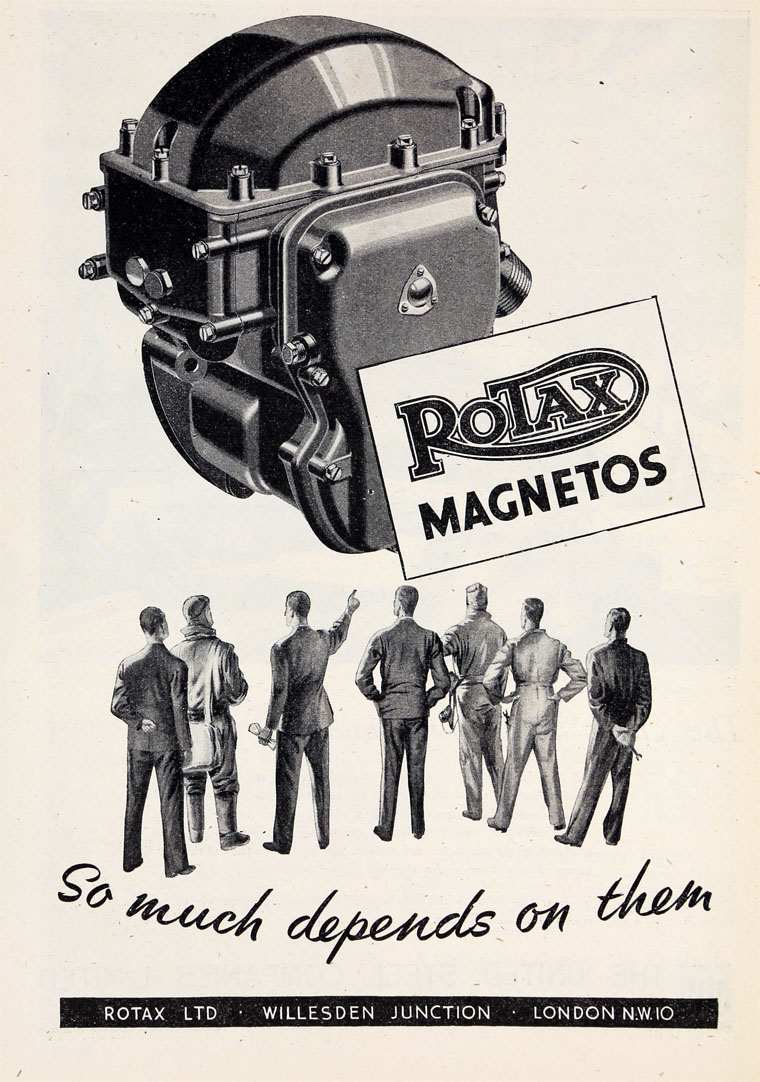 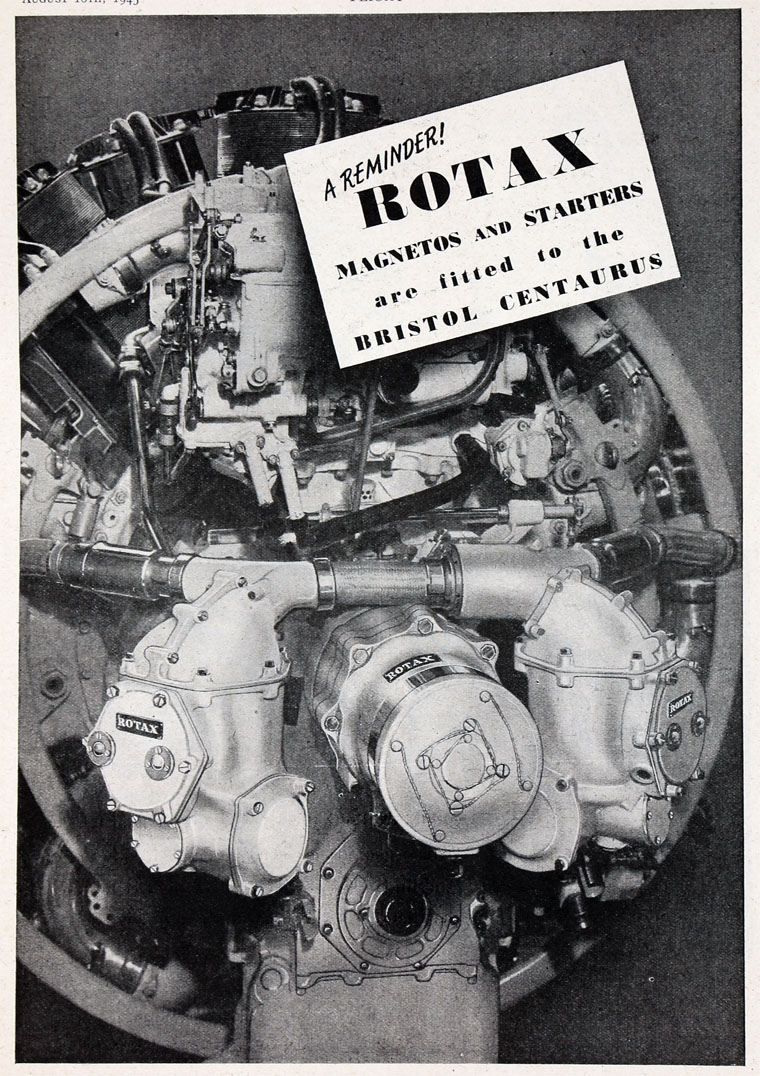 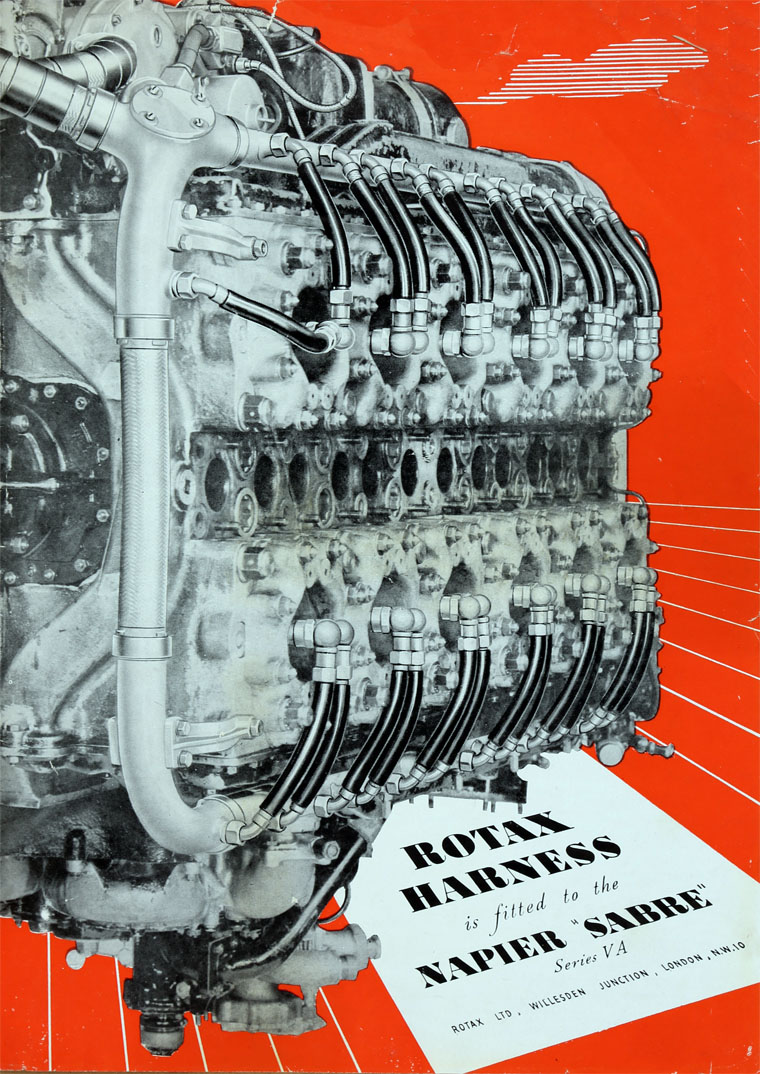 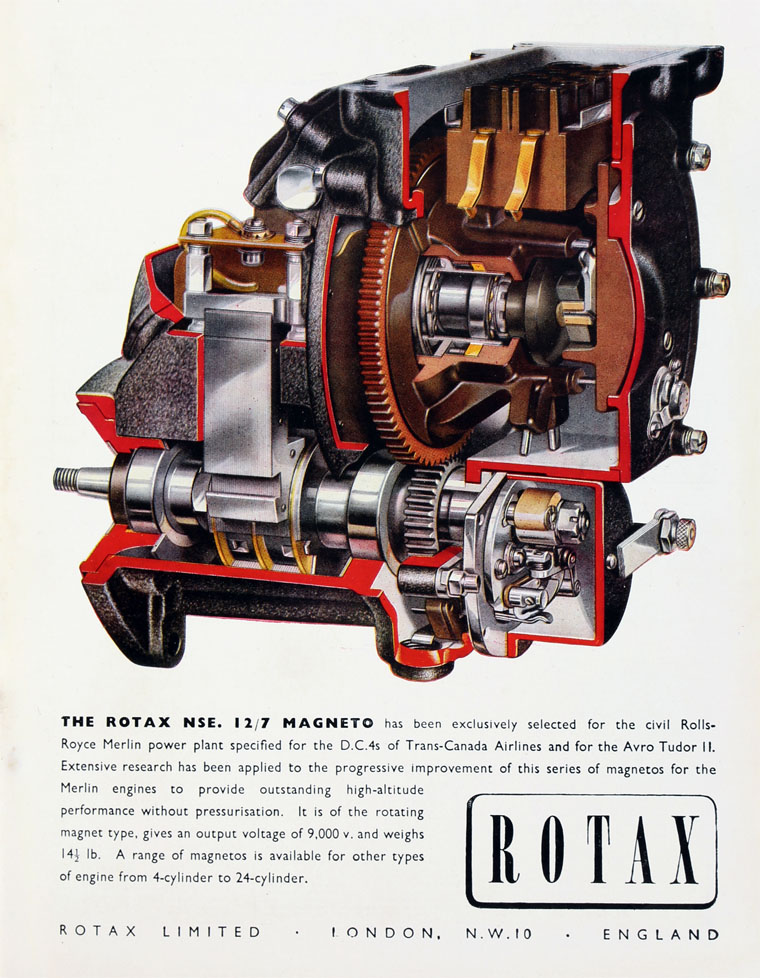 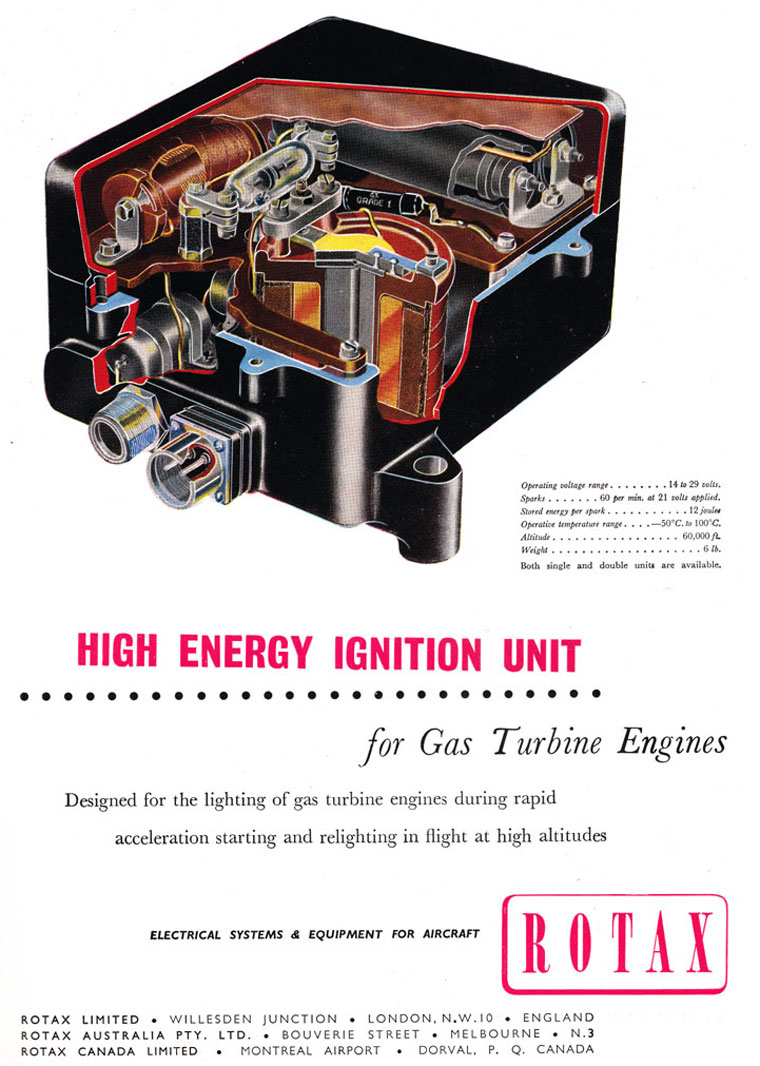 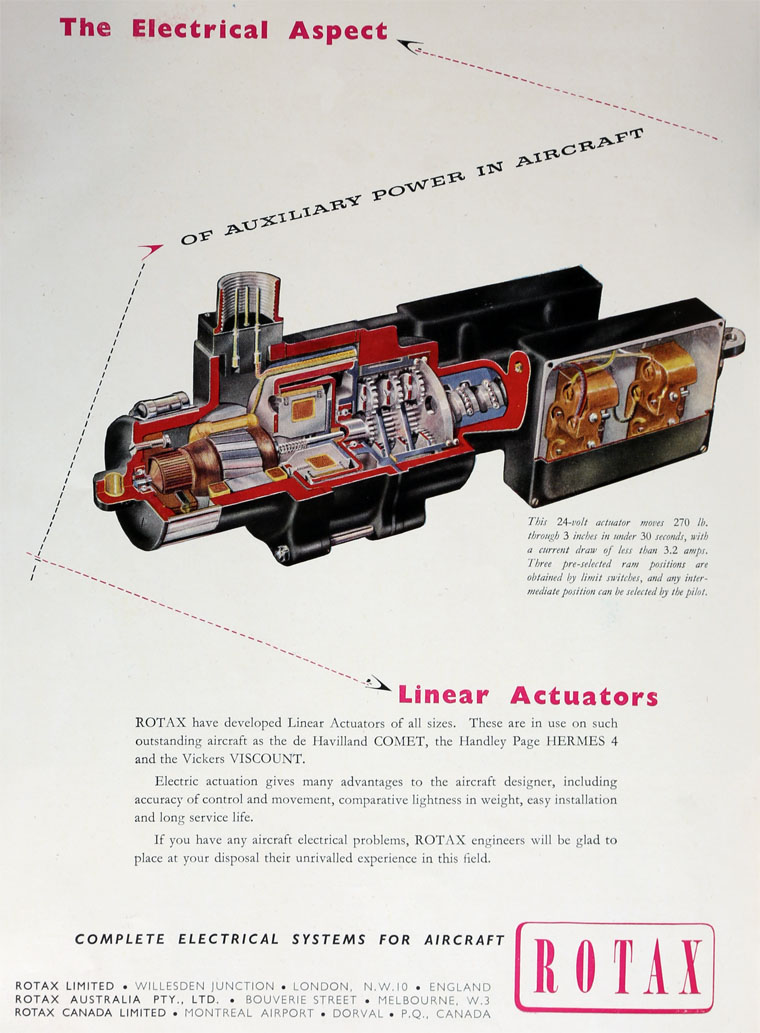 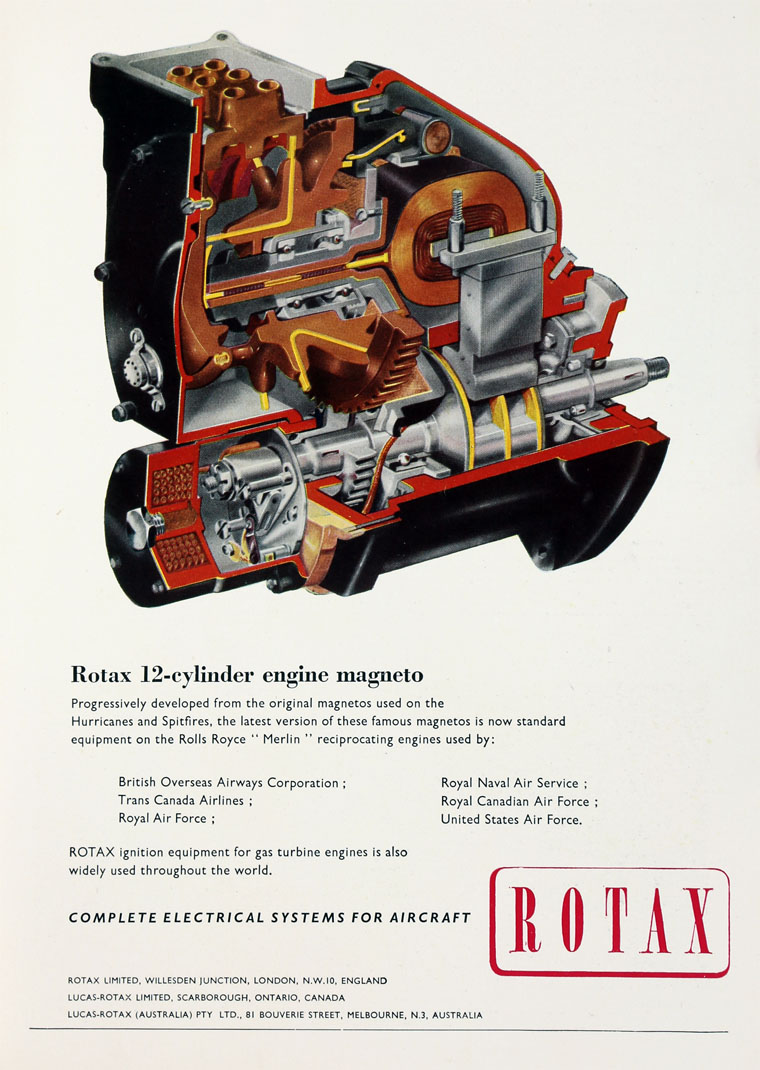 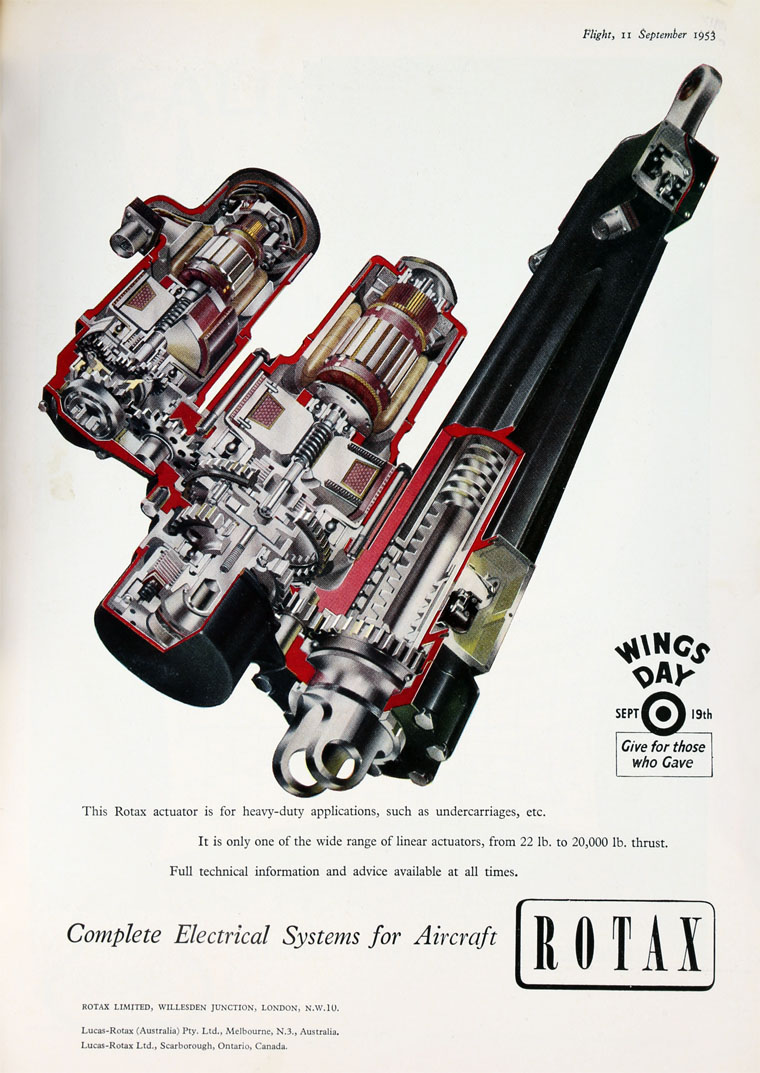 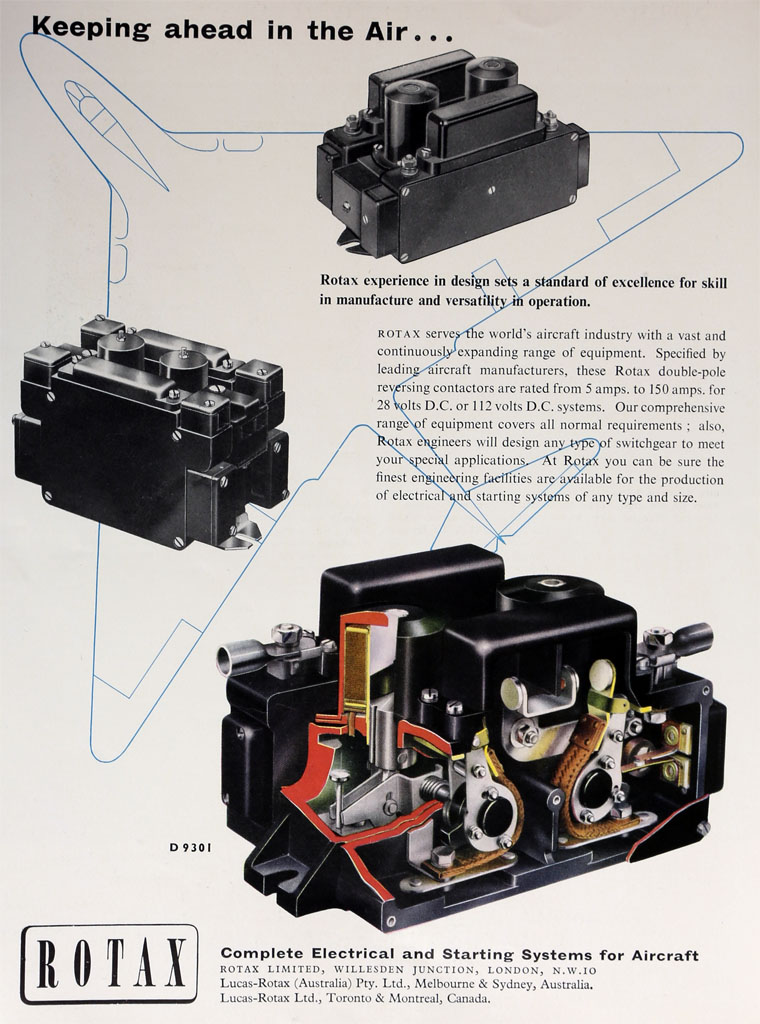 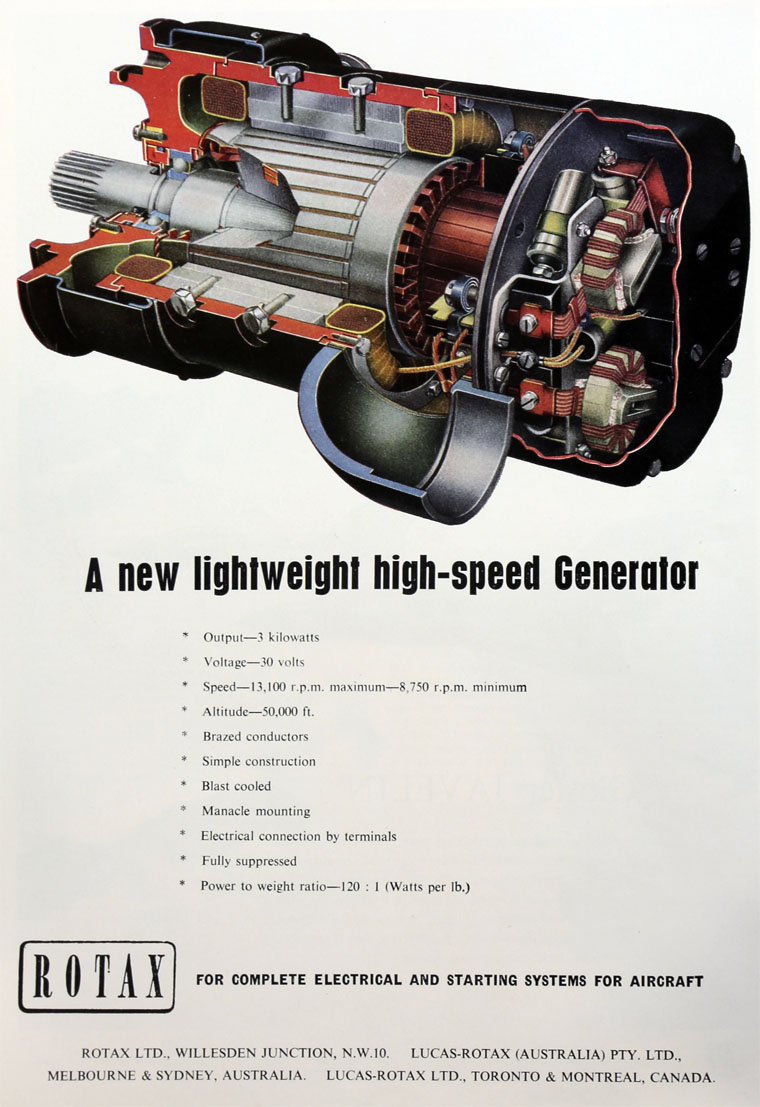 1926 Lucas took over C. A. Vandervell and Co and Rotax Motor Accessories Co. The consideration of £707,217 for the purchase of Rotax was satisfied partly in cash but for the most part by the issue of Lucas £1 Ordinary shares. Lucas decided to concentrate manufacture of equipment for the heavier types of vehicles in C. A. Vandervell and Co and to develop Rotax for the manufacture of equipment for aircraft.

From this time, Rotax Ltd, wholly-owned subsidiary of Lucas, was concerned principally with the production of equipment for aircraft.