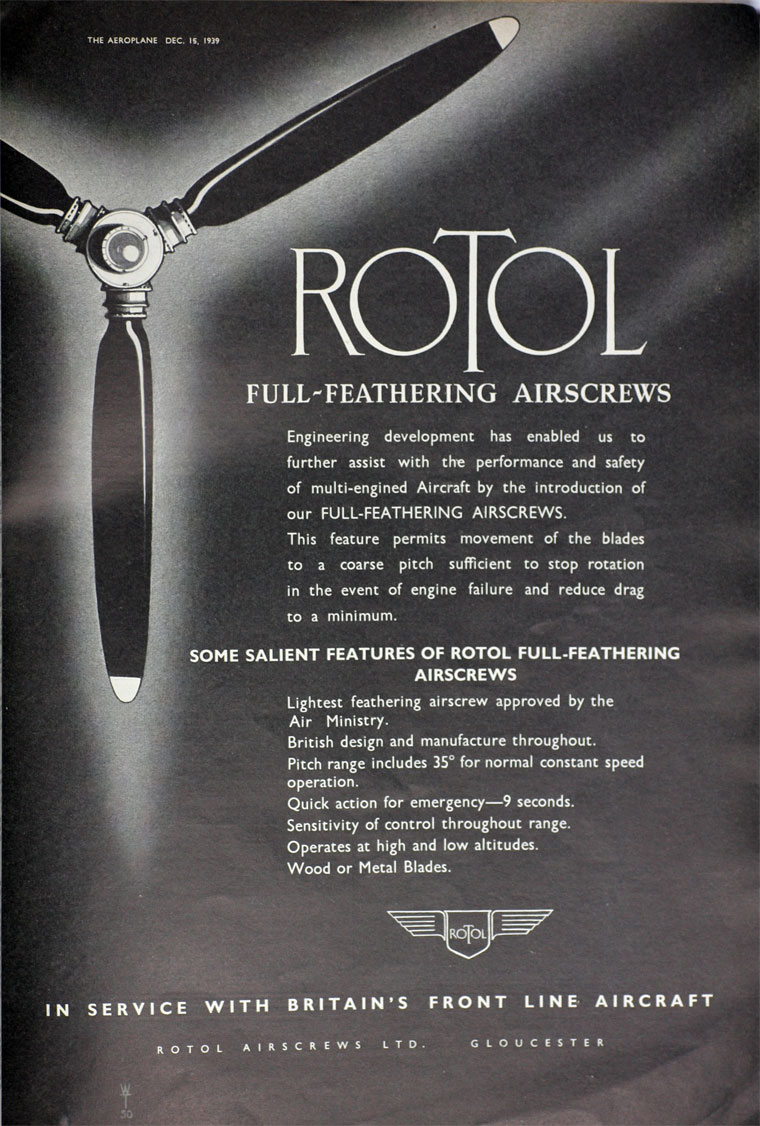 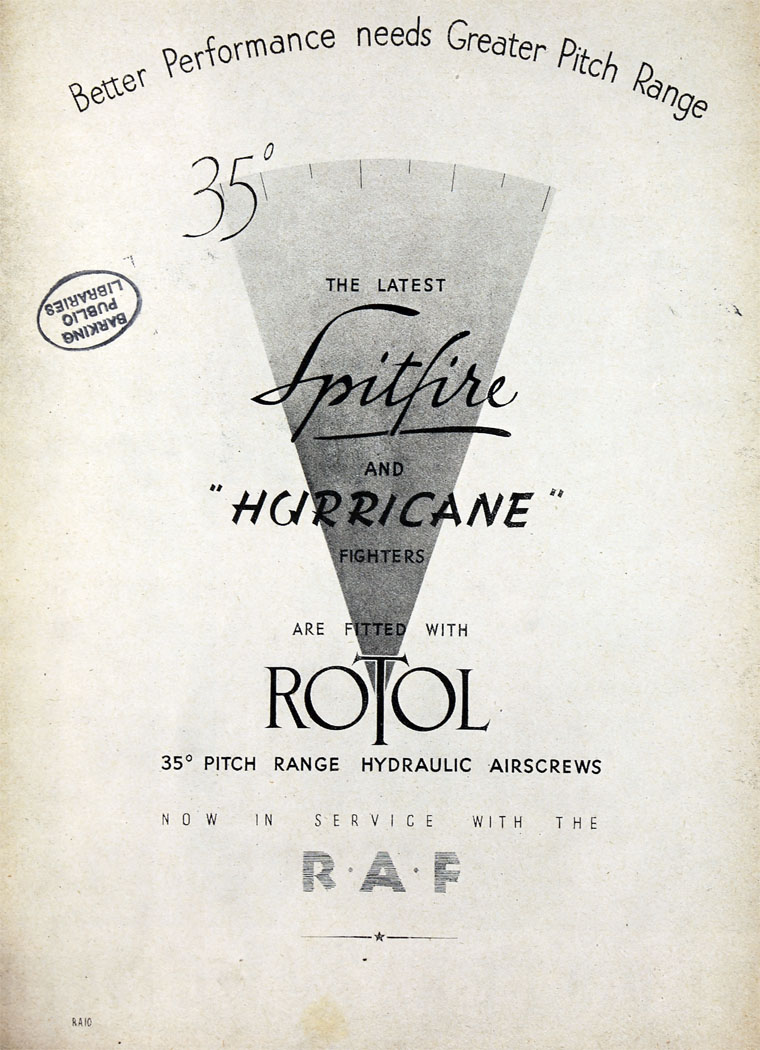 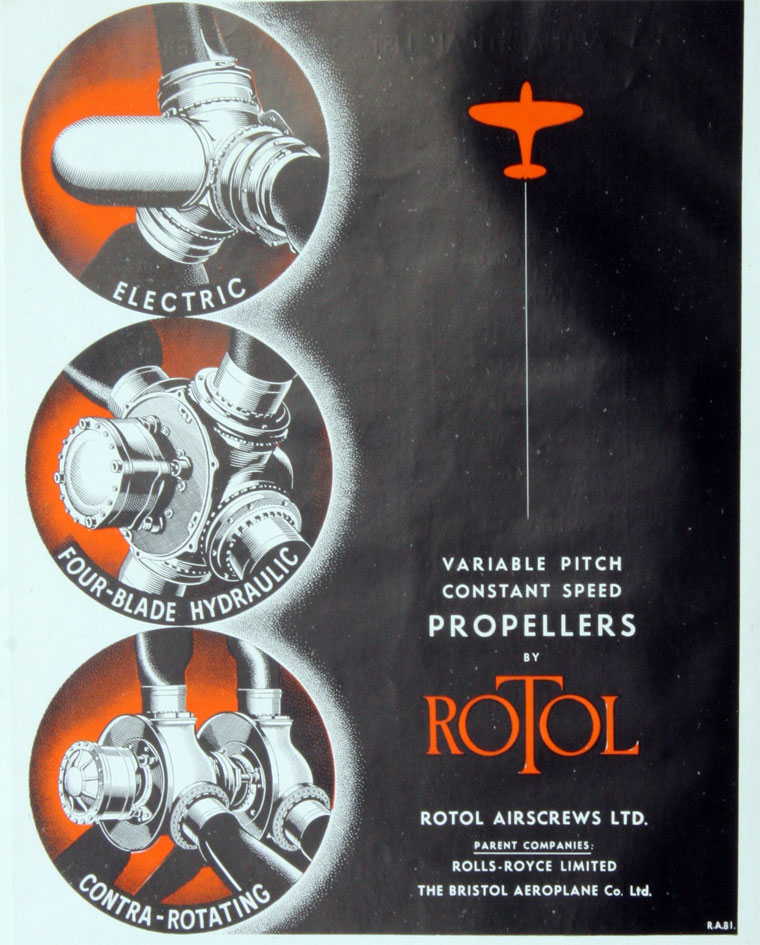 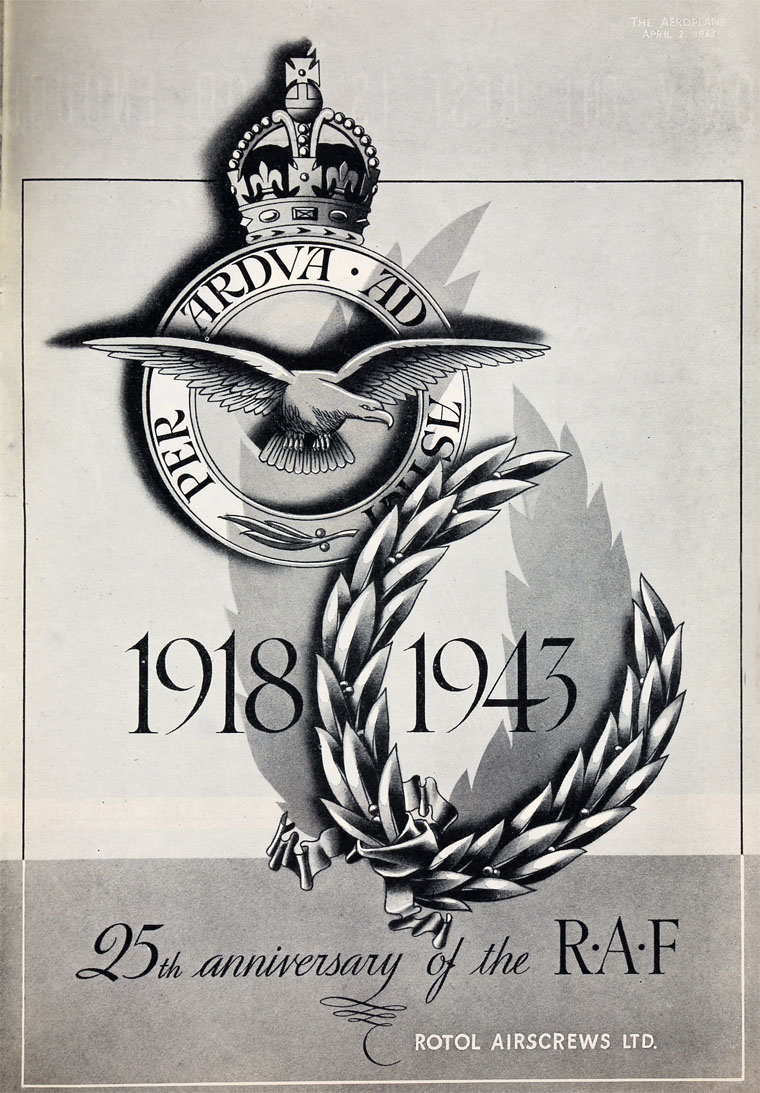 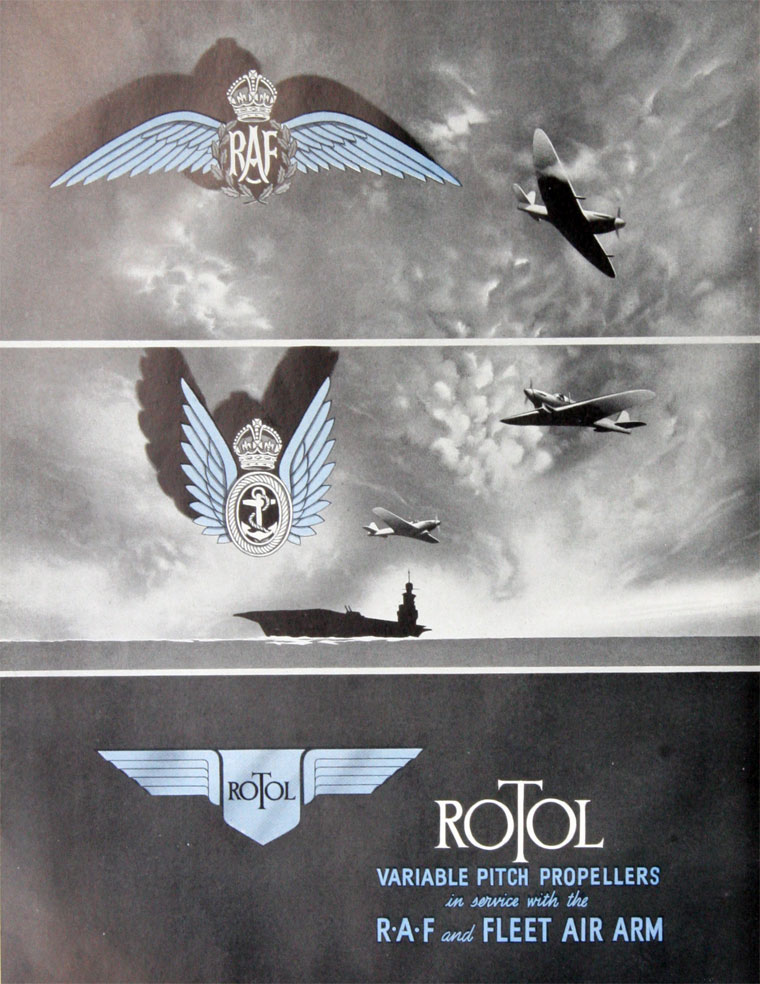 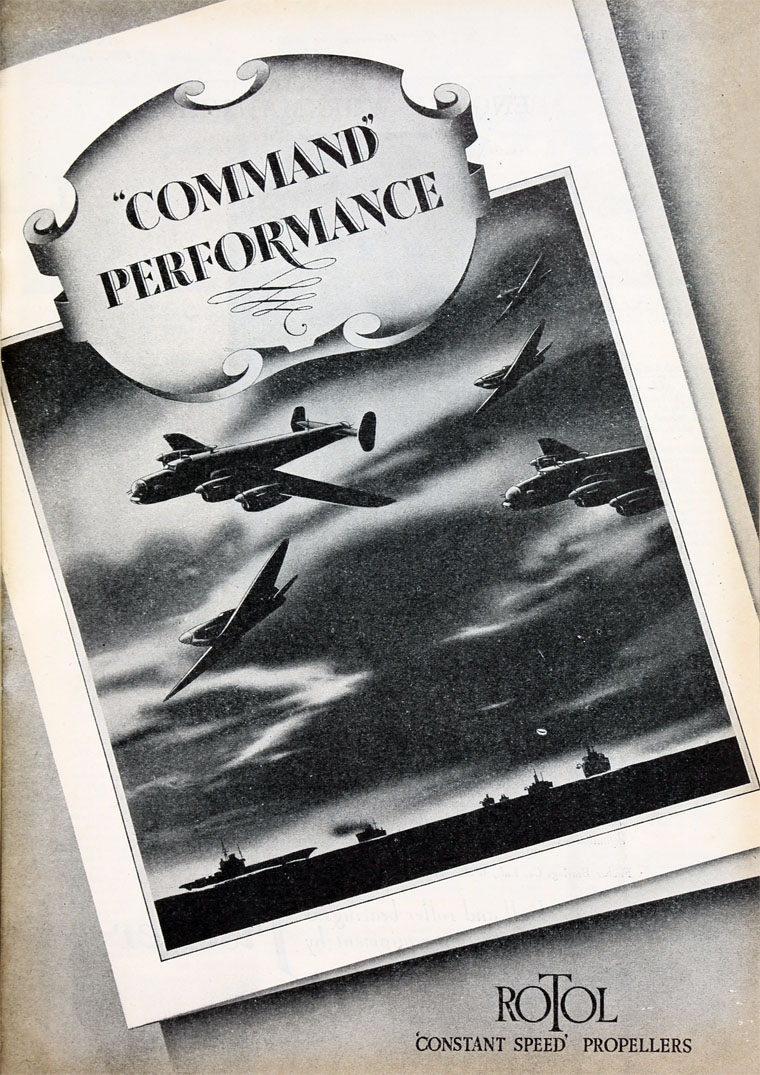 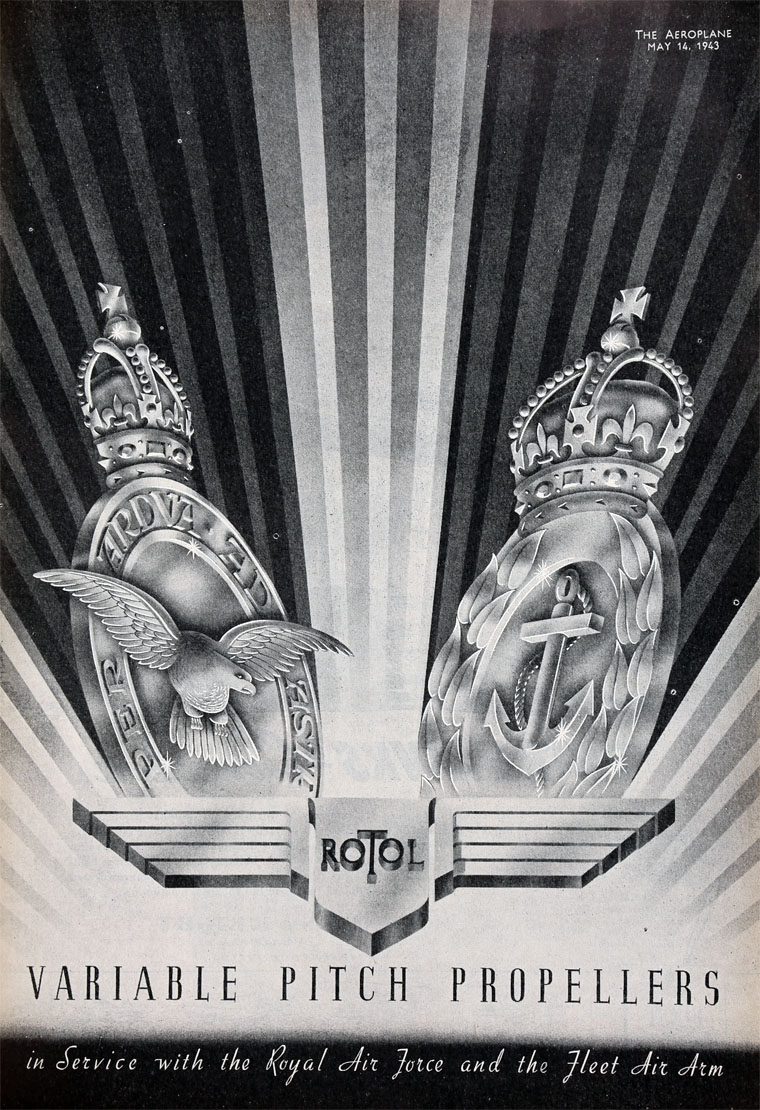 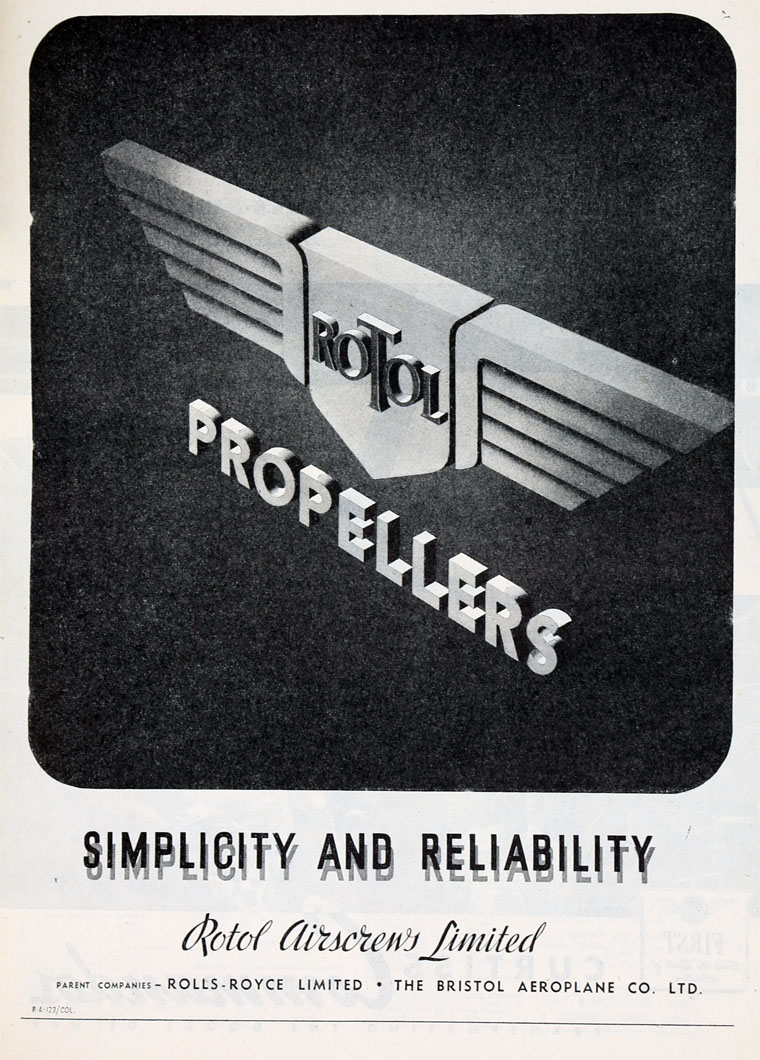 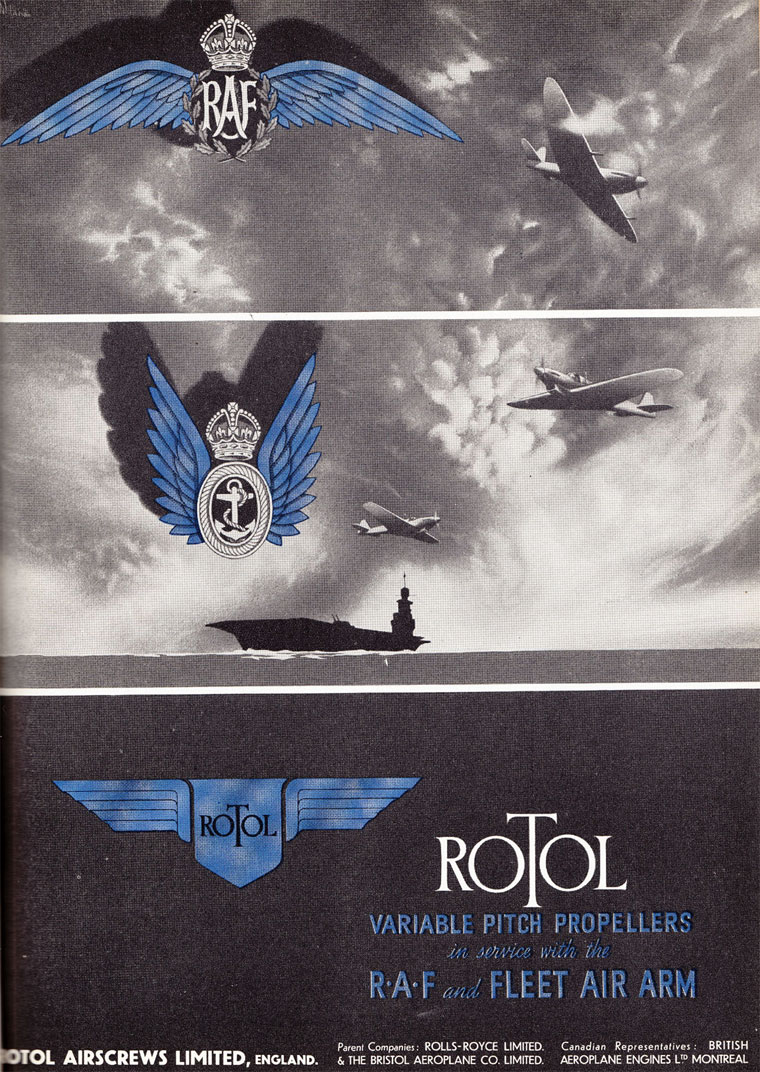 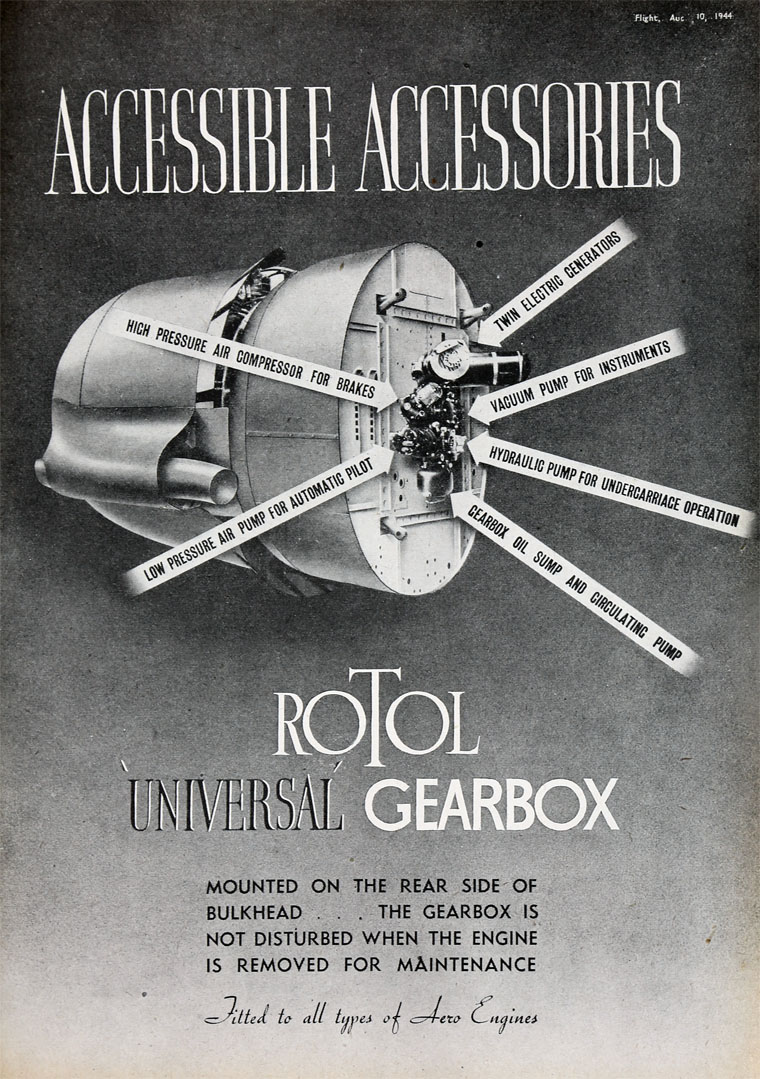 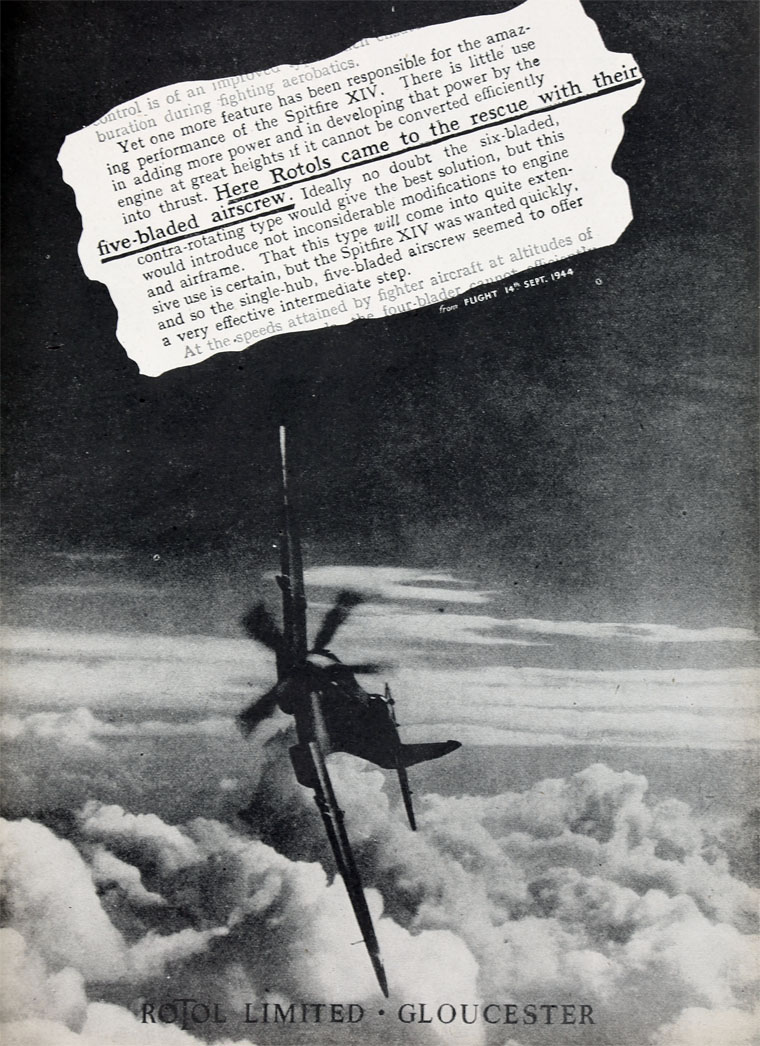 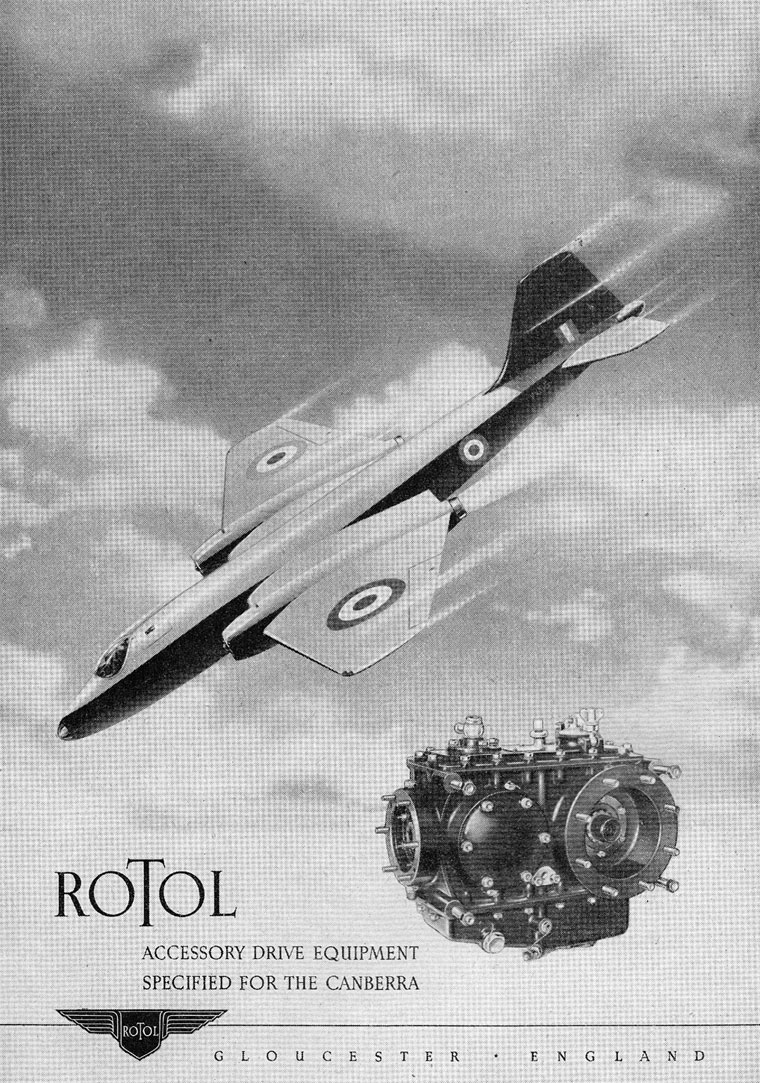 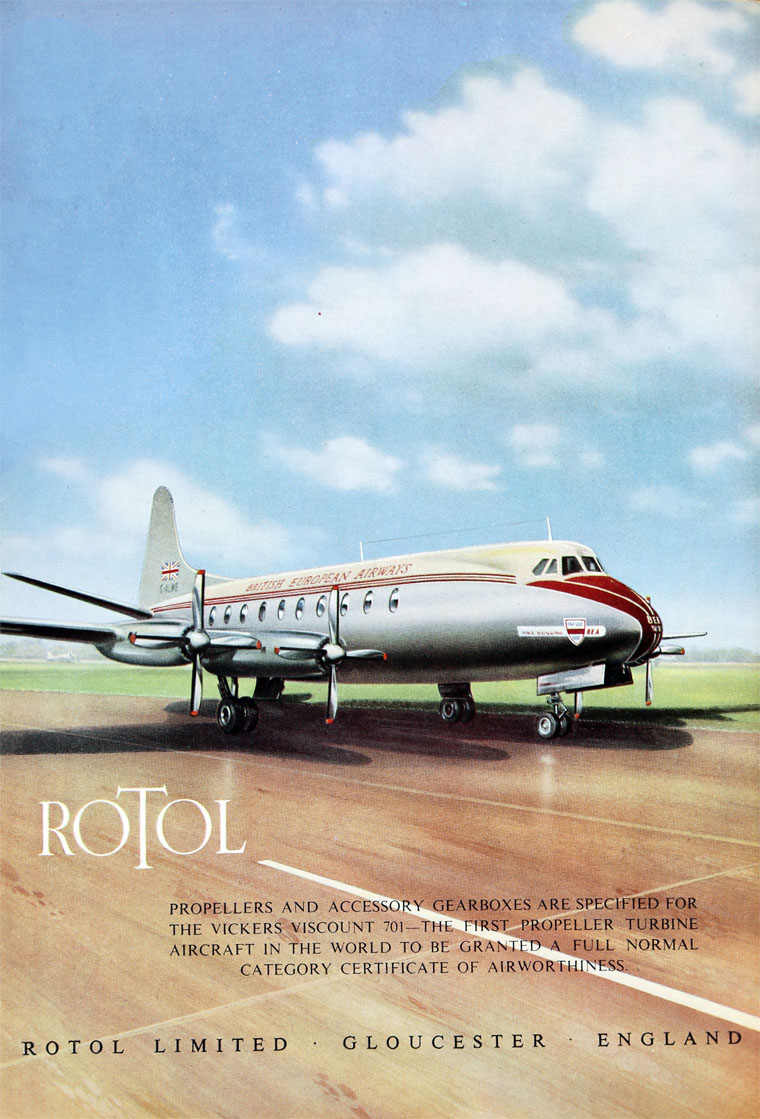 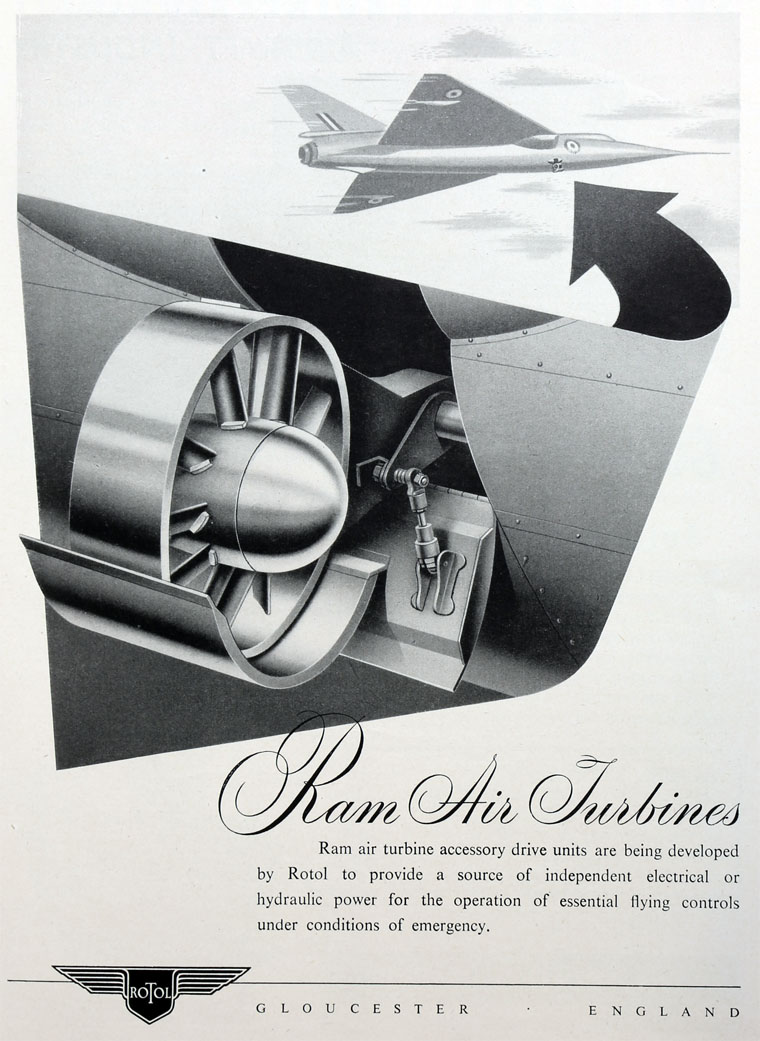 1930s For some years Rolls-Royce and Bristol Aeroplane Co had been co-operating in the development of the Hele-shaw Hub[1].

1937 The company was formed on 13th May 1937 by Rolls-Royce and Bristol Aeroplane Co to take over both companies's propeller developments, the market being too small for more than one company in this space. The name was a contraction of "ROlls-Royce" and "BrisTOL". Rotol props were considered leading edge - their models equipping the Hawker Hurricane, Supermarine Spitfire, and many other Second World War aircraft.

They started in temporary premises in Llanthony Road, Gloucester but transferred to the new factory at Staverton at the end of 1937

WWII Rotol produced over 30,000 airscrews for Hurricanes and Spitfires in three, four or five blade versions, as well as for other aircraft. By the end of the war a total of 100,000 airscrews had been produced and used on more than sixty types of production aircraft and another forty prototypes.

By the end of the war they had introduced the first five-bladed propeller to see widespread use, used on late-model Spitfires.

At some point, acquired Hordern-Richmond Aircraft