Grace's Guide is the leading source of historical information on industry and manufacturing in Britain. This web publication contains 142,071 pages of information and 227,774 images on early companies, their products and the people who designed and built them. 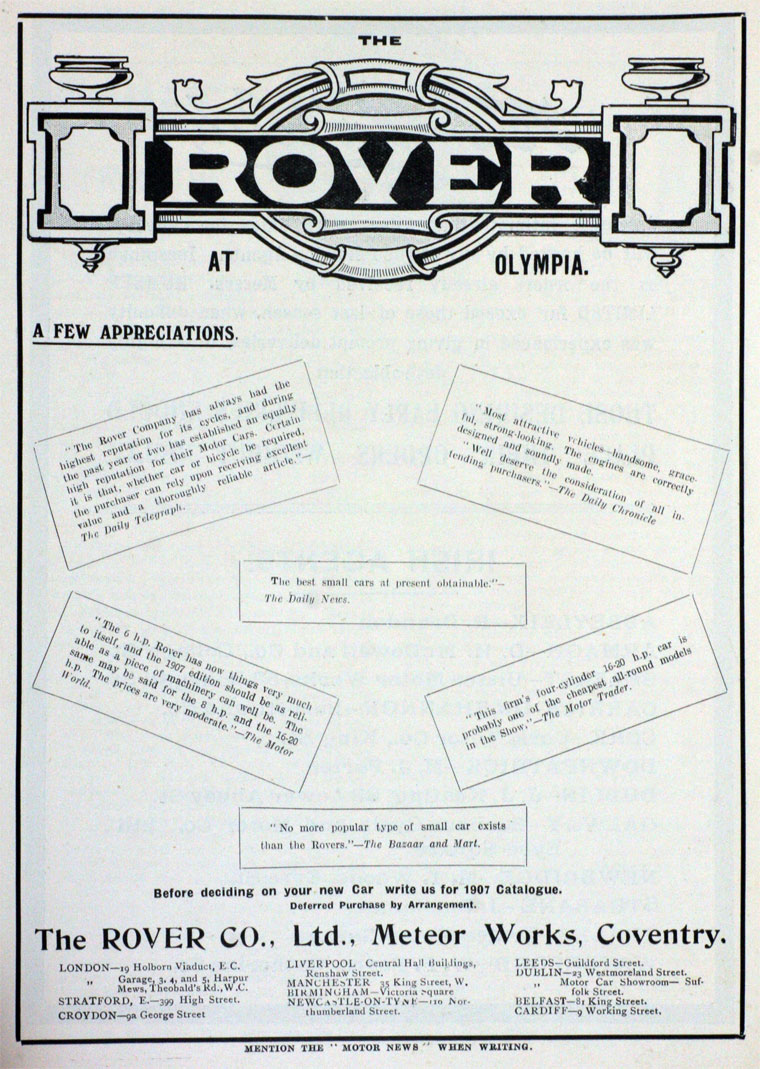 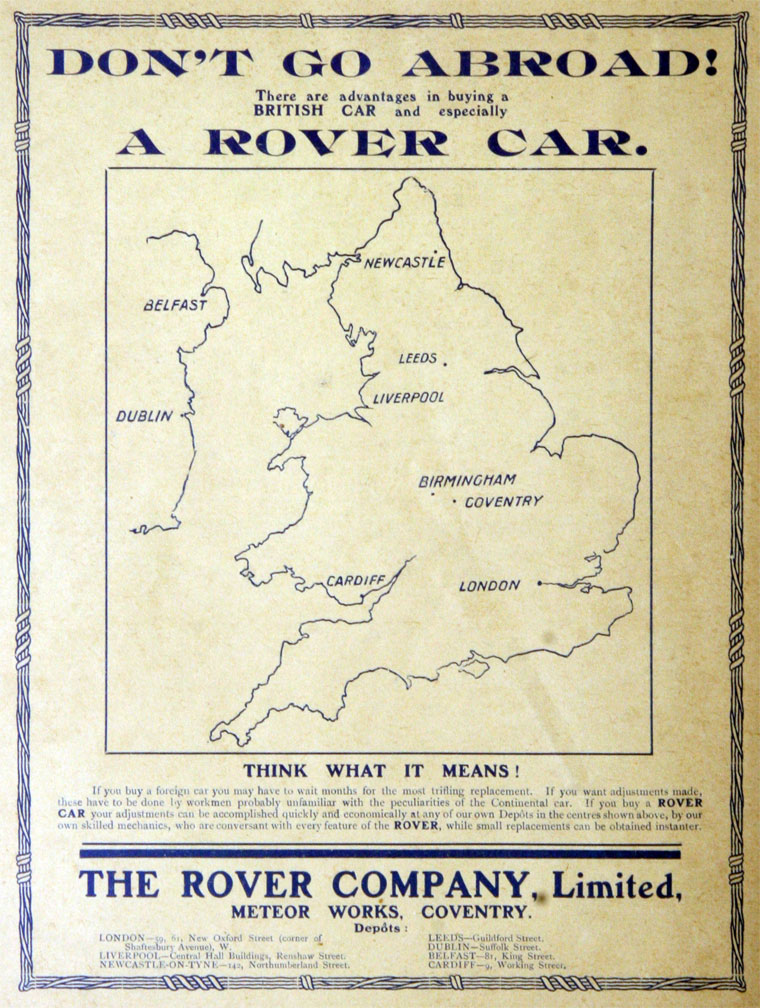 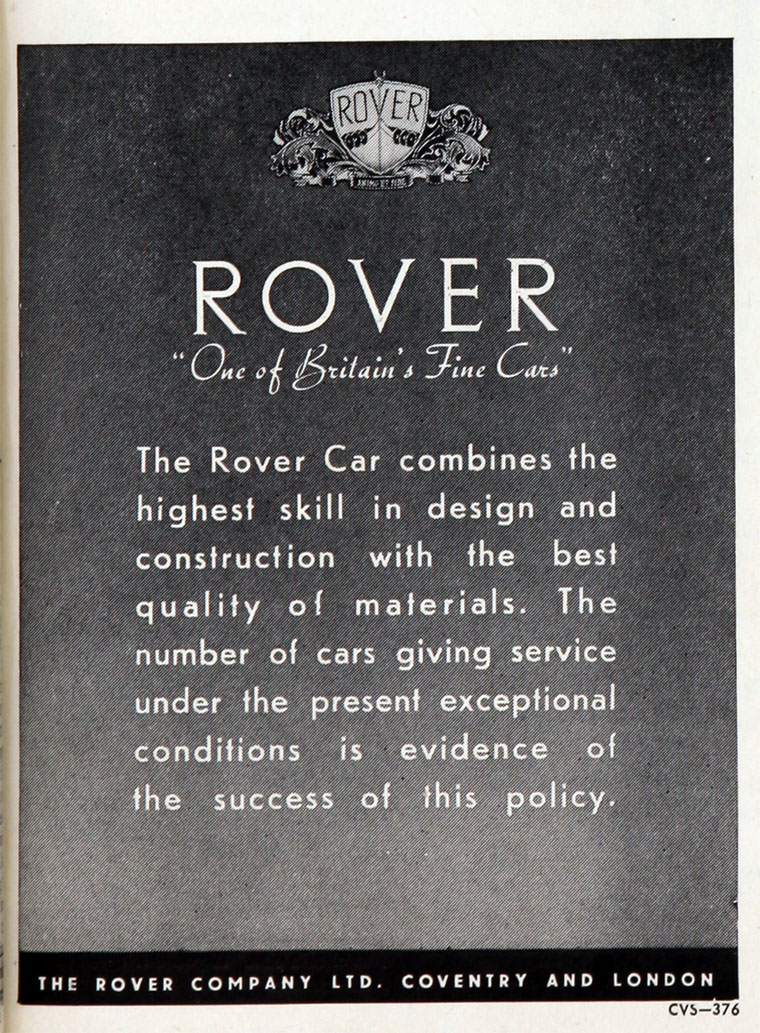 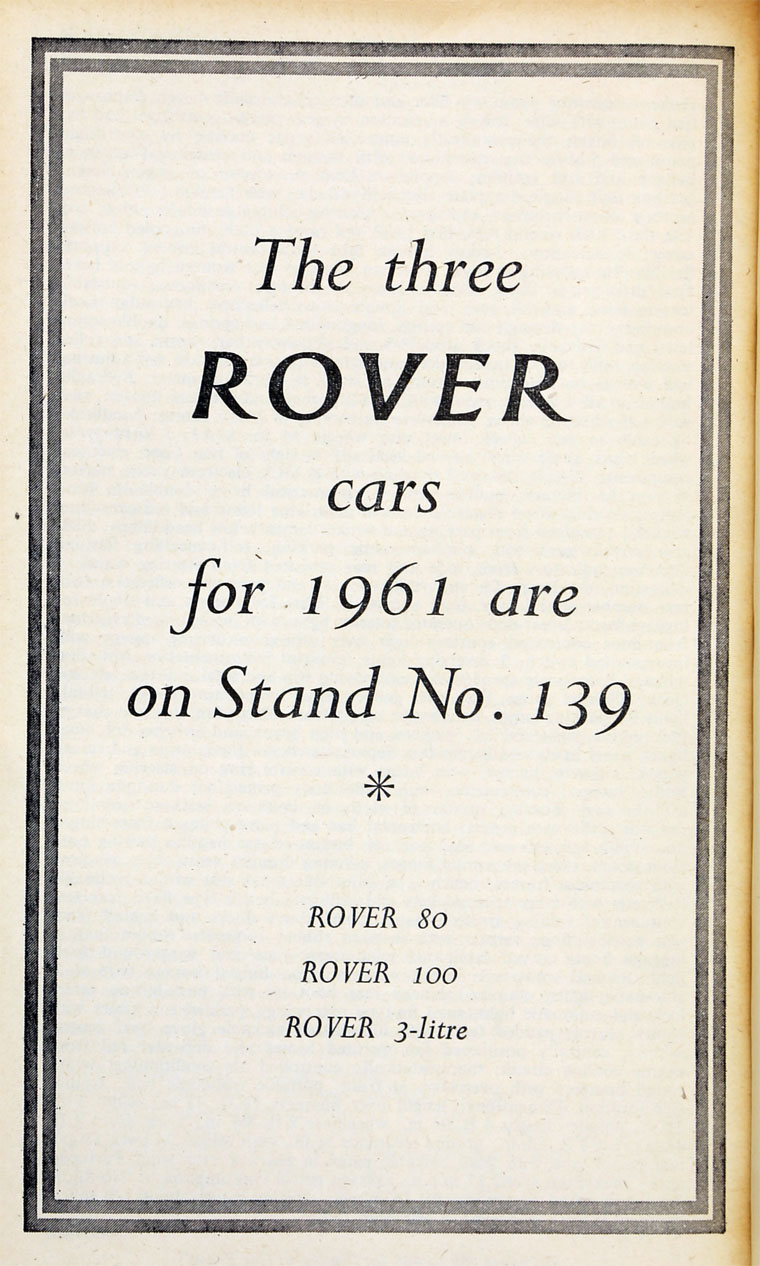 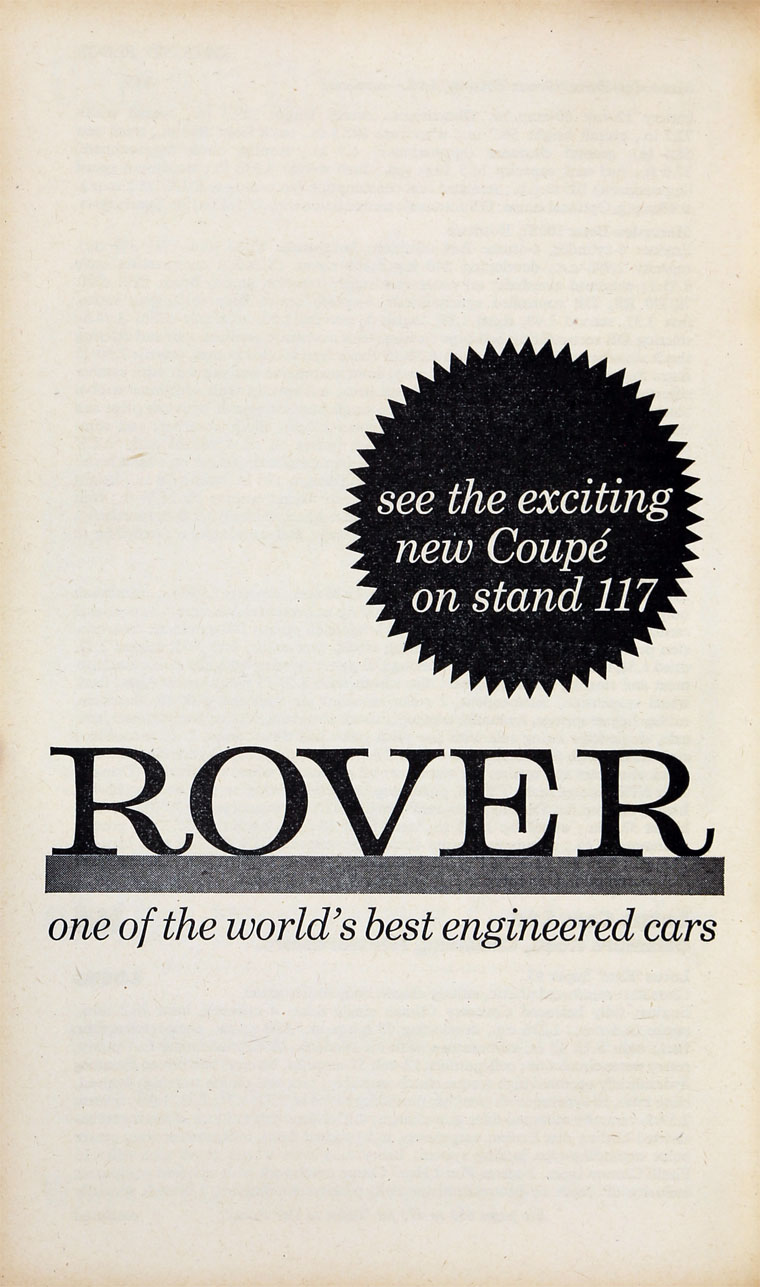 Rover was a British manufacturer of bicycles, motorcycles and cars.

1905 The name was changed in November from the Rover Cycle Co to the Rover Co.

WWI. During the First World War, they made motorcycles, lorries to Maudslay designs and not having a suitable one of their own, cars to a Sunbeam design.

They acquired a factory at Tyseley

1929 there was a change of management with Spencer Wilks coming in from Hillman as general manager. He set about reorganising the company and moving it up market to cater for people who wanted something "superior" to Ford and Austin.

1930 He was joined by his brother Maurice Wilks, who had also been at Hillman as chief engineer. Spencer Wilks stayed with the company until 1962 and his brother until 1963.

In the late 1930s, in anticipation of potential hostilities which would become World War II, the British government started a re-armament programme and as part of this "Shadow Factories" were built. These were paid for by the government but staffed and run by private companies. Two were run by Rover, one at Acocks Green, Birmingham, started operation in 1937, and a second, larger one at Solihull, started in 1940. Both were employed making aero engines and airframes. The original main works at Helen Street, Coventry, was severely damaged by bombing in 1940 and 1941, and never regained full production.

1940 In early 1940 Rover were approached by the government to support Frank Whittle in developing the gas turbine engine. Whittle's company, Power Jets had no production facilities and the intention was for Rover to take the design and develop it for mass production. Whittle himself was not pleased by this and did not like design changes made without his approval but the first test engines to the W2B design were built in a disused cotton mill in Barnoldswick, Lancashire, in October 1941.

1942 Rolls-Royce took an interest in the new technology and an agreement was reached in 1942 that they would take over the engines and Barnoldswick works and in exchange Rover would get the contract for making Meteor tank engines which actually continued until 1964.

After the Second World War, the company abandoned Helen Street and bought the two Shadow Factories. Acocks Green carried on for a while making Meteor engines for tanks and Solihull became the new centre for vehicles with production resuming in 1947..

1946 Maurice Wilks became technical director. The company was in difficulties because steel quotas were allocated on the basis of a company's export sales, and the Rover luxury cars did not sell well overseas. Faced with an allocation of steel enough for only 1100 cars, instead of the 20,000 planned annual output, Rover needed a short-term project to keep the production lines running at Solihull. This led in 1947 to the development of the Land Rover, based on the American jeep, by Wilks and his design team. The Land Rover was produced at Solihull.

Launched in 1948, the Land Rover, a small four-wheel drive vehicle, was originally intended as a farm vehicle, to be more versatile than a jeep. An immediate success, used as much on the road as off it, it sold better than the Rover luxury cars. The Land Rover saved the company, and turned Rover primarily into a manufacturer of light commercial vehicles.

1953 Rover Gas Turbines Ltd, a private company, was formed as a subsidiary[7]