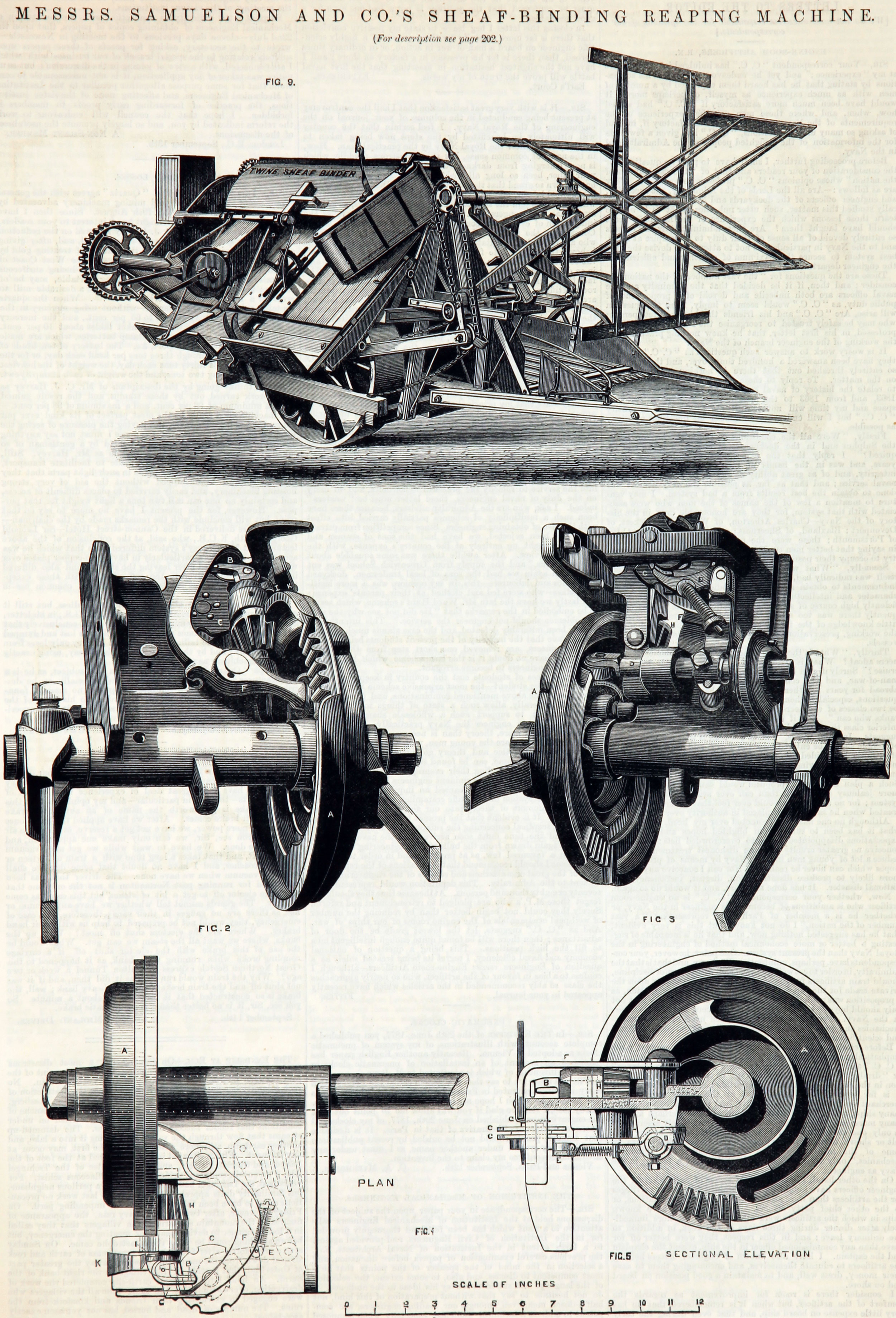 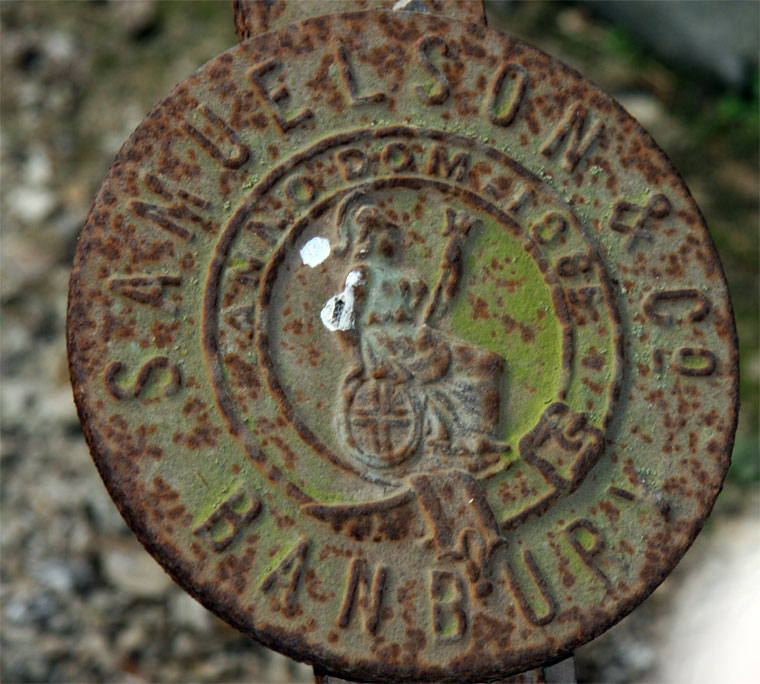 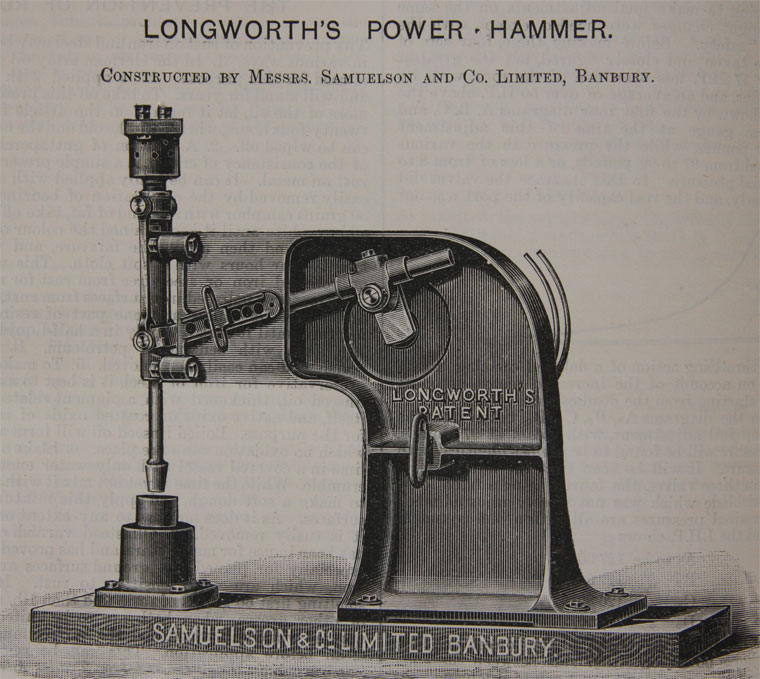 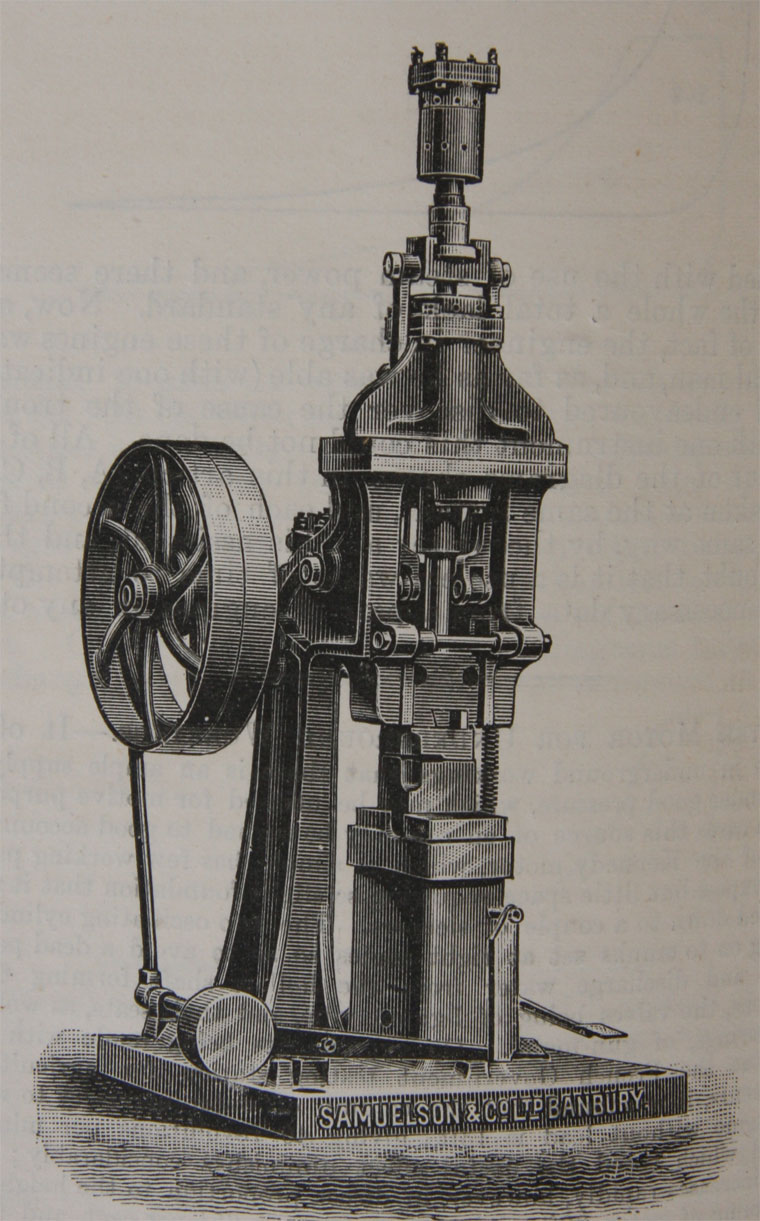 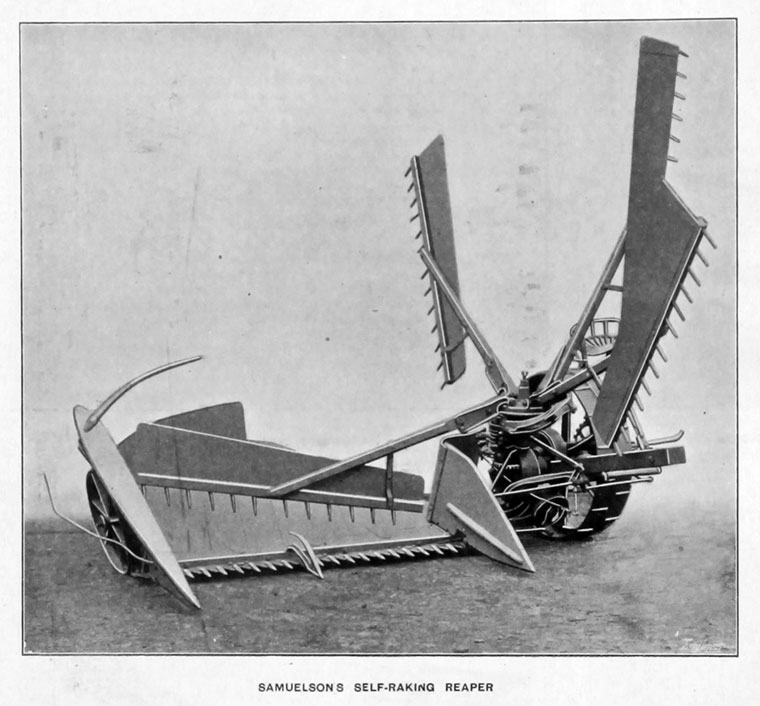 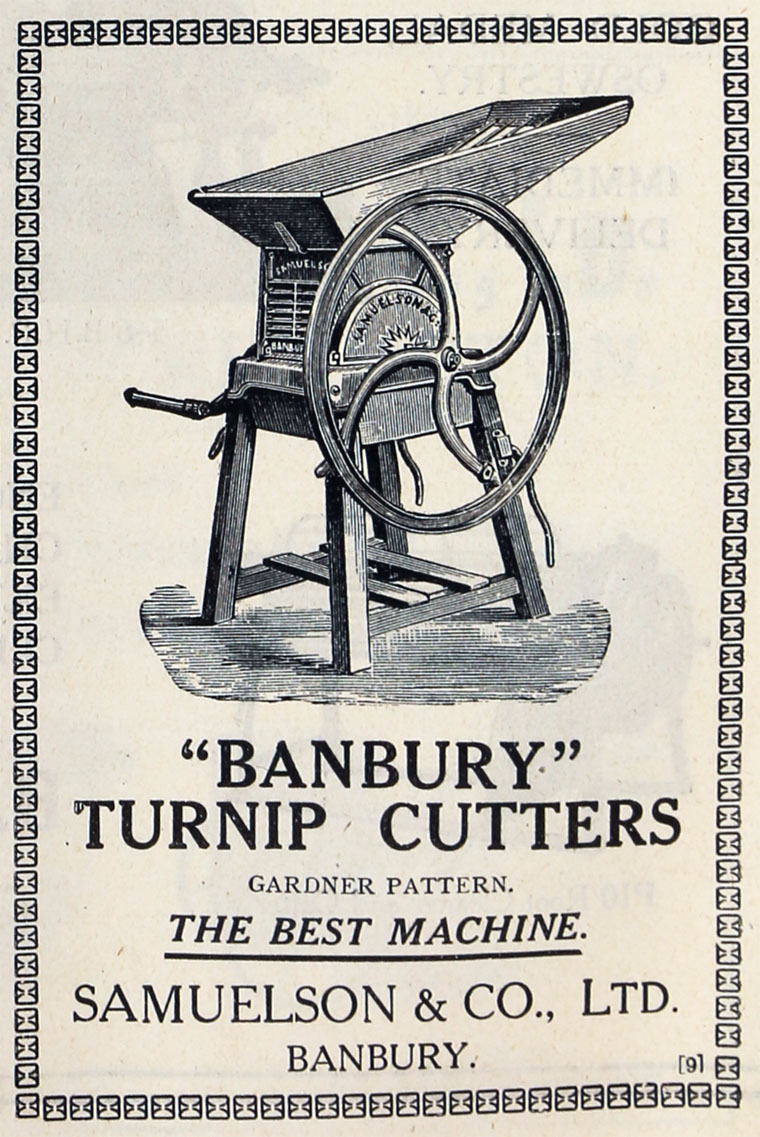 1848 Company formed by Bernhard Samuelson who bought the small factory in Banbury of James Gardner that was manufacturing agricultural equipment. His brother Alexander became manager of the agricultural implement works.

1881 Samuelson, Son and Co were manufacturers of land mowing machinery

1894 Description of their Low-down harvester with illustration [7].

1911 Description of their works at Banbury in The Engineer [8].

1924 Samuelson and Co of Britannia Works, Banbury, appointed Mr. Frank Corter, of 43, Parsonage Chambers, 3, The Parsonnge, Manchester, as their representative in Lancashire, North Cheshire and the West Riding of Yorkshire. [9]

1933 The foundry at Banbury was closed and was taken over by Thomas W. Ward of Sheffield, who also acquired the goodwill and patterns and was prepared to consider any scheme for opening the foundry again[10]