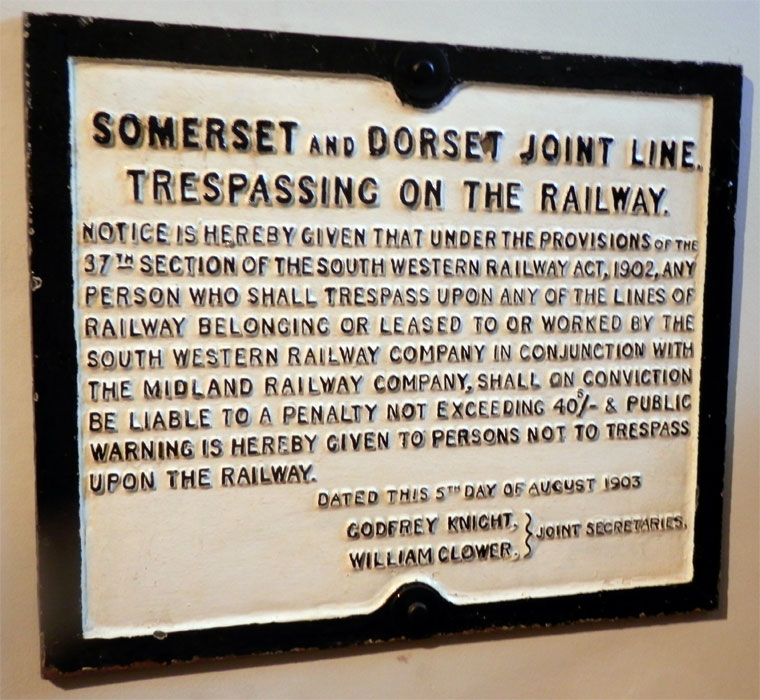 The Somerset and Dorset Joint Railway (S&DJR) was an English railway company owned jointly by the Midland Railway and the London and South Western Railway. The railway linked Bath in north east Somerset with Bournemouth, now in south east Dorset. The railway had branch lines to Burnham-on-Sea, Wells and Bridgwater. [1]

1874 The decision to build a northwards extension from this line to Bath, crossing the Mendip Hills and passing through the Somerset coalfield bankrupted the company.

1875 The word Joint was added to the company name when the railway was let on a 999 year lease to the Midland Railway and the London and South Western Railway in the following year.

Some of the S&DJR was single track, but the so-called main line was double track from Templecombe as far north as Midford, then running single track through the Combe Down and Devonshire tunnels and down the long slope to the junction with the Midland Railway a mile west of Bath Green Park railway station. The southern section was single from Broadstone to Corfe Mullen Junction. From there, double line was regained until Blandford Forum, and the line was again single from there to Templecombe. The trackbed in Bath which included Tucking Mill Viaduct and Combe Down and Devonshire tunnels is now used for the excellent National Cycle Route 244, the 'Two Tunnels Greenway', completed in 2013. It is now possible to walk or cycle through the tunnels (although cycling is much to be preferred over a 1 mile walk though the cold Devonshire tunnel!). See Sustrans leaflet and 'Two Tunnels Greenway' website

The junction at Bath involved a reversal of direction for trains running through to and from the Midlands and the North of England, as Bath Green Park was a terminus station.

1875 As from November, the company's system was leased in perpetuity to the Midland Railway and the London and South Western Railway. The line is 92 miles in length. [3]

1885 a cut-off line between Corfe Mullen Junction and Broadstone opened and the Wimborne line became more and more of a backwater, closing as a through route in the mid 1930s but remaining as a long siding from the Corfe Mullen end for many more years to serve Carter's clay pits.

At first, the Midland maintained the engines and the LSWR the rolling stock, track and signalling. Eventually the rolling stock was divided between the two owners, leaving only the locomotives displaying the company name.

On grouping in 1923 the Midland was absorbed into the London, Midland and Scottish Railway, and the LSWR into the Southern Railway.

The S&DJR continued as a separate concern until 1930 when the remaining engines were taken in to stock by the LMS.

1958 a reorganisation of British Railways regional boundaries led to the S&D coming under administrative control of the Western Region during its final years.

Affectionately known as the 'Slow and Dirty', the line was the last to run regular steam services in the British Railways Western Region. The beginning of the end was as early as 1951 with the closure of the branch from Glastonbury to Wells.

In 1956 four of the smaller stations on the Dorset section of the main line were closed as an economy measure.

A further small closure affecting the S&D in 1965 of the Bournemouth West terminus station saw S&D trains in the last months starting from and ending at Bournemouth Central.

Finally, on 7 March 1966 the whole S&D line from Bath to Bournemouth – and also the Evercreech Junction to Highbridge line – was closed under the Beeching Axe and dismantled, except for four short sections; to Bason Bridge Creamery; Writhlington Colliery (accessed from the former Great Western line at Radstock until 1973); Blandford Station which remained open until 1969 for freight access; and Bath Junction to the Coop siding on the city outskirts.