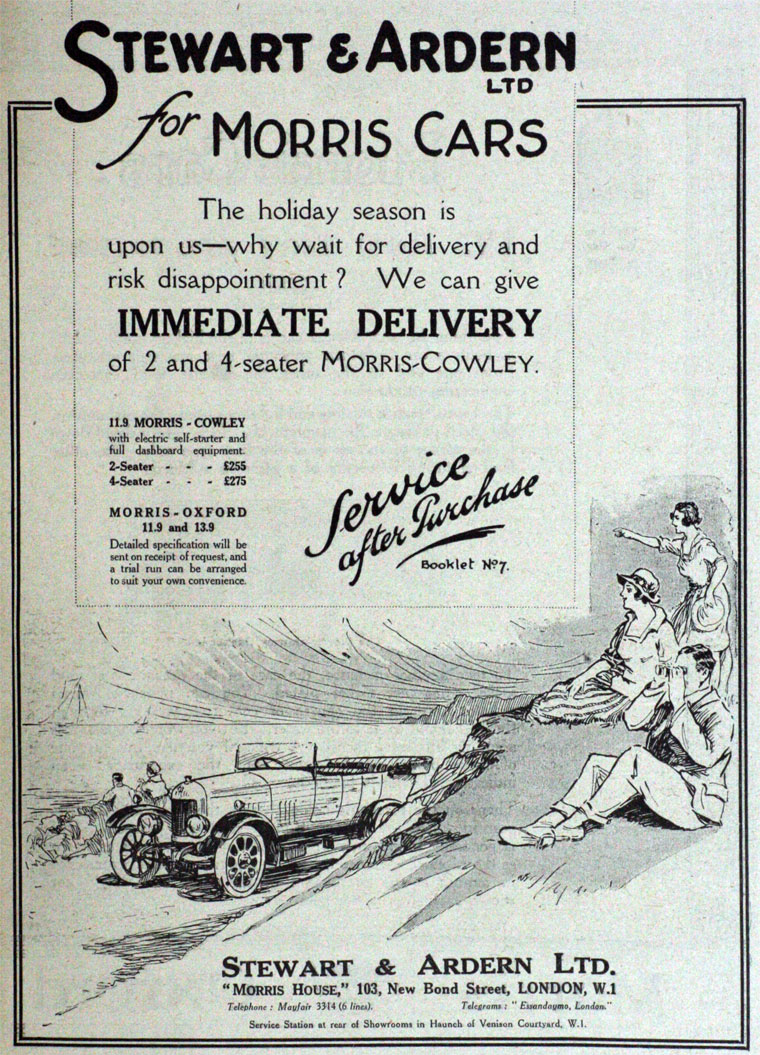 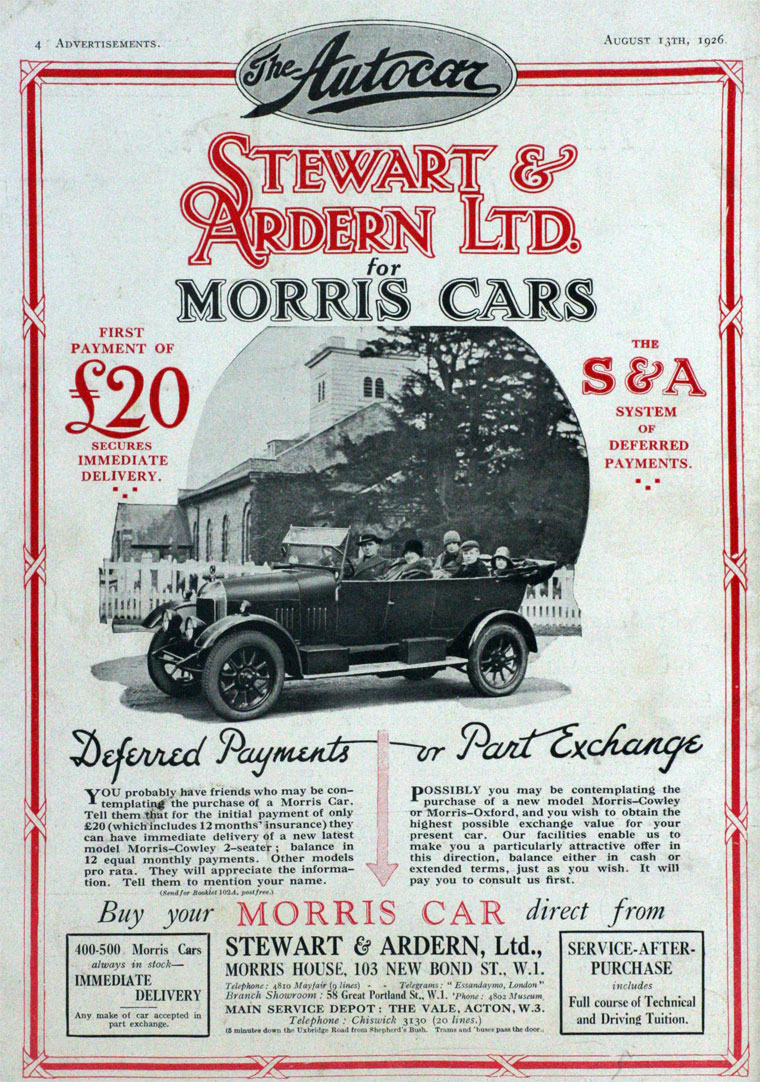 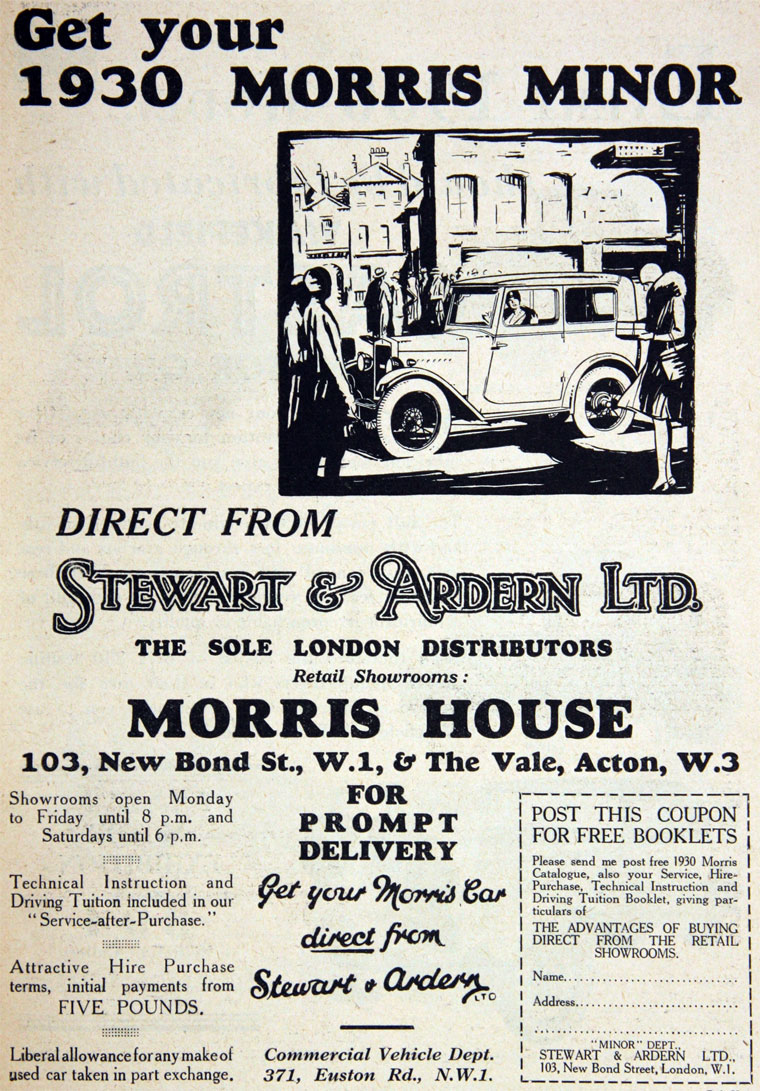 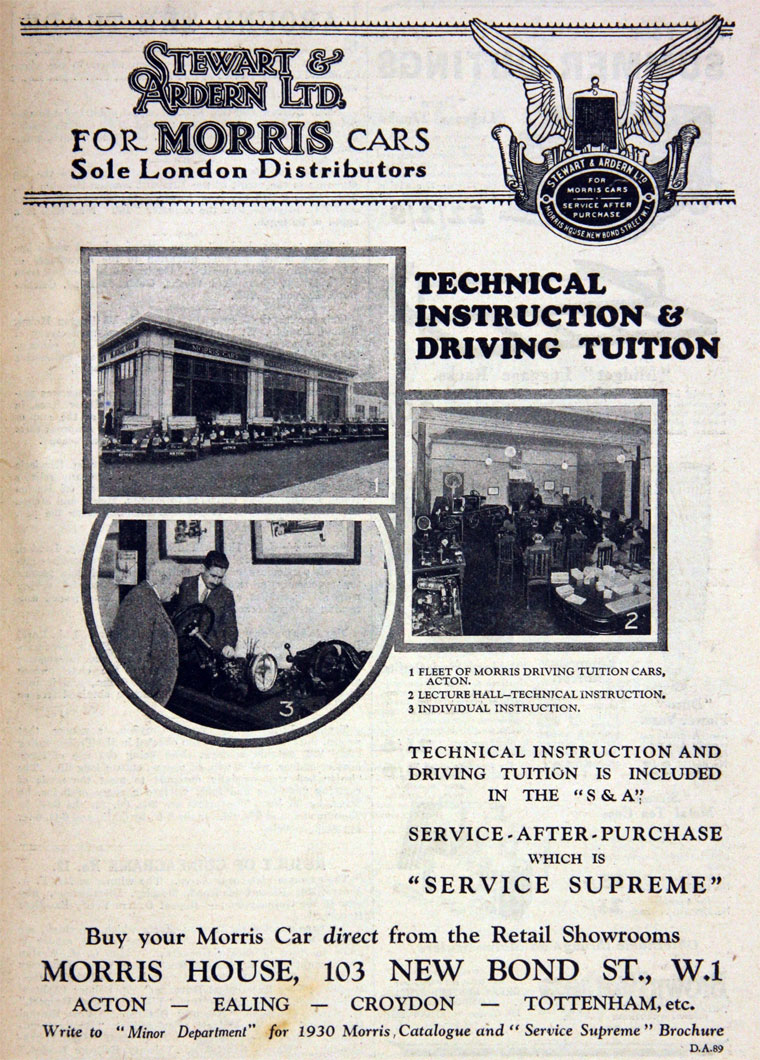 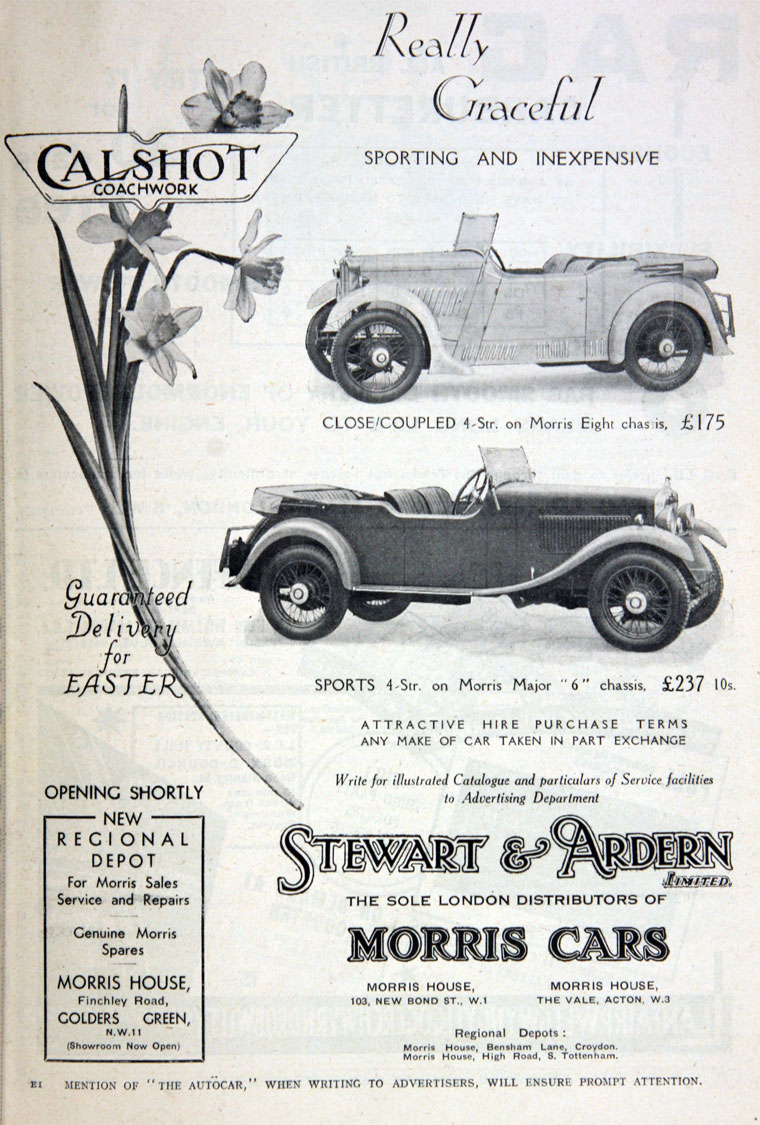 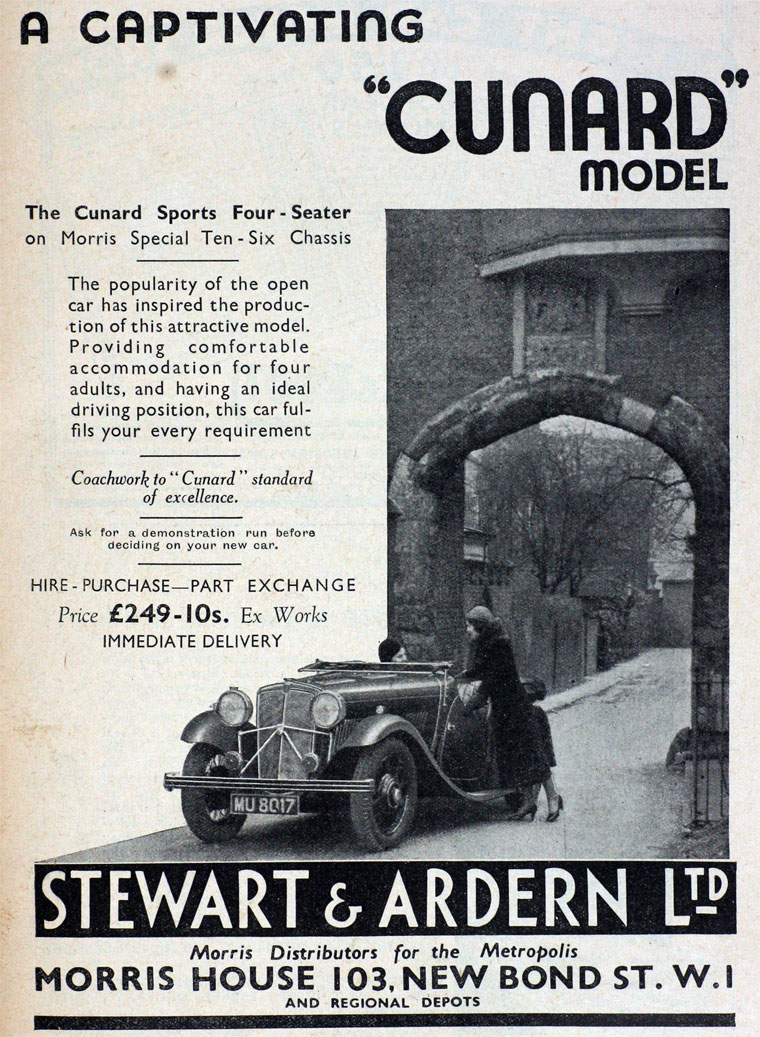 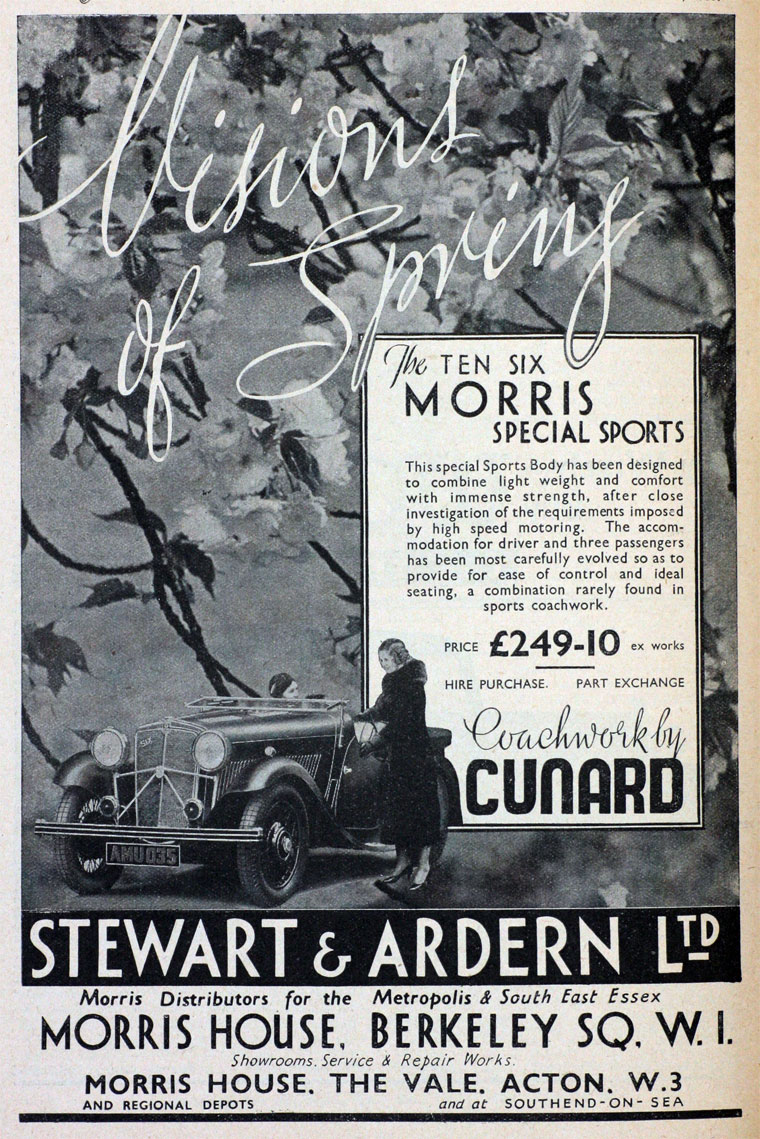 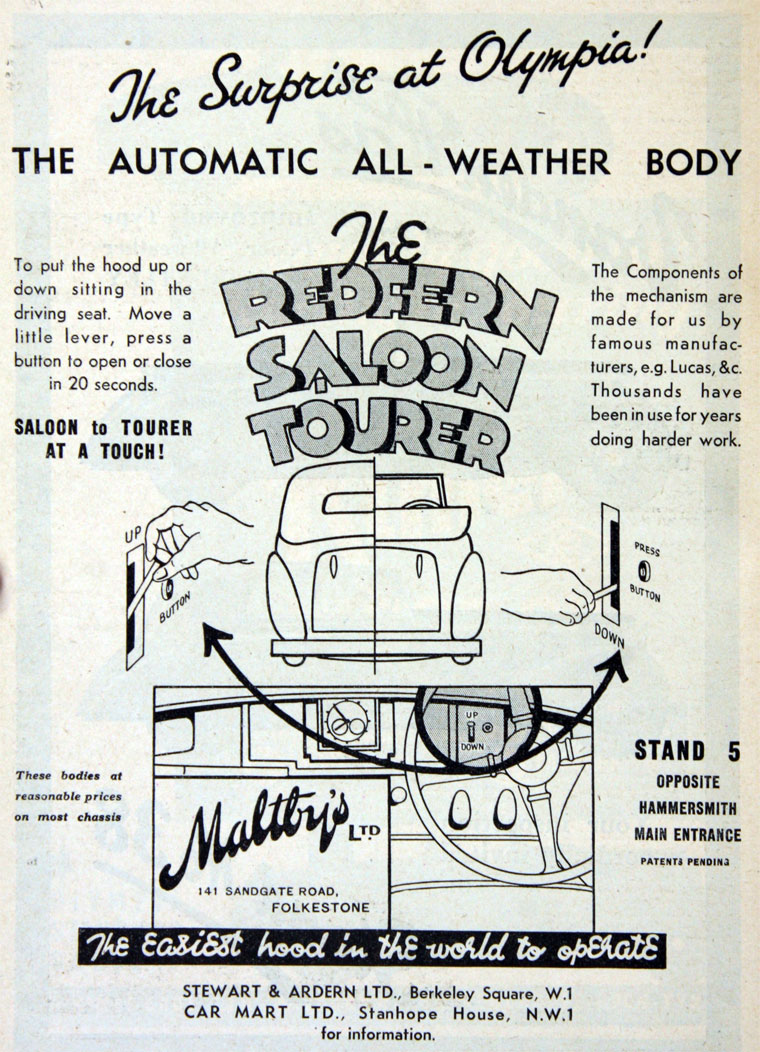 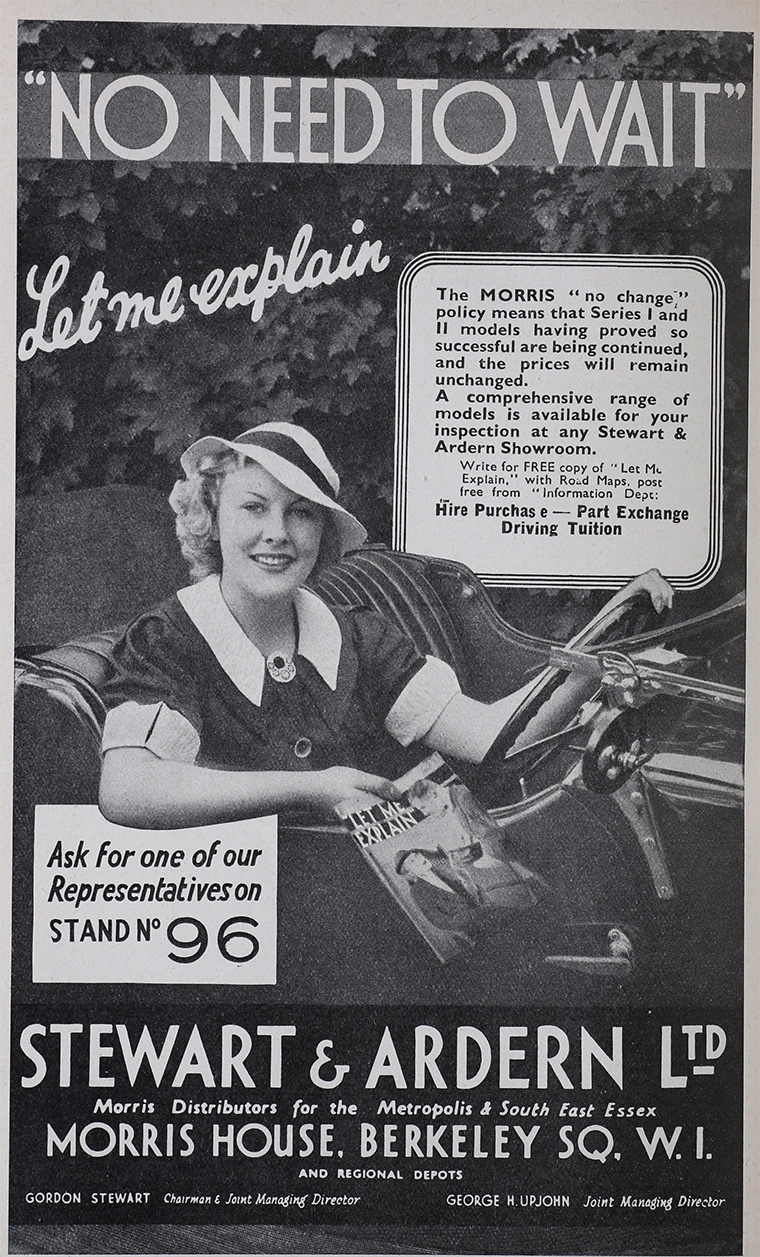 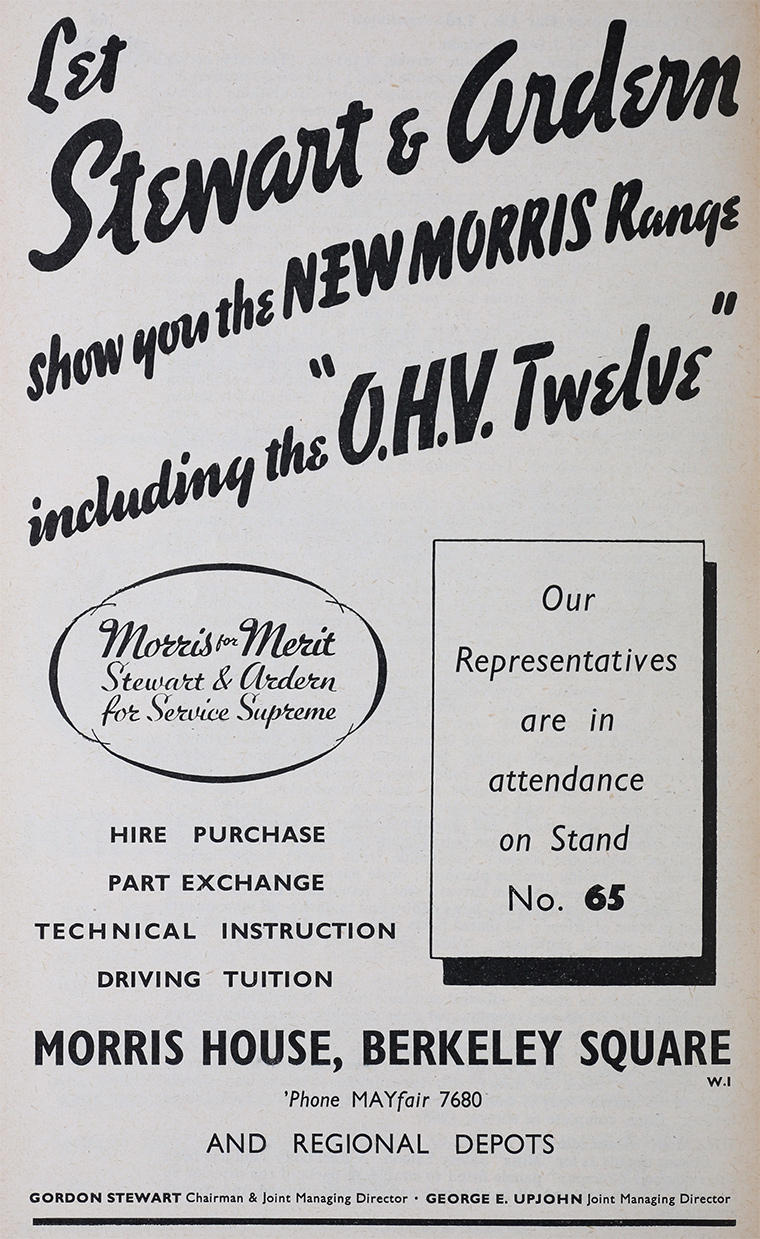 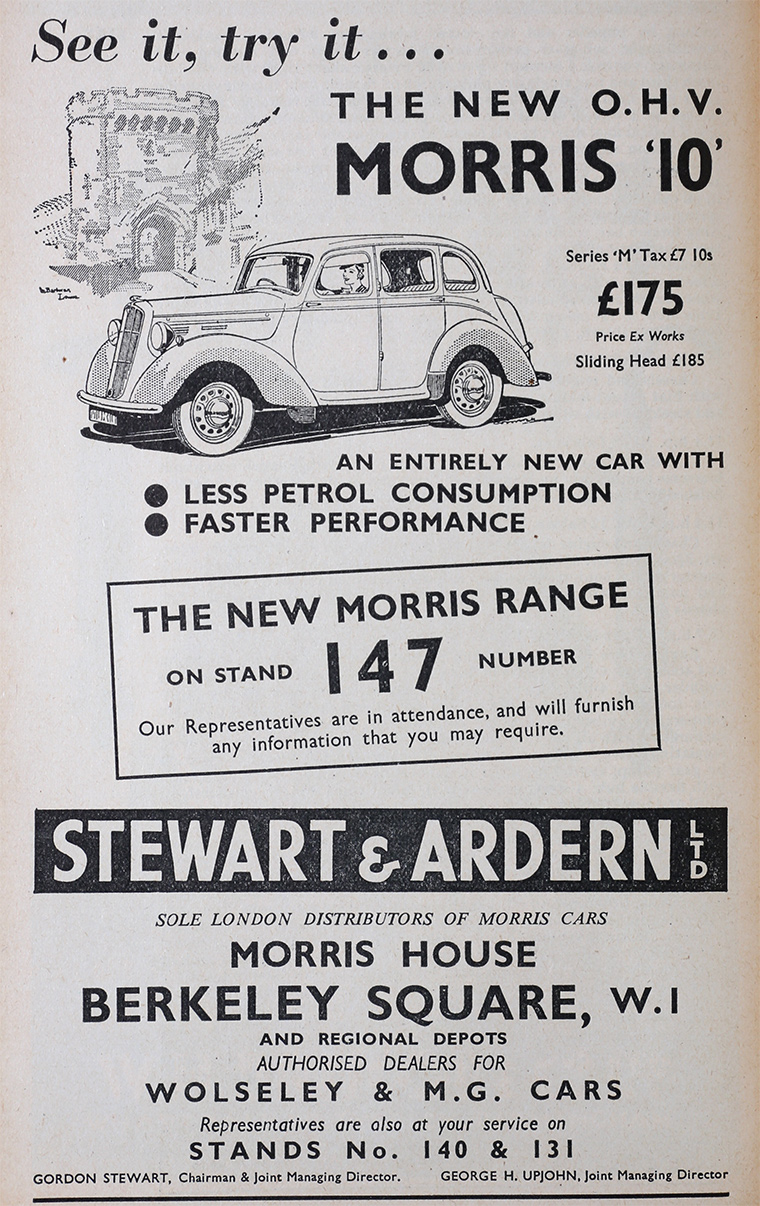 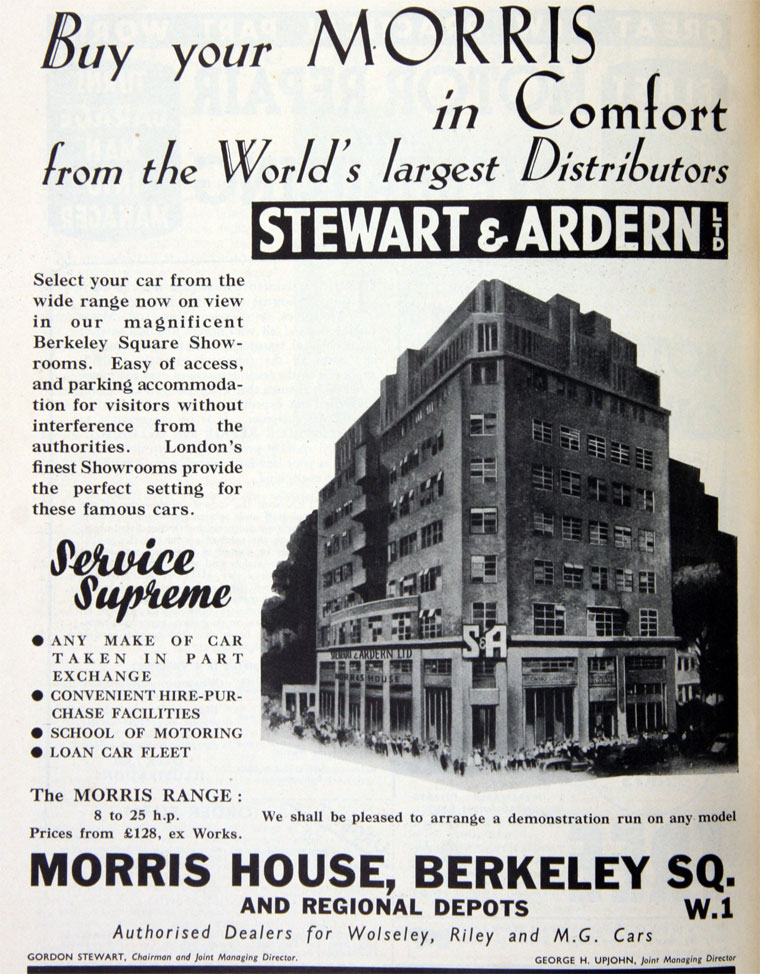 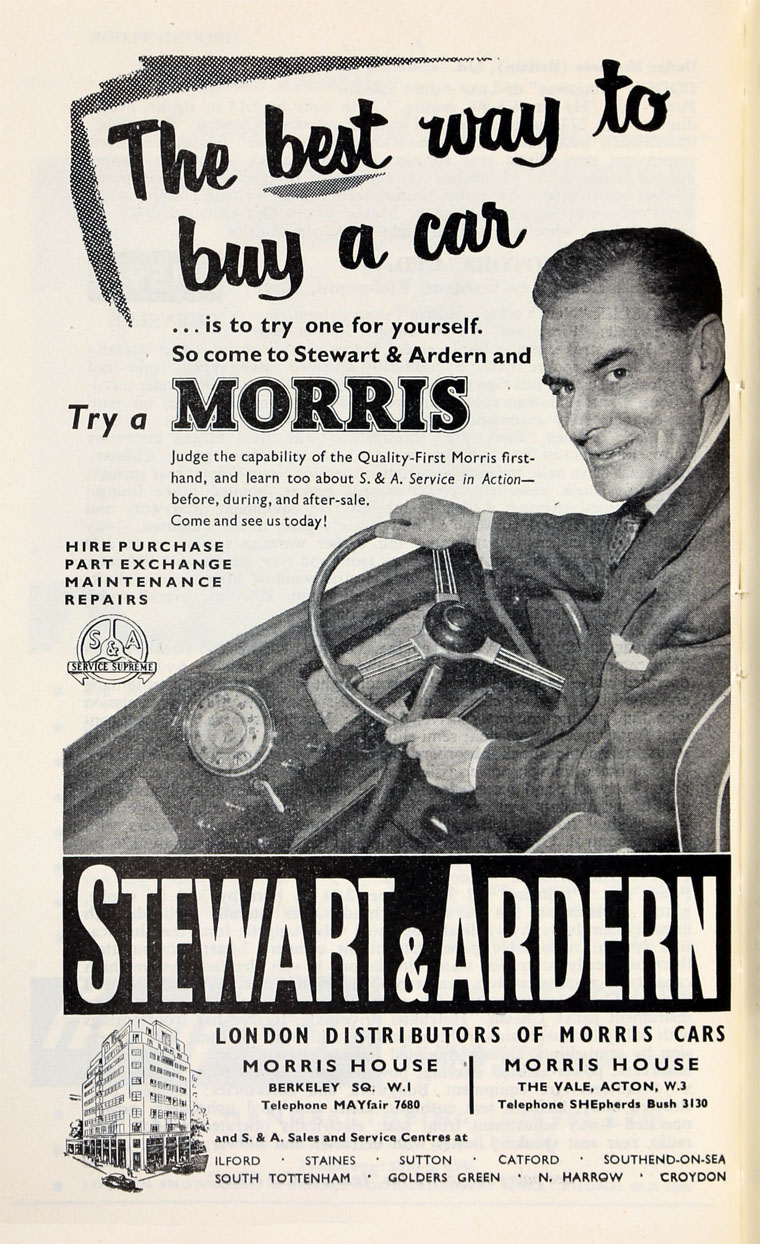 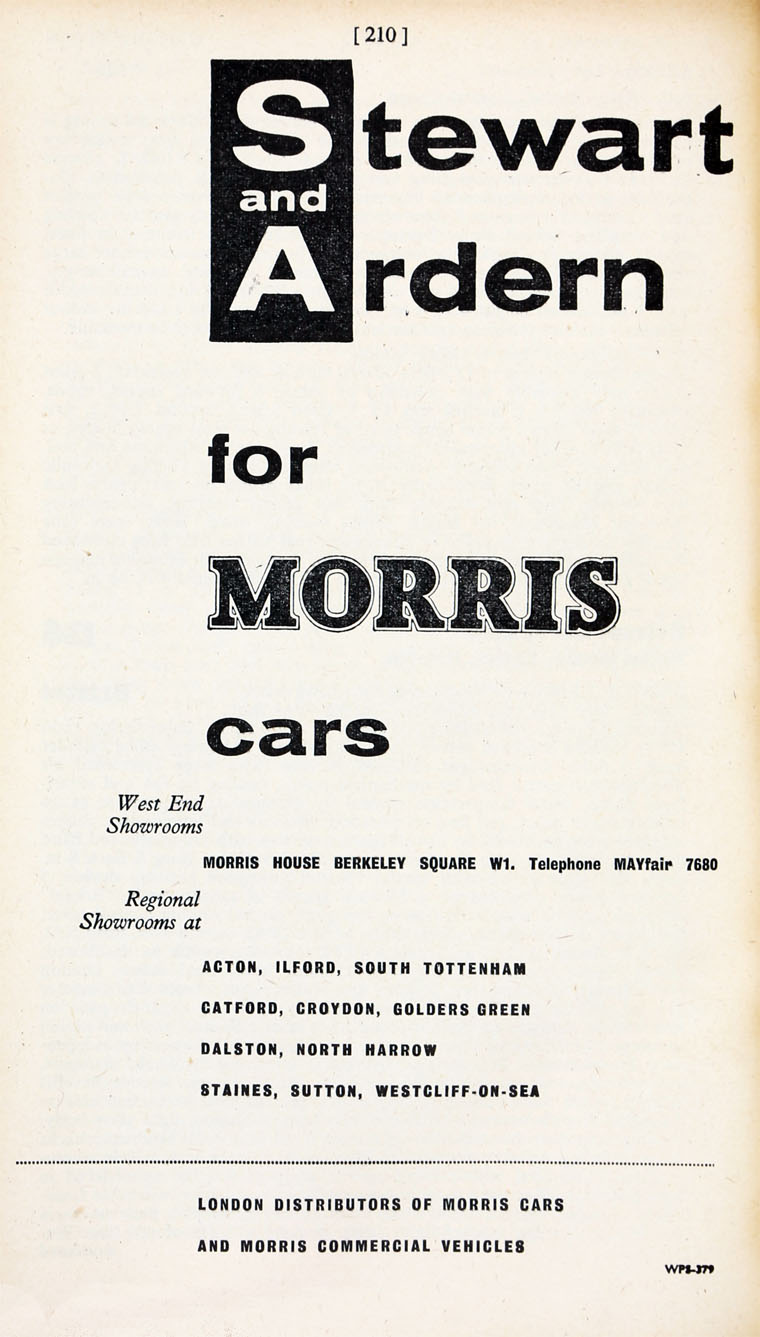 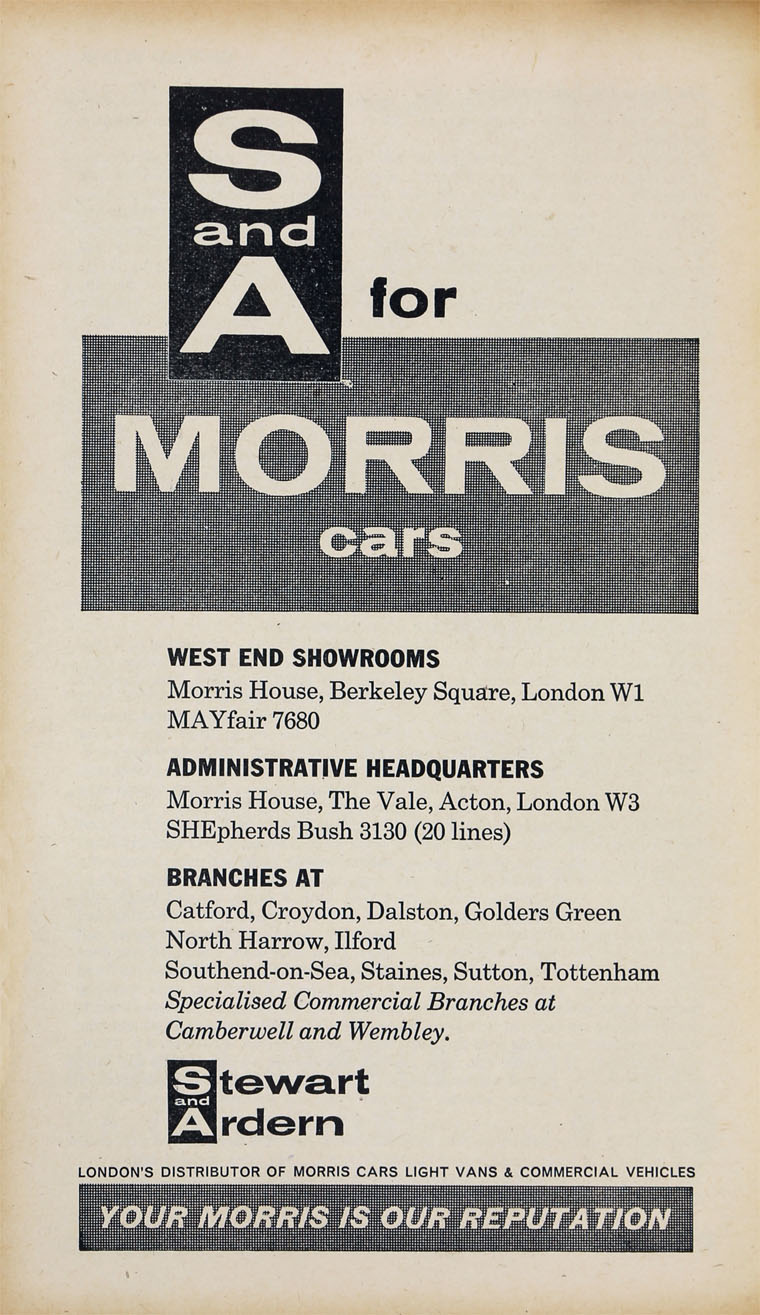 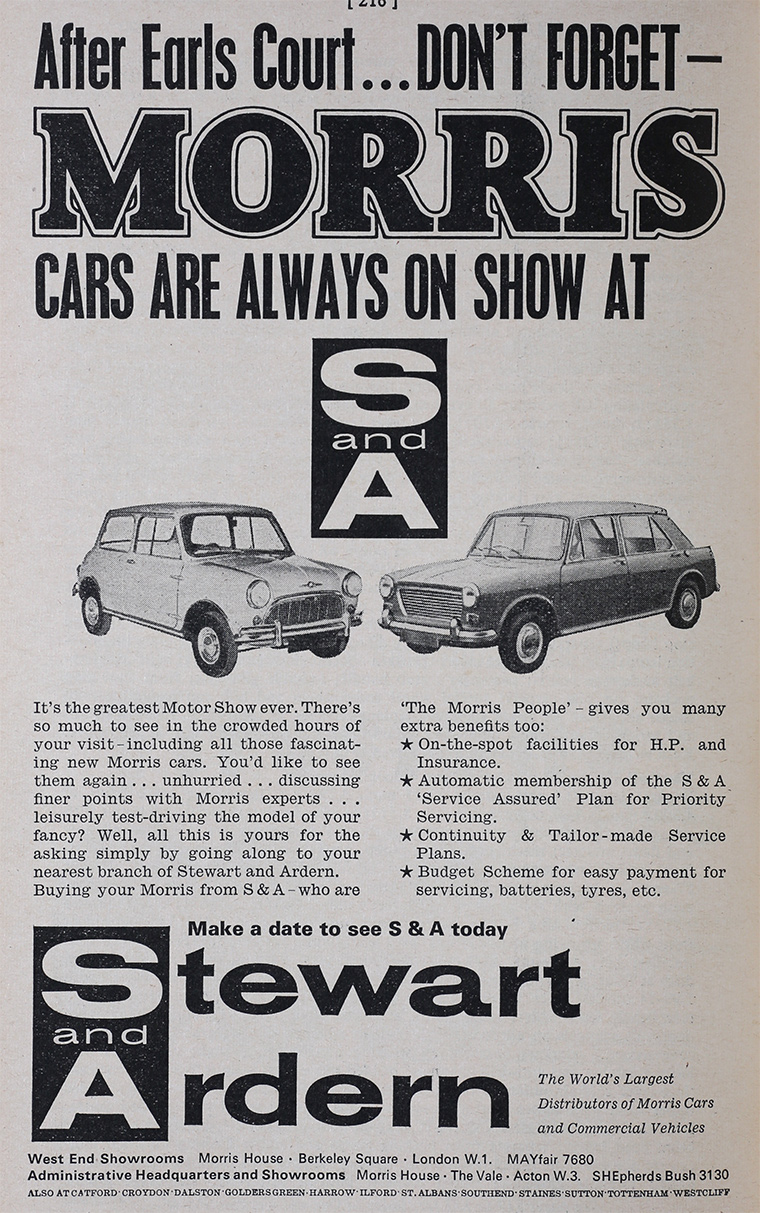 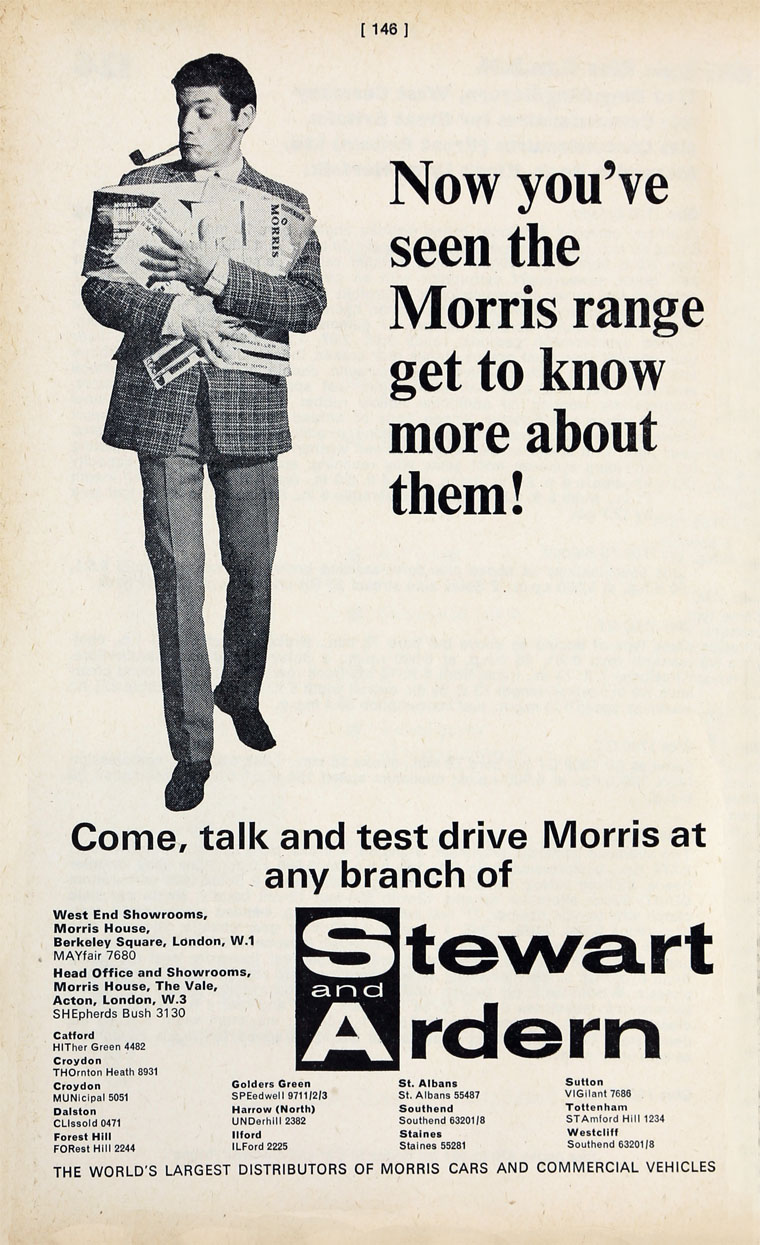 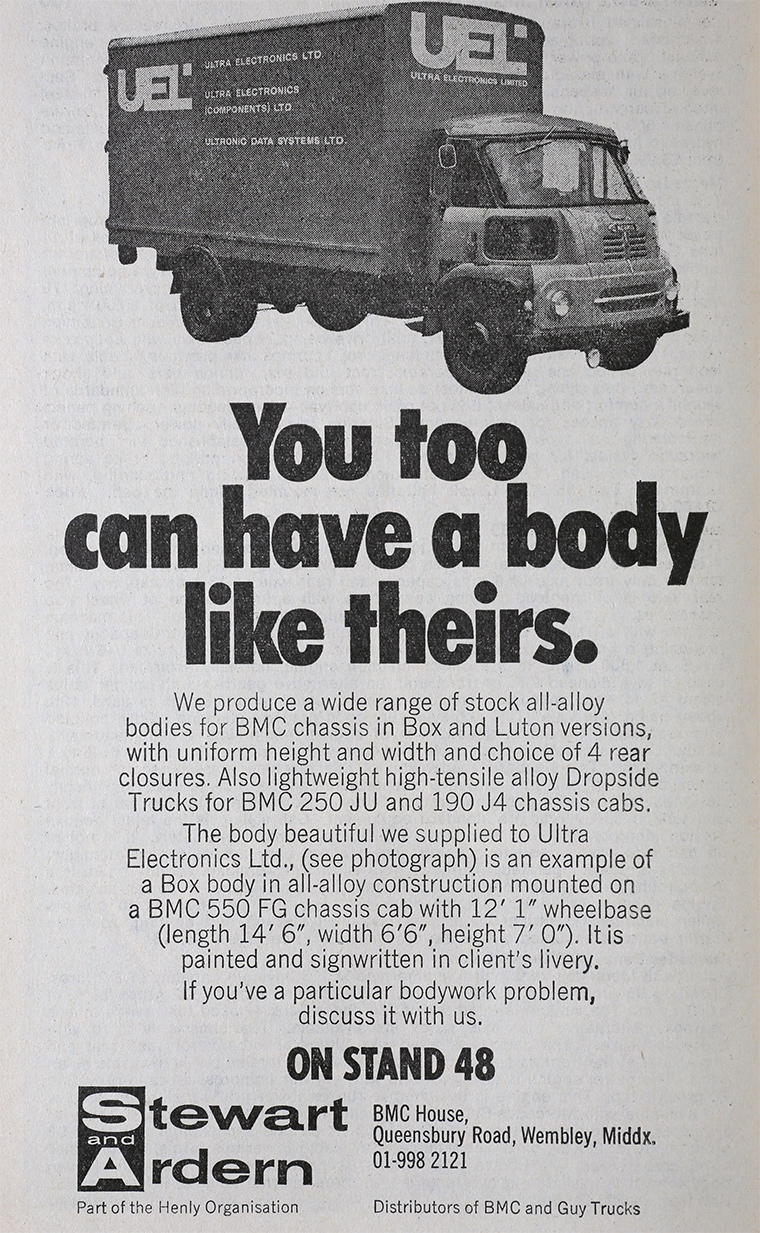 c1911 Gordon Stewart was the founder of the company with Lawrence Ardern after gaining a contract with William Morris to sell his cars in London.

1913 'Messrs. Stewart and Ardern, Limited, 18, Woodstock-street, Bond-street, W., a well-produced catalogue dealing with the Morris-Oxford light-car for which the company are the sole London agents.'[1]

1969 'After 43 years in Acton Vale. the motor firm Stewart and Ardern will move out on August 30 to more compact premises in Castelnau Road. Barnes. The large premises in Acton Vale have employed up to 200 people but since the takeover of Stewart and Ardern by the Henley organisation last year. some departments have gradually been dispersed throughout the group. A spokesman for Stewart and Ardern said on Tuesday that 99 per cent of the staff employed at Acton would be moving over to Barnes. and there would be no question *of redundancies. The move was all part of the general streamlining since the takeover. he said Bayliss will be taking over at Barnes. It is likely that the premises in Acton Vale will be sold to an electronics firm'.[3]