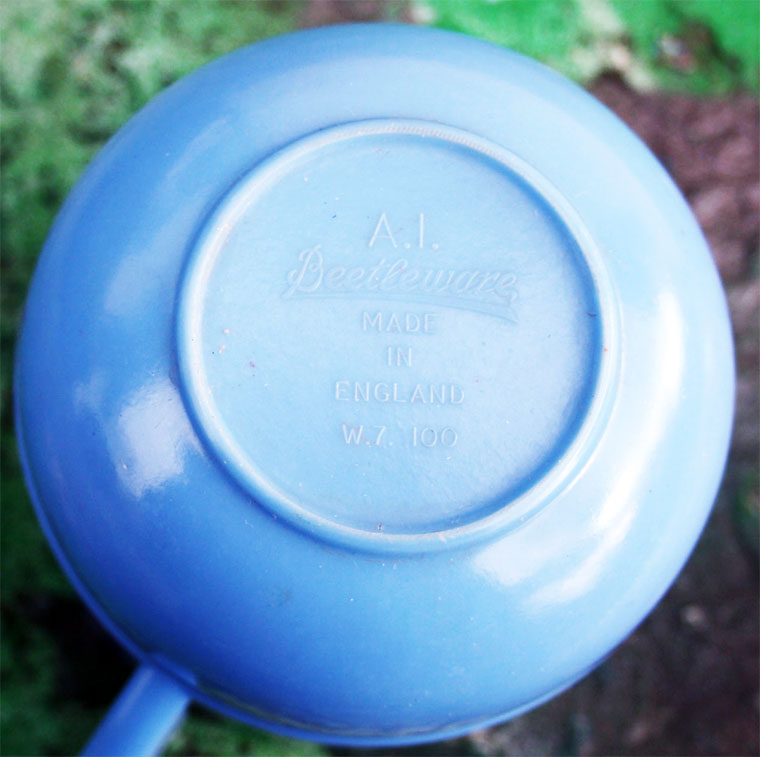 1926 Harrods was persuaded to give space in its Knightsbridge store for a display of moulded phenolic tableware called Banda Ware. This tableware, together with other mouldings by the Streetly Manufacturing Co (SMC) and Thomas De La Rue and Co, was featured in a display that opened towards the end of November. This attracted so much interest that, after ten days, Harrods asked Beetle Products Co to install an additional stand on the ground floor, followed soon after by a third in the stationery department.

1929 Already a customer for British Cyanides Co's moulding powders, when SMC's owner died, Streetly Manufacturing Co was purchased by British Cyanides Co who had realised that ownership of a moulding factory would assist in the development and improvement of its new Beetle® moulding powders, providing first-hand experience of moulding performance under production conditions. Any complaints from other trade moulders that the new subsidiary might be a favoured customer were frequently counteracted by SMC’s production staff, claiming that BIP supplied them with all the trade rejects!

Under its new ownership SMC expanded and was consistently at the forefront in mould design, moulding techniques and quality standards.

1933 Patent - Improvements in distributers for powdered or granular condiments. [1]

1936 Advert. Two 'Ultimat' whisky pouring measures designed by A. H. Woodfull and moulded by the Streetly Manufacturing Co (for) Gaskell and Chambers. Body moulded in coloured Beetle urea formaldehyde, screw cap in 'Scarab' urea formaldehyde, and measure in transparent Beetle. An example of a very early transfer compression moulding, and the winner of a British Plastics Design Award in 1937.

1936 The name of British Cyanides Co was changed to British Industrial Plastics.

1936 Unable to recruit the highly skilled toolmakers needed to machine and build precision moulding tools at the Streetly Manufacturing Co in the Staffordshire countryside, the BIP board decided to set up a second manufacturing subsidiary, B.I.P. Tools, as its own tool making company. SMC’s toolroom and its works manager were moved to a purpose-built factory on a green-field site close to Birmingham. Refined mould design techniques produced better mouldings and B.I.P. Tools was created to employ those techniques in designing and producing the moulds. In addition to producing the moulds needed by SMC, B.I.P. Tools also supplied others in the industry.

1938 Colfast Buttons, an associate company, was created from the purchase of button moulder Croydon Plastics and that plant was moved to Streetly Works. Improved production methods were developed and a major buttons distribution operation set up.

SMC was always equipped with the latest moulding presses and had the capacity to produce some of the largest moulding in the UK. Its output ranged from buttons to radio cabinets and included tableware, chess sets, even ashtrays for the RMS ‘Queen Mary’. Its reputation as one of the most capable moulders in the country attracted work from household names such as Chad Valley, Yardley Cosmetics, Vent Axia, Remington, Black and Decker, Jensen Cars, Salters, Cadbury and Midwinter.

WWII: SMC turned to the production of munitions. The need to increase output highlighted the limitations of even the latest moulding presses which, at the end of hostilities, led Managing Director John Beard to instigate the development of a new breed of moulding machine, the Bipel® press.

1943 Patent - Improvements in and relating to hydraulic moulding presses. [4]

1945 SMC set down a specification for an accurate, down-stroking, hydraulic press to meet their needs for plastic moulding, to replace the slow, water-powered presses which were reliant on skilled operators; existing manufacturers declined to supply the required machines. Having recruited an experienced team, a prototype was developed and 12 presses ordered from a Birmingham manufacturer.

1949 Building on the successful press development, BIP Engineering Ltd was set up to manufacture the Bipel® press. SMC replaced its 200 old presses with 68 of the new machines which were also exhibited at the 1951 Festival of Britain and sold to others. BIP Engineering went on to develop a variety of specialised machinery, such as presses to mould large battery boxes, rubber mouldings, a range of hydraulic pelleters, and thermoset injection machines.

Post War: with its three moulding shops equipped with Bipel® moulding machines, SMC became a showpiece for BIP Engineering receiving an average of almost 300 visitors per year, many of them competitors.

1971 A major plant expansion was undertaken for the manufacture of Bipel® presses.

1981 Turner and Newall sold BIP Engineering to its management