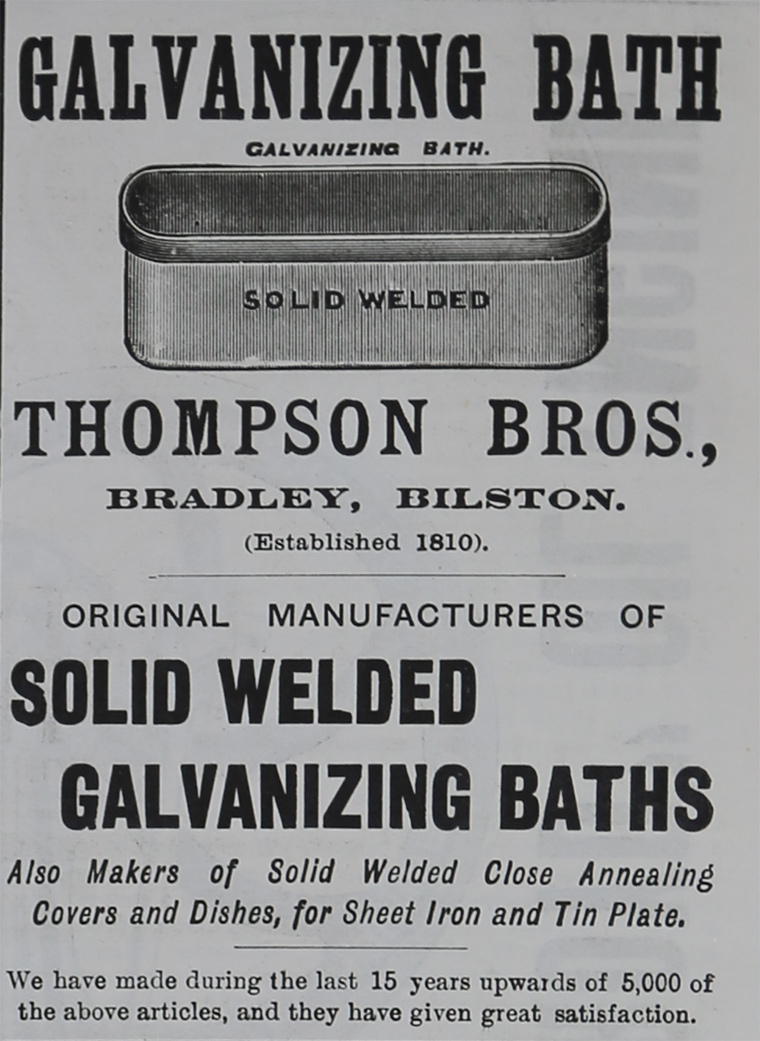 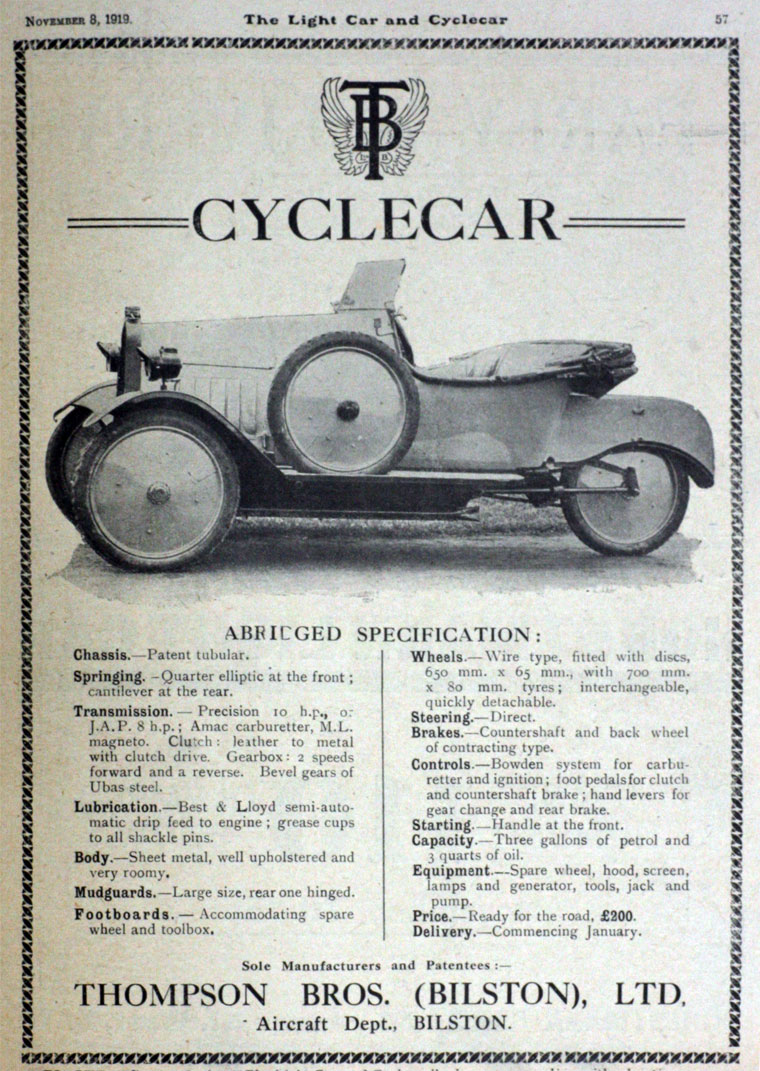 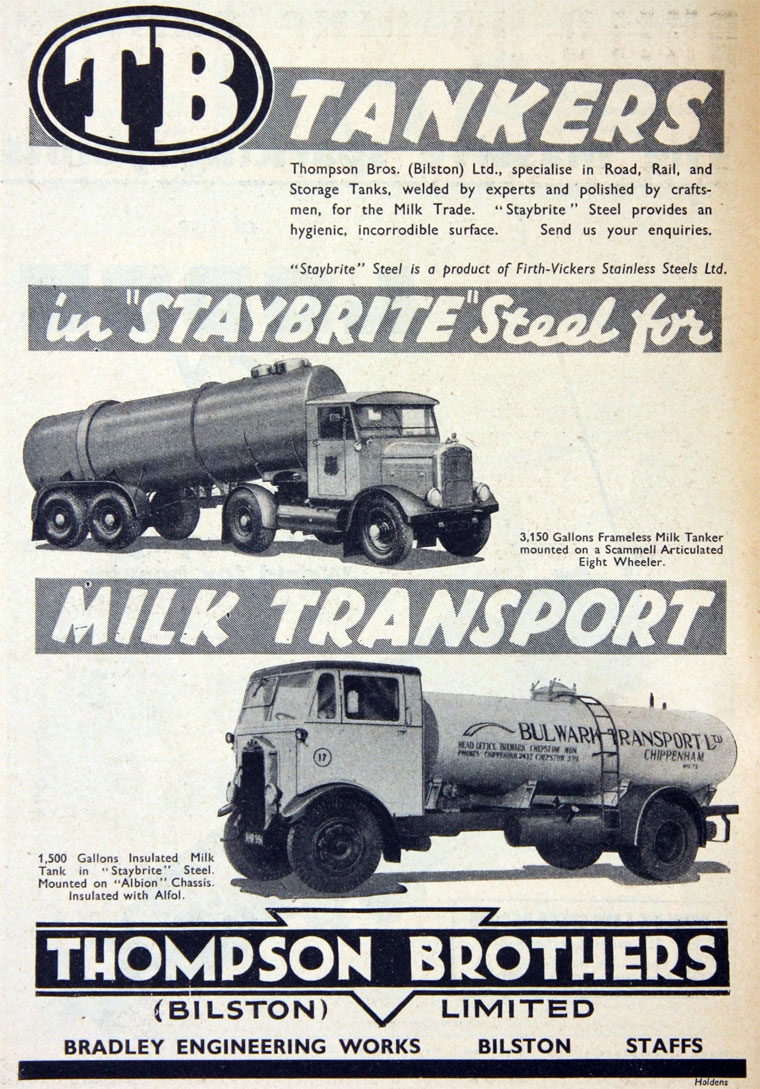 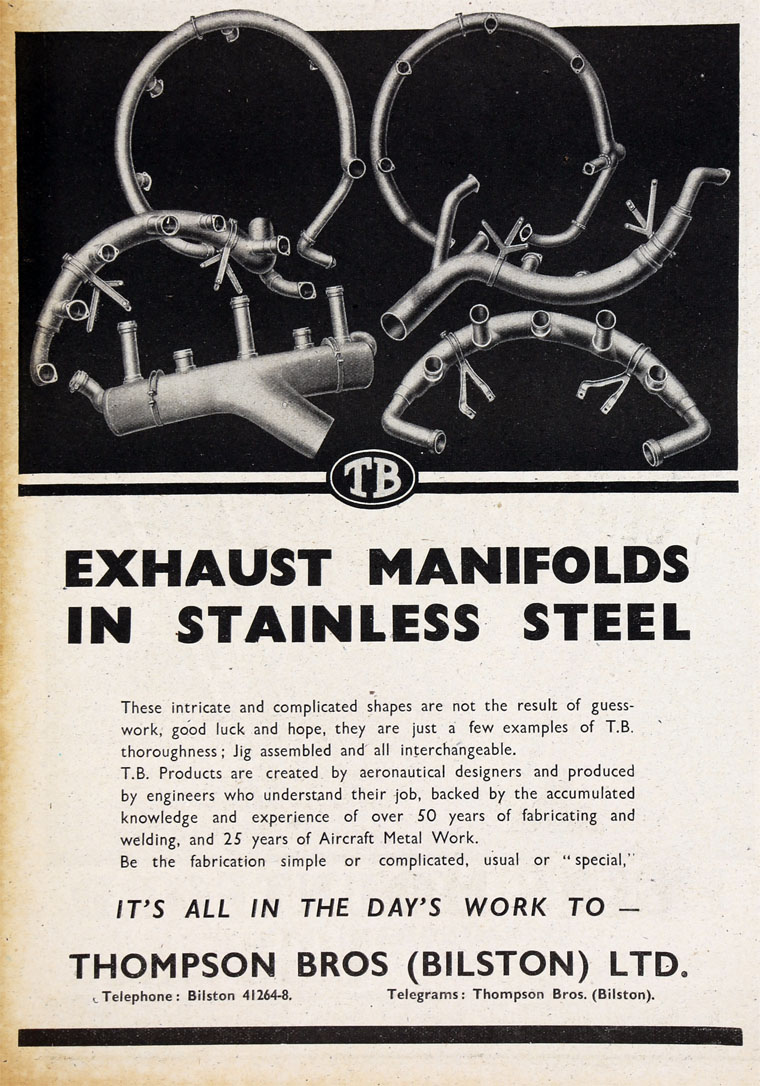 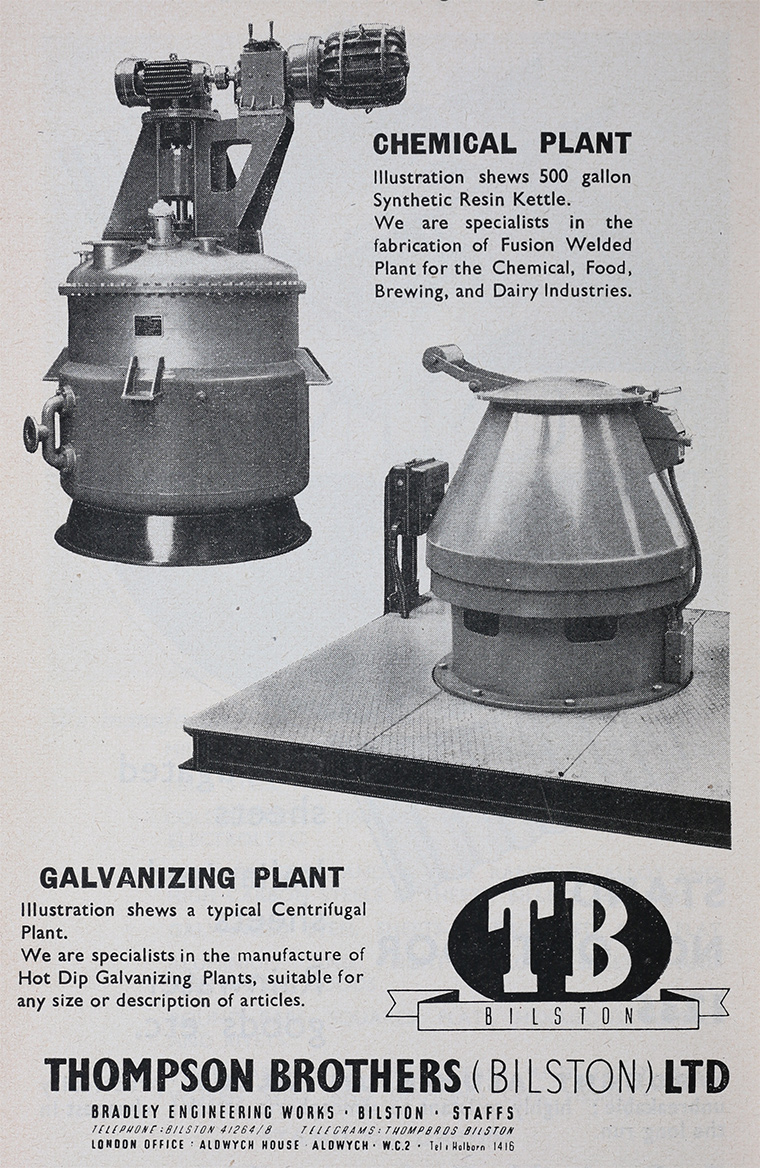 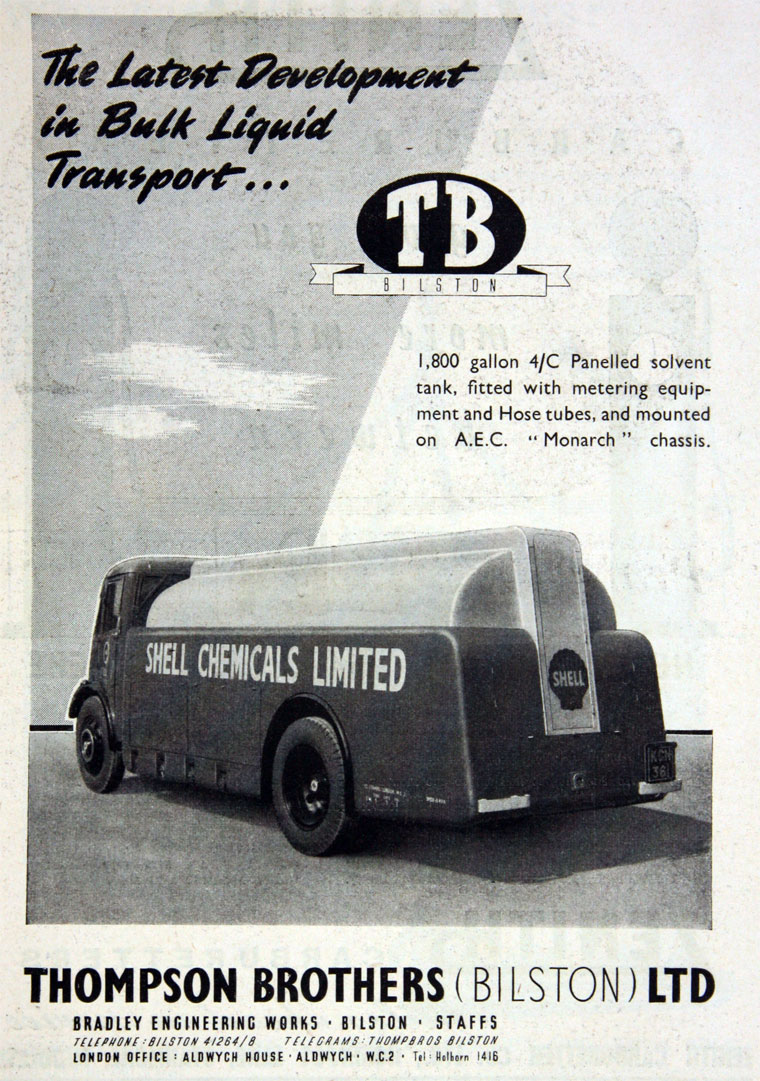 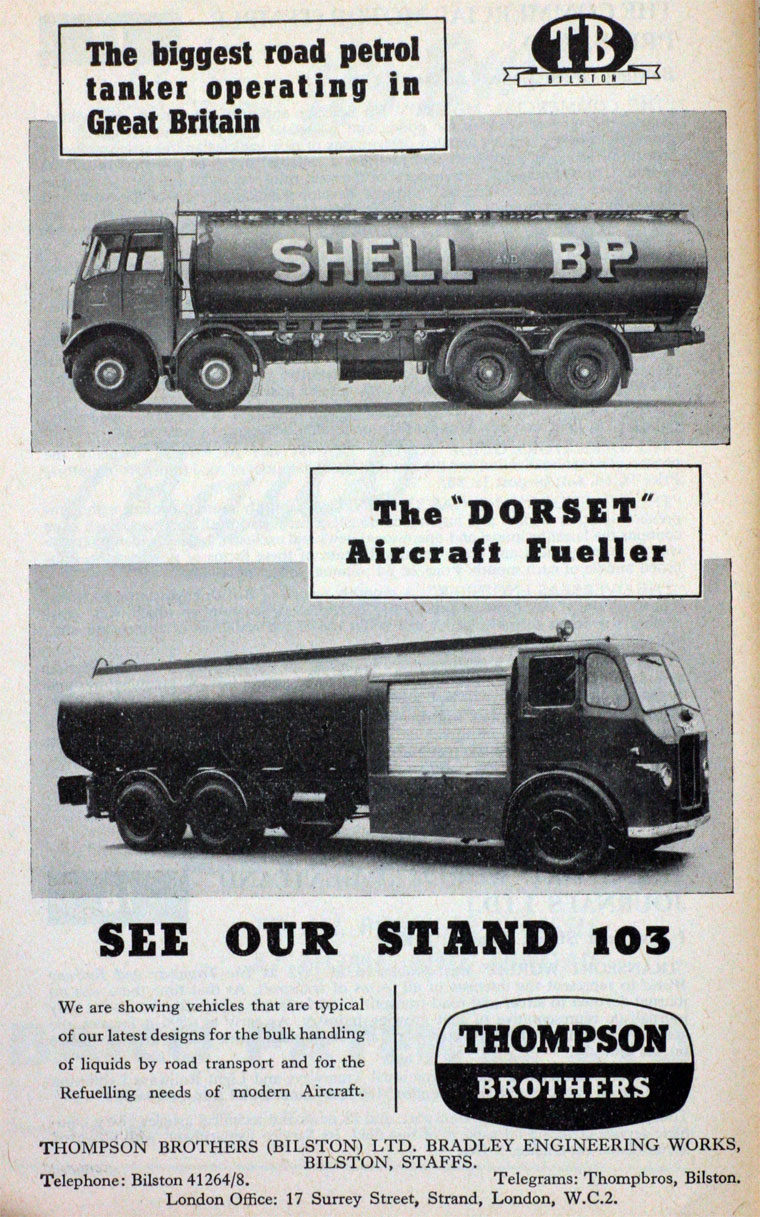 1956. Aircraft Refueller. Exhibit at the National Museum of Flight. 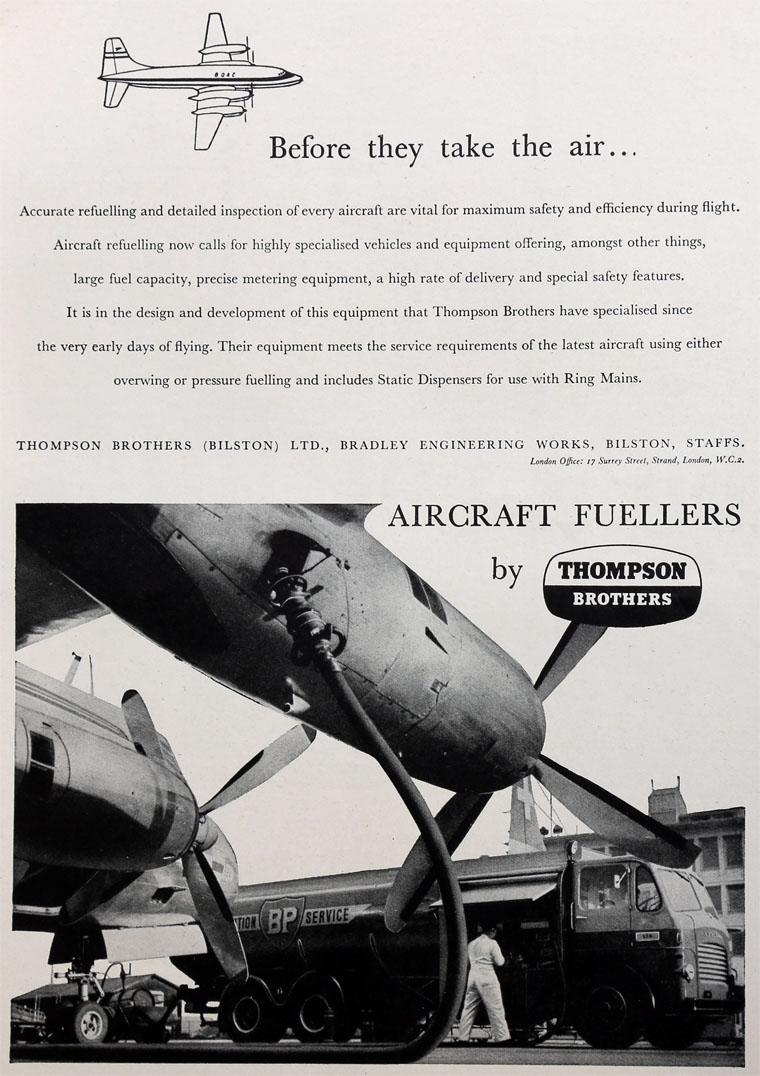 1937 Converted into a public company on 24 May [6]. The business had been under the management of Enoch Thompson and his sons, Frederick Stephen Thompson and Howard James Thompson (who were the current managing directors), for 55 years. The managing directors were said to be the 3rd generation in the business [7]. Business of engineering and steel plate fabrication. Very extensive business in steel tanks for road transport, stainless steel tanks and aircraft refuelling equipment. 67 acres of land at the works.