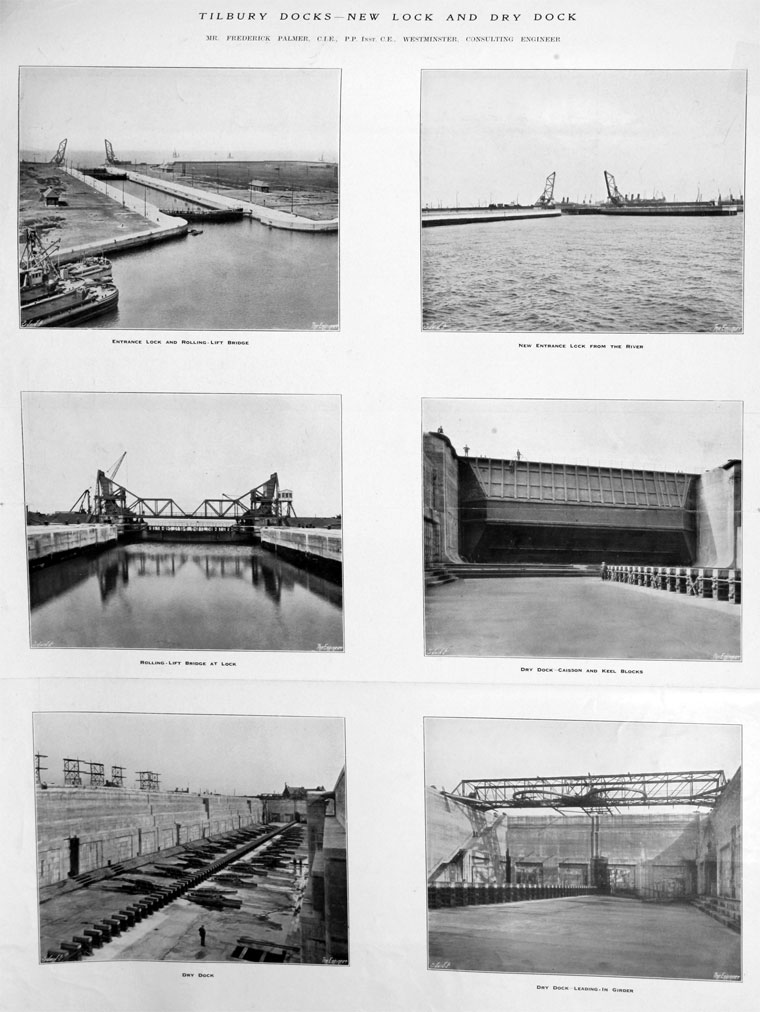 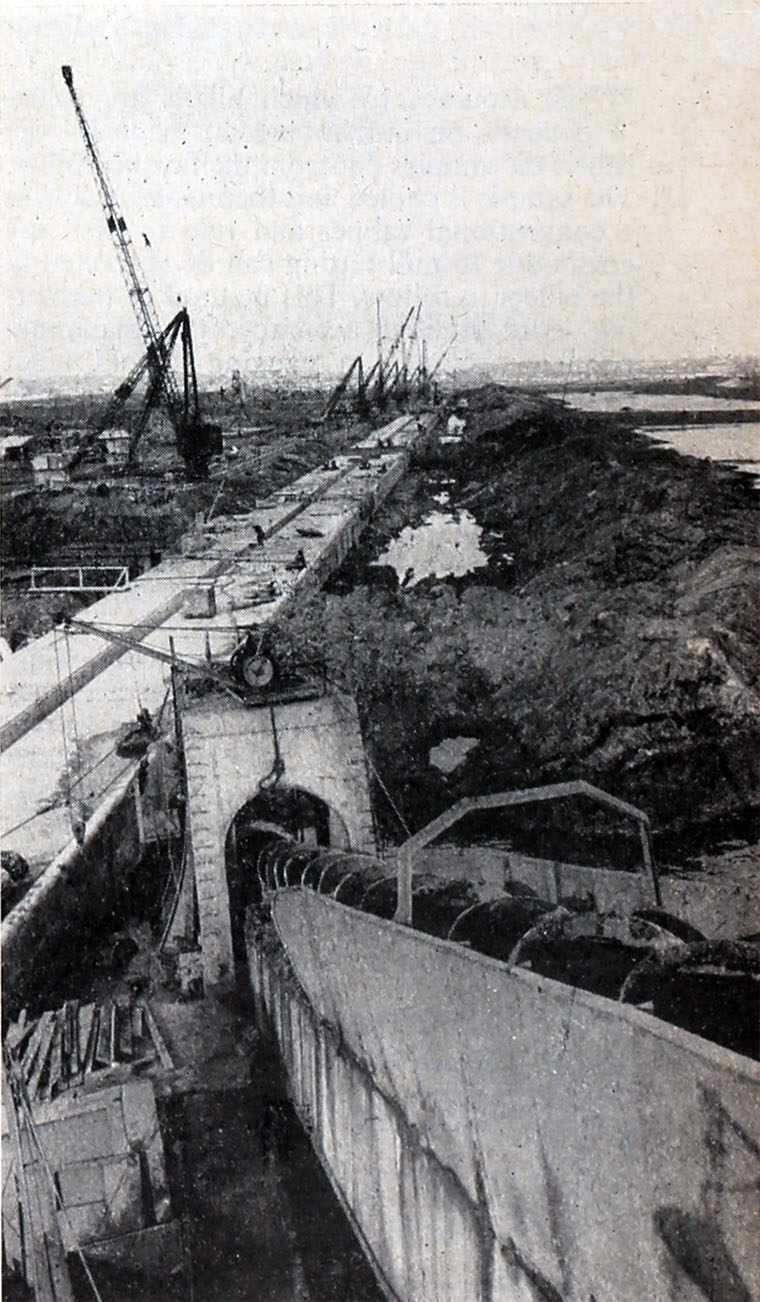 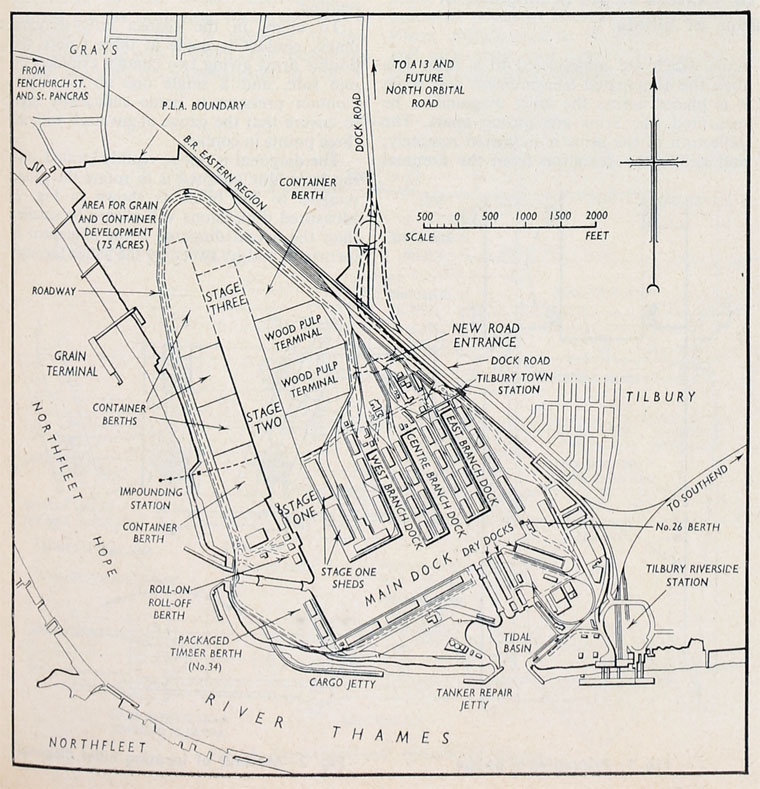 The Port of Tilbury is located on the River Thames at Tilbury in Essex.

The Port of Tilbury lies on the north shore of the River Thames, 25 miles (below London Bridge, at a point where the river makes a loop southwards, and where its width narrows to 800 yards. The loop is part of the Thames lower reaches: within the meander was a huge area of marshland which had, since Roman times, been embanked. Gravesend on the opposite shore had long been a port of entry for shipping, all of which had used the river itself for loading and unloading of cargo and passengers. There was also a naval dockyard at Northfleet. The new deepwater docks were an extension of all that maritime activity.

The original docks of London, all built close to the City, were opened in stages by what was to become the East and West India Docks Co (E&WIDC) at the beginning of the 19th century. With the coming of the railways and increasing ship size, location close to the centre of London became less important than access to deep water, unrestricted sites and reduction in time spent travelling up the winding Thames.

The Company had long been in competition with their rival, the London and St. Katharine Docks Co, and had been doing all it could to dominate it. The opening of the Royal Albert Dock, with its deepwater quayage, in 1880 had given access to the Thames at Gallions Reach, 11 miles by river below London Bridge and downstream of the then principal London docks. The E&IWDC were forced to respond.

In 1882, an Act of Parliament allowed the latter to construct the docks at Tilbury; work began a fortnight later, and the first vessel to enter the docks was on 17 April 1886. Its opening took place at the beginning of the steamship era, and its location soon proved to be the correct one.

The original dock consisted of a tidal basin on Gravesend Reach opposite Northfleet, connected by a lock to a main dock with three side branches named East, Central and West Branch docks. Between the tidal basin and Main Dock were two dry docks.

1894 The Tilbury Dock covered 588 acres; vessels could enter this dock at any state of the tide.

1909 Tilbury, along with the upstream docks, became part of the newly-established Port of London Authority (PLA).

During the 1960s, at the time when the upstream docks were closing, the PLA further extended the Tilbury dock facilities. Between 1963-1966 a huge fourth branch dock, running north from Main Dock for nearly a mile, was constructed. The tidal basin was closed and eventually filled in.

1969 a £6M riverside grain terminal on Northfleet Hope (at the time the largest in Europe) was brought into use. By the early 1980s Tilbury was the last set of enclosed docks in operation by the PLA.