Walker and Co (of Sheffield) 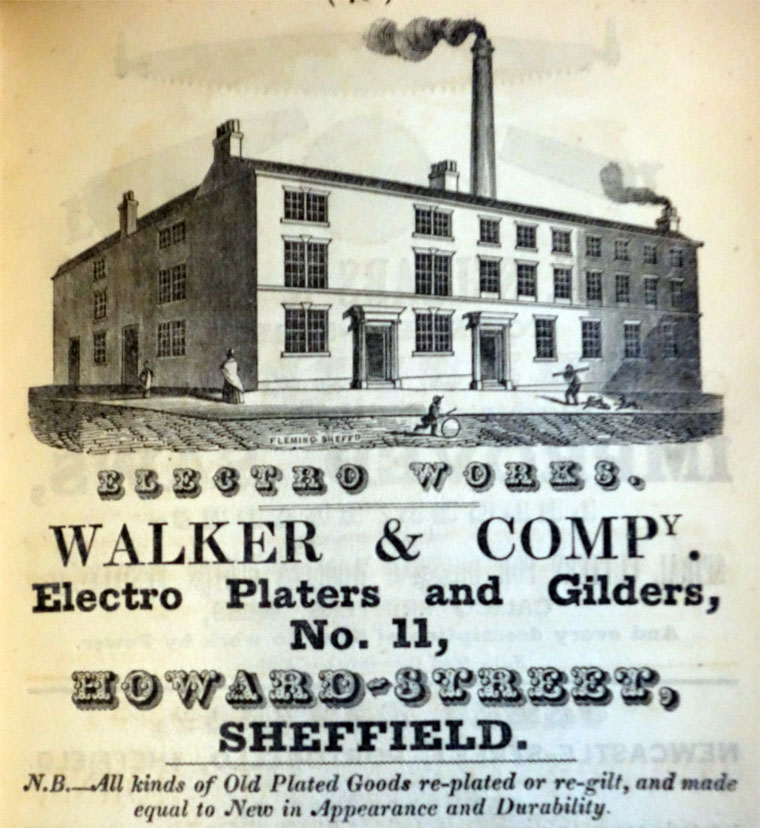 George Walker, of Sheffield, learnt the process of electroplating that had been invented by John Wright a surgeon in Birmingham, and patented by George Richards Elkington. With support from his relation Samuel Coulson he formed a business to electro-plate articles in silver[1]. Other early partners included William Robson.

1848 Partnership change. '... the Partnership heretofore subsisting between the undersigned, George Walker, Samuel Coulson and William Robson, as Electro-Platers, and carried on at Sheffield, in the county of York, under the firm of Walker and Co. was, so far as concerns the said William Robson, dissolved by mutual consent as on the 22th day of November last.'[4]

1853 Walker and Hall company was founded at the same address.