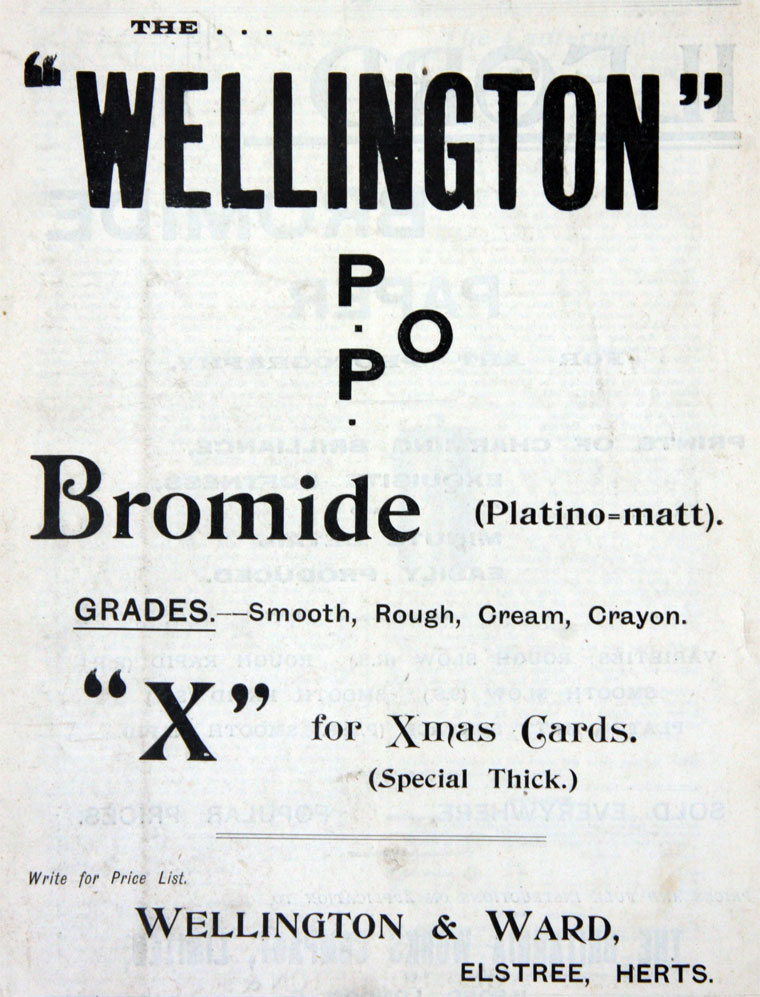 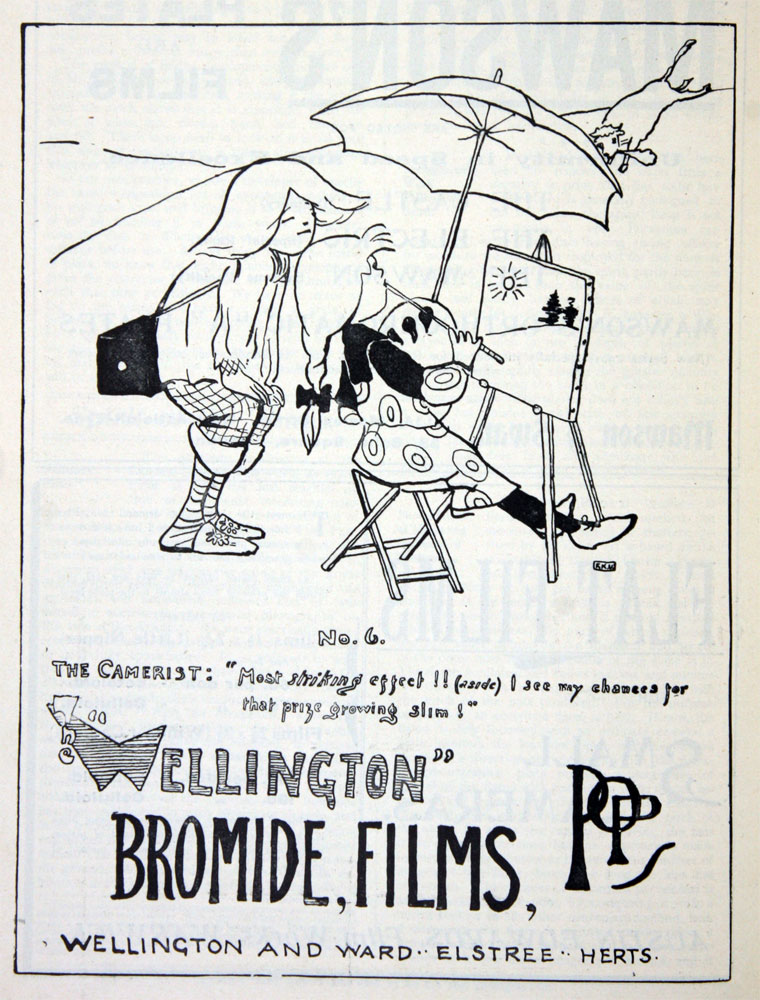 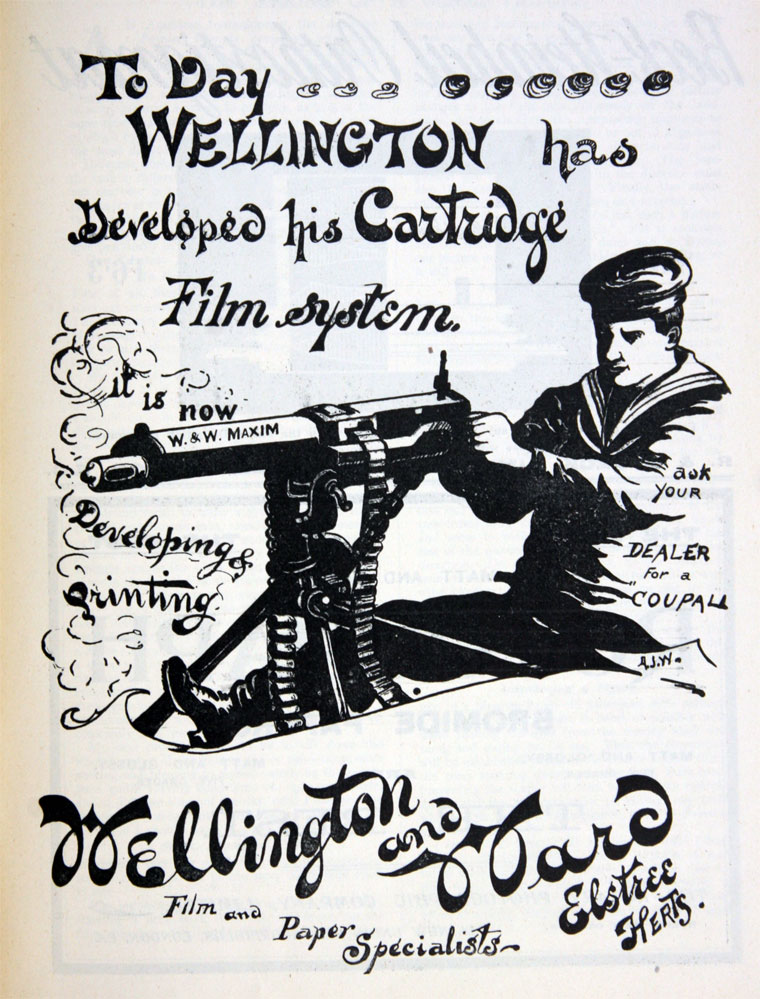 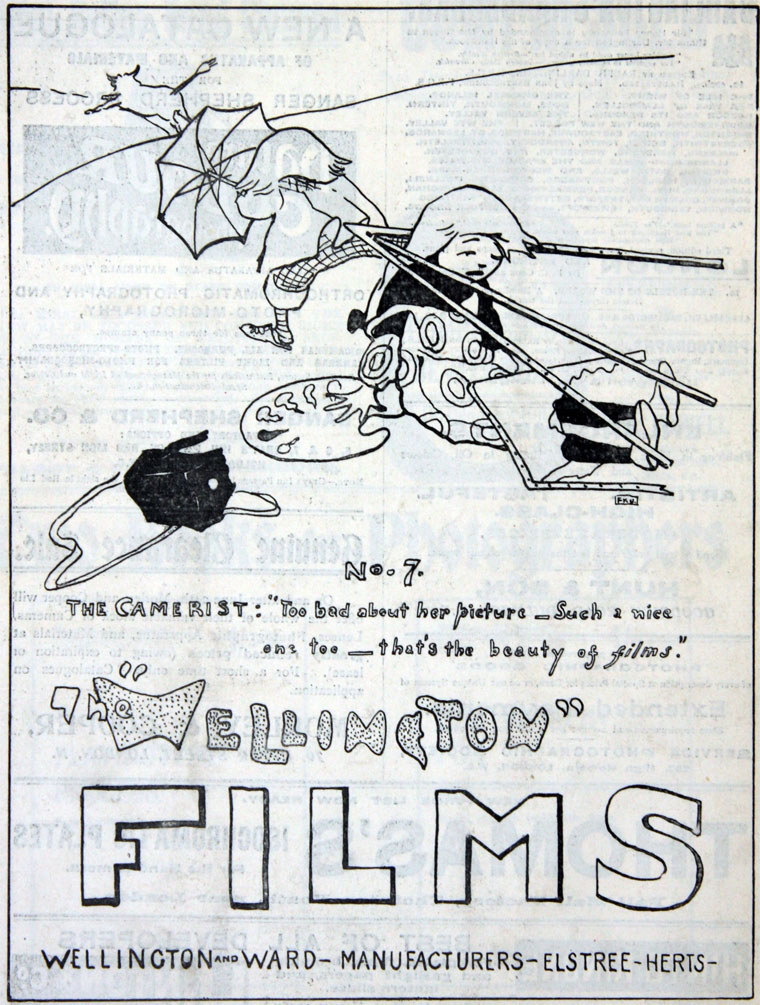 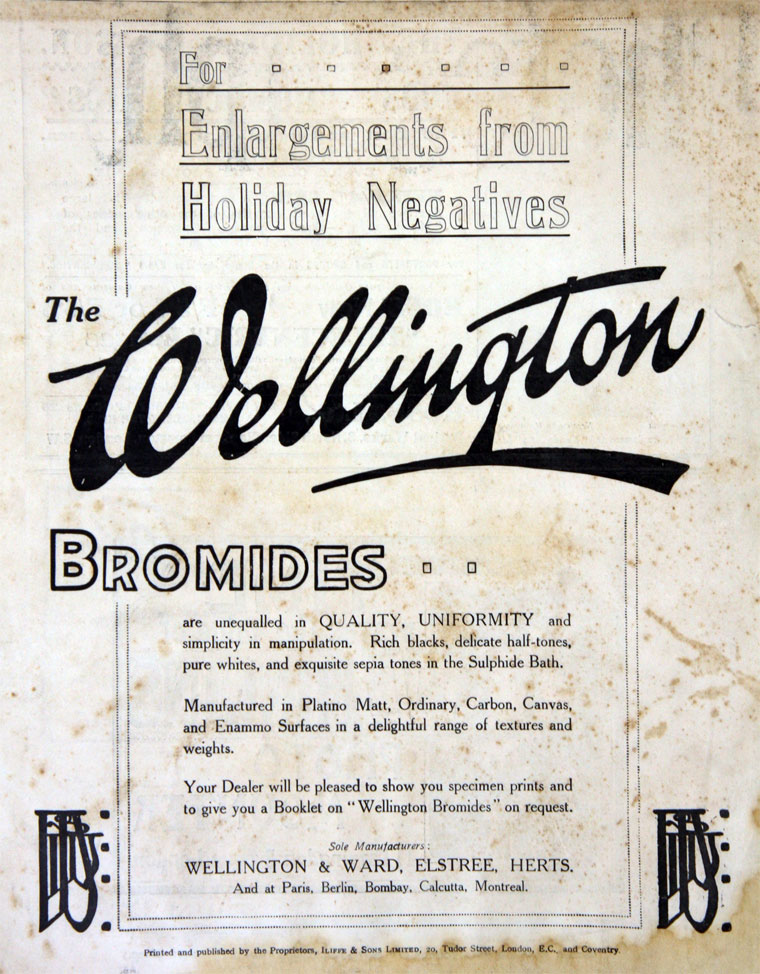 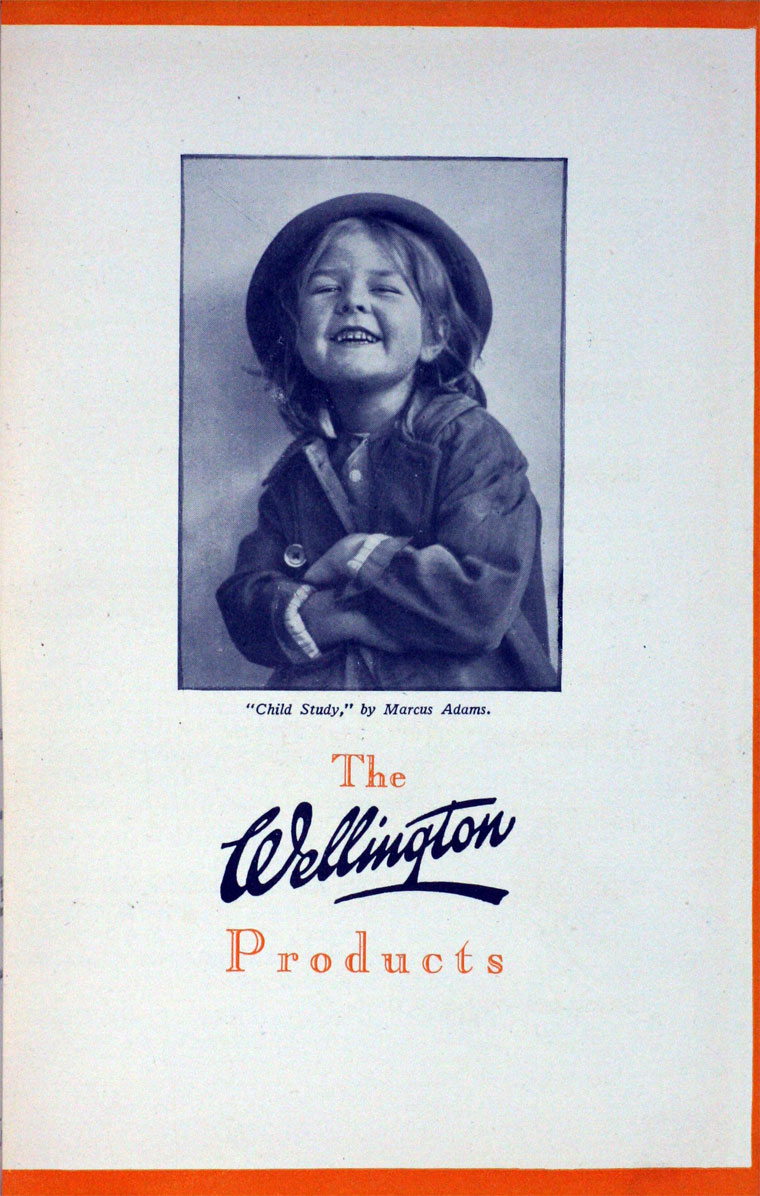 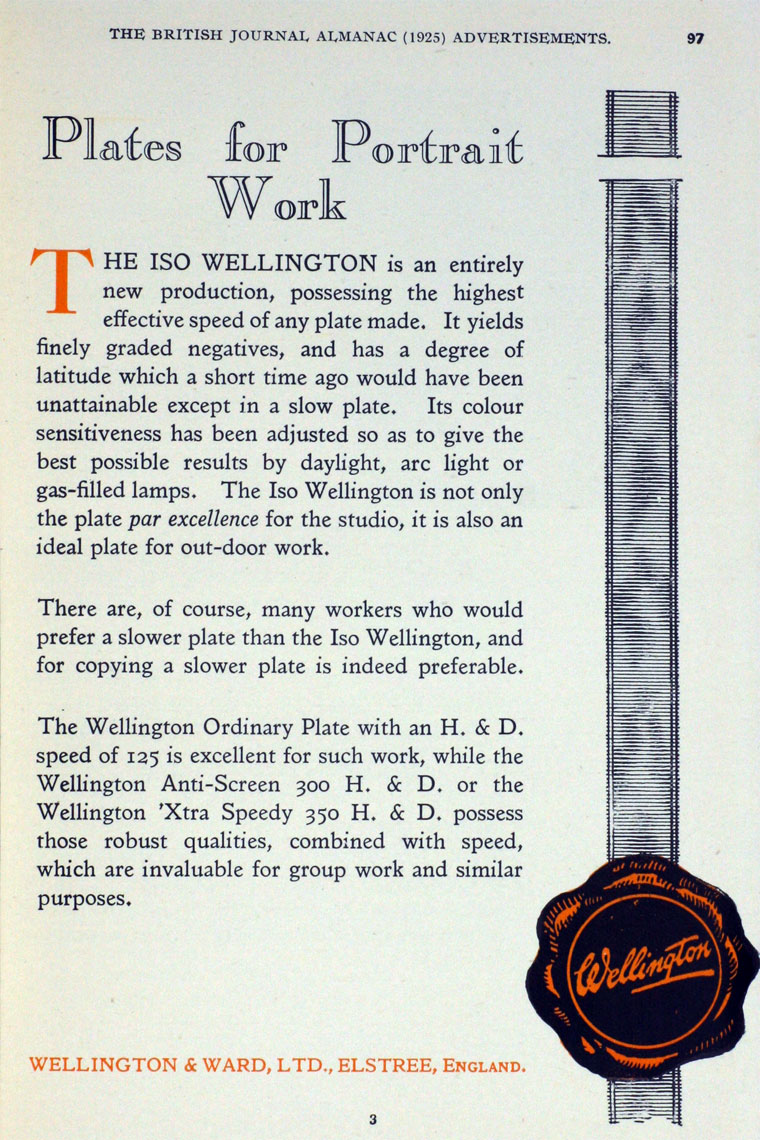 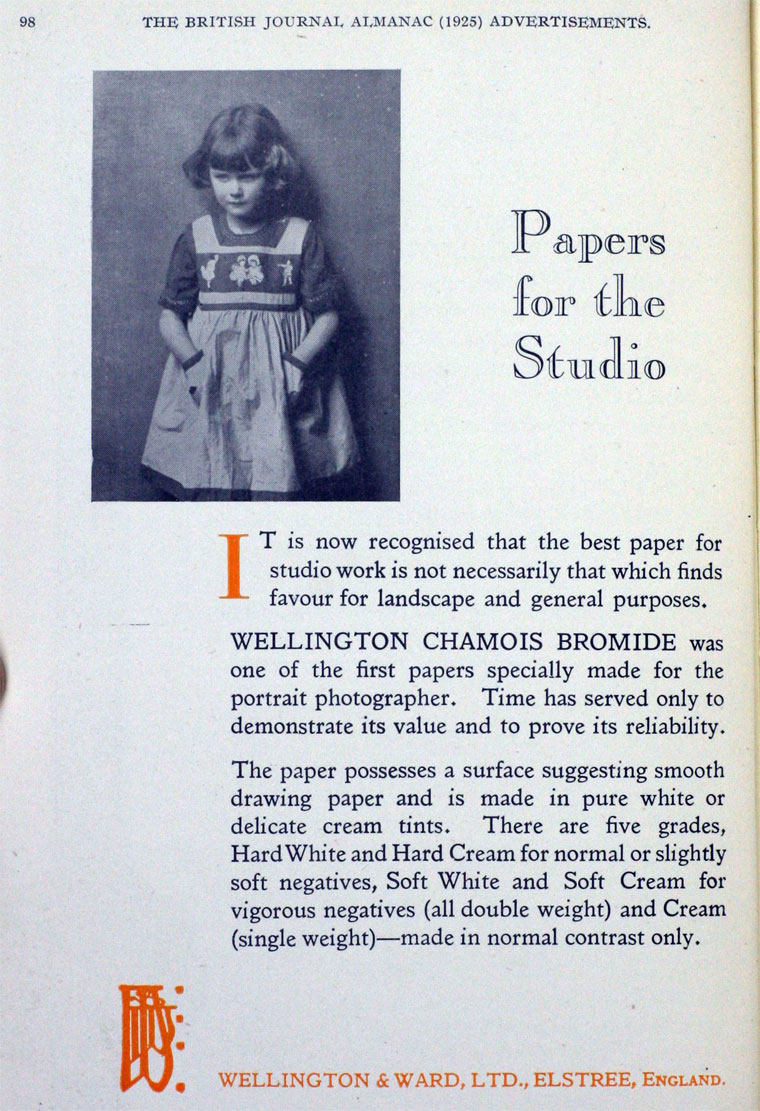 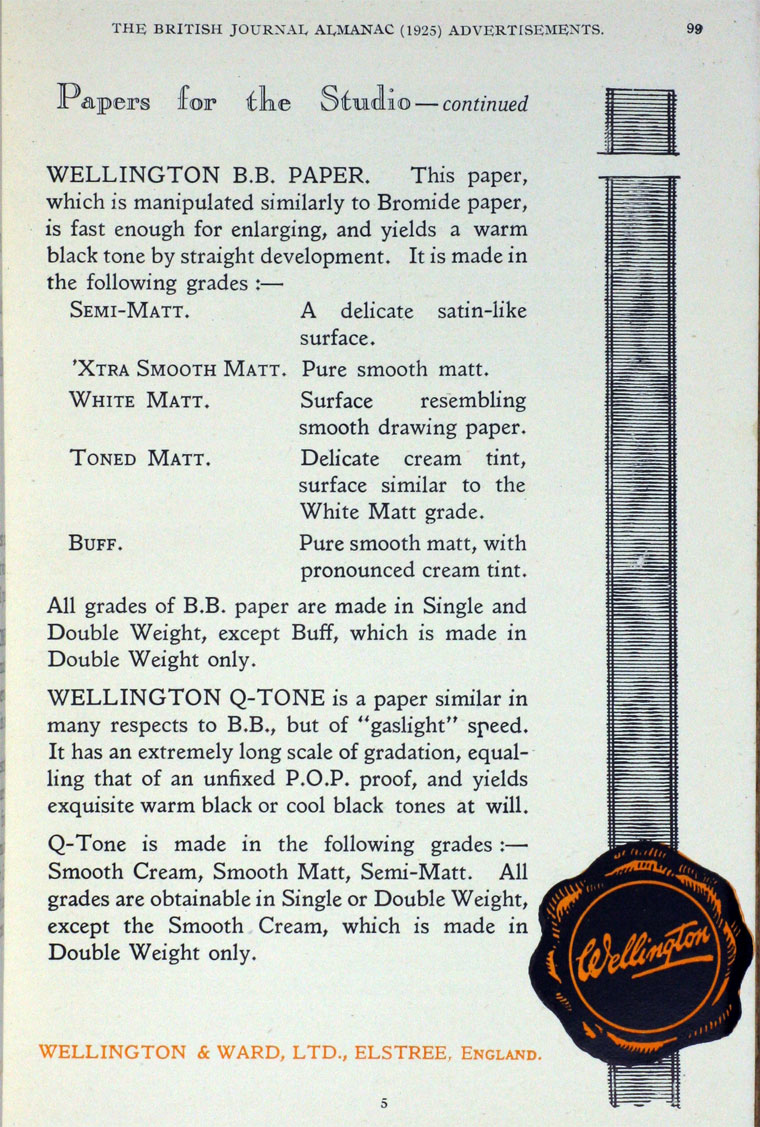 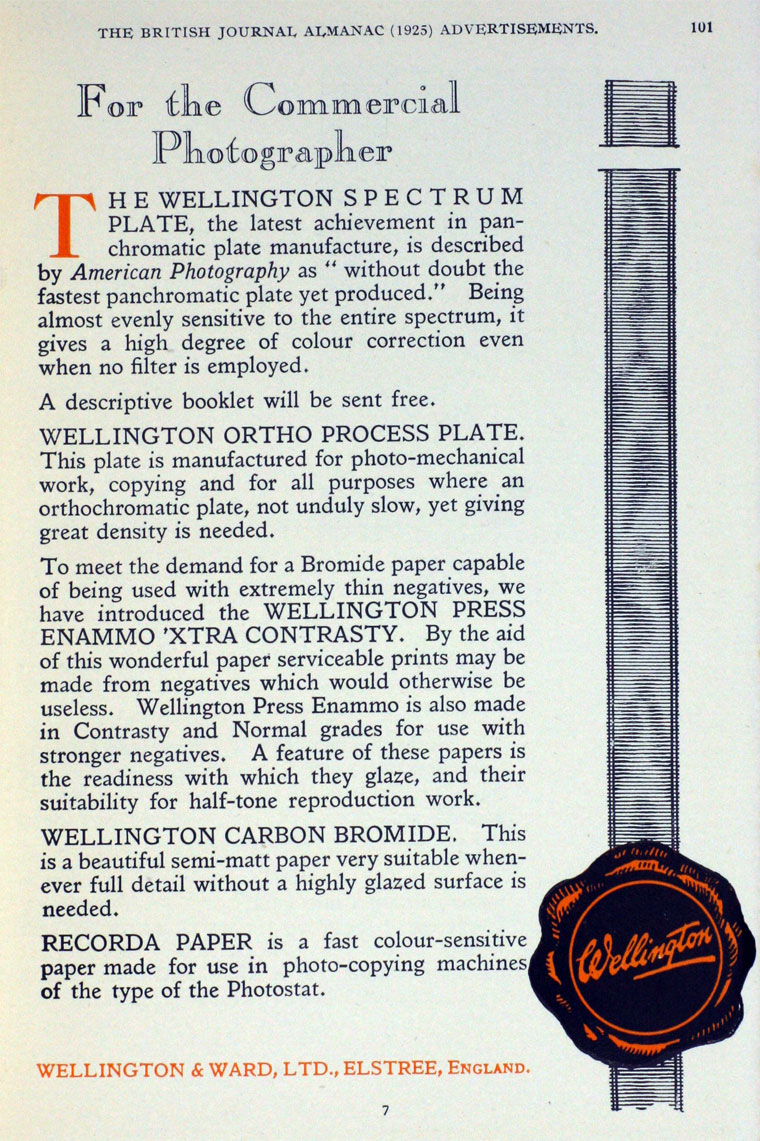 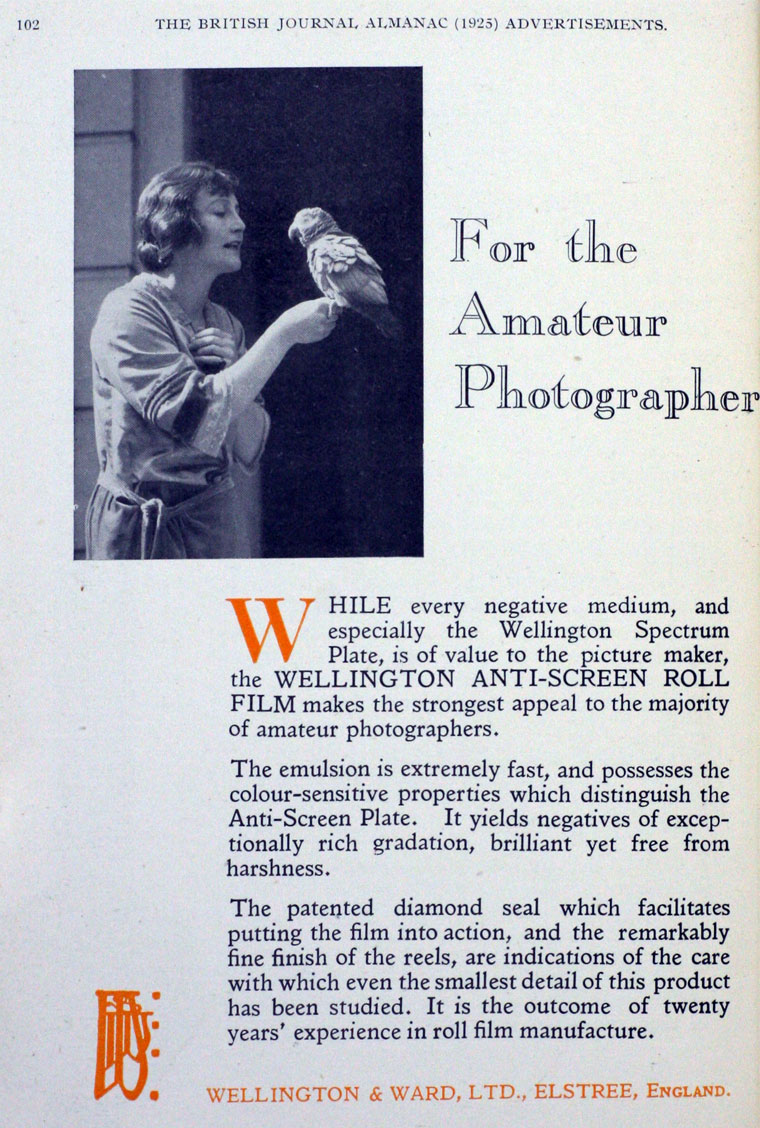 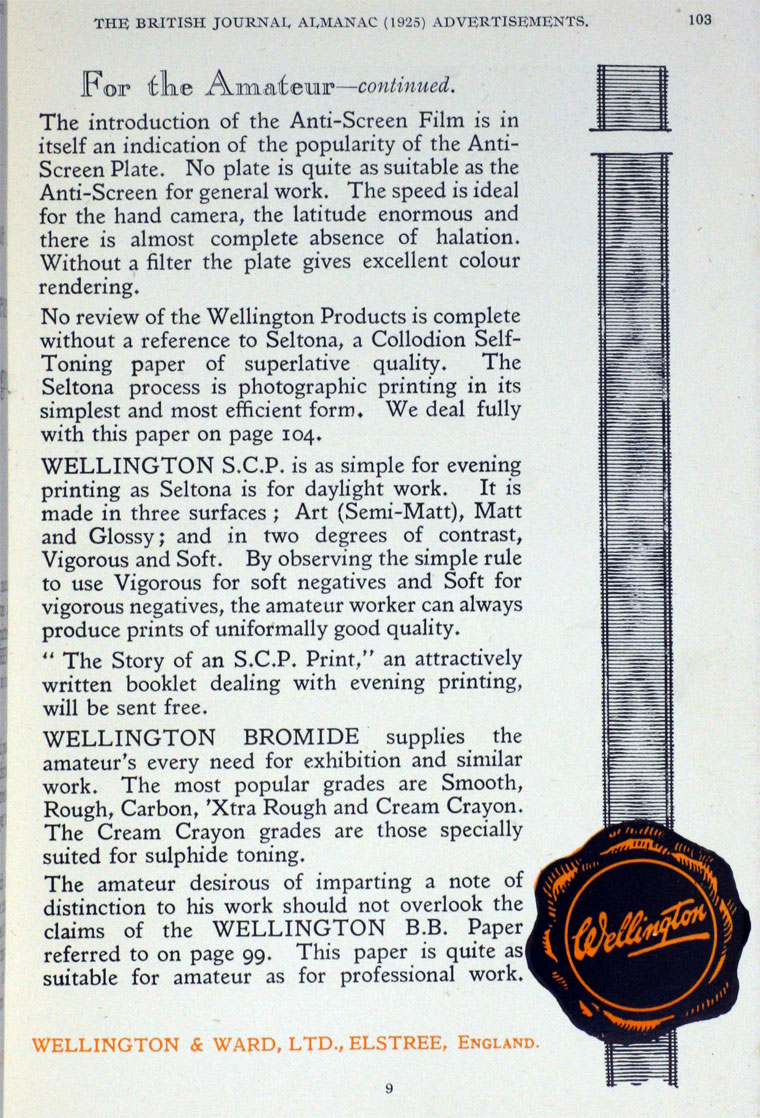 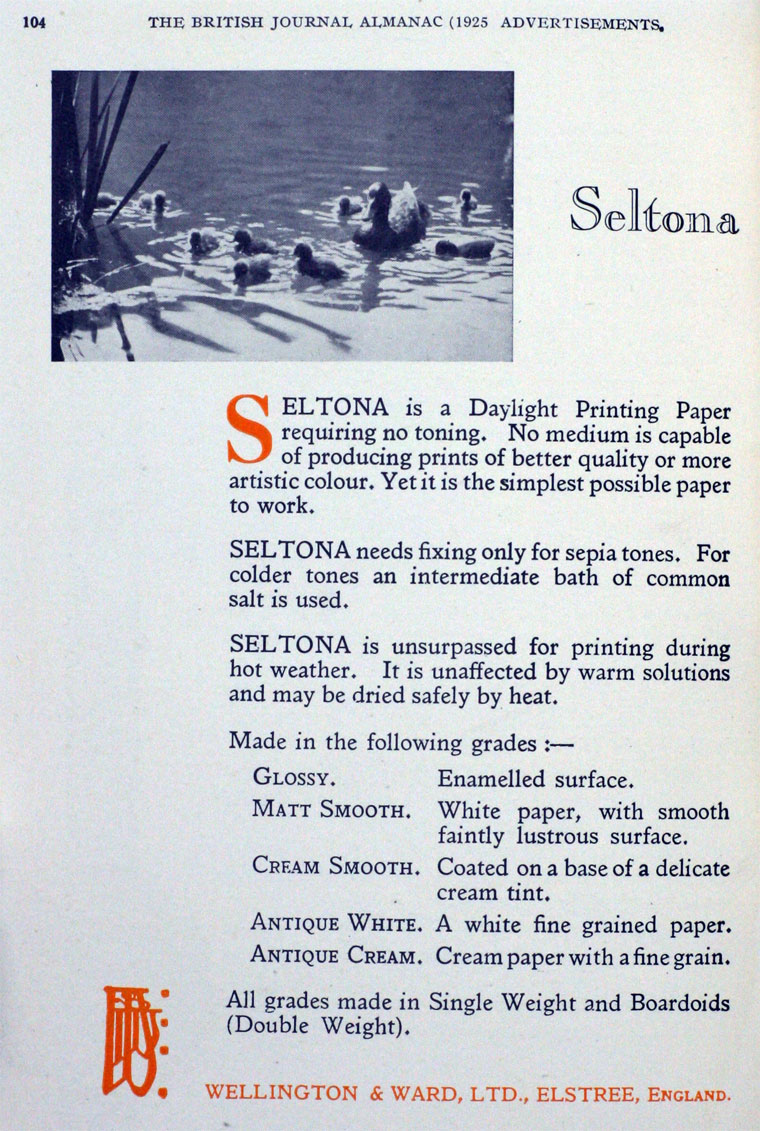 Wellington and Wood was a company founded by the English photographer and scientist John Wellington (1860-1939). [1]

1880s He collaborated with George Eastman of Kodak, in America.

1902 Exhibited at the Royal Photographic Society. [2]

Studied architecture but took up photography before completing his studies. Collaborated with George Eastman of the Kodak Company, Rochester, NY, in the 1880s and became the first manager of the Kodak works in Harrow, Middx (1891-3). He then moved to Elliott and Sons, Barnet, and later, with his brother-in-law H. H. Ward, he founded the company of Wellington and Ward, manufacturers of photographic plates, films and papers, of which he was scientific and technical Director. As a photographer he made all his own cameras, printing frames and emulsions, and coated his own plates. Wellington cannot be identified with any particular school of aesthetics, since his work varied greatly from pictorial landscapes to sensitive studies of his young family and pictorial photographs of domestic scenes. Some of his later works may have been photographs taken for publicity purposes.