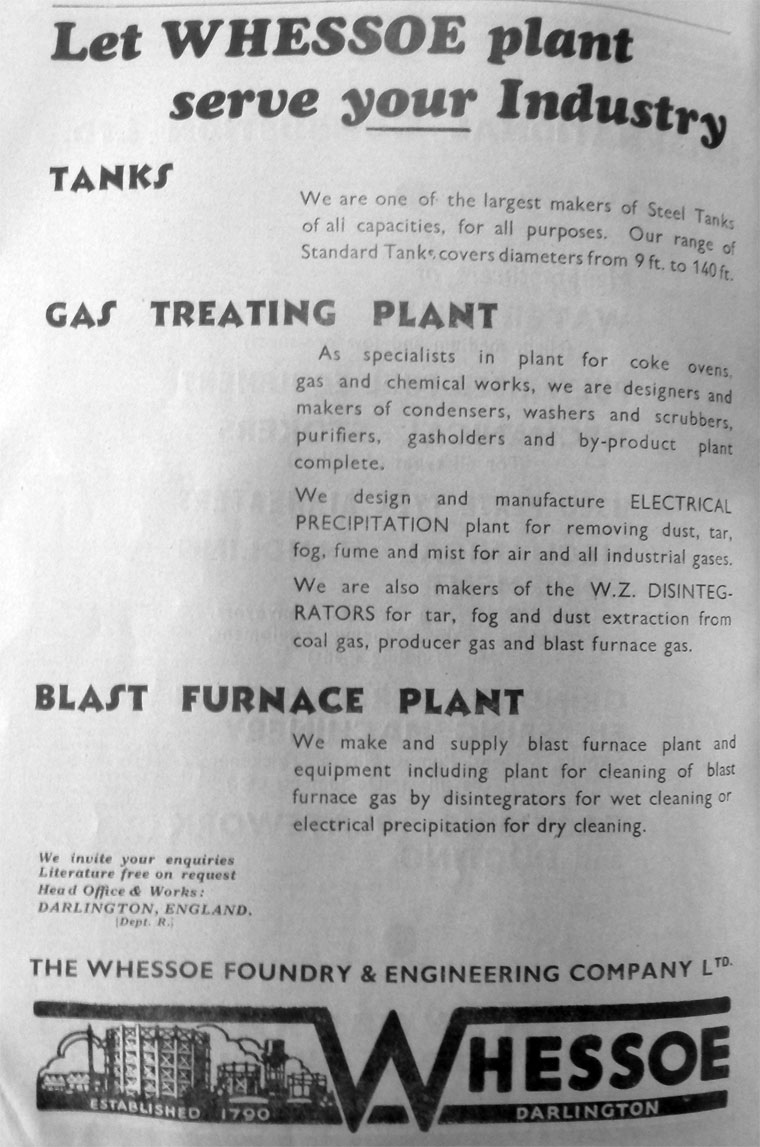 1930 Exclusive manufacturing arrangement for the US McKee oil refinery and blast furnace equipment in Britain[2].

1937 Manufacturers of petrol and water storage tanks and weighbridges.[5]

1938 In addition to tanks (which were the largest area of turnover), various new lines of business had been developed over the years including gas cleaning for blast furnaces, and for coke oven gas in association with Woodham-Duckham Co, and electric arc welding. Had negotiated licence with Chicago Bridge and Iron Co for spheroidal tanks for light petroleum products for which the company, in conjunction with Motherwell Bridge and Engineering Co, would be appointed licensees for British Empire excl Canada[7].

WWII Produced more than half of the underground petrol storage tanks needed by the services, hulls for Churchill tanks and tank landing craft as well as parts for Mulberry Harbour (Whale), Fido and Pluto, as well as bombs and other munitions[8].