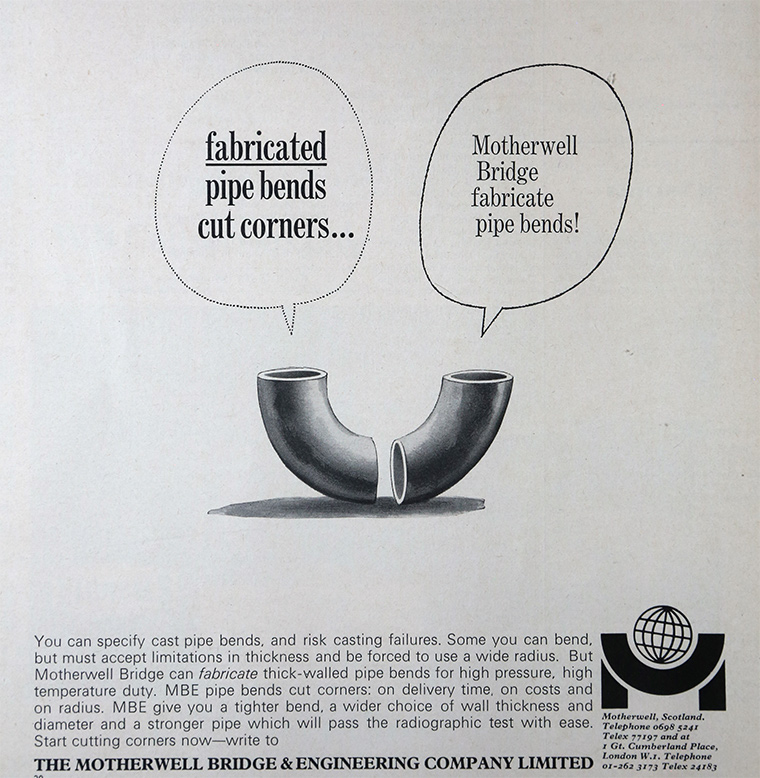 1955 Member of a consortium with GEC and Simon-Carves to study the design and manufacture of nuclear power stations[3]. Subsequently became a major contractor for the Hunterston A Nuclear Power Station.

c.1960 After completion of Hunterston, which had suffered from a number of prolonged industrial disputes, Motherwell Bridge seems to have pulled out of nuclear power station construction.

1995 ETC (Environmental Technology Consultants) of Sunderland was a subsidiary[6]