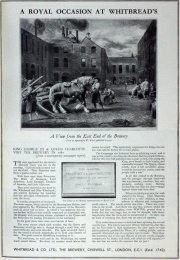 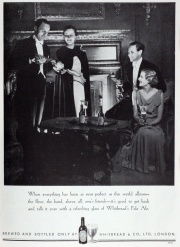 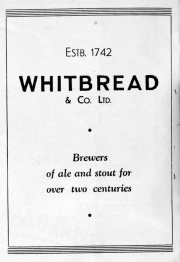 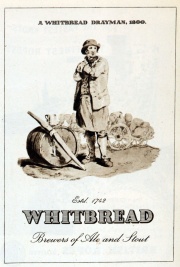 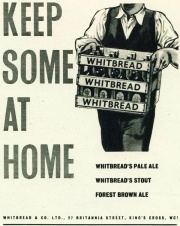 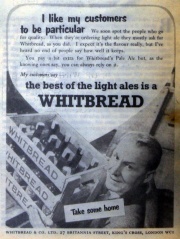 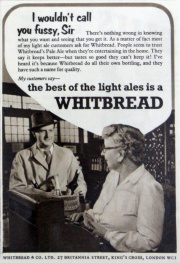 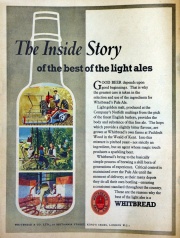 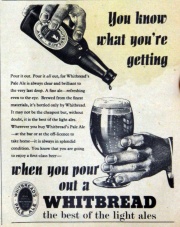 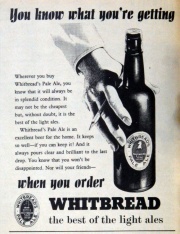 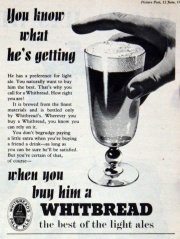 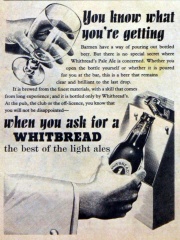 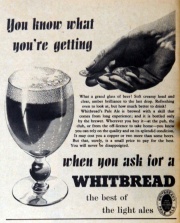 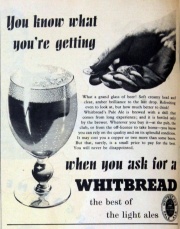 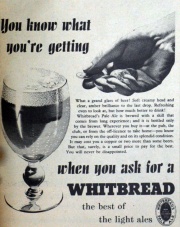 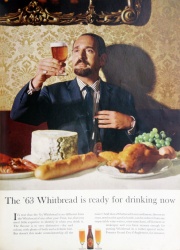 of Chiswell Street, near Finsbury Square (1862)

1742 Whitbread and Co was set up by Samuel Whitbread who established a partnership with Godfrey and Thomas Shewell in 1742 but has since ended its brewing activities. Whitbread and Shewell established two breweries, the Goat Brewhouse in the City of London, making porter, and the Brick Lane Brewery of the East End of London, producing paler beers.

1750 Godfrey Shewell withdrew from the partnership as Thomas Shewell and Samuel Whitbread borrowed more to buy the large site of the derelict King's Head brewery in Chiswell Street in 1750. The new brewery, the first purpose-built mass-production brewery in Britain, was specifically for a single product, porter, the basis for the vast brewing enterprises then being developed in London by Henry Thrale and Sir Benjamin Truman. It was named the Hind's Head brewery after the Whitbread family coat of arms.

From the outset Samuel Whitbread was the leading partner financially, solely responsible for the management.

By 1760, it had become the second largest brewery in London (producing almost 64,000 barrels annually).

c1761 Samuel Whitbread bought out Thomas Shewell for £30,000 and the brewery became one of the largest brewers of porter in London.

1785 The brewery was the second to employ a steam engine (purchasing a sun and planet gear engine from Boulton and Watt which was still working in 1865).

In May 1787 the brewery was visited by King George III and Queen Charlotte. James Watt was on hand to explain his engine.

1799 The name Whitbread and Co was taken on.

1889 Became a company. At this time there were 60 licensed houses of which 21 were leasehold, 29 under mortgage and 10 freehold.

Whitbread and Co went on to introduce many brands to the UK market, such as Stella Artois and Heineken, alongside its own brands, which grew in popularity in the second half of the 20th century, before declining in the 1990s as people migrated to more international brands such as Fosters and Budweiser.

1976 Beer was last brewed at the Chiswell Street premises.

1991 Grand Metropolitan sold 115 Berni Inns and 35 managed public houses to Whitbread; Grand Met kept 58 Berni Inns which could continue to trade under that name for one year.[2][3]

2001 After a long history of brewing, the company, now known as Whitbread Group Plc decided to sell all its breweries and brewing interests (Whitbread Brewing Company) to Interbrew, now known as InBev.

2002 Whitbread sold its pub estate, known as the Laurel Pub Company, to Enterprise Inns, concentrating instead on its hotel (Premier Inns) and coffee-house (Costa) interests.