Grace's Guide is the leading source of historical information on industry and manufacturing in Britain. This web publication contains 147,367 pages of information and 233,518 images on early companies, their products and the people who designed and built them. 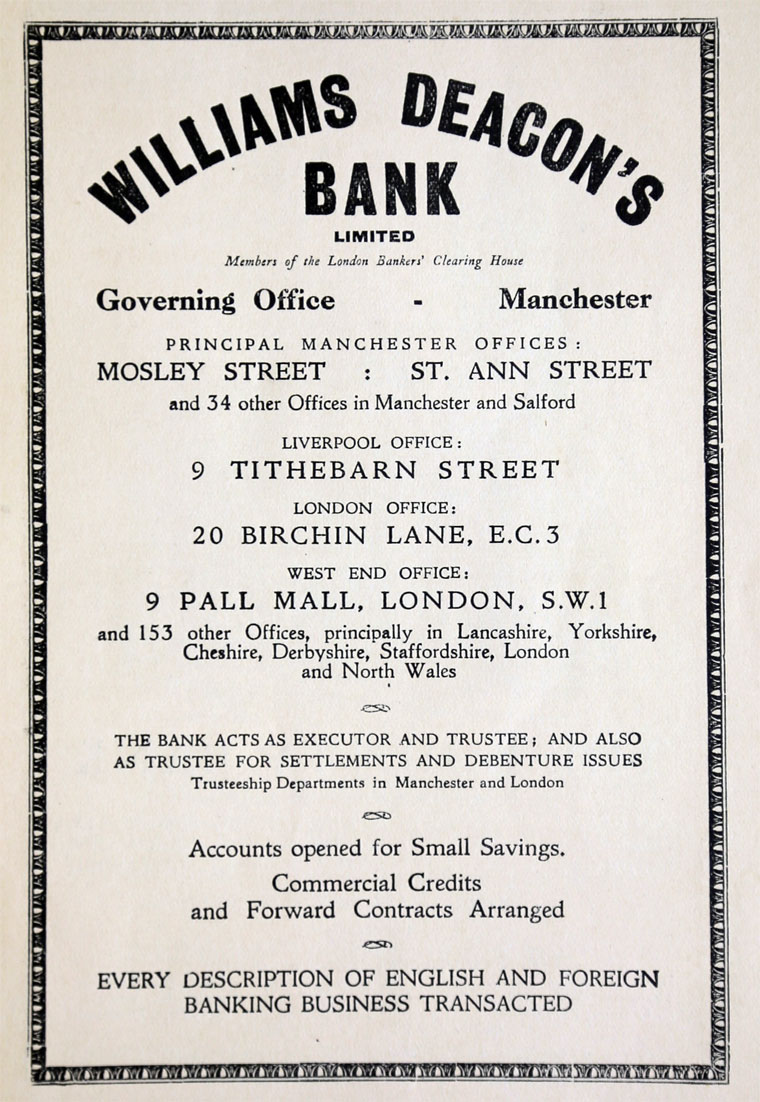 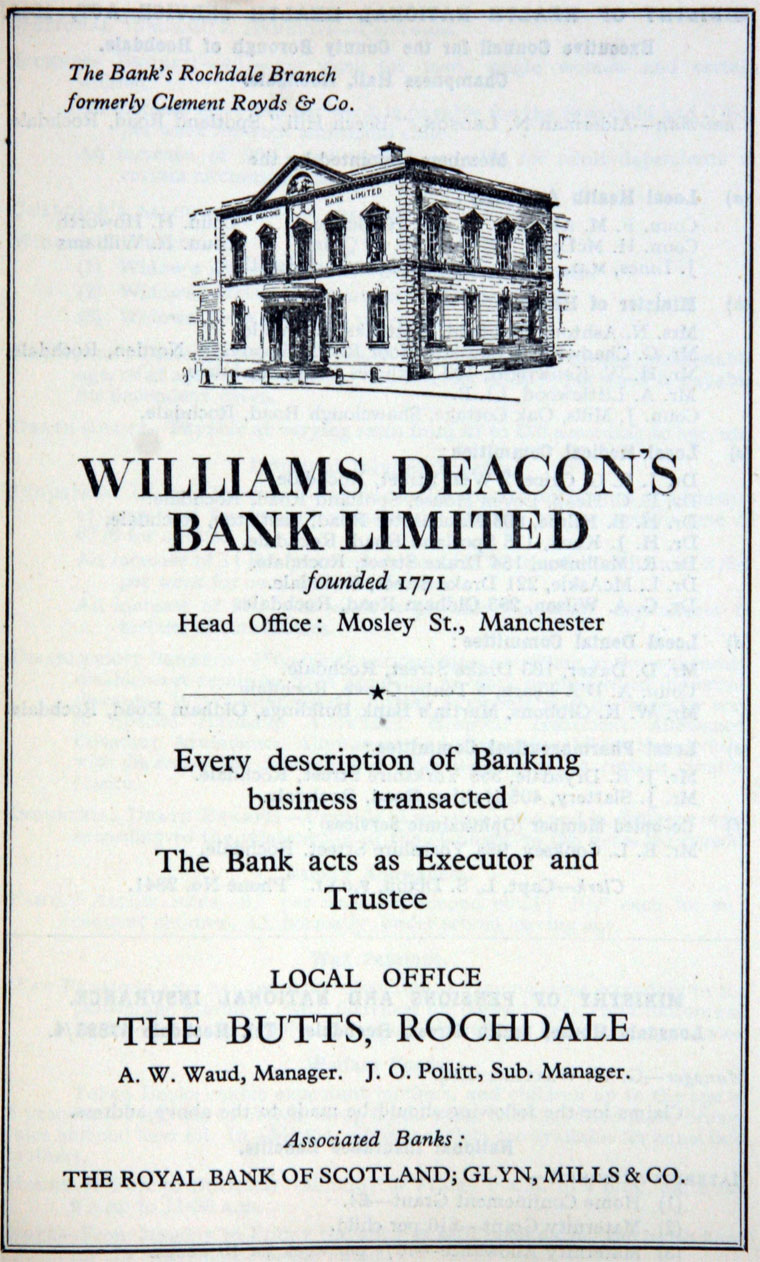 1836 Established as the Manchester and Salford Bank by a group of promoters keen to take advantage of recent legislation allowing the formation of joint-stock banks outside London.

1836 A banking house was rented in King Street.

From the late 1850s the bank expanded rapidly. Branches were opened in nearby towns, a new banking house in Mosley Street was built in 1862 and a number of local banking firms were acquired:

By the 1880s the number of private banks was declining and large clearing banks with London head offices and nationwide branch networks had begun to emerge.

1890 The bank had 47 branches. Took over Williams, Deacon and Co, the bank’s London agent. The new bank was renamed Williams Deacon and Manchester and Salford Bank Ltd and the head office transferred to Birchin Lane, City of London, to retain Williams, Deacon & Co's membership of the London Clearing House.

Profits increased steadily during the last decade of the 19th century

Post WWI: the bank's policy of expansion was resumed and 52 new branches were opened between 1919 and 1922. Around this time the bank also established a new department for foreign business and was among the subscribers to British Overseas Bank Ltd, which was set up to facilitate British foreign trade. Facilities for trustees and executors were also extended.

The post-war boom was short-lived and swiftly followed by widespread economic recession. Lancashire, where most of the bank's business lay, was particularly badly affected, and during the mid-1920s the bank's profits were severely undermined by increasing provision for bad debts. Williams Deacon's urgently needed support from a larger partner

After 1930 Williams Deacon's continued to trade separately with its own Manchester-based head office and board of directors.

During the 1950s the directors decided to widen the bank's geographical coverage and a number of new offices were opened in the South, East Anglia and the Midlands.

1960s Williams Deacon's was amongst the first of the clearing banks to recognise the potential of offshore financial centres, and established a number of offices and subsidiary companies in the Channel Islands.

1963 A new head office building was opened in Manchester.