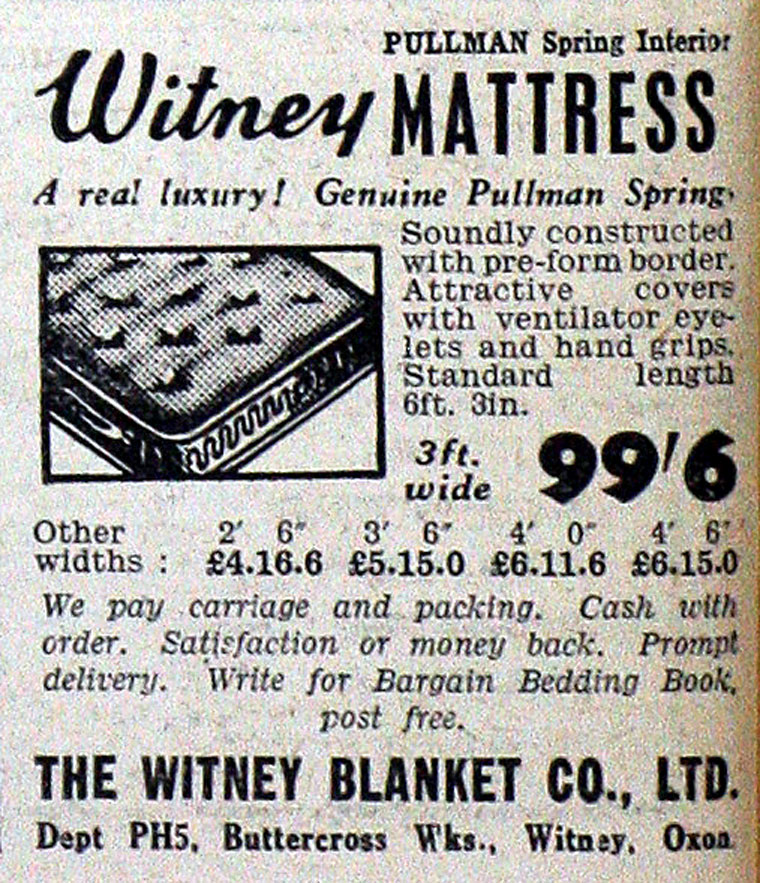 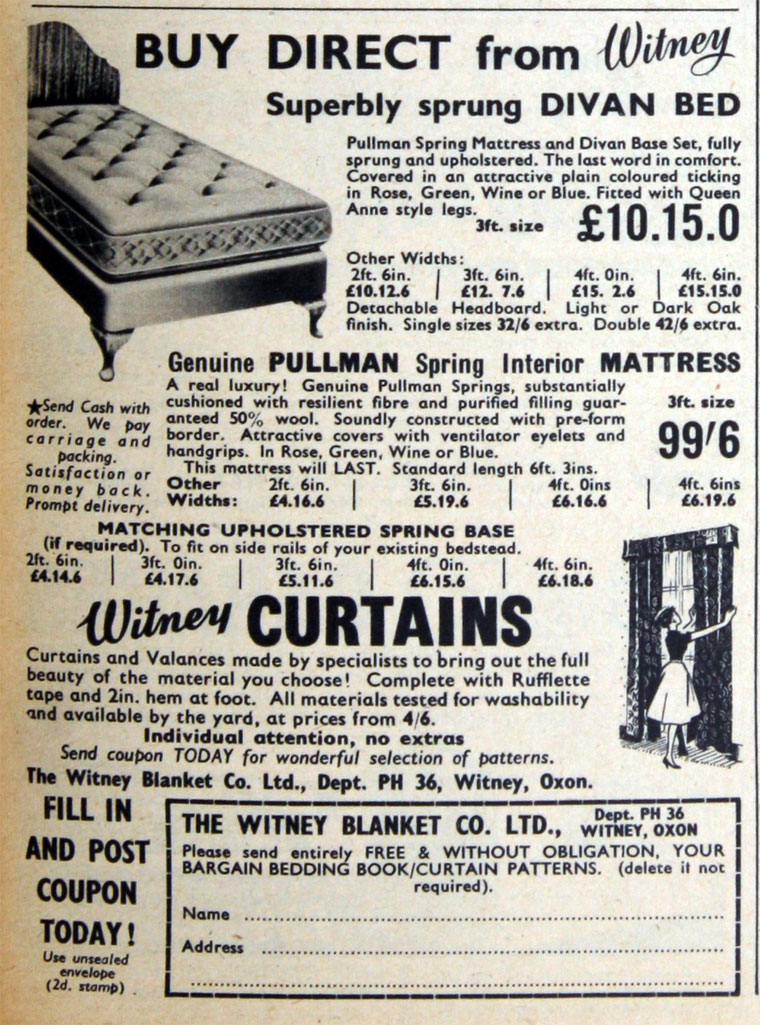 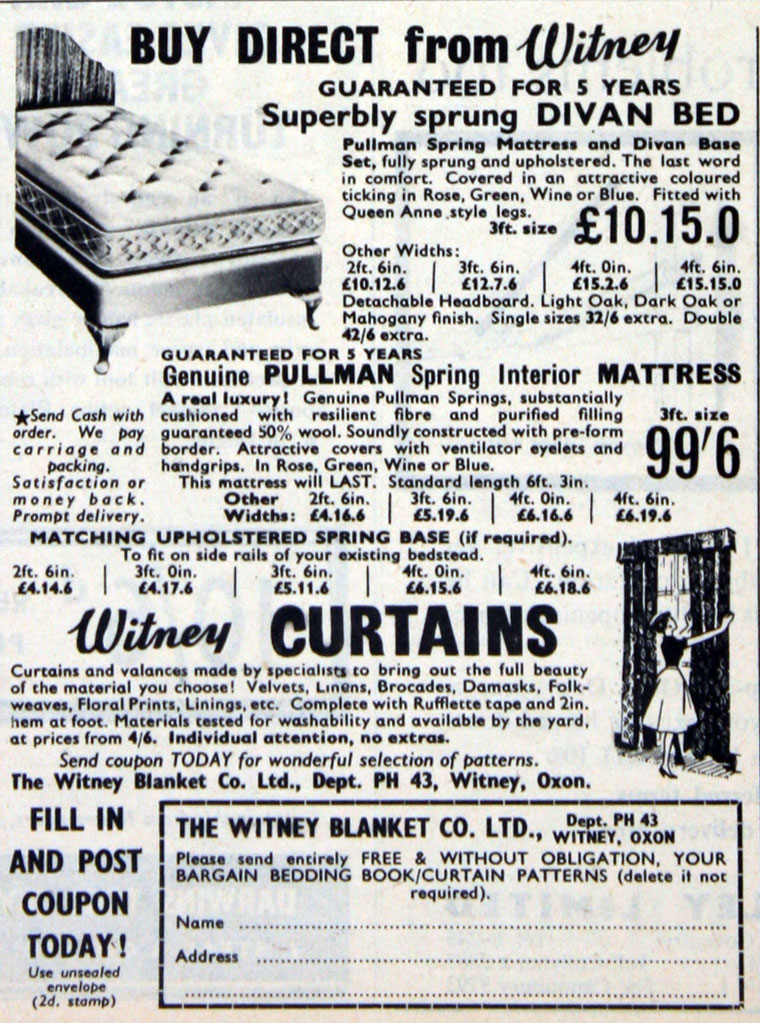 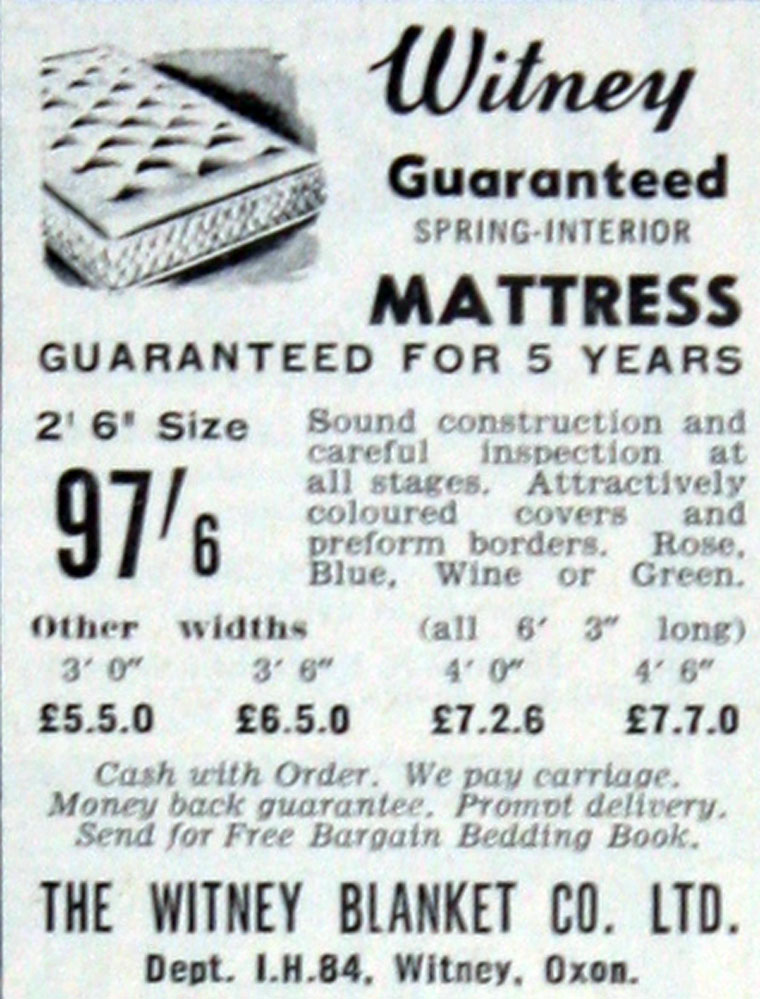 The Witney Blanket Co finished and supplied blankets, bedding clothing and shoes through the post. They also had a blanket cleaning service and made quilts, feather beds and specialist mattresses.

c1885 The Witney Blanket Company was set up in Witney, as a blanket finishing and cleaning business. It did not manufacture blankets. Fred Clapper and Sons were the early owners of the business.

1895 The business was sold to a Mr A. A. Barrell, who had moved to Witney from East Anglia.

1898 According to Bennett's Business Directory for Oxfordshire, the company had been trading in the town since at least the 1880s.

1908 Following the ruling that only blankets made in the town could legally be labelled as 'Witney' blankets, Mr Barrell turned the business into a limited company and started the novel idea of supplying blankets through mail order. Most of the blankets were made in Yorkshire but were 'tabbed' (labelled) and finished in Witney.

1913 Barrell bought premises at 39/41 Market Square (near the Buttercross), which contained a shop.

c1918 By the end of the First World War, Barrell and his sons decided to expand.

During the 1920s, the company built a large two-storey factory known as the Buttercross Works at The Leys near St Mary's Church in Witney and moved all its operations there.

1939 The building was very seriously damaged by fire, and then rebuilt.

1976 The mail-order side of the business closed because of increasing competition.