(Redirected from A. Darracq and Co)
Jump to: navigation, search 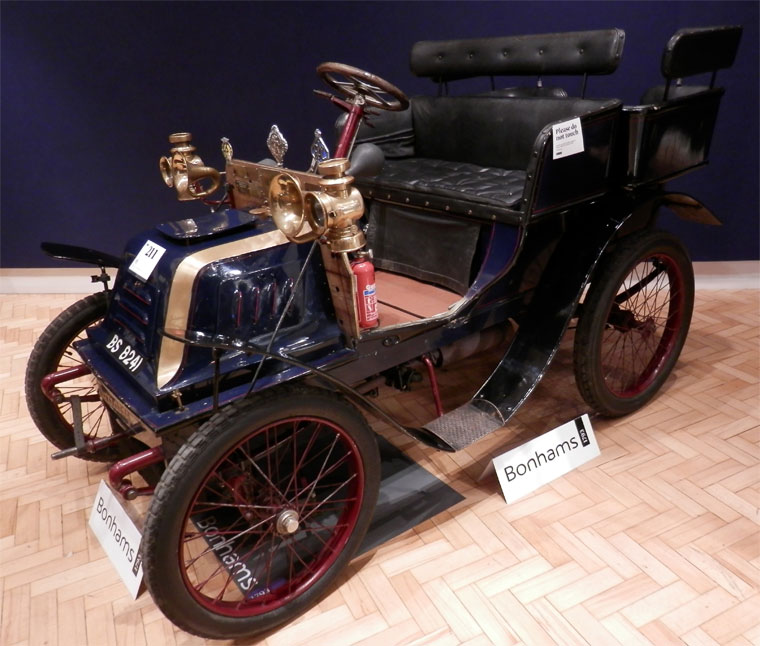 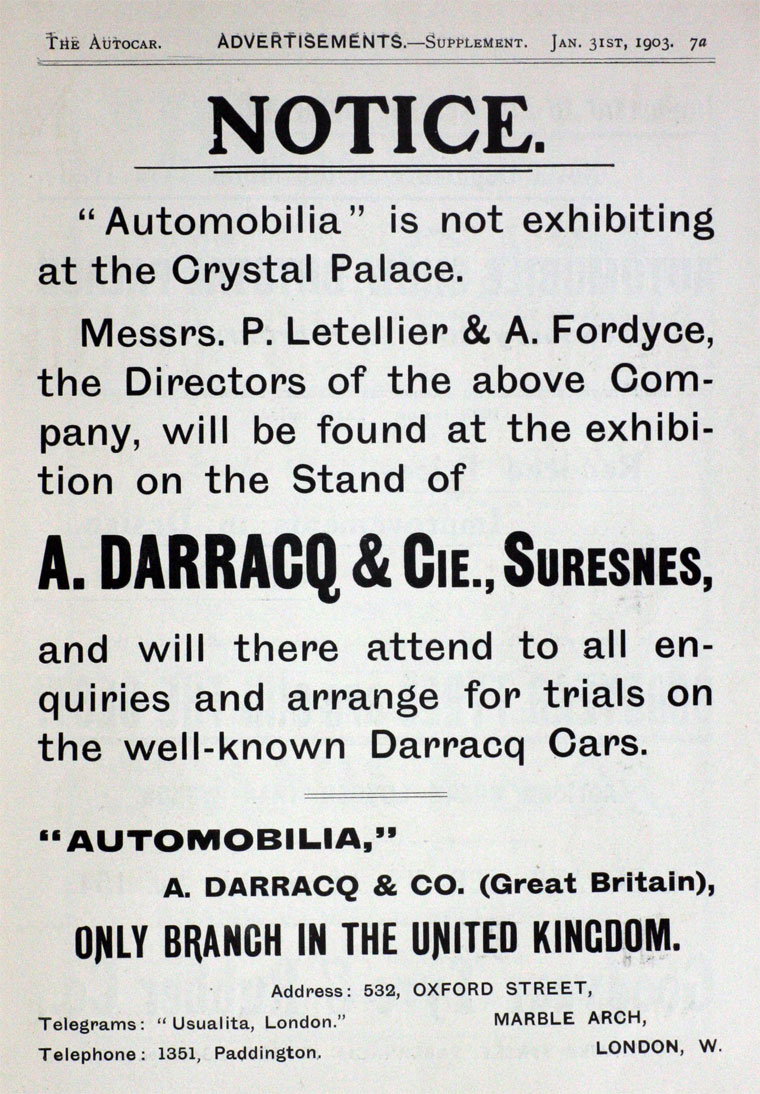 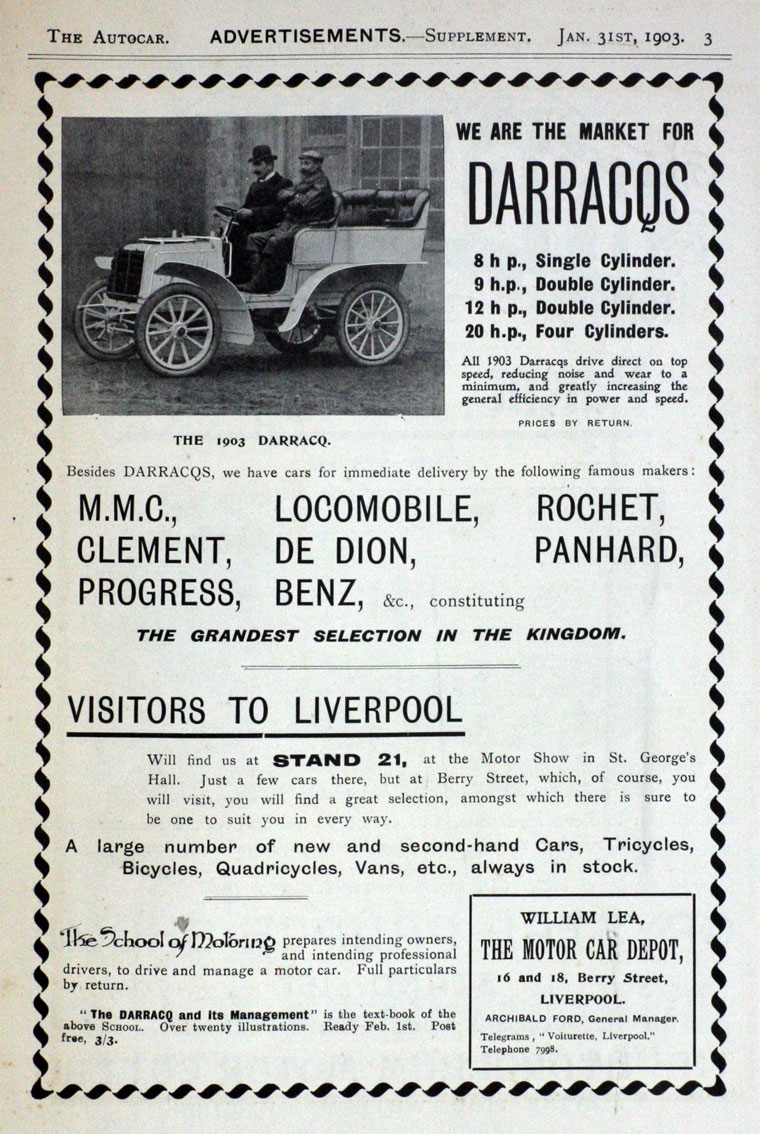 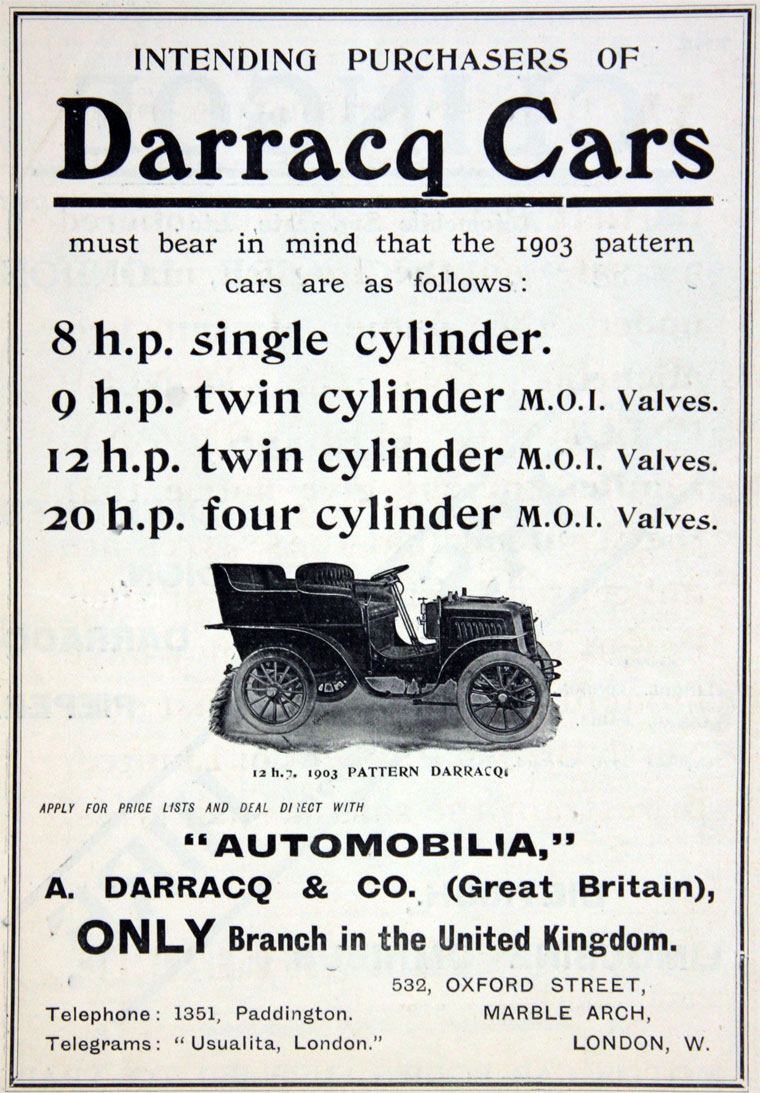 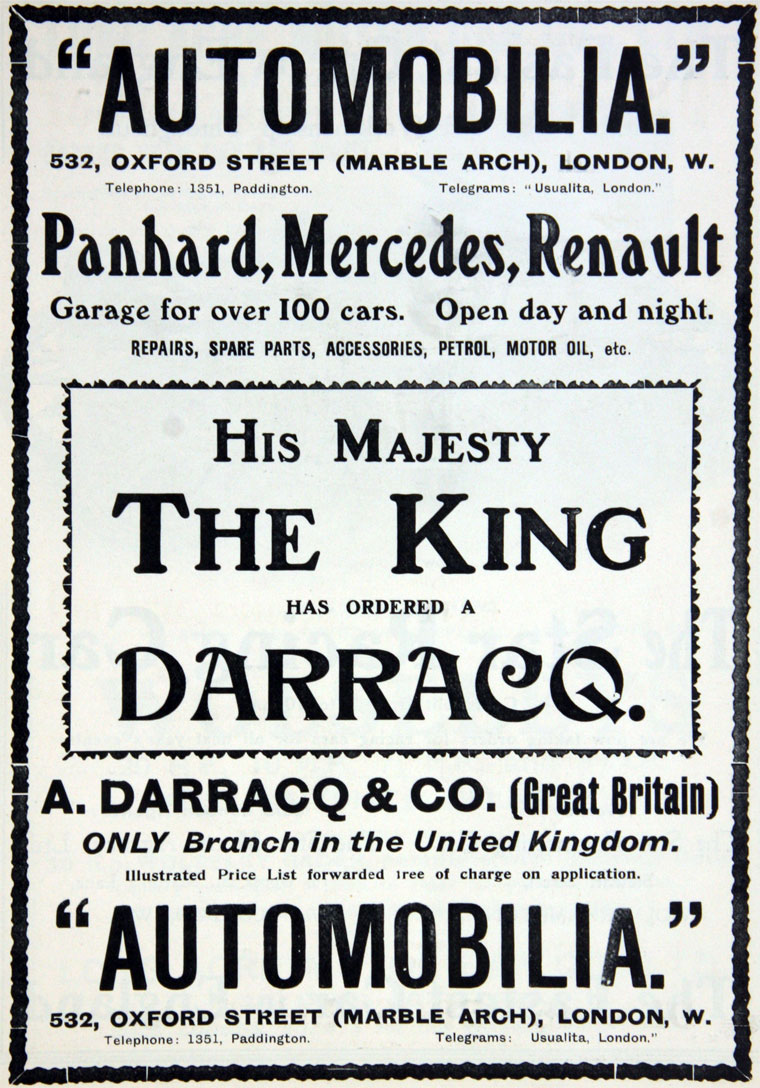 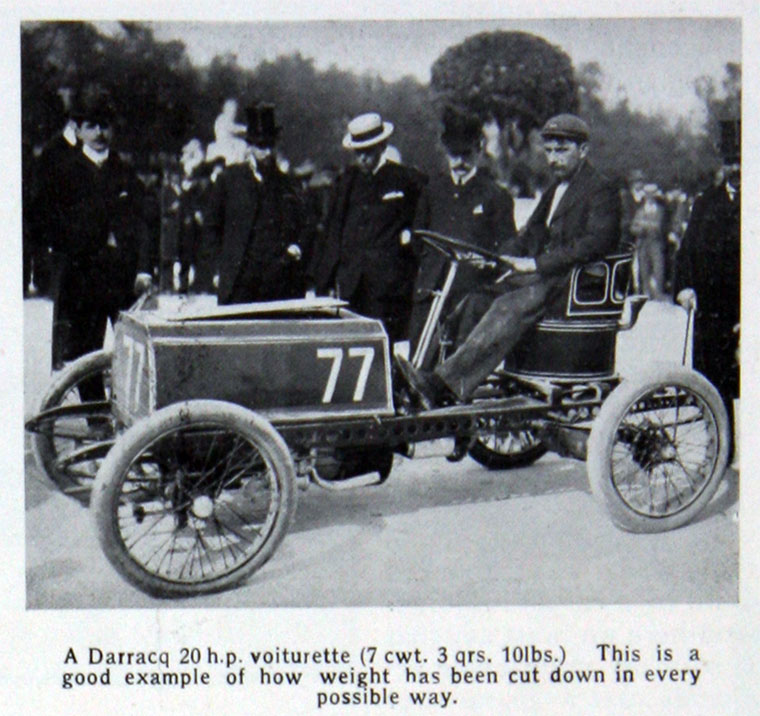 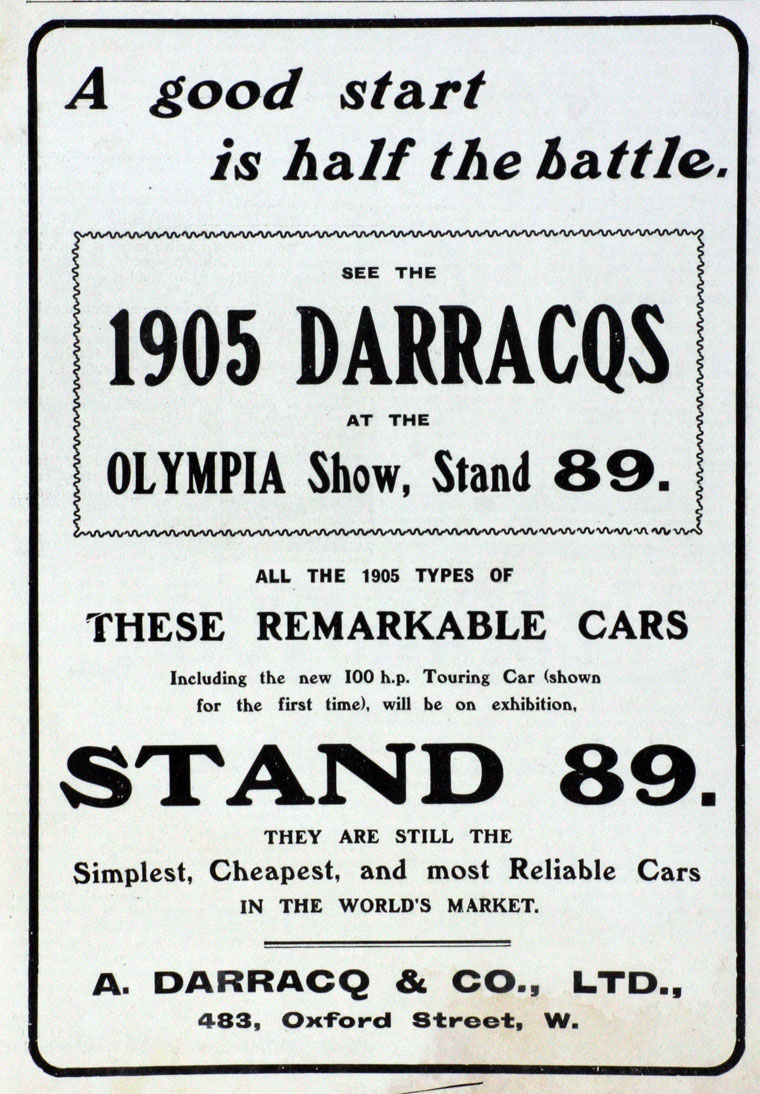 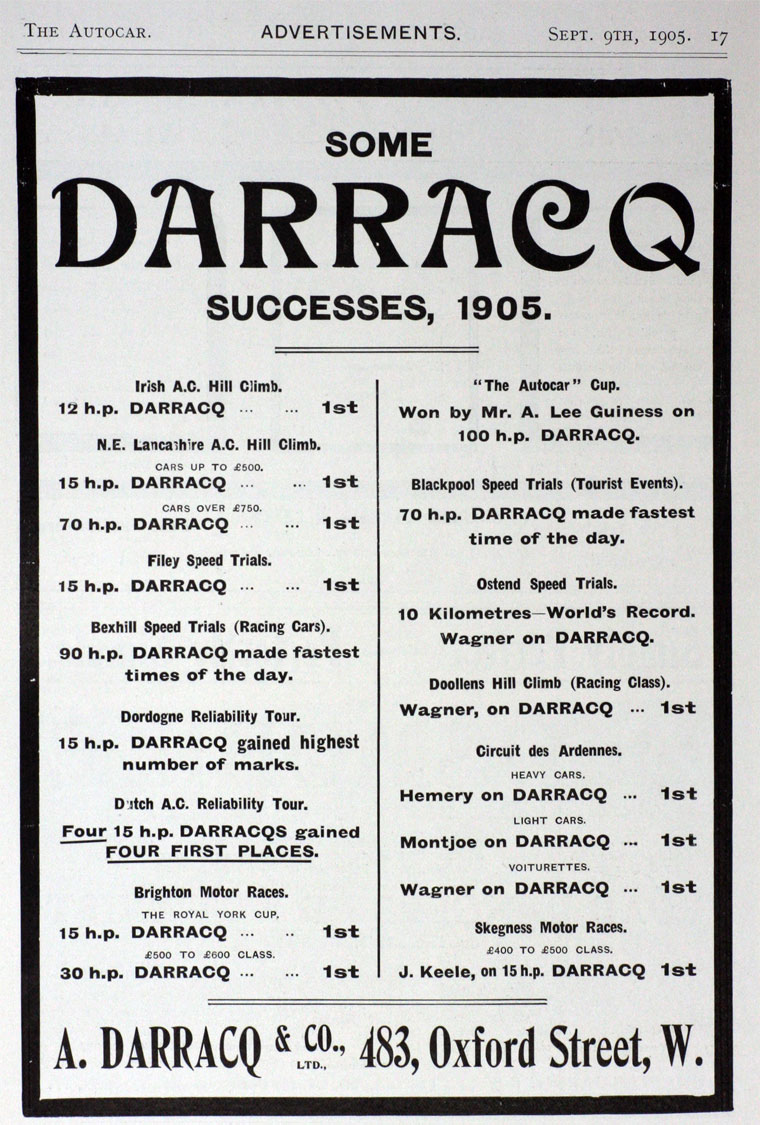 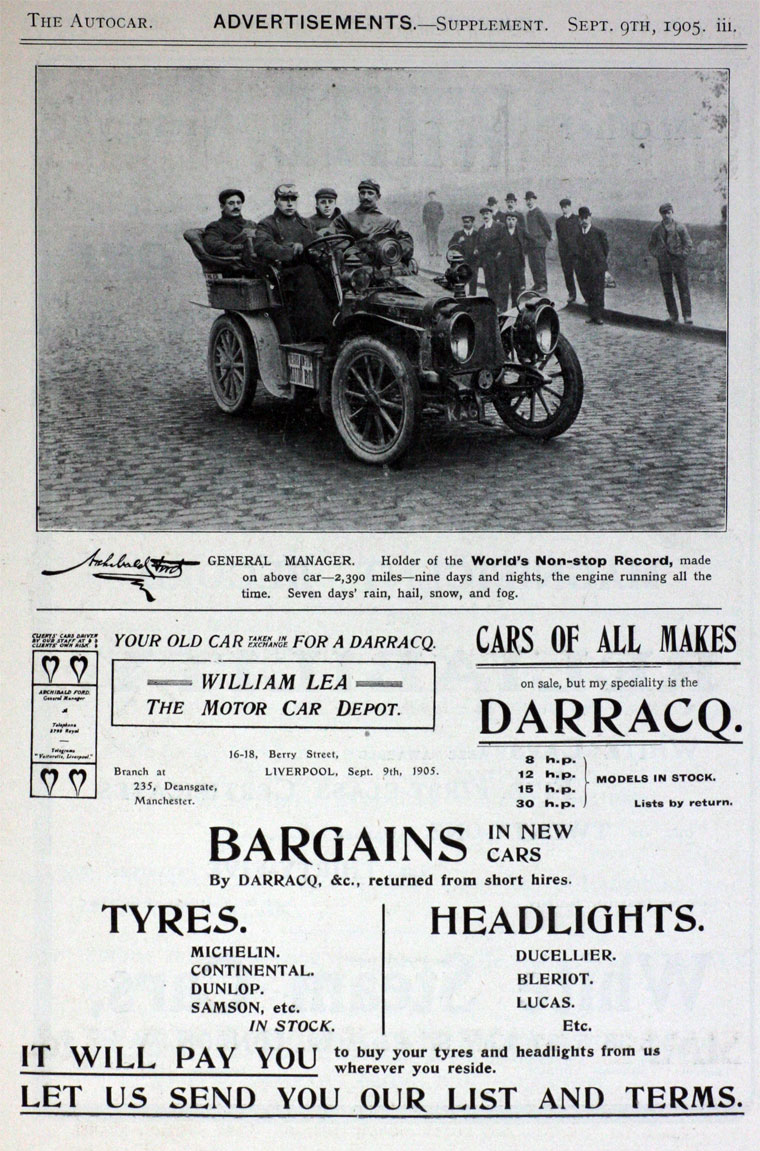 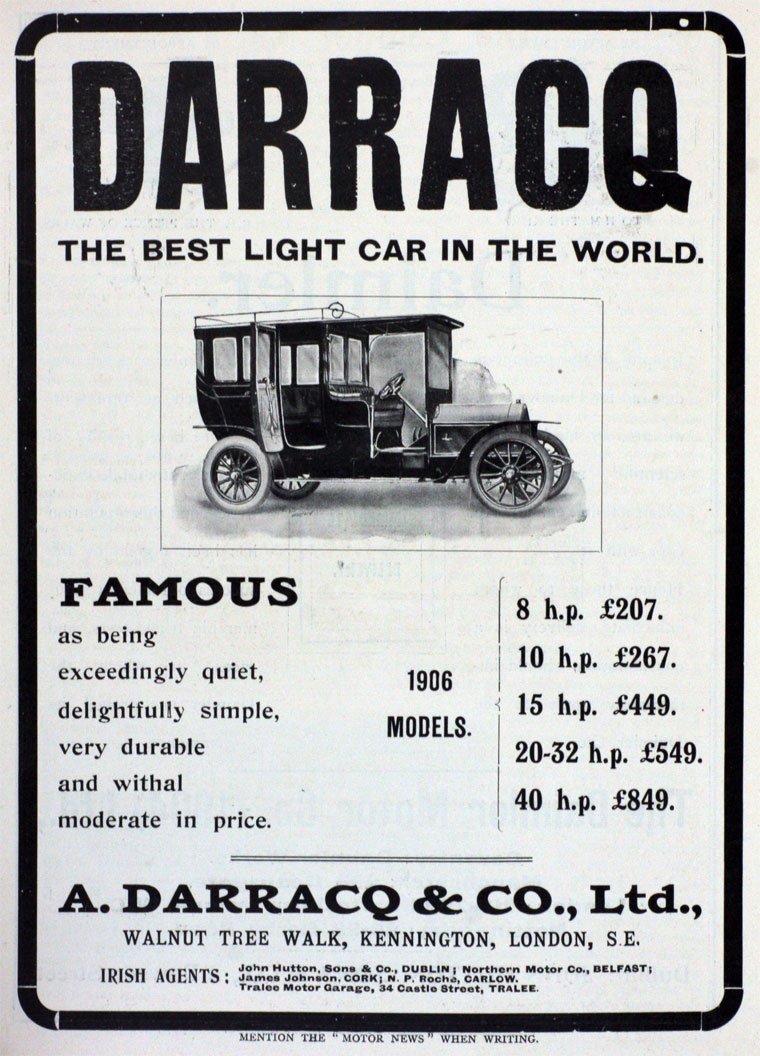 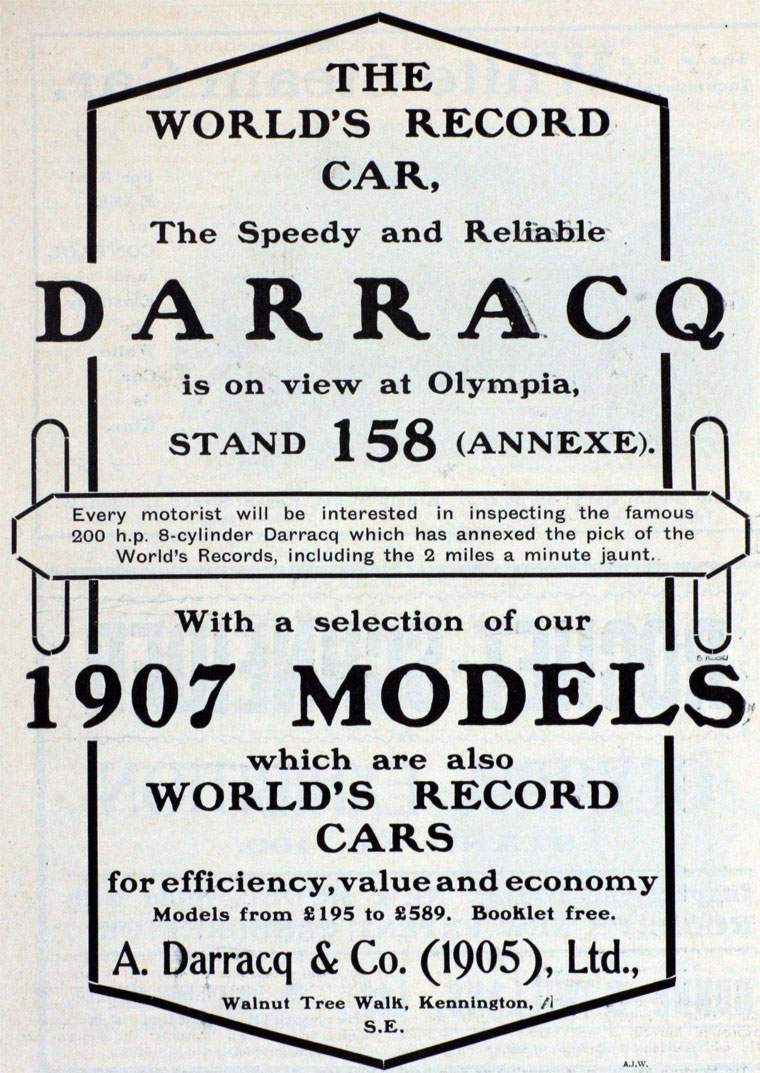 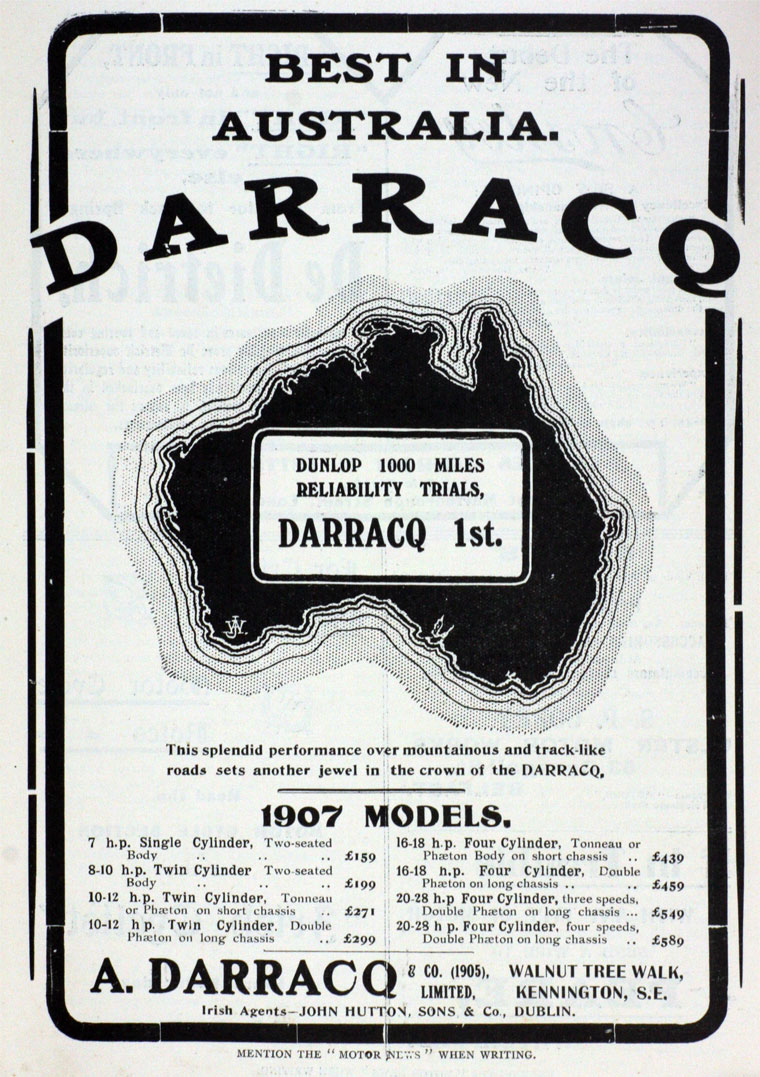 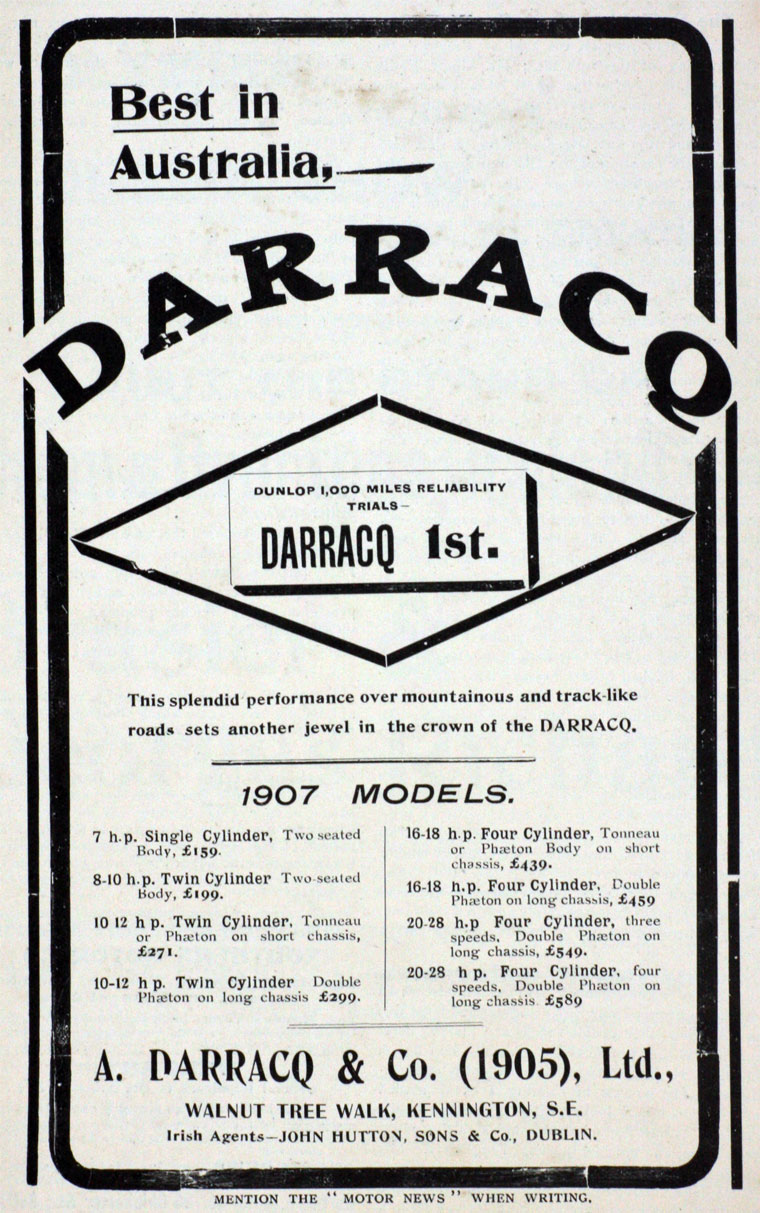 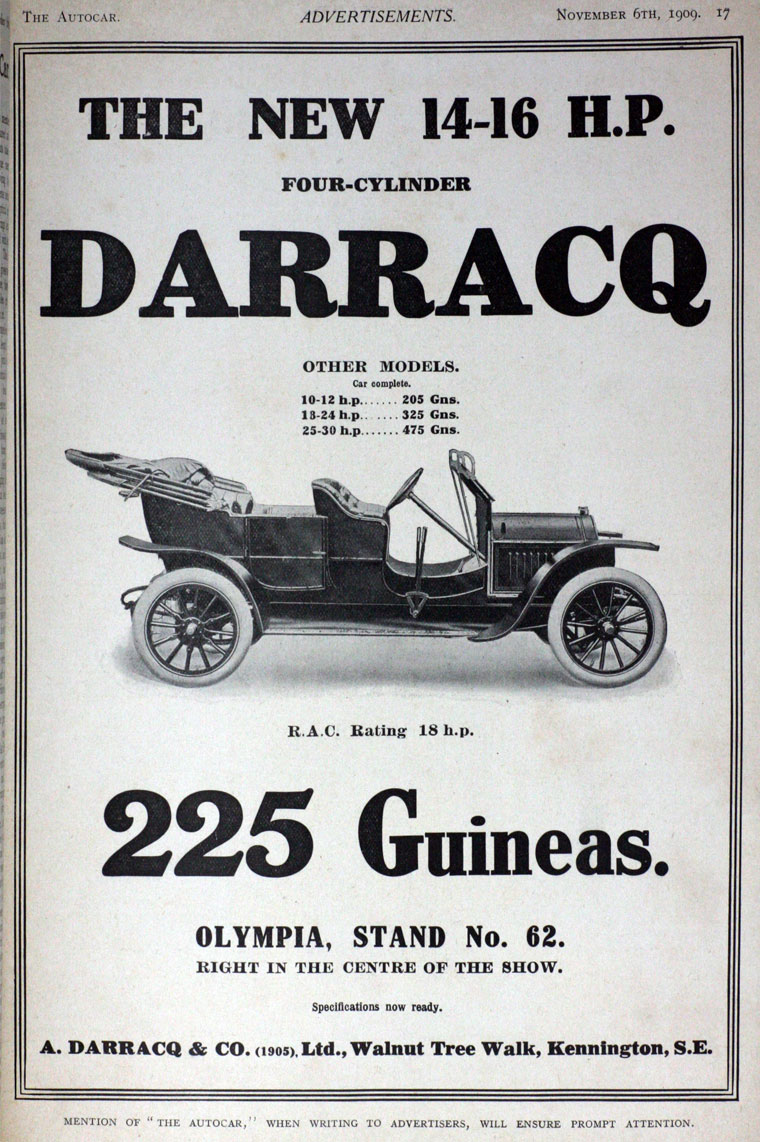 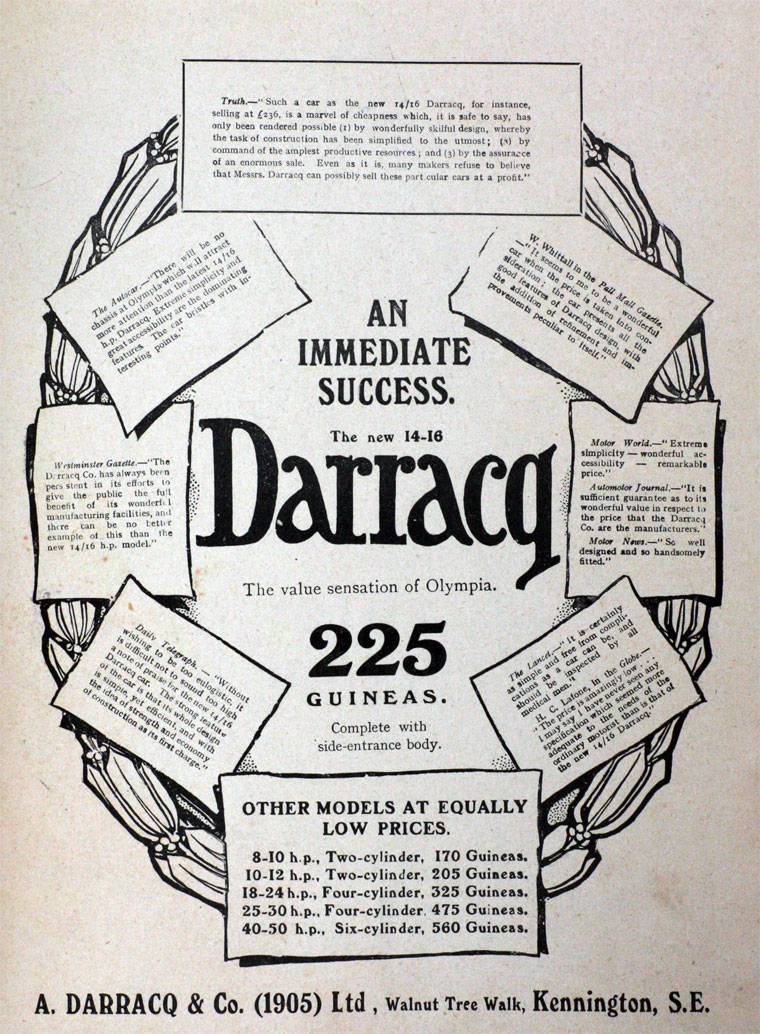 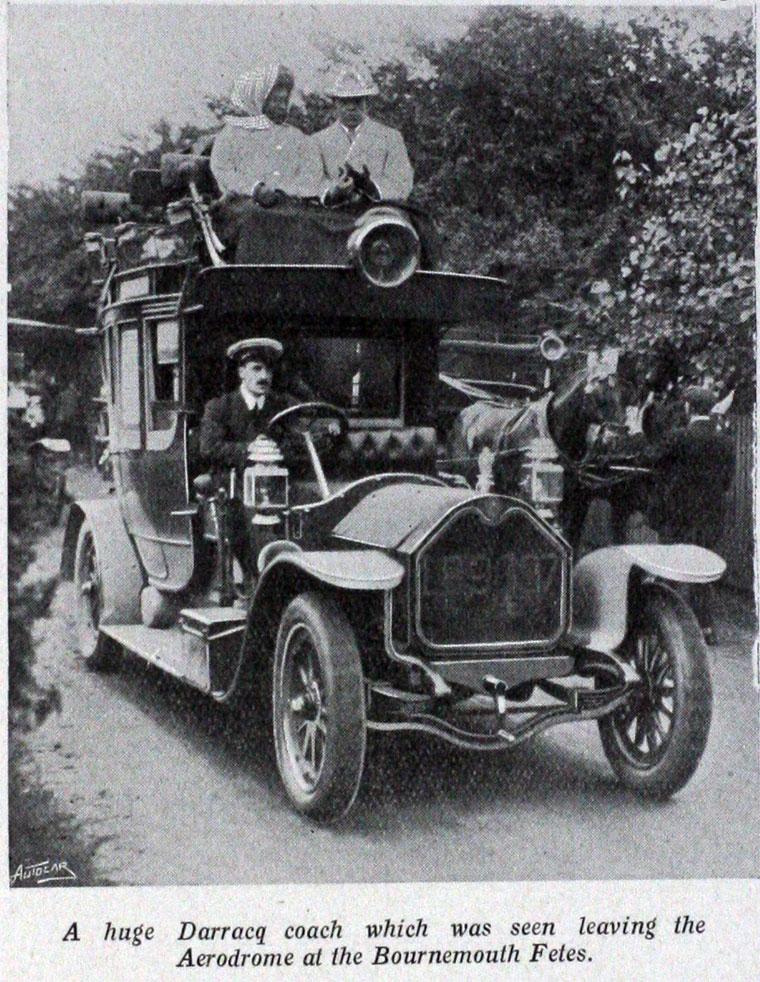 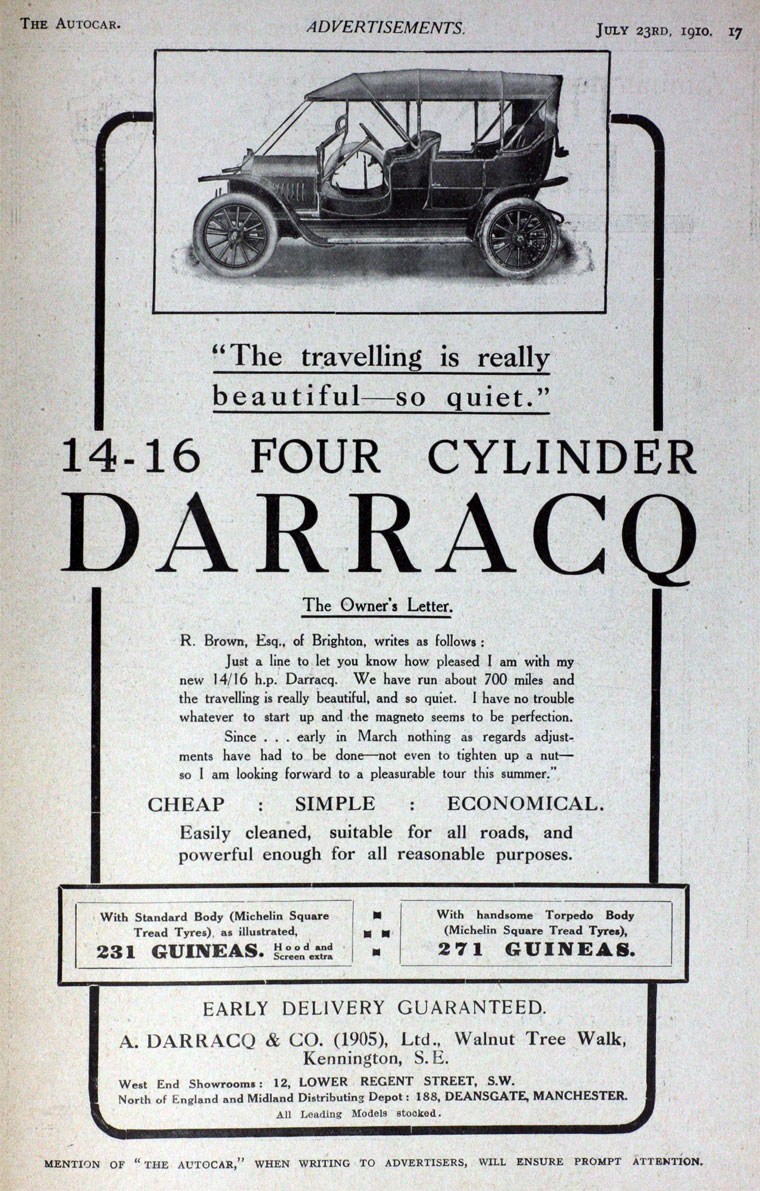 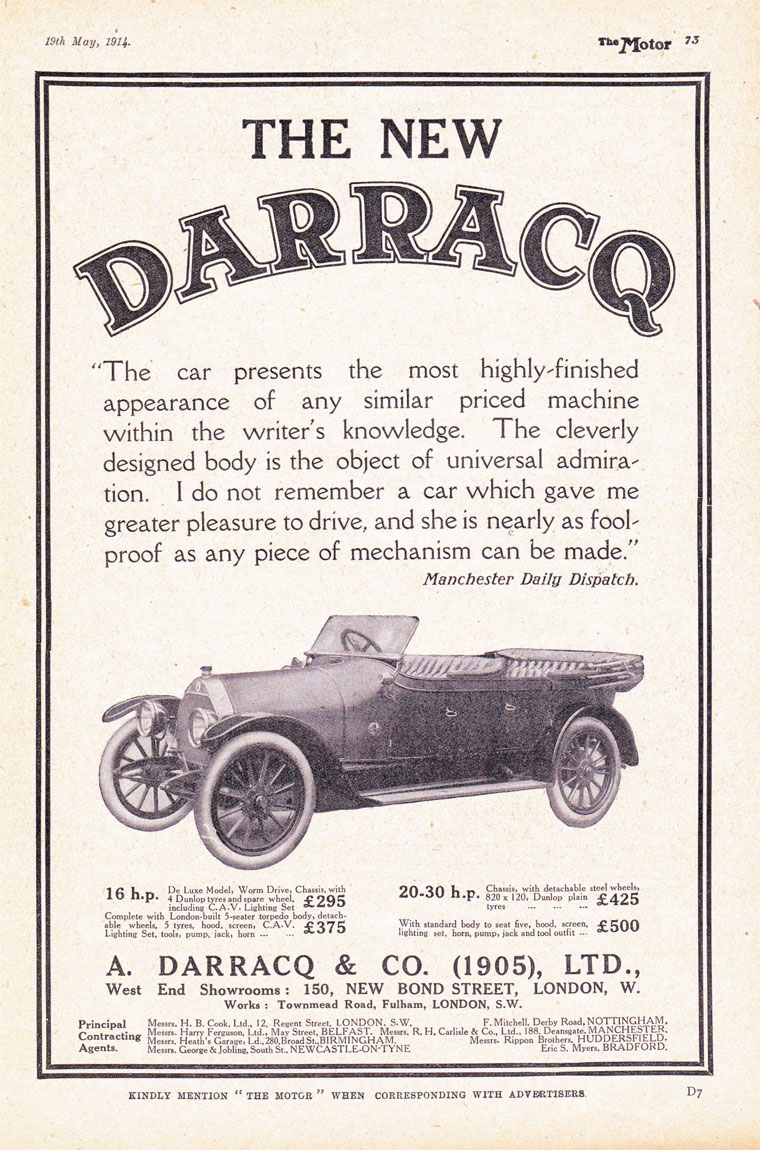 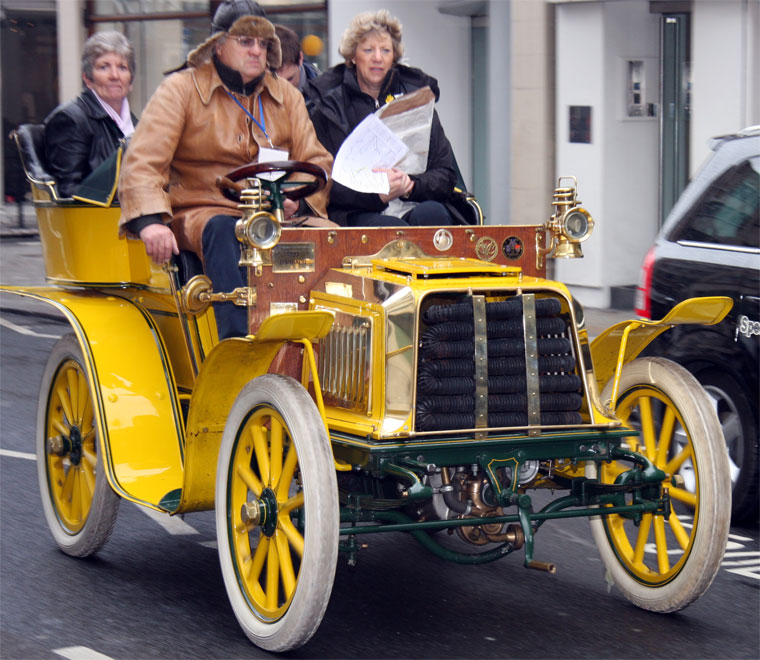 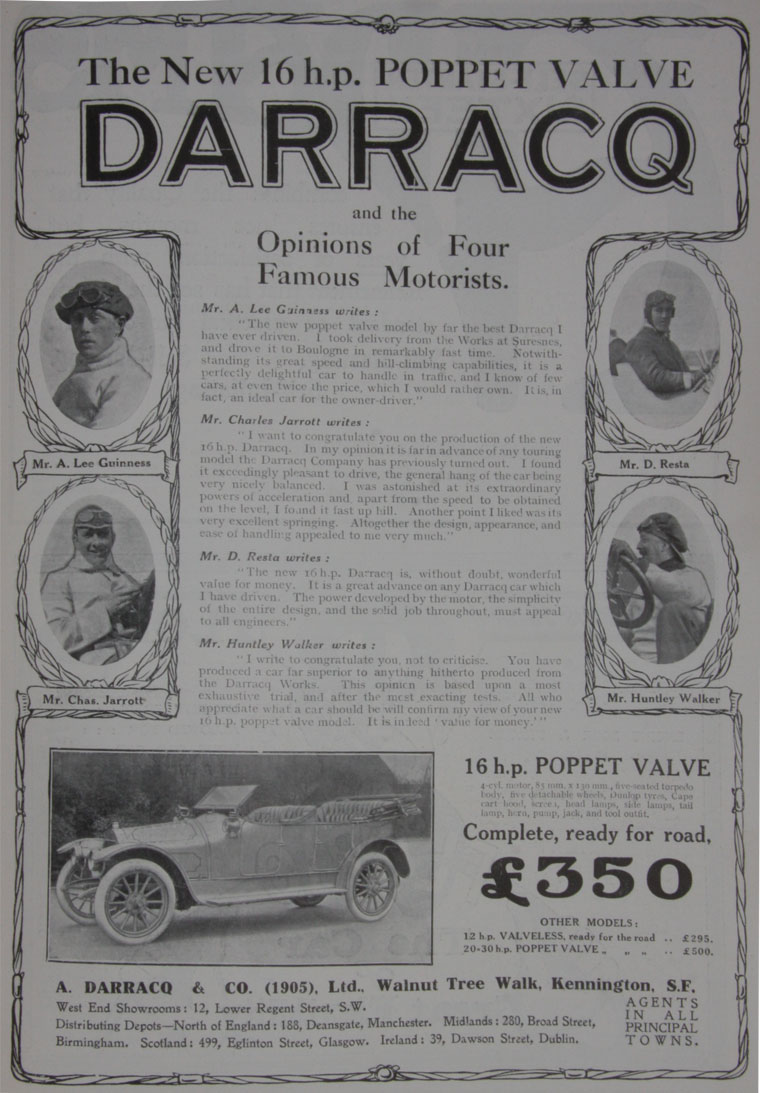 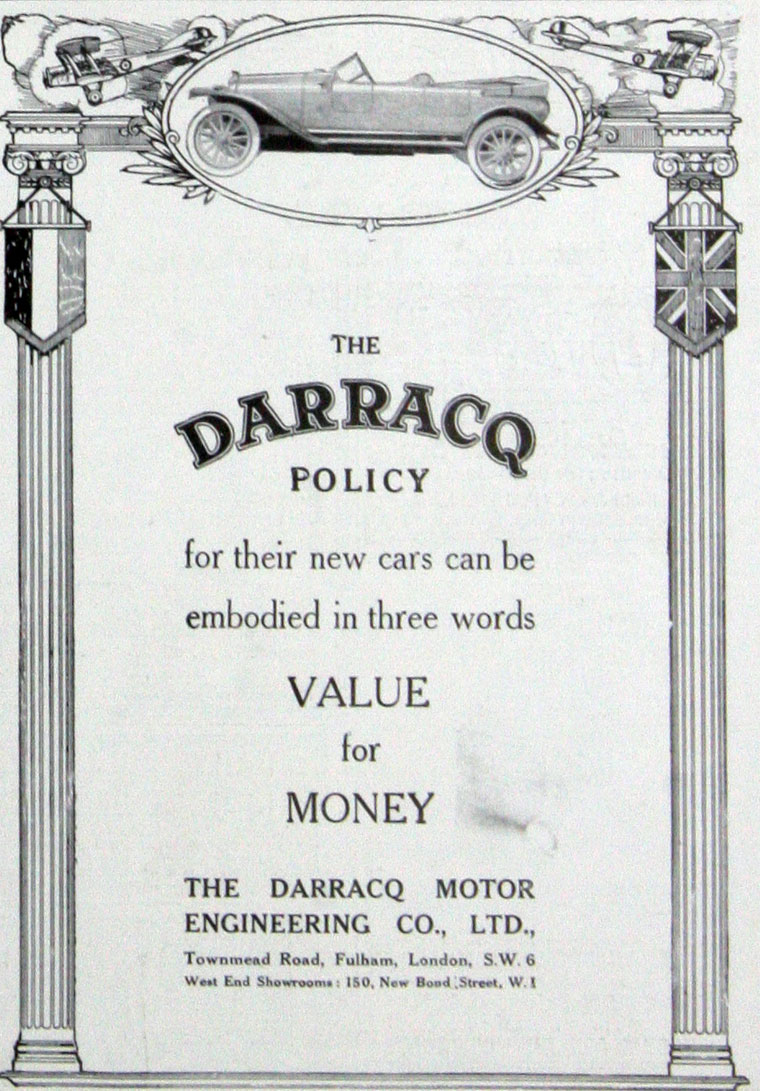 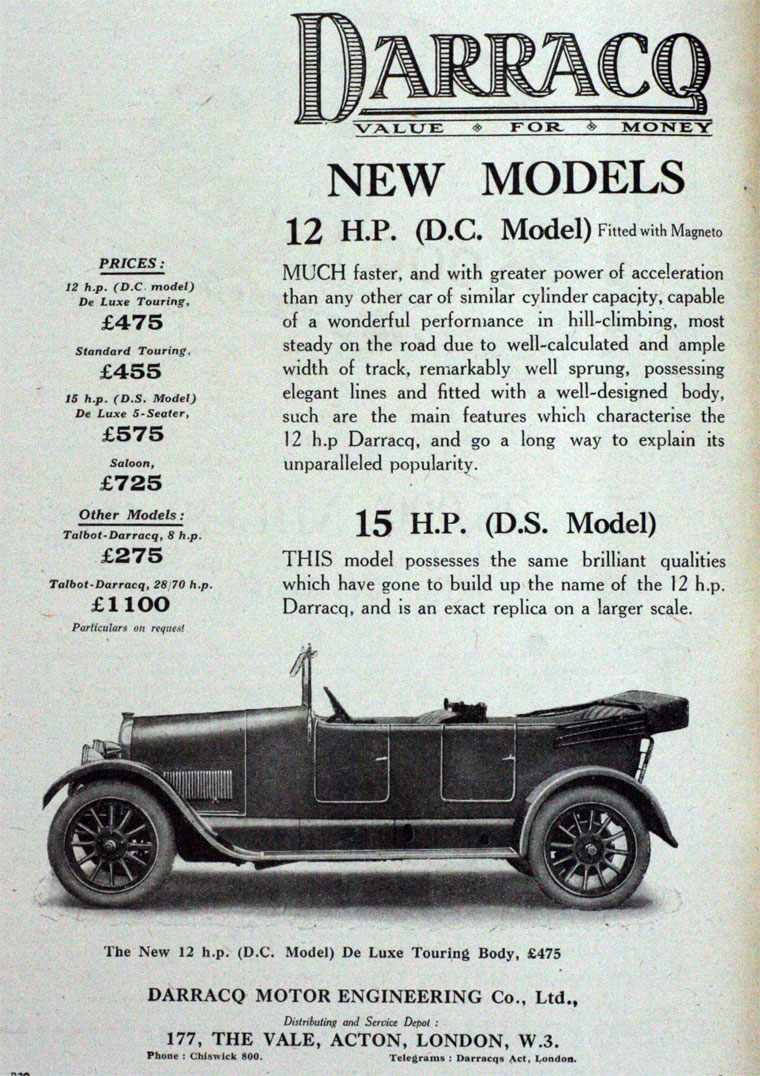 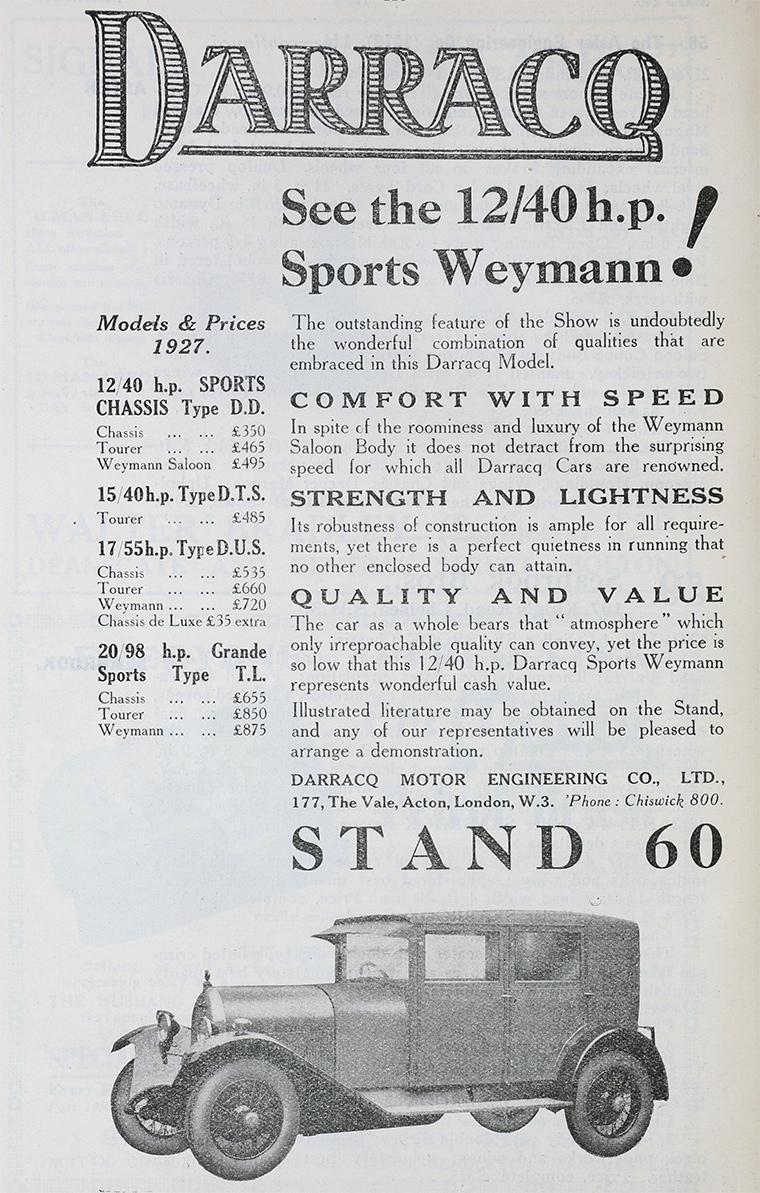 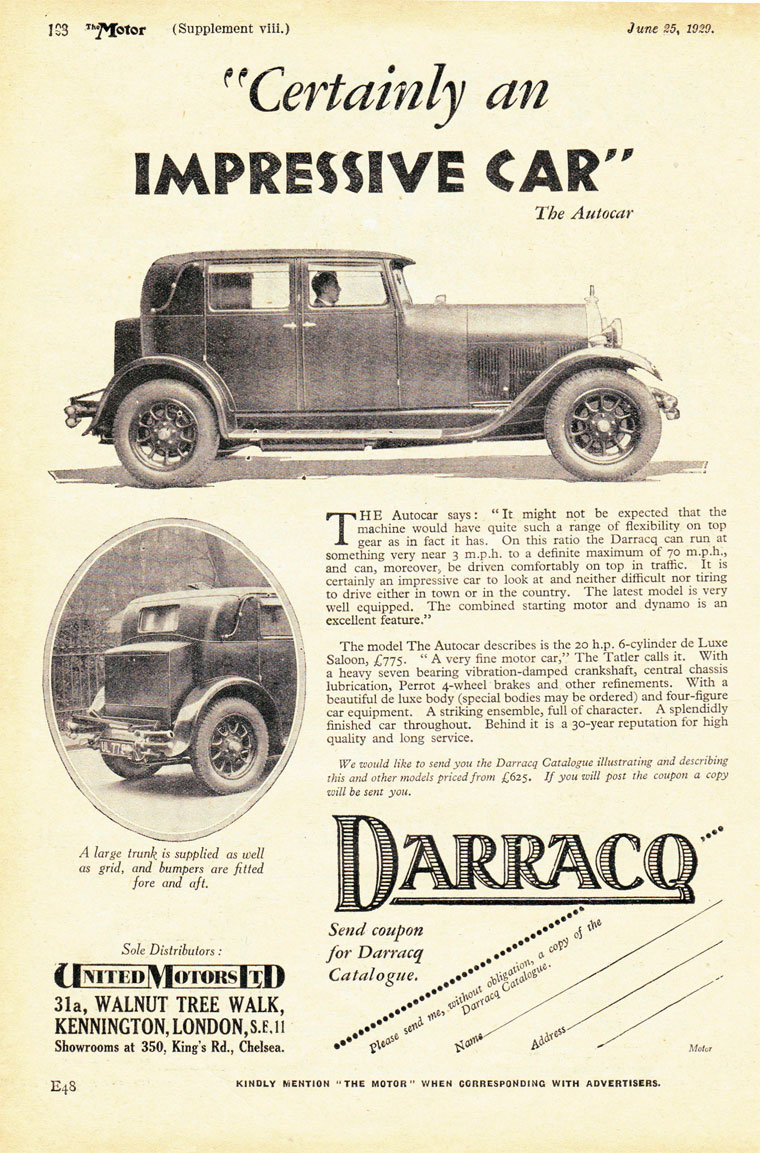 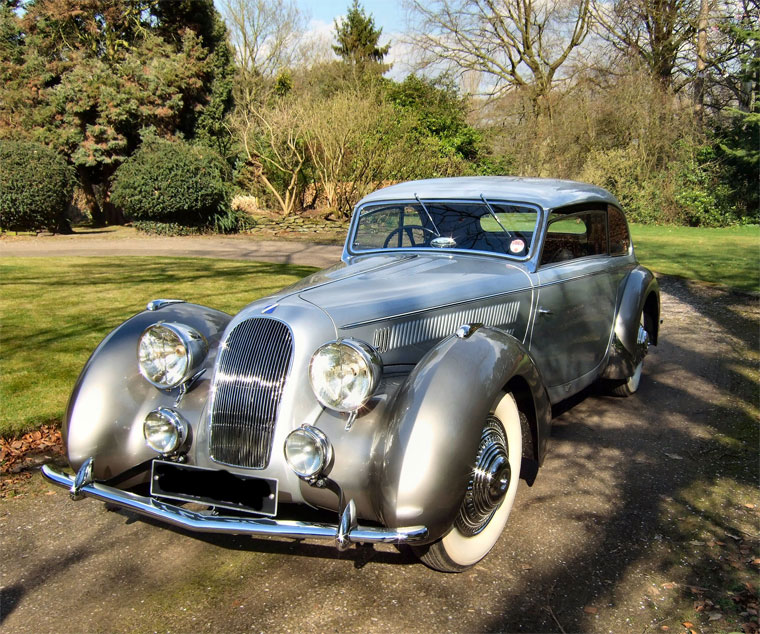 Vehicle manufacturers, of Suresnes, France, and of Coleman Street, London.

Using part of the substantial profit he had made from selling his Gladiator bicycle factory, Alexandre Darracq began operating from a plant in the Parisian suburb of Suresnes. The company started by building electric motor carriages until 1900 when they produced their first vehicle with an internal combustion engine engine to a Léon Bollée design. This was not a success and in early 1901 they launched a single cylinder 6.5 hp light car designed by Paul Ribeyrolles. This was Darracq’s first successful model.

In 1902, Alexandre Darracq signed a contract with Adam Opel to jointly produce vehicles in the German Empire under the brand name Opel Darracq.

In late 1902, a consortium of London financial interest led by Alfred Rawlinson initiated a takeover of Darracq resulting in the creation in early 1903 of A. Darracq and Co. Ltd. Alexandre Darracq was managing director and the chairman was JS Smith-Winby. [2]

1904 The Darracq automobile company prospered and the 1904 "Famous Fifteen" was a production model of exceptional quality that helped the company capture a ten percent share of the French auto market.

1905 Three years later, the company expanded to Britain, incorporating the A. Darracq Company (1905) Limited with a capitalization of £650,000. The company was registered on 17 November, to take over the motor manufacturing business of a company of almost similar title. [3]

1905 Ribeyrolles designed a 22.4 litre V8 with ohv which took the Land Speed Record on a public road at Arles with a speed of 108.5 mph. This brilliant engine can be considered as the ancestor of all subsequent V8s. The car later proved capable of 120 mph and can be seen in VSCC events. [4]

In the summer of 1912, following the failure of a range of new models incorporating a rotary valve under Henriod patents, Alexandre Darracq resigned and retired from the motor industry, having earlier taken the precaution of unloading his shares. The controlling British financial interests recruited Owen Clegg who relocated to the Paris headquarters to take over as the chief engineer of the company, with Walter Hopkins as general manager. During World War I, the Darracq factory was converted to the production of various war materials. [7]

During World War I, the Darracq factory was converted to the production of various war materials.

1914 Listed as motor car manufacturers, their speciality being Darracq motors. [8]

1918 Expansion of share capital to fund the acquisition of a substantial interest in Heenan and Froude construction engineers of Worcester and Manchester[9].

1919 Darracq took over Clement Talbot including the British Talbot and Talbot models. Cars built at at Suresnes were then marketed as Talbot-Darracq[11].

1920-1922 Cars built at Suresnes, and early examples of the 8hp built by London Talbot, were badged as Talbot-Darracq.

1923 - 1934 Suresnes built cars, now called Talbot in France, that continued to be imported into GB badged as Darracq. The Darracq works in Acton built bodies for the other STD marques, chiefly Talbot from Ladbroke Grove.

1935 When Rootes took over Sunbeam and Talbot following the bankruptcy of STD Motors, Anthony Lago, backed by British financiers, used an option he held to buy the plant at Suresnes. Cars built there were eventually called Talbot-Lago, but up to 1939 they continued to be badged as Darracq if imported into GB to avoid infringing Rootes Group's right to the Talbot name in GB.[15]