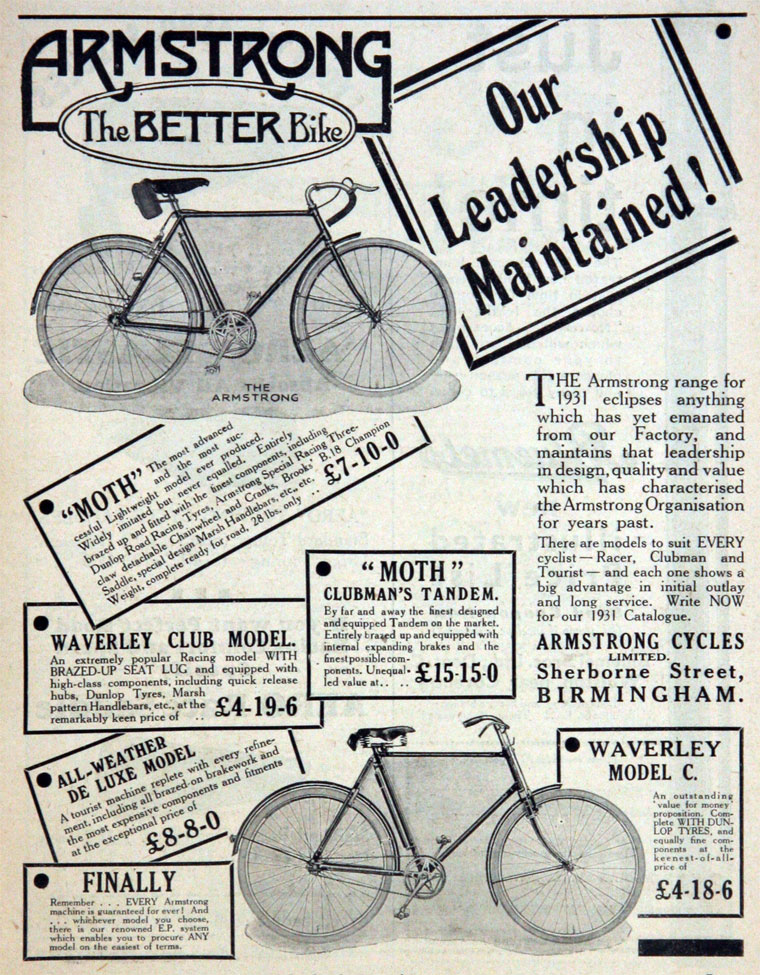 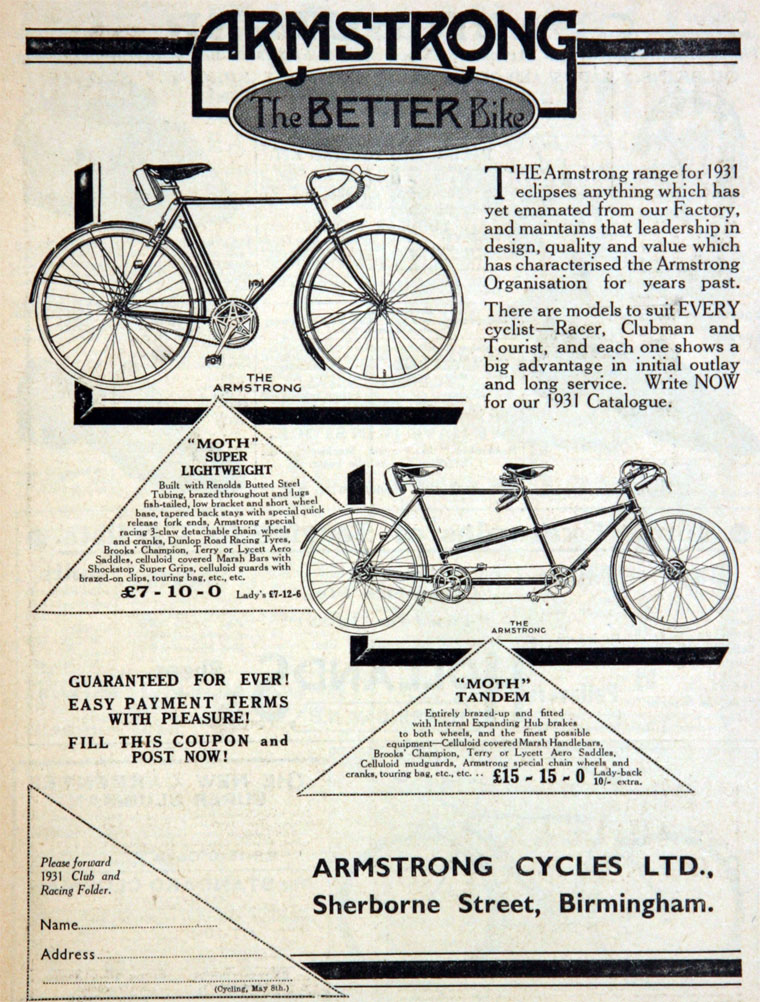 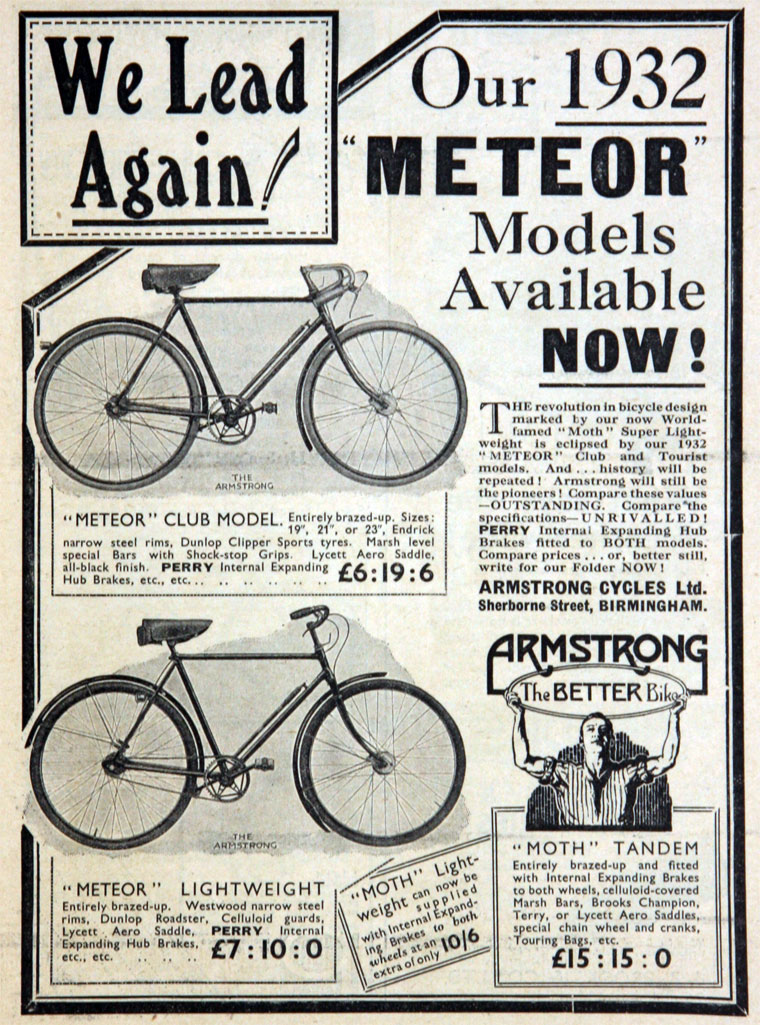 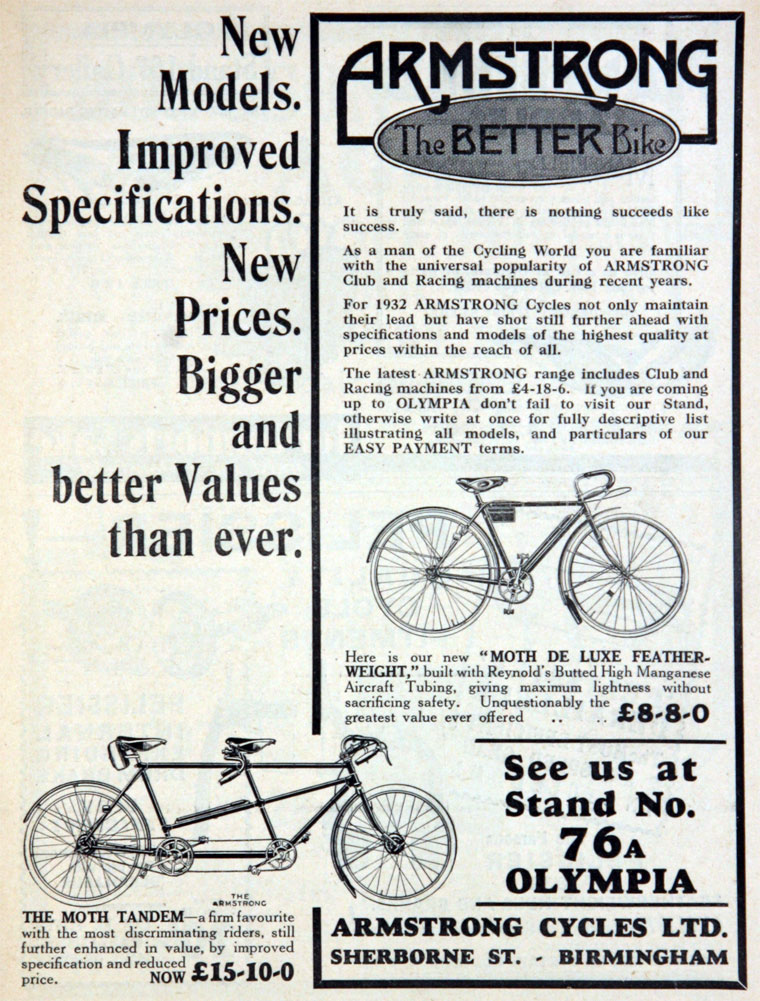 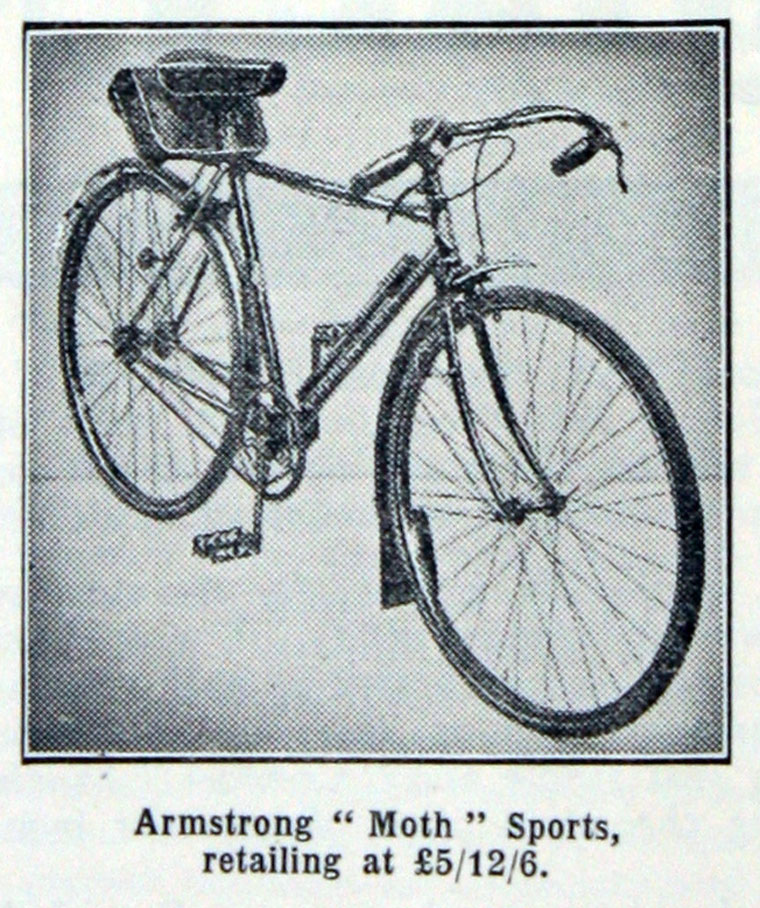 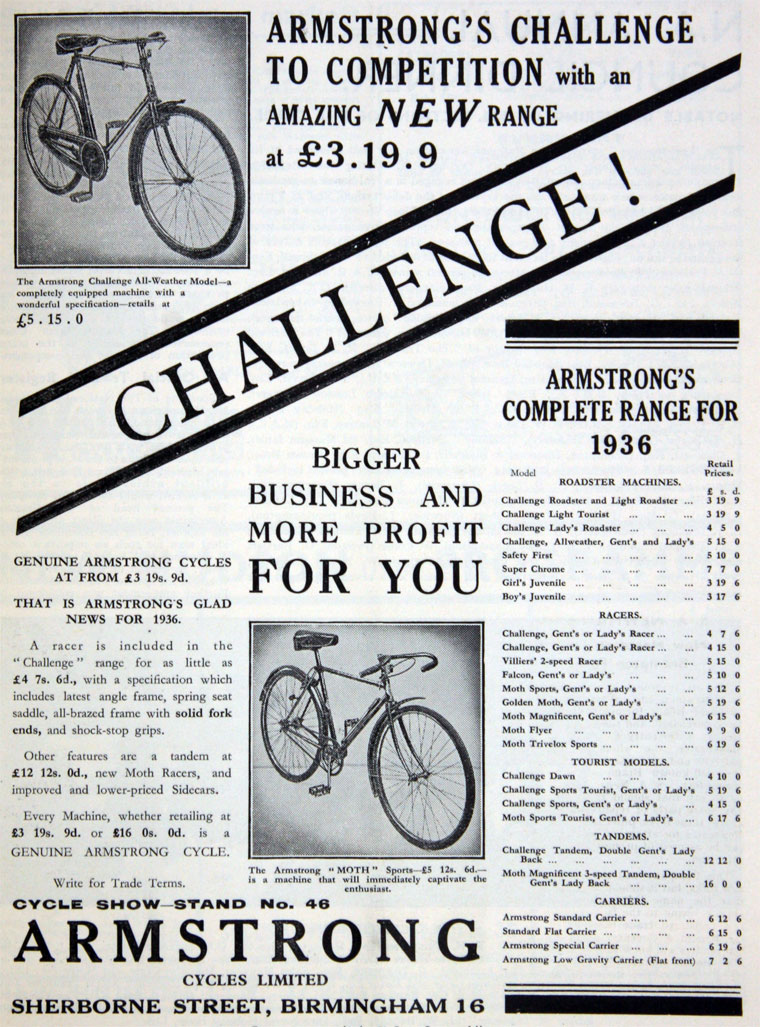 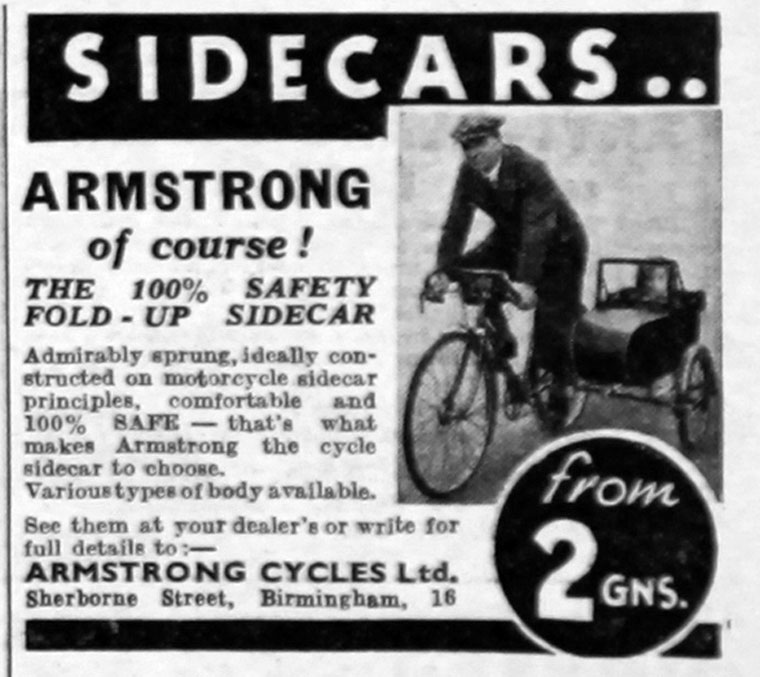 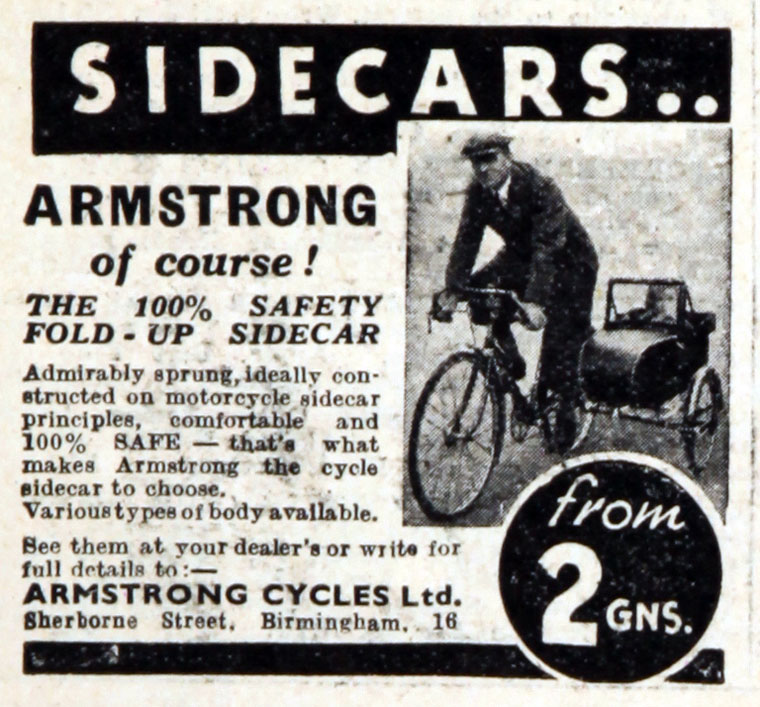 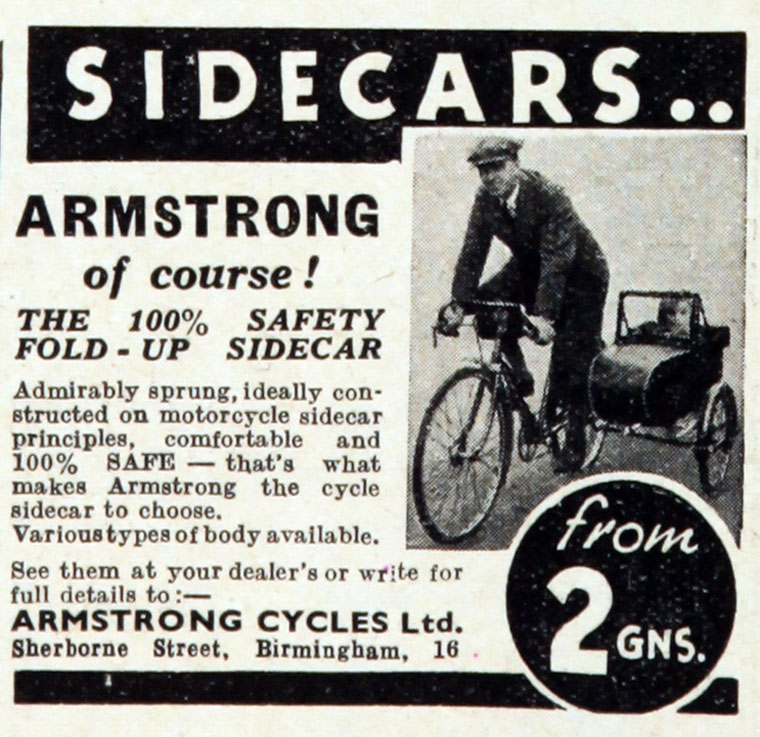 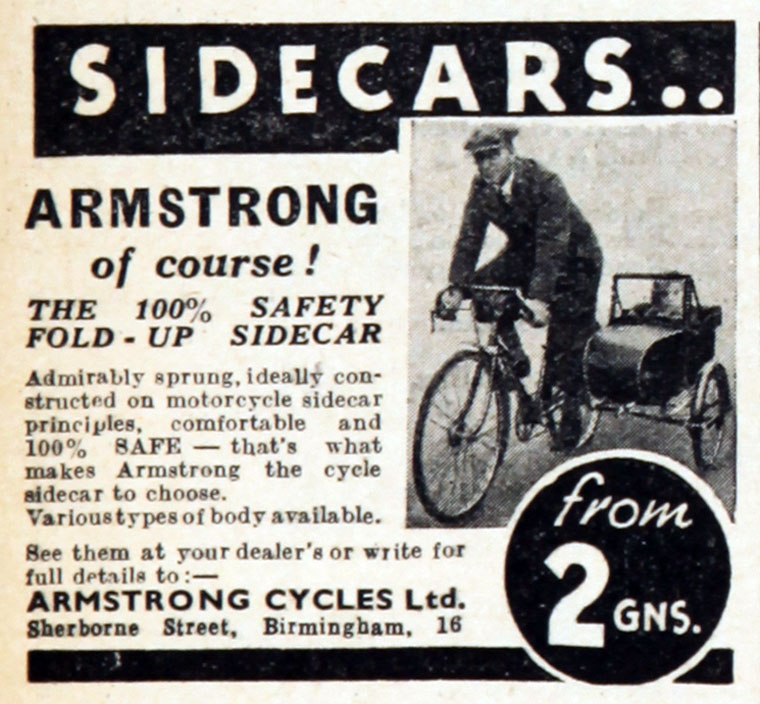 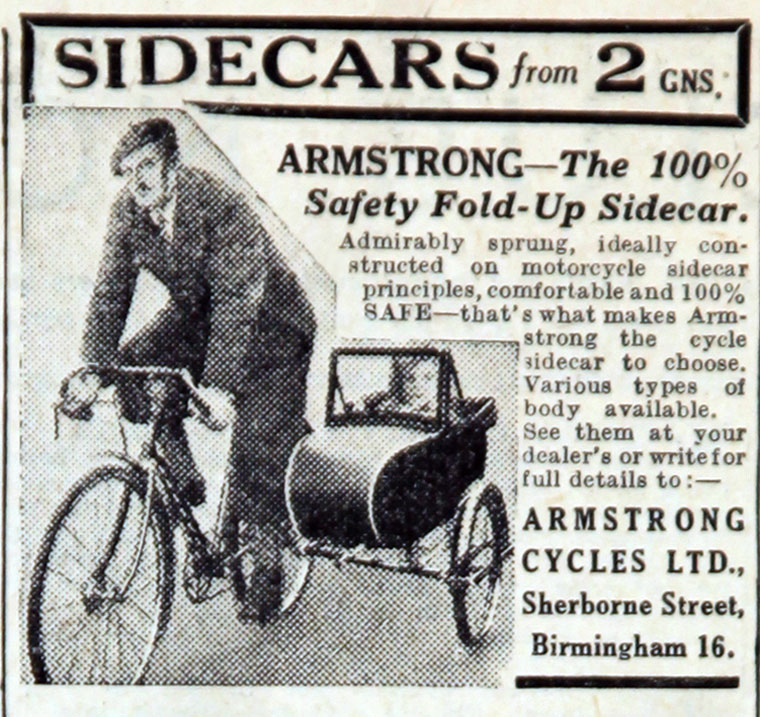 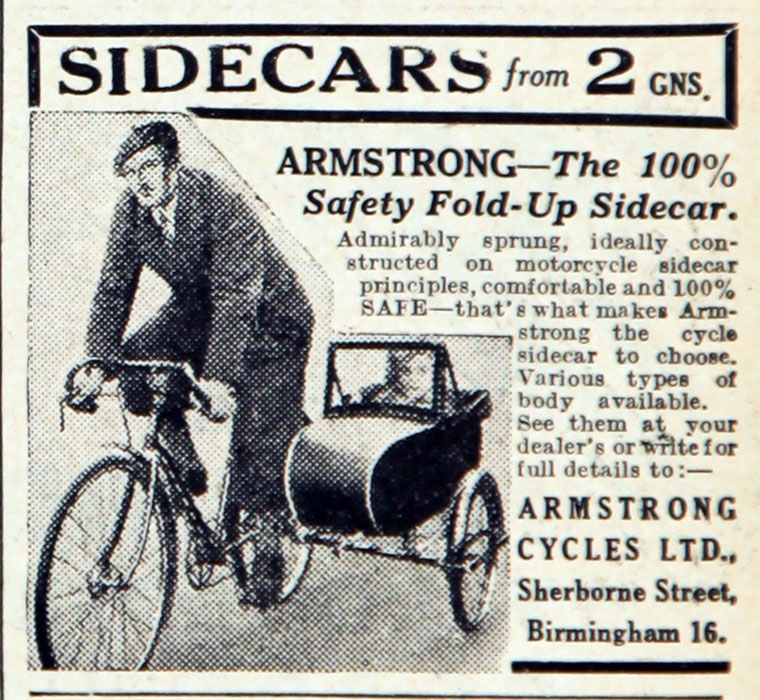 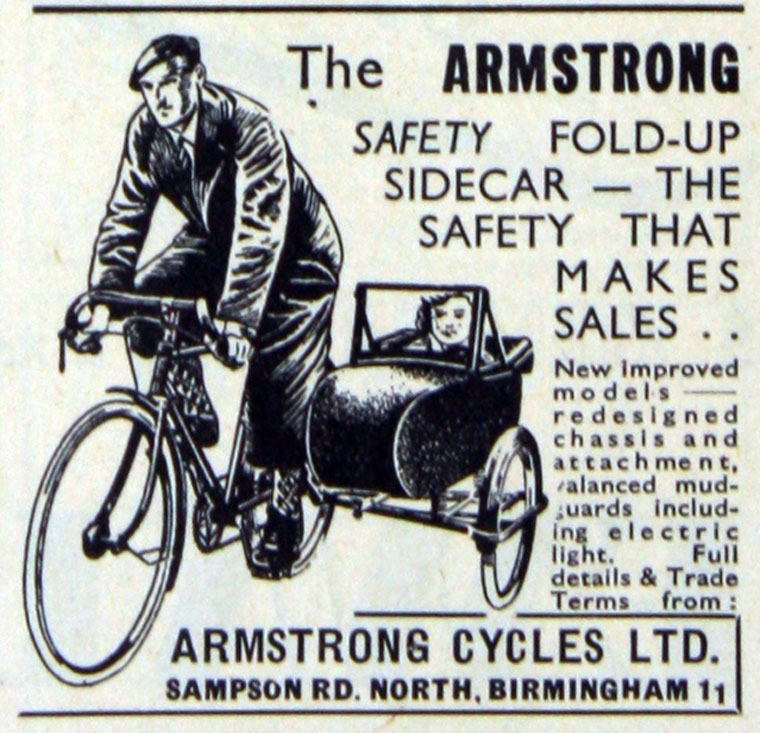 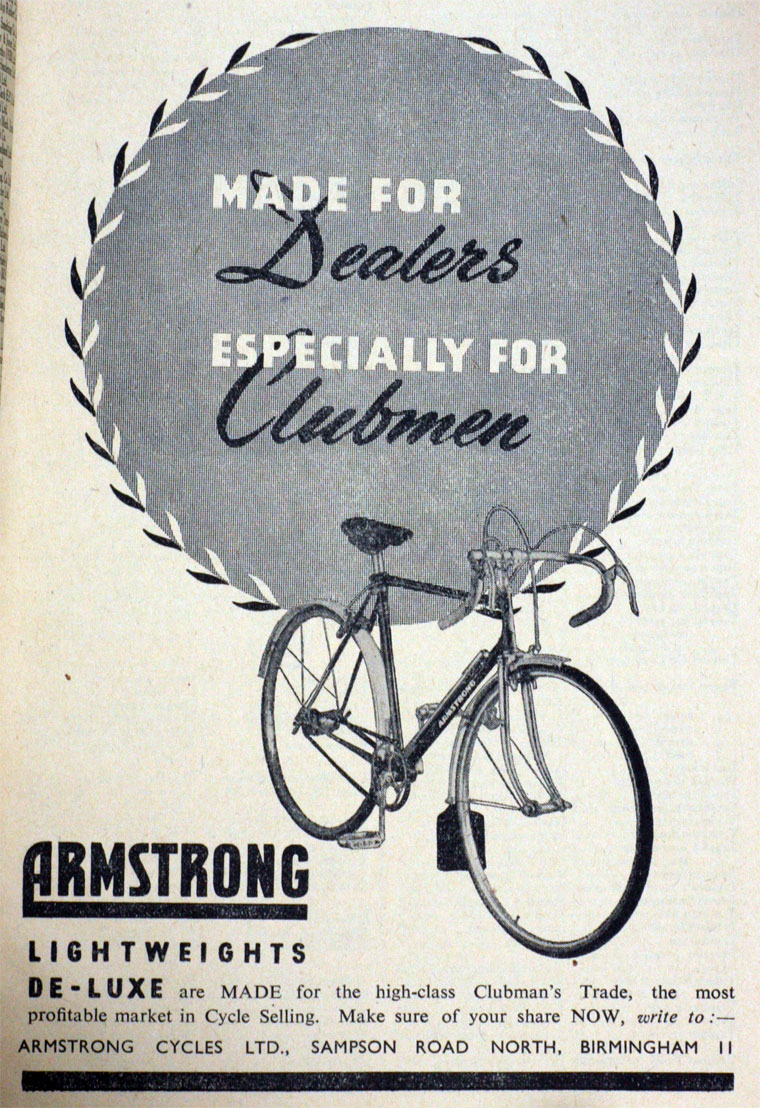 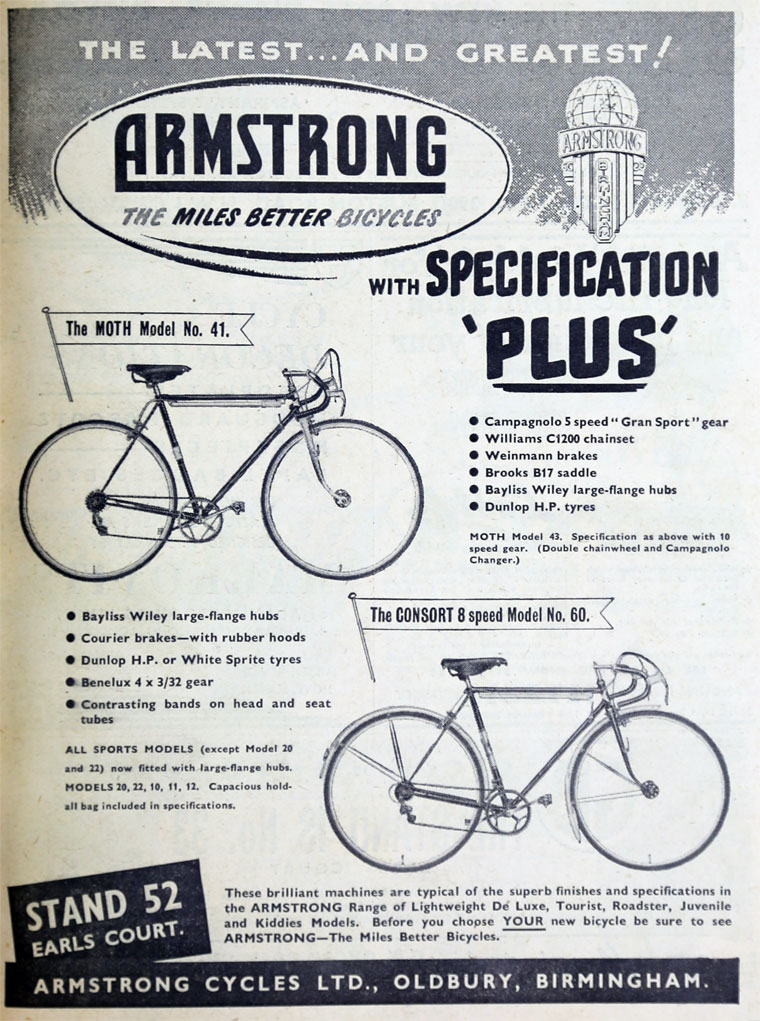 of Sampson Rd North, Birmingham (after 1935)

1936 The "Armstrong Moth" and "Armstrong Peerless". The Fold-up Sidecar.

1956 The British Cycle Corporation was formed, as a subsidiary, to take over and control Tube Investments bicycle-making subsidiaries in the Birmingham area, namely Armstrong Cycles, Brampton Fittings, Hercules Cycle and Motor Co, Phillips Cycles, and Walton and Brown[1]; the activities would be concentrated in a large factory at Handsworth; large redundancies followed; Norman was also in the TI group but does not seem to have been included in the new Corporation.