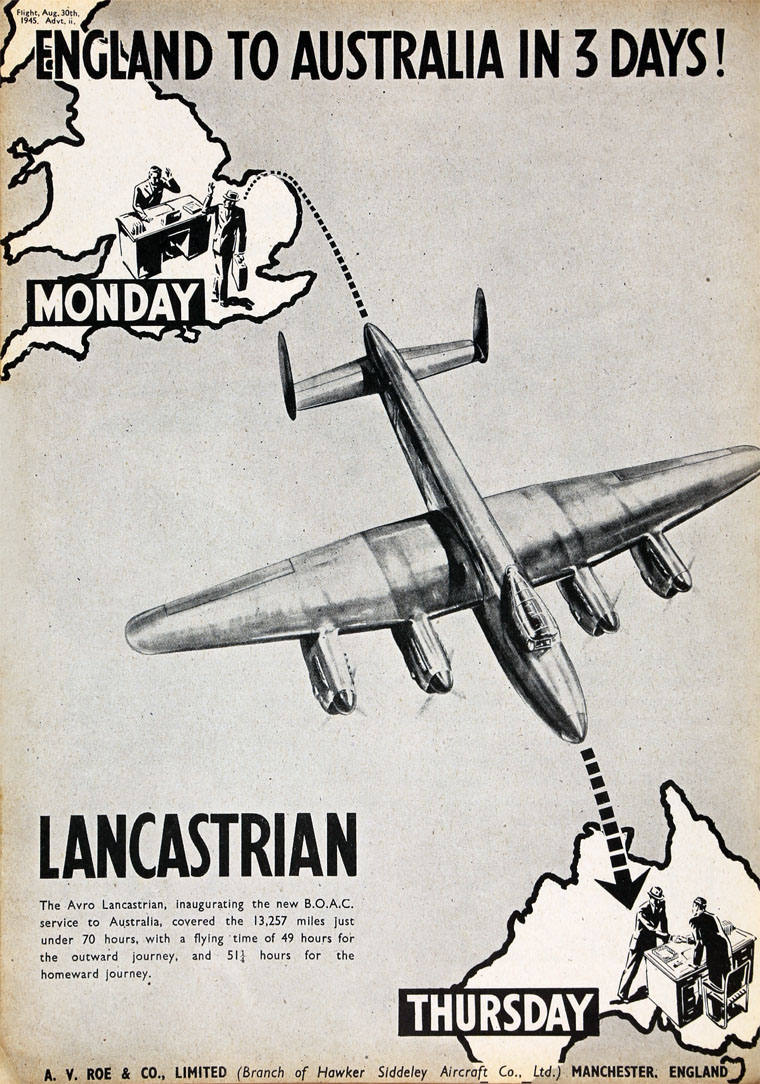 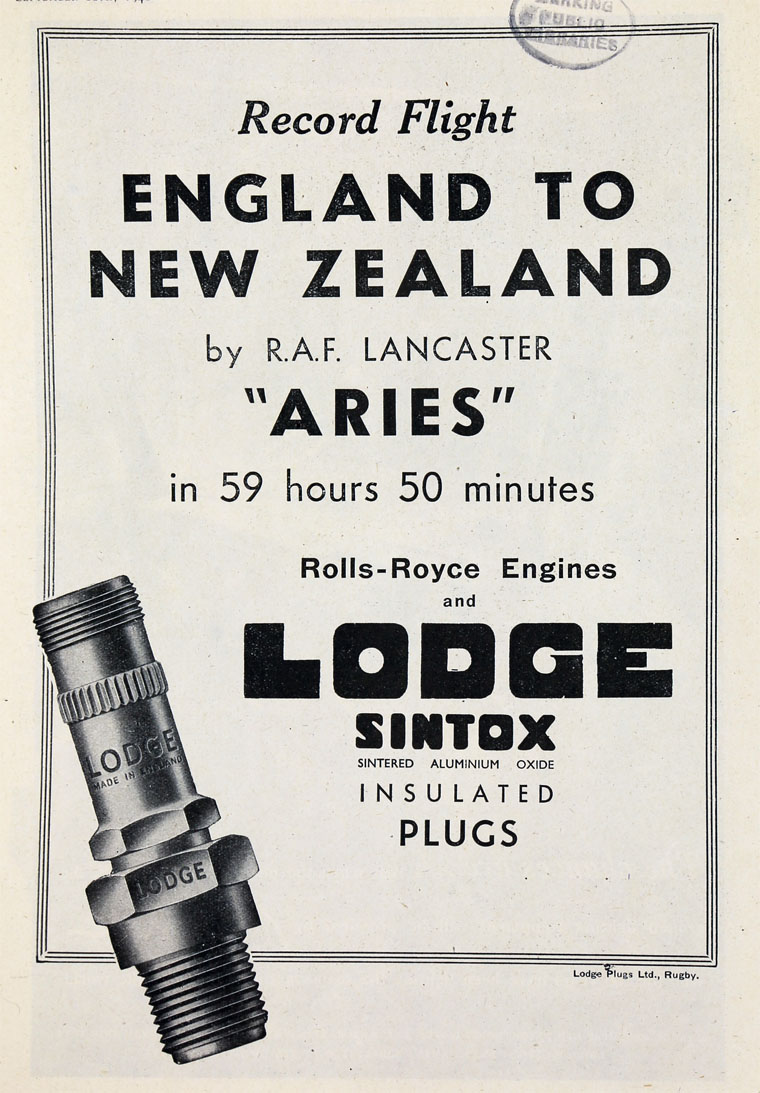 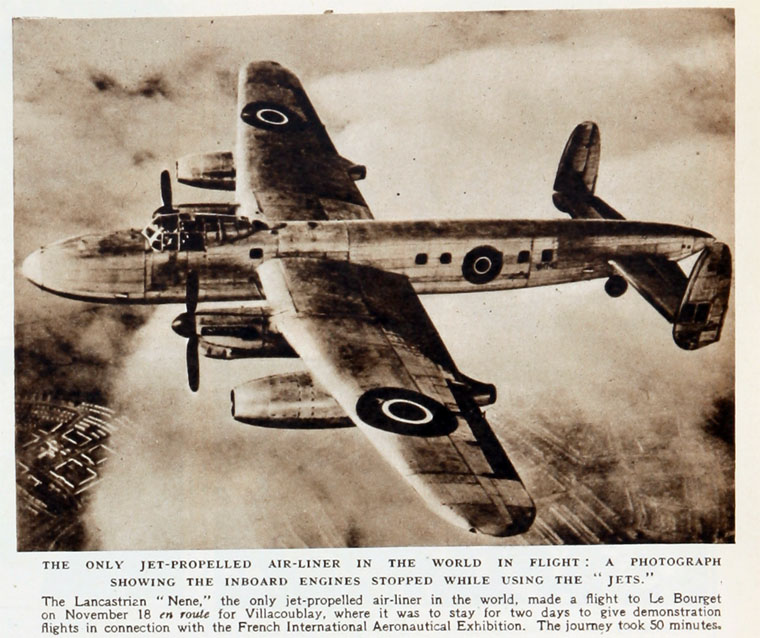 The Avro 691 Lancastrian was a Canadian and British passenger and mail transport aircraft of the 1940s and 1950s developed from the Avro Lancaster heavy bomber. The Lancaster was named after Lancaster, Lancashire; a Lancastrian is an inhabitant of Lancashire.

The Lancastrian was basically a modified Lancaster bomber without armour or armament and with the gun turrets replaced by streamlined metal fairings, including a new nose section. The initial batch was converted directly from Lancasters; later batches were new builds.

The Lancastrian was fast, had a long range, and was capable of carrying a heavy load, but space inside was very limited as the Lancaster had been designed with space for its seven crew dispersed throughout the fuselage, and the 33 ft (10.05 m) long bomb bay. Consequently, it was not suited to carry large numbers of passengers, but was suitable for mail and a small number of VIP passengers. BOAC used it for flights between England and Australia from 31 May 1945. It also served with the RAF; RAF Lancaster I serial number PD328, was converted to a Lancastrian and renamed Aries, as well as serving with QANTAS and Flota Aérea Mercante Argentina.[2]

On 2 August 1947 Lancastrian G-AGWH Star Dust of British South American Airways was lost in the Argentine Andes, whilst en route from Buenos Aires, Argentina, to Santiago, Chile. The probable cause of the crash was a navigation error due to the then-unknown effect of the fast-moving jetstream.

See the article about the Stardust accident on Wikipedia here.