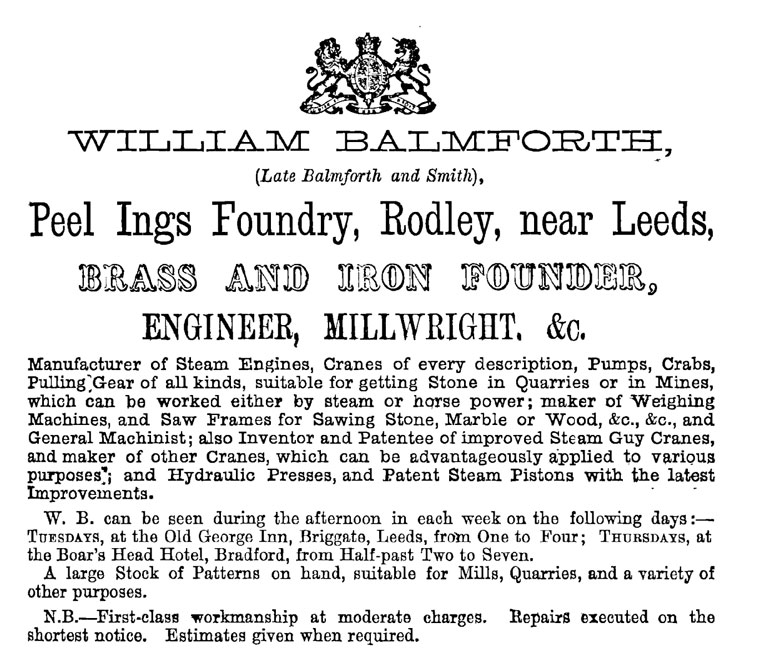 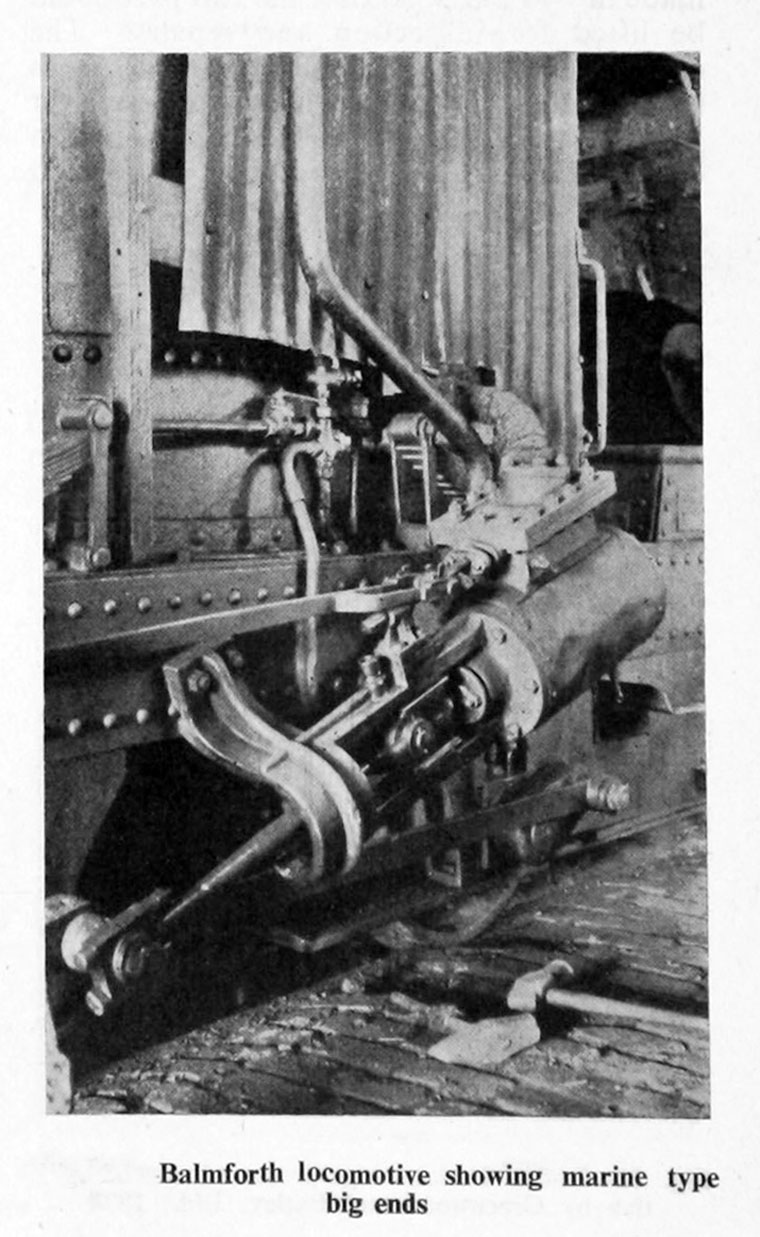 Balmforth Brothers of Peel Ings Foundry, Rodley were manufacturers of steam cranes, hoists and types of lifting gear, and locomotives.

1840 The output of the firm consisted mainly of hand operated guy and derrick cranes.

1841 Balmforth, Smith and Booth, millwrights of Calverley, Pudsey (near Rodley)[1]

1841 July. Mention of Balmforth, Smith and Booth erecting machinery at a mill at Newlay.[2]

1847 January. Jeremiah Booth sold his one-third interest in Balmforth, Smith and Co to his two partners[3] and started on his own account in adjacent works at Rodley - see Joseph Booth and Brothers.

1858 William Fras. and Jeremiah Balmforth were millwrights in Bramley near Leeds[4]

1890s Built two locomotives for Eure Pits Limestone Quarry near Dalton-in-Furness (C W Hunter and Co). These were 0-4-0 locos with vertical-boilers. One later worked on the Vickerstown construction project at Barrow. One of these engines was photographed in 1903 at Crooklands. [10]

The company carried on until 1897 when William's two sons took control and changed the name to Balmforth Brothers.

1909 EGM called to agree on liquidation of the company[11]