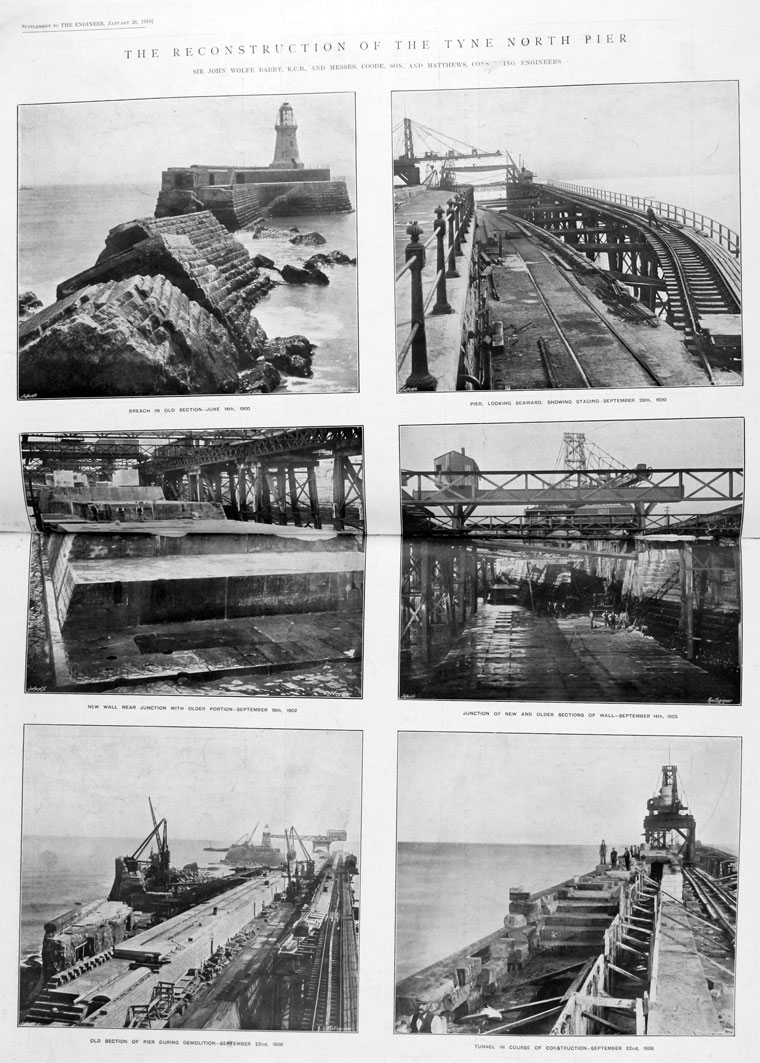 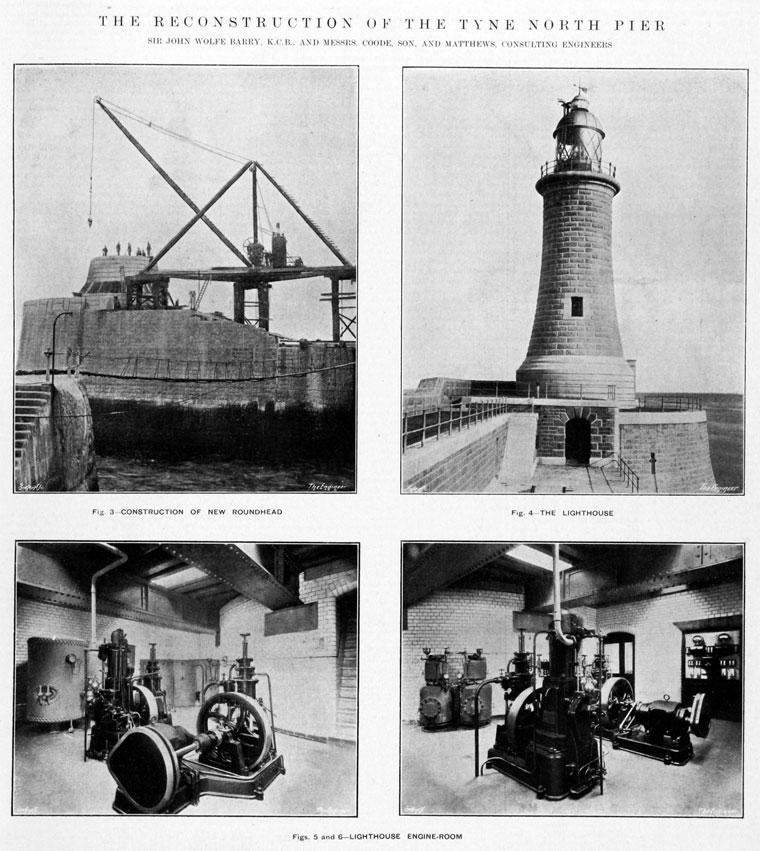 1910.The Reconstruction of the Tyne North Pier.

c.1864 The Corporation of Penzance consulted John Coode on extensive harbour improvements. Coode entrusted William Matthews with the task of making a comprehensive survey of the harbour. As a result Coode offered Matthews a post on the engineering staff of his London office. Matthews speedily rose to be chief assistant.

1865 John Coode advised the Hodbarrow Mining Co about their harbour in the Duddon estuary. Subsequently he advised them on several occasions on pier construction and sea defence. At one point, while Sir John was in Australia, Mr. Matthews advised the Hodbarrow company about the strengthening of the timber revetment which had been breached by the sea during a heavy storm.

c.1885 Sir John Coode and Mr. Matthews designed a sea wall and embankment to exclude the sea from a sufficient area of the foreshore to enable the company to win the ore up to high water mark.

1892 William Matthews was made a partner in the firm, which also included John Charles Coode, and was then carried on under the style of Coode, Son and Matthews.

1912 Sir Maurice Fitzmaurice joined the firm of Coode, Son and Matthews, and was a partner in the firm at the time of his death in 1924.

1921 Alec George Vaughan-Lee and Hugh Henry Gordon Mitchell were taken into the partnership.

On the retirement of Sir William Matthews, the name of the firm was changed to Coode, Fitzmaurice, Wilson and Mitchell,